My artistic and literary crushes this year were numerous, and despite being exhausted by best of lists by early December, here are a few things that blew my mind/heart/etc. in 2013: 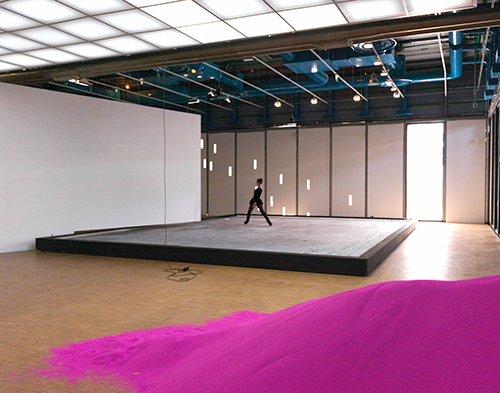 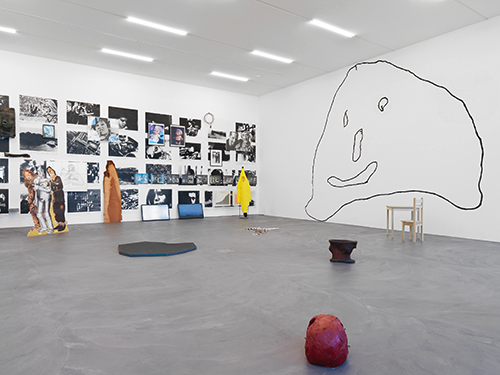 The current surveys of Lutz Bacher, at Kunsthalle Zurich, and Mira Schendel, at Tate Modern, London, are both language-strewn, and bracingly Catholic in their tastes and concerns, albeit in departing ways. Their expert, alienating use of sign and image made my heart hurt, and my brain feel untenable, in the best way possible. Also: Bacher’s ‘Detour’ wallpaper featuring an austere, degraded black-and-white grid of Guy Debord film stills and text fragments now covers the walls of my imaginary dream house. 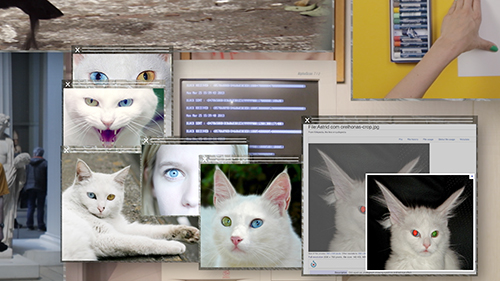 Likewise, the essay films of Camille Henrot and Akram Zaatari at the 55th Venice Biennale – with their moving confluence of voice-over and subtitle with moving images – captured my attention. The creation tale of Henrot’s *_Grosse Fatigue*_ (2013) at the Arsenale, has stayed with me since I saw it last summer, as has Zaatari’s *_Letter to a Refusing Pilot*_ (2013), nodding to Camus, at the Lebanese Pavilion. Both placed the idea of literature and its disparate forms (the oral creation story, the philosophical missive) within the swiftly moving frames of film. 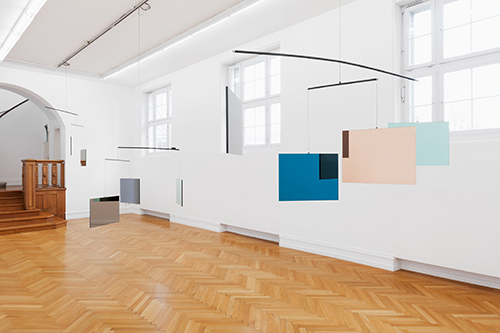 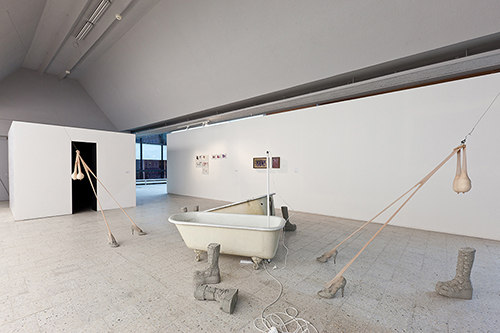 In Poland for a reading, I fell for In the Heart of the Country*, the first presentation of its nascent collection at the *Museum of Modern Art, Warsaw. What does it mean to begin assembling a permanent collection of a museum of ‘modern art’ in the early 21st century? This show, with its many works by contemporary women artists, gives an idea of how this strange, speculative, and totally necessary project might go forward, and how our contemporary history might be written for the future. And despite the exhaustingly familiar male milieu of Dancing around the Bride: Cage, Cunningham, Johns, Rauschenberg, and Duchamp* at the *Philadelphia Museum of Art, the show was also excellent.

The books that spent the most time in my bag this year were *Emmanuel Hocquard’s The Invention of Glass* (Canarium); *Chris Kraus’s Summer of Hate* (Semiotexte); *Anne Carson’s red doc >* (Knopf); and *Lisa Robertson’s R’s Boat* (University of California Press). Also exemplary is *castillo/corrales’s The Social Life of the Book* pamphlet series, particularly *Louis Lüthi’s Infant A* (Paraguay Press), which uses a Wallace Stevens poem to frame an imaginary conversation with conceptual artist, writer, and bookseller Ulises Carrión (1941–1989). In terms of critical writing, *Kaelen Wilson-Goldie’s criticism for Artforum and Frieze* made me hopeful of the field’s continuing possibility as a space of literature, feminism, style, and aesthetics. 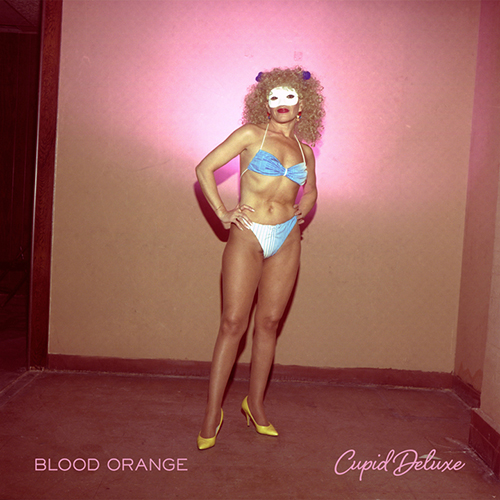 My listening lately has been dominated by the feuding Solange Knowles and Devonté Hynes, each of whom just released amazing albums. The Knowles-produced compilation Saint Heron* features her excellent *_Cash In*_ and the best new Cassie song since Me & U. Hyne’s *_Cupid Deluxe*_ (Domino Records), his second album as *Blood Orange, meanwhile, is addictive in the extreme. Also: the eighties-rock-anthem-entranced Jewish sisters from LA, Haim, and the many Euro remixes of Don’t Save Me. Besides all this pop, Stephen O’Malley’s droning guitar performance for Within the Horizon of the Object, at Ausstellungsraum Klingental, Basel, was totally transporting, and Paolo Thorsen-Nagel’s live, ‘improvised film score for an unfilmed film’ in front of the Grand Hotel Locarno, for The State of Things, at La Rada, Locarno (a collaboration with Annette Amberg), was everything.

Online, I was super happy with the bag of deftly curated film programmes streaming through my laptop this year: the Agnes Varda retrospective at Doc Alliance Films, (dafilms.com), in February; the estimable monthly short film programme www.Vdrome.org, curated by Filipa Ramos; and Jennifer West’s Warm Bodies in a Room: A Derive/Drift Through 80 Films* that I saw on http://vimeo.com/jenniferwest in November. Also fantastic: the online Interview with *Chantal Akerman, by Ricky D’Ambrose, from November, in which the seminal filmmaker talks revealingly about her early film, *_News From Home*_ (1978), a personal favorite, and wears a shirt held together by exactly one button, as someone adroitly pointed out on Twitter. 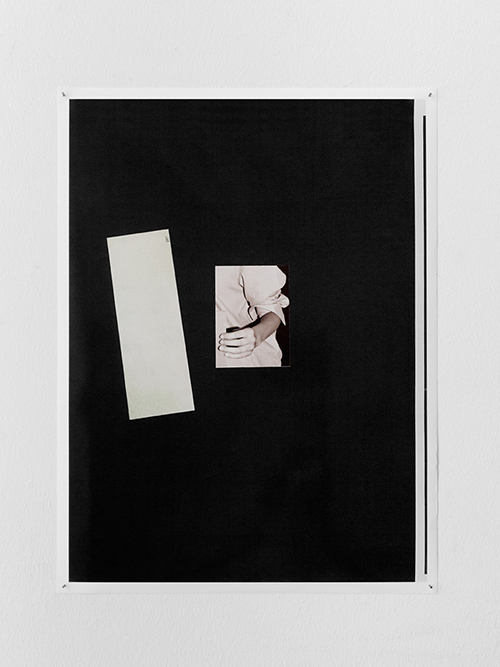 Finally, a photograph by the Paris-based Swiss artist *Hagar Schmidhalter, 197* (2013), became a talisman, of sorts, for me in 2013, as it seemed to encapsulate the privacy and politics of the ever-spectral and yet material maker, looking up from her style (to borrow a spectacular turn of phrase from poet Lisa Robertson).