Time for our annual end of year highlights. Chosen by our regular writers, contributing editors and ourselves, the best and the memorable of 2014 in art and culture. First up, regular writer Elvia Wilk. 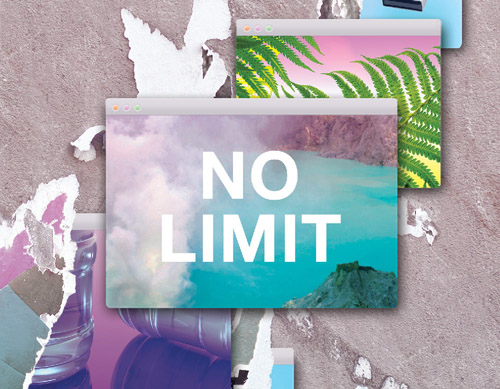 This was a year for reading. While working on this list I kept trying to make balanced choices – a few books, some exhibitions, a couple movies and a building or two – but everything at the top still ended up looking a lot like a book, and so in the end I decided not to force a democratic process. Without making any grand statements about the ability of books to deal with political realities in a way that I have not found in visual art lately, here are the best things I read in 2014.

No Limit, a novella by Holly Childs (Hologram Books):
‘Mack bounces loose from the sexual scrum and says, “Fuck! That sex is seething! So hot, like total Pompeii styles.” He looks at his phone. He’s trying to bid on vegan Nikes on eBay, but his 3G has dropped out. “Fuck! Why do the auctions always end in the middle of the night when I’m trying to party? I can’t even deal.” ‘

Starstruck, a novella by Rajeev Balasubramanyam (Fiktion):
‘“Born in the USA!” sang Bush.
“Born in the USA!” I echoed.
“Hey”, I said, drunkenly, “Isn’t this song kind of anti you guys?”
“Who cares?” said Bush. “My son got it wrong. If you’re against us, you’re still with us, ’cause you got no fucking choice, and that, my friend, is politics.”’

All Russians Love Birch Trees, a novel by Olga Grjasnowa (Other Press, [German-English translation] ) :
‘Daniel called himself anti-German, by which he meant Judeophile, pro-American, and somehow radical left. He was of the type who constantly wanted to save the world through one project or another. First it was nuclear energy, then the rain forest, organic food, and finally the Jews. He especially had a thing for them.’

Ecology of Secrets, a novella by William Kherbek (Arcadia Missa, [technically 2013, but I will make the case for Timelessness]):
‘Is this bollocks? Answer: Yes, Sir, it’s bollocks. It looks like some chav-let’s text message to his m8s about when they’re going go smoke some melted offcuts from Legoland and bottle-rape a pensioner. Can you idiotz not tipe down n TUNEL OPS? Now I have to call this goat’s scrotum of an operation CHSTERTON so that it doesn’t look like you fuck ups are a load of fuck ups. How’s that for deep fucking cover?”

24/7, a too-real book by Jonathan Crary (Verso [also technically 2013, but that was just the hardcover]):
‘Even within habitual repetitions there remains a thread of hope – a knowingly false hope – that one more click or touch might open up onto something to redeem the overwhelming monotony within which [we are all] immersed.’

Glow, a novel by Ned Beauman (Sceptre):
‘It’s as if some phenomenological anode inside him has been swapped with its cathode, so that every sensation is replaced by another of exactly inverse quality and equal intensity: petals for skin, perfume for sweat, cold for heat, silence for noise, anthocyanins for disco lights.’

Lost for Words, a novel by Edward St. Aubyn (Farrar, Straus and Giroux):
“After all, young writers were the future, or at any rate, would be the future – if they were still around and being published. You couldn’t go wrong with the future.”

10:04, a novel by Ben Lerner (Faber & Faber):
“I’ll project myself into several futures simultaneously…a minor tremor in my hand; I’ll work my way from irony to sincerity in the sinking city, a would-be Whitman of the vulnerable grid.”

Columbine Library, Bunny Rogers’ artist book with text by Hannah Black (Societé):
‘After everyone who is going to die has / done it, peace reigns as a pause. The old / world has gone, and the new one has not / yet arrived. When the new world arrives / it will look just like the old one. The / new world will graduate, it will go to / college, it will get a job.’

Arc, a new bi-monthly science fiction mag (issue 2.2):
‘So we bettered ourselves, had us a couple of revolutions – agricultural, industrial – and then before we knew it our inventions had raised the seas and fried the atmosphere, reshuffled our knowledge and commodified our pleasures; they even stole our privacy. Our lives are good, but not fair at all – and signs are we’re coming to a stormy end.’

Ickles, Etc., a ‘critical spatial practice’ book by Mark von Schlegell (Sternberg):
‘Shut your hated, loathsome fish’s face. Quasicrystal is good for nonstick cookware and little else. Frankly, I’m starting to see that vampire’s point. Failure is failure. Despite the so-called liquidity of text and its bastard child ‘info-architecture,’ we are in fact doomed.’

Radical Cities: Across Latin America in Search of a New Architecture, a critical travelogue by Justin McGuirk (Verso):
‘If in the 1970s the Marxist architecture critic Manfredo Tafuri was already bemoaning the fact that capitalism had effectively stripped architecture of its ideological purpose, then he hadn’t seen anything yet.’

Angela Washko’s article for Creative Time Reports about her ongoing project on feminism in World of Warcraft, which has been validated ten times over by the amount of trolling in the comment section; Sam Thorne’s frieze interview with Joy of Cooking author and my favourite poet Tan Lin; Ed Halter’s long-awaited Artforum monograph on the work of internet-art godfather Guthrie Lonergan; Jaakko Pallasvuo on whatcha gonna do when the Bad Boys of the art world come for you, and Lizzie Homersham’s Rhizome interview with Huw Lemmey, which makes me think his new book might go on the 2015 list.

Beyonce Fanfiction:
‘Beyoncé donates Jay-Z’s Bugatti Veyron to Goodwill after he fails to pick up the Milano cookies that she asked for from the grocery store.’

InfoSec Taylor Swift:
‘I literally can’t even pick an SSD for a @Dell business desktop. What is this, 2007?’

I recommend reading all of the above to the grime sounds of Silverdrizzle’s youtube channel:
‘DO NOT ASK FOR DOWNLOAD LINKS. GOSSIPING ABOUT MUSICIANS PERSONAL BUSINESS IS NOT ALLOWED.’

Elvia Wilk is a writer and editor. She is author of the novel Oval (2019, Soft Skull Press) and is a 2020 fellow at the Berggruen Institute, Los Angeles, USA. She lives in New York, USA.