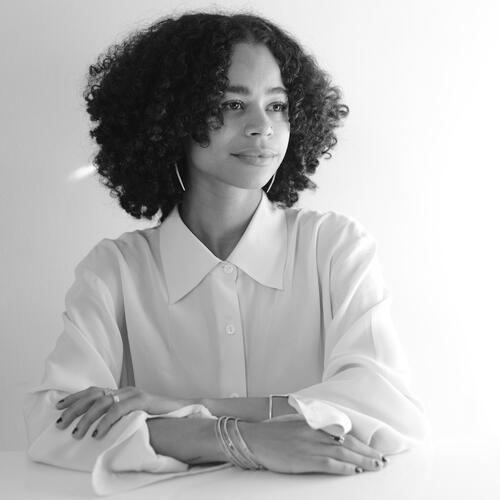 Turning our sightlines back to 1970s and ’80s New York to memorialize the verve of the Black avant-garde, ‘Just Above Midtown: Changing Spaces’ – currently on view at the Museum of Modern Art (MoMA) in New York – testifies to gallery founder Linda Goode Bryant’s awareness that she and her collaborators were making history in real time. The exhibition features a suite of works by artists affiliated with Just Above Midtown (JAM) – including David Hammons, Suzanne Jackson, Senga Nengudi and Lorraine O’Grady – in addition to archival materials. The gallery walls are dotted with fragments of Goode Bryant’s own writings, such as the widely circulated sentiment: ‘Let’s just do it ourselves.’ Sutured together, these three elements offer an elegy to JAM, which shut its doors in 1986, gloriously encapsulating the gallery’s embrace of art forms that exceeded mainstream commercial interest and its radical revision of the scope of a cultural space’s responsibility to artists.

In 1974, Goode Bryant was 25 years old and working at The Studio Museum in Harlem as Director of Education. As recounted in David Hammons: Body Prints, 1968–1979 (2021), Goode Bryant asked Hammons why he had not yet shown in New York, to which the artist curtly responded: ‘I don’t show in white galleries.’ Taking this statement not as an opportunity for commiseration but as a call to action, Goode Bryant opened the doors of JAM at 50 West 57th Street (just down the street from MoMA) later that same year, and the gallery swiftly became a bastion for artists, particularly living Black artists, who were interested in making and exhibiting work on their own terms.

Hammons’s declaration that he didn’t show in white galleries indicates a choice made of his own volition. (Though we can speculate that this may also have been the case, he did not say: ‘White galleries won’t show me.’) Such a stance enables us to apprehend JAM’s commitment to maintaining physical space for exhibition and assembly as a means of extending the freedom of the Black avant-garde, specifically by creating another choice of where and under what circumstances they could proliferate their work.

While the project of imagining exactly what ‘freedom’ constitutes remains unfinished – especially as it relates to Black subjectivity and its associated aesthetics – we may regard freedom here as the practice of multiplying the pathways we can access to actualize our desires. In the context of JAM, Goode Bryant and her collaborators were indeed interested in practicing freedom by creating another option for artists who, like Hammons, refused to be reduced by commercial entities that were incapable of doing right by their work’s galactic level of ingenuity.

The pioneering spirit of Goode Bryant and her associates is further elucidated by an anecdote about Norman Lewis’s painting No. 2 (1973), which featured in one of JAM’s early exhibitions. During the opening, someone leaned up against the painting, accidentally coating the surface with hair product. After the crowd had trickled out and Goode Bryant turned off the lights in preparation to leave, she noticed the oily splotch. Uninsured but refusing to return a damaged painting to Lewis’s studio, Goode Bryant turned to her friend Faythe Weaver for help, who balled up a piece of bread and began to blot the surface gently, saying: ‘It will pull it out of the canvas and off the painting.’ Lo and behold, she was correct: ‘I don’t think any of them ever knew the difference. Thank God,’ reflects Weaver in the audio accompanying the exhibition. While the hair-grease debacle may have led some to throw up their hands, Goode Bryant drew on ‘[their] innate ability to use what we have to create what we need’ (MoMA exhibition text, 2022).

JAM possessed a profound capacity to mutate based on the requirements of its constituents, which strengthened its ability to truly serve artists by providing them with resources, both spatial and informational, to exert their agency. For instance, JAM not only exhibited Hammons’s now-famed Body Prints, but invited the artist to lead a workshop, wherein he taught community members to employ his innovative method and make their own artworks. We can also look to JAM’s seminars, such as the ‘Business of Being an Artist’, which ran from 1978–81 and taught artists about the intricacies of commerce, as well as the lecture series ‘Brunch with JAM’, which occurred throughout the ’70s and featured curators and artists alike. Such programmes, which ran in tandem with the gallery’s exhibition schedule, exemplify the fact that JAM was not only a place to exhibit, but also to be nurtured, to take one’s artistic practice to the edge while simultaneously considering structural needs. In other words, JAM taught artists how to survive in a social, political and historical context that privileges easily commodifiable forms.

To this end, the sentiments ‘we became a laboratory for artists to push their work’ and ‘collaboration is […] essential’ appear on the gallery walls as well. Lorraine O’Grady performed the first iteration of ‘Mademoiselle Bourgeoisie Noire’ at JAM in 1980, arriving to the gallery’s opening unannounced, donning a dress made of over 180 pairs of white gloves and – as recounted on the artist’s website – proclaiming, ‘Black art must take more risks’. Additionally, JAM supported a collaborative performance between Nengudi, choreographer Cheryl Banks and jazz composer Butch Morris in 1981, the documentation of which is on view in ‘Changing Spaces’. Each example heralds the gallery’s support of artworks that evaded capture or containment in a market context as well as its celebration of forms that emerged from creative exchange. JAM’s legacy posits that while the art industry has long celebrated purported individual ‘genius’, enduring brilliance is forged through experimentation and collectivity.

‘Just Above Midtown: Changing Spaces’ is on view at the Museum of Modern Art, New York, until 18 February 2023.

Camille Bacon is a Chicago-based writer and manager of McArthur Binion’s studio.