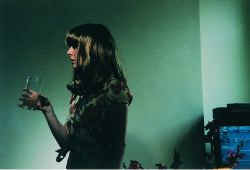 You consider yourself a minor expert in the literary sub-genre variously known as 'suburban anomie', 'suburban dysfunction' or 'suburban crisis' (preferably midlife, but you'll settle for the precocious teen who wants to get their angst and disaffection out of the way early). You've read all of A. M. Homes, Rick Moody's last book, and are still reeling from David Gates' Jernigan (1991). Dear to you is the knowledge that Richard Yates' Revolutionary Road (1961), a spiralling descent into adultery, alcoholism, false-promises, and hollow idealism, is the Rosetta Stone for the current crop of writers who, when twelve, mutely watched from the shadows as their parents dragged themselves to the mind-numbingly repetitive, middle management job (but temporary, a pause en route to the big creative breakthrough) in advertising, real estate, finance, or law that paid for the heated pool, the Range Rover, the three-story mock-Tudor house, and the two car garage. You've remarked knowingly amongst your friends about the ridiculous amounts of top-shelf vodka consumed, the truckloads of valium popped, the quickie, unsatisfying sex while the kids are asleep, and the cynical loner son with ADD. You're hoping Music for Torching (1999) will be shot in the bleached light of some Cassavetes manqué, with a younger Gena Rowlands in the role of the horny mom, and not with Ang Lee's obsessive period detail and twisted fascination with wife swapping key parties.

But while the narrative devices are as finely etched in your mind as the drunken monologues on missed opportunities, something is absent. Thinking back, these khaki-clad, briefcase-toting, college sweatshirt wearing candidates for the Great Depression are somehow homeless. They've paid their mortgages, but the Town & Country stage for all the boozy, rapid-fire Mamet dialogue seems curiously under construction, a cookie-cutter assemblage of two floors, assorted sterile white rooms, and lots of locked doors keeping Oedipal secrets at bay; a ghost house in escrow, built with memory's blurred right angles.

In my suburban emigré mind, weaned on Todd Haynes' dangerously bleak Safe (1995), Jonah Freeman's dreamily paced video provides a kind of all-purpose psychological architecture, an uncluttered, modestly appointed, vaguely Swedish moderne backdrop for exactly this kind of ode to narcissistic self-loathing and cancer in Connecticut. The same, but perhaps a younger version, tinged with melancholy, the parade of lazy days pitched on the cusp of adulthood stacked up like a heap of college brochures or, judging from the age of the odd, passing figure, grad school rejection letters. Freeman's video unfolds with the austere beauty of Terence Malick's Days of Heaven (1978), but instead of whispering fields of parched wheat and windblown faces, we get the vacuum-sealed silence of the modern suburban split-level home.

Here then, is what Freeman has documented, filmed almost entirely in slow pans and still shots, clinically, but with feeling: the slatted light emanating from Venetian blinds; a redwood deck, wet from a rainstorm; a floating pool filtration system lolling in the shallows like some plastic squid; real orchids draped across a shower door as if the ingredients from the nearby shampoo bottles had somehow been animated; gleaming chrome faucets emptying into a heavily symbolic drain; and a rabbit scampering across a fenced-in tennis court. For all the poetic reassurance of Freeman's slow dissolves and languid white-outs, a sense of free-floating dread permeates every close-up of, say, a television tuned to the Weather Channel, or a sort of murmuring tracking shot of an empty kitchen - much like the artist's own wispy light and washed-out fades. His impeccably controlled camera mirrors the weirdly desiccated façades of the house's interior.

Clearly, something's amiss, but what, besides the cliché of haunting absence suggesting ghost-like presence? A series of snapshots featuring the artist relaxing in a pool on an inflatable air mattress, as well as various 20-somethings engaged in random domestic tasks, seem to suggest some idealised, but lost, dollhouse world waiting for the mid-life wrecking ball to blast the comfortable façade of youth and leisure. You could pretty much take any of these photos - a girl at the sink washing dishes, a young man slouching somewhat defeated in a dimly lit bedroom - and insert them as frames in the video. You could try, except not even art is as accommodating as that. A point which, I suspect, is not lost on Freeman. To reinforce this notion of separation and boundaries he erected a bus shelter or kiosk out of two-way mirrors. From the outside, you could see into the enclosure, but from the inside you could only see your own reflection. It's a trenchant metaphor for those of us self-obsessed, but not self-aware; at any age, in any place.