A Journey into the Divine in São Paulo

Vast, forbidding, and opaque, São Paulo can resemble a heavily fortified Los Angeles. Indeed, there were some intersections in the tony parts of town where I could have sworn that I was in Beverly Hills, were it not for the five-metre-high walls around the sprawling houses, and the phone booth-like guard posts sitting on the street corners, which glow with the flickering light of televisions at night. The streets are similarly strangled with traffic, and walking is not an option. But unlike LA, you can hail a handy helicopter to wing you around the city, right from an app on your phone, if you have the cash. Many, of course, don’t.

What São Paulo lacks in security and helicopter traffic regulation, it makes up for in art. The touring retrospective of pioneering abstract painter Hilma af Klint, that landed at the Pinacoteca de São Paulo after a run at the Moderna Museet, Stockholm, in her native Sweden, left me absolutely gobsmacked. The whole show crackled with energy and vitality: from the astonishing, titanically-scaled series ‘The Ten Largest’ (1907), any one of which could go toe-to-toe with canvases by brand-name painters enshrined in the hallowed halls of art history, to the achingly delicate studies of flowering plants from her days as an art student, which put Albrecht Dürer on my mind.

My gallery crawl yielded a handful of highlights, as well as some notable duds. Mendes Wood DM offered up a bit of both. In the front gallery, a cheeky, exuberant show by Paulo Nimer Pjota consisting of roughly treated, unstretched canvases paired with collections of resonant objects (Roman theatre masks with cartoonish tongues, ancient-looking water jugs emblazoned with ‘tribal’ tattoo designs) both pilloried junky pop-culture artefacts with colonialist underpinnings and traced visual archetypes across cultures and timescales, from African tribal carvings to the Cartoon Network. In the back, a pious and ponderous show by Runo Lagomarsino sent me scampering for the press release, which explained, among other guiding tidbits, that the disembodied car headlight illuminating a paper work on the wall, consisting of the repeated phrase ‘American Amnesia’, came from a brand of car favoured by Argentinian paramilitary death squads. This cleared things up a little, but still left me underwhelmed.

Over at Fortes D'Aloia & Gabriel, Philip Larratt-Smith curated a group show stocked with a roster of familiar names, which took its title from Luis Buñuel's film That Obscure Object of Desire (1977). What the show lacked in surprises it made up for in elegance, particularly the pairing of a Roni Horn glass work with a pint-sized Wolfgang Tillman photograph of a man’s ear, which thrummed with mystery in the gallery’s breezy, light-filled entryway.

Rounding out my tour was an exhibition of delicate, whimsical sculptures and videos by Nicolás Paris at Galeria Luisa Strina, offering up some memorable rainbow-gradient loofas and a tender video following the drift of a fluffy seed as it rolls gently around a garden. The show’s overall effect, though, was hobbled by obtrusive exhibition design.

Outside of the galleries, the city proved to be replete with a myriad of less fleeting cultural treasures, many of them architectural. The sprawling Ibirapuera Park, for instance, is studded with landmark buildings by Oscar Niemeyer, including his stark white auditorium with its  cartoonish red tongue marquee, and the flying saucer-like Oca art pavilion, which was empty of exhibits when I visited, allowing the alien, purgatorial space to speak for itself. The obverse of Oca’s temporary barrenness came in the form of the Museu Afro Brasil, also housed in a capacious Niemeyer building, which was chockablock full with historical objects, indigenous artifacts, art exhibitions and historical primers related to the history of African slavery in Brazil (which was, I was surprised to learn, substantially more widespread and long lasting than in the United States) and the subsequent integration of freed slaves into Brazilian life and culture, which was dizzying in both its scope and impact.

Elsewhere in the city, we hunted down gems by the venerable Italian-born Modernist Lina Bo Bardi, including her gravity-defying Sao Paulo Museum of Art (MASP), her secluded jungle home (sadly closed to us due to our lack of planning), and her SESC Pompéia community center. This latter project, a converted oil drum factory with a pair of soaring brutalist towers connected by flying walkways added as an addendum, proved to be the salvific opposite of the fortress-like urban fabric that I encountered elsewhere in the city. Here, openness reigned: literally, in the form of wide wooden walkways where people sunned themselves, and the glassless, amoeba-shaped apertures in the sides of the most prominent tower; figuratively, in that the largely free resources that the complex provides (health and fitness, art, theatre, schooling, a public library, and more) were all being taken advantage with gusto by people from across the city’s class strata.

Although my visit to the city took me to its iconic buildings and exhibits in its museums and galleries, perhaps the most transcendent aesthetic experience came in the form of food. Tucked away at the end of a dead-end street in the posh Jardins neighbourhood, D.O.M. (which, appropriately, is an acronym for ‘Deo Optimo Maximo’, or ‘to God, the most good, the most great’) provided me and my travel companions with a lunch that I would unhesitatingly describe as life-changing. Lorded over by chef Alex Atala, the restaurant treats traditional Amazonian ingredients (among them Pirarucu, a prehistoric-looking Amazonian river fish; Jambu, a mouth-numbing leafy green; and, notoriously, ants) with haute gastronomic panache. The price wasn’t exactly democratic, but the experience of being nourished by the expertly prepared and presented bounty of the preposterously fecund jungle served to transport me out of the endless expanse of São Paulo’s concrete, through the portal of nature, and onto a realm which, like that inhabited by Hilma af Klint’s paintings, can properly be called divine. 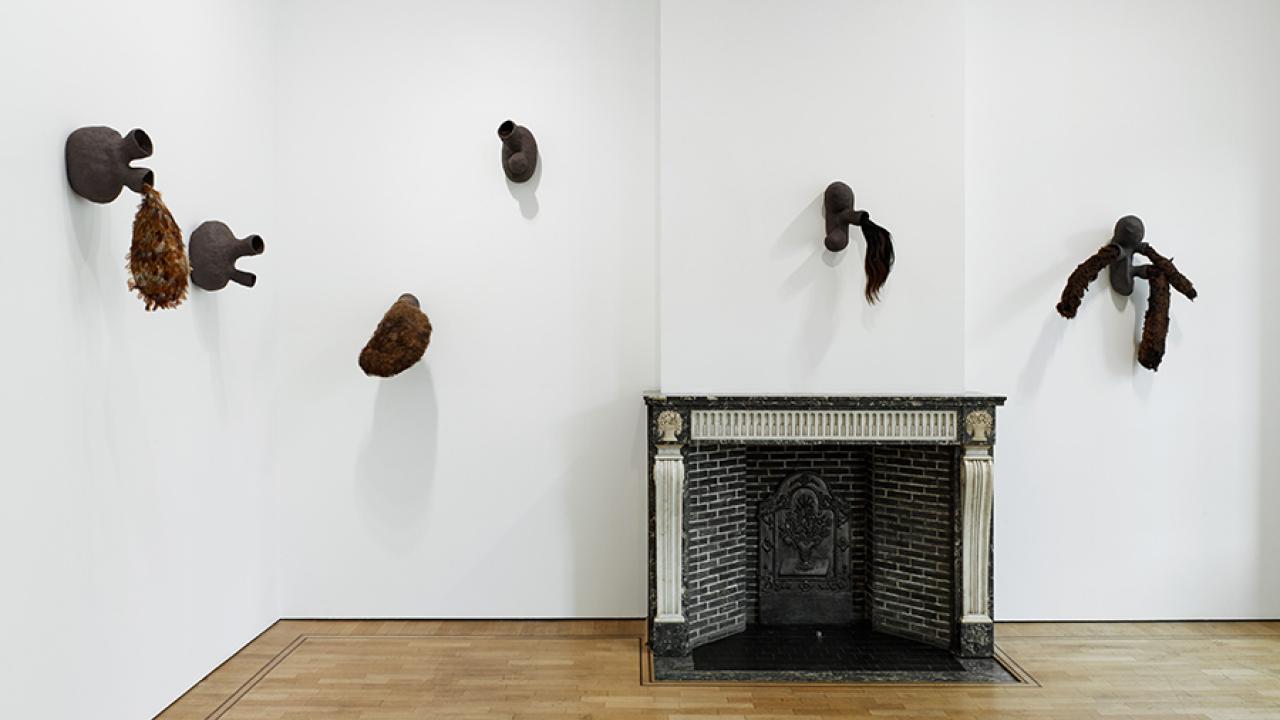 At Mendes Wood DM, Brussels, a world of quiet empathy is set against modernity, instantaneity and the desecration of wild Brazil