As you enter the gallery, the far wall is dominated by a larger-than-life rendering of a property developer’s fantasy, projecting the interior of new luxury flats that are currently under construction a few minutes walk away. The image, appropriated from the hoardings around the building site, photographed and then photocopied in low-res black and white, invites us to imagine ourselves luxuriating on this designer furniture, maybe leafing through one of these big coffee table books or watching Netflix on that massive flat-screen TV. Through the apartment’s floor-to-ceiling windows we can glimpse nearby high rises and council estates of Lisson Grove, albeit safely on the other side of the glass and out of focus.

But this is an image under attack. It is besieged on all sides by multiple screeds of scrawled text in blue, black, grey and red, written backwards, forwards, frantically crossed out or underlined like urgent thoughts caught in the process of being expressed. ‘A basement door, jemmy in pocket, prise it open. You recognize it, the smell – potassium, rubber, dust …’ The suppressed city is breaking in. Anomie is rising up through the carpet and behind the curtains. The teeming urban life repressed by this estate agent’s dream image is returning, angry and insistent.

Elsewhere, the invasion is even more explicit. The domestic utopias of property brochures are roughly collaged with older photographs (taken a decade ago by the artist herself) of homeless encampments under the nearby Westway, boarded-up halal food stores – all mounted on the same plasterboard and Sitex barriers used to block abandoned buildings. 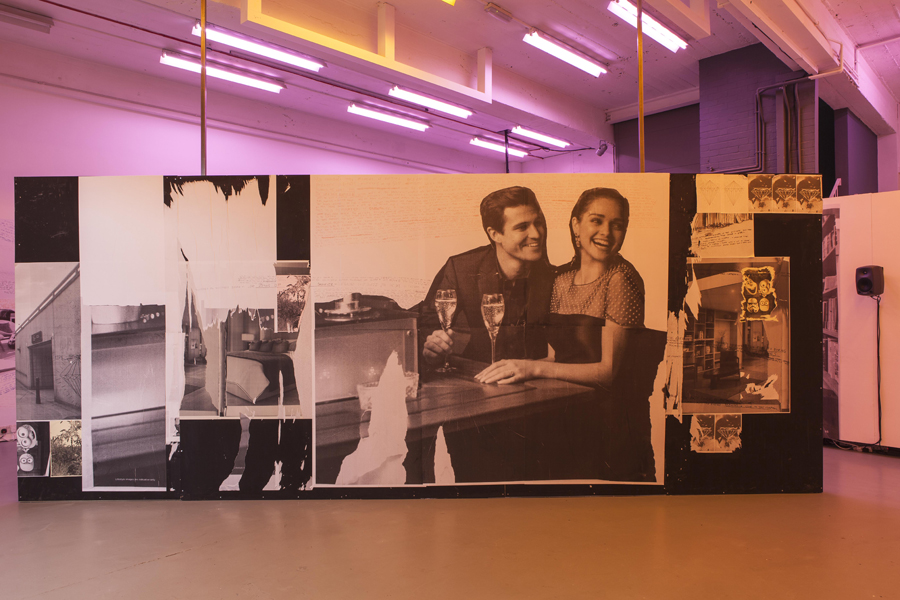 Moving around the exhibition, the visitor is encircled by a quartet of Genelec speakers, from which Oldfield Ford’s Yorkshire-accented voice echoes and drifts, cut up with electronic drones and fragments of gameshow idents and Adele’s ‘Hello’ (2015). ‘These streets,’ Oldfield Ford intones, ‘are a pocket of another London.’ The sounds (courtesy of Jam City’s Jack Latham) shudder and quake, slowed down into shattered granules, fuzzy with delay and digital distortion. Here and there, fragments of field recordings break through the noise: a crowd, a street – the city invading its own document. Behind one of the plasterboard flats, a deep, foreboding bass rumbles from a concealed subwoofer, evoking memories of 3am stumbles past still-heaving nightclubs.

The constellation of images and ideas running through this show – squat parties and graffiti, gentrification and ‘yuppiedromes’ – will be familiar to readers of Oldfield Ford’s zine Savage Messiah. (Published between 2005 and 2009, the issues were collected in book form by Verso in 2011; a special edition has been produced to accompany the exhibition.) Inspired by the situationist dérive as well as by a younger generation of theorists – mostly associated with Warwick University in the 1990s, including Kodwo Eshun, Mark Fisher and Nina Power – the words that spill out across the gallery, on the walls and through the speakers, are the product of a series of walks through the neighbourhood around The Showroom conducted by the artist last summer. 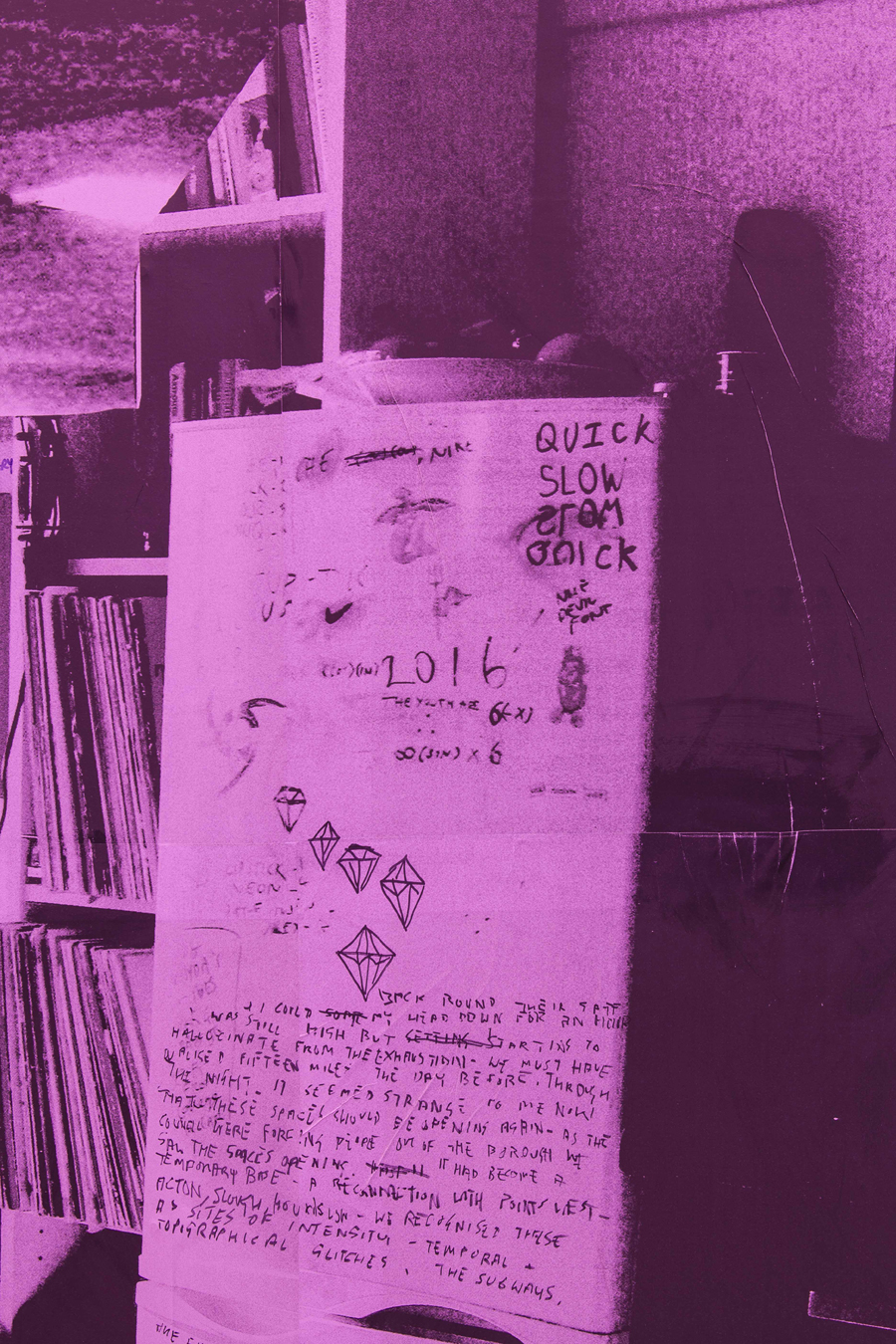 Between them, these words, images and sounds expose a London divided, like the two towns on one site in China Miéville’s The City and the City (2009), whose inhabitants must constantly strive to ‘unsee’ each other. The title of the show, ‘Alpha/Isis/Eden’, reactivates the dormant mythic potential hidden in plain sight in the names of council blocks. Boxed phrases penned onto the walls – ‘cosmic ordering’, ‘zones of sacrifice’, ‘the hierophant’ – leap out from their cramped paragraphs, suggesting the emergence of an eerie urban cosmology. The whole installation could be an issue of Savage Messiah blown up and splayed across the walls, thick with imagery, sounds and even smells: a street-level gesamtkunstwerk composed in a new vernacular mysticism.