A Life in Architecture

A profile of the Berlin-based Israeli architect Zvi Hecker 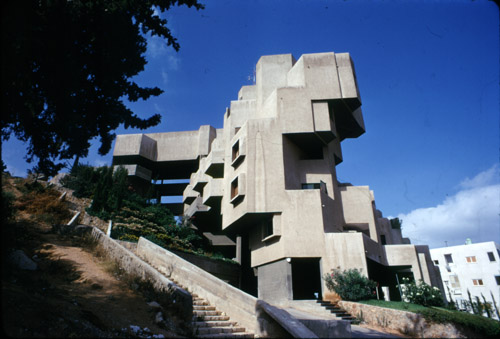 ‘I’m calling it “If We Are Lucky”’, Zvi Hecker tells me at his office in Mitte, Berlin. He’s holding a sketch of the installation he’s preparing for abc – art berlin contemporary, presented by the Berlin galleries Nordenhake and Neumeister Bar-Am. It’s a free-standing structure some 2.1 metres high and 3 metres wide, sawn by hand from one sheet of plywood that will be painted an earthy, loam-evoking rusty-red. Its organic shape resembles a topographical model collapsed on its side, with each of its spiralling layers extruding like a paper cut out. The structure is held in place by three additional panels which fit into the layers’ slots. ‘It’s a cave,’ he maintains, ‘and I’m sticking images of Paleolithic cave paintings on its walls to make sure there’s no mistaking what it is.’ The work possesses a dark note that shows the 83-year-old architect’s tongue-in-cheek sense of humour: ‘we leave nothing for future generations. The way we exhaust the planet’s resources, it’s only if we’re really lucky that we’d be able to even go back to living in caves. Hopefully it will be for good this time.’ 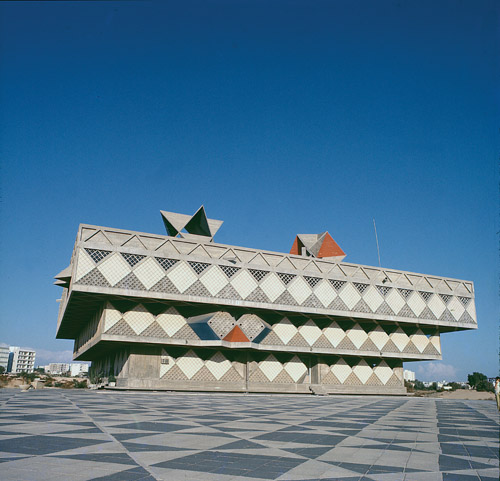 Zvi Hecker is one of Israel’s most prominent architects. He has been the subject of numerous museum shows in Israel and Europe, and represented Israel at the 5th Venice Architecture Biennale in 1991. Hecker’s youth was marked by the displacement typical for his generation of Israelis. Born in Krakow in 1931, he spent his childhood and early adulthood in Poland and in Samarkand, Uzbekistan. The Central Asian city’s magnificent Islamic art and architecture left a deep impression on Hecker, laying the foundation for many of his later ideas about shape, geometry and a building’s relation to its environment. Indeed, these are the three aspects of Hecker’s work for which he’s become most known, but which have also drawn the sharpest criticism. Hecker’s architectural education began in Krakow’s University of Technology and continued in Israel, where he emigrated in 1950. There, he studied at Haifa’s Technion under architect Alfred Neumann, with whom he would later found a firm together in 1959, along with fellow classmate Eldar Sharon. 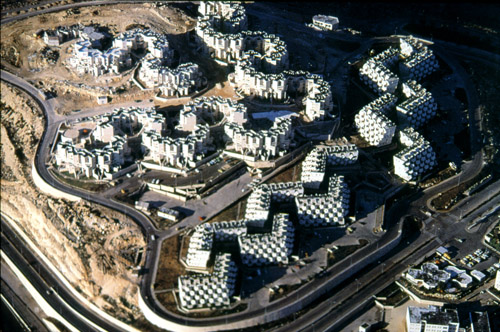 Throughout the 1960s, the partners built some of the most conceptually striking buildings in Israel. Their joint projects were beacons of a then avant-garde style of architecture that eschewed the simple geometry and right angles of international modernism, embracing more complex polyhedrons instead. Their approach produced such iconic buildings as the Bat-Yam City Hall’s inverted pyramid (1959–63), the IDF Officer training school (1963–67) and its synagogue (1969–71) in the southern Negev region, and the Dubiner apartment building (1961–64) in Ramat Gan, where Hecker also took up residence. The impact of these buildings on Israeli architecture is not to be underestimated, as architectural historian Zvi Efrat describes in his comprehensive survey The Israeli Project: Building and Architecture 1948–1973 . Efrat sees the style as ‘paradoxical’: the modular, repeated polyhedrons fit the local climate and topography, creating shaded crevices and made clever use of natural light but also reveals, as he puts it, a certain ‘enchantment with pseudo-scientific methodology and hyper-industrial production.’ This style shaped the very identity of Israeli architecture, Efrat argues, particularly following the Six Day War of 1967, when new borders were drawn and entire neighbourhoods were quickly erected. 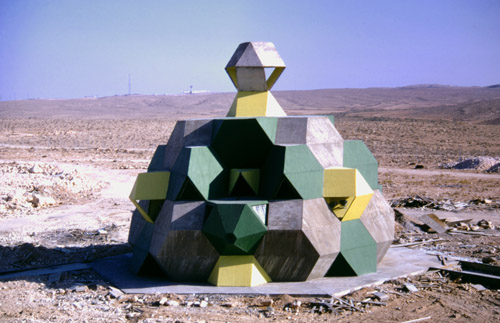 Such was the case with Hecker’s the apartment building Ramot Polin (1972–75), probably his most controversial project. Working alone since 1970, Hecker’s proposal for the new East-Jerusalem neighbourhood was selected mainly for its promise of a swift and inexpensive execution. Shaped like a five-fingered beehive, the structure’s pre-fab dodecahedron apartments proved impractical for its Ultra-Orthodox Jewish inhabitants – a closed but expanding community – and illegal additions made over the years now obfuscate the original architecture. Hecker’s interest in shape eventually shifted too; the spiral would increasingly become a recurring motif in his designs and drawings . His fascination with curves emanating from a central point begun when inspecting a drawing that illustrated how logarithmic spirals determine the growth of the sunflower seeds, namely, in the proportion of a golden ratio. His Spiral Apartment House (1981–86) in Ramat Gan was designed to look like a giant set of stairs coiling around an inner courtyard. The unconventional form and the structure’s ‘unfinished’ look were the source of much irritation in the bourgeois suburb, as a macabre but humourous anecdote reveals: during the 1st Gulf War of 1990–91, many of Saddam Hussein’s notorious Scud missiles landed in the area. When authorities came to assess the damage, one engineer was overheard reporting that the house – completely intact save for some broken windowpanes – had been ‘damaged beyond repair.’ 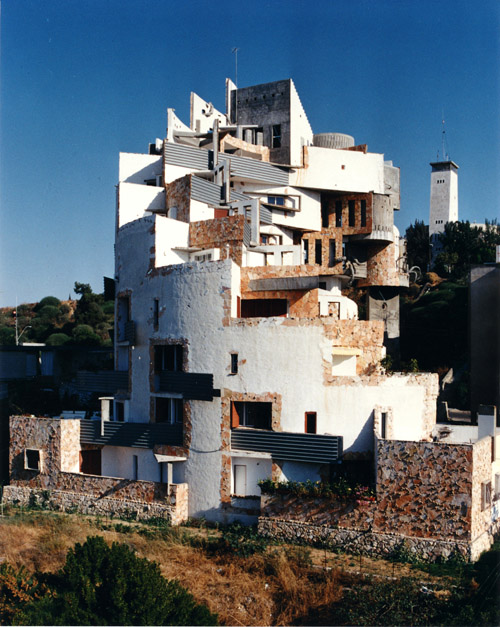 Hecker opened his second office in 1991 in Berlin, where he still works. Now, his designs have become markedly conceptual; his buildings are not easily walked around – or through – but rather extend the environment in which they’re set. Hecker is often referred to as an ‘artist-architect’, prompting him to define himself as ‘an artist whose profession happens to be architecture.’ He collaborated with sculptor Micha Ullman and former student Eyal Weizman on the ‘Blatt’ memorial on Lindenstrasse, which commemorates the synagogue in Berlin-Kreuzberg that was burned down during the Kristallnacht pogrom in 1938. But his most prominent project in the city is the Heinz-Galinski School (1995), the first Jewish school built in Berlin since World War II. Reminiscent of a micro city-within-a-city, the school’s many little yards, crevices and curvatures resemblethe pages of an open book from above. It was his friend, the painter Moshe Gershuni, who gave him the idea of having a long, snaking corridor wind through the school’s complex structure. One wall is left unpainted, still bearing calculations and dates pencilled on the exposed brick – traces left by the people who worked on it. As Hecker explains: ‘children should know it was hard work.’ 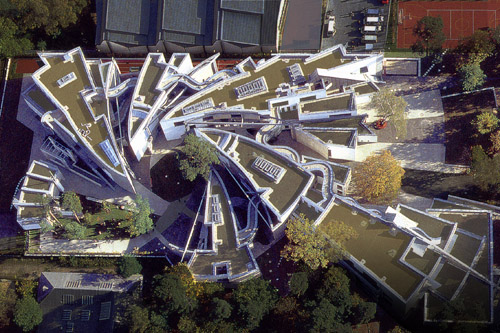 Zvi Hecker, ‘If We Are Lucky’ will be on show at abc – art berlin contemporary (18–21 September, 2014) presented by Galerie Neumeister Bar-Am and Galerie Nordenhake.