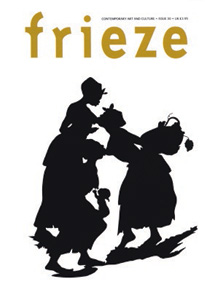 Like the miniature diorama at the beginning and end of public television's long running children's programme, Mr Roger's Neighbourhood, Liz Young plunks down miniature scale quiddities of the institutions which govern our daily lives. Unlike the puerile never-never land navigated by Mr Roger's red trolley, where the crayon factory, elementary school and firehouse represent individual doctrines of civic duty, Young's institutions ­ city hall, church, bank, home, school and hospital ­ are a labyrinth of interconnected structures that remind us of our physical, personal and cultural dependency on the city syndicate.

The physical spaces of these sites ­ with the exception of the hospital ­ are contoured with standard, construction-grade pine framing. Studs placed 16 inches on centre rough out the walls and rudimentary architectural details in a skeletal fashion. Turrets mark the entrance to the church. The home ­ the smallest structure of the six ­ sports a simple pitched roof while the height of city hall reinforces its authority as governing centre. The hospital takes its form from suspended beige blankets mimicking the customary curtains providing privacy in double-bed hospital rooms.

Clustered together like a city block without alleys or yards, these surrogate institutions produce a single mass in the centre of the exhibition space. A walkway, surfaced with plywood, encircles the complex and separates the gallery walls from the mini-city. The perimeter walls are littered from floor to ceiling with seemingly endless items of clothing. Each poised on a hanger, these articles of clothing procured from a Chicagoland Salvation Army are stand-ins for the men, women, children and teens who interface with these six social orders.

Like the clothing that dots the outer walls, Young's selection of amenities which characterise and adorn the individual institutions gives the entire project an uncanny physical life. The school, for example, has a blackboard floor covered with notes made by previous gallery visitors, a collection of balls, chairs hung on the walls and two tin cans filled with sharpened pencils printed with three word rhymes such as 'Train Pain Ordain'. Young's school is both a playground and a classroom, dictatorial and expressive, enrolled and abandoned.

The home, insulated with stained pillows, is unoccupied except for an old wire milk bottle carrier holding empty pasta sauce jars and a pinned-up pair of children's rubber pants filled with heavy duty, stamped rubber bands reading 'Don't Bother'. In the shadow of the bank and city hall, this measly home becomes the unprioritised site of reproduction and nutritional sustenance; a place perpetually indebted to the other institutions for simple existence and well-being.

The reward for manoeuvring your way to the centre of the claustrophobic and seemingly eternal maze of hospital corridors is a 'Fresh Flesh' mini-mint-placebo. You can enter the church from both the hospital's pharmacy ­ a short and narrow passage lined with shelves of glass bottles filled with coloured water ­ and the surrounding walkway. This simple gesture of accessibility illustrates the paradoxical relationships of body and flesh, faith and healing, science and religion. The grand space of city hall is accentuated with men's ties, crisp stacks of octagonally cut newspapers and a large flag drawn out on the floor with red and blue duct tape. Here Young takes the opportunity to remind us of the patriarchy that oversees all social operations.

Part Nowheresville and part Everywheresville, Young's scaled-down city is a specimen of social dependency. Throughout the installation she inserts idioms, mottoes and catch-phrases that appeal to our intellect. Like a good public relations manager, she provides souvenirs to help us remember our field trip to the dysfunctional mini-city and propagate trust in its components. But beyond being a social and institutional diagnostician, Young is a still better sculptor. Her use of scale and proportion is neither slight nor excessive. Her selection of materials and use of found objects rests somewhere between the rambling poetics of Jessica Stockholder and the working environments of Rirkrit Tiravanija. Before understanding and appreciating the dichotomies and parallels Young makes about the institutions that we buy into everyday, viewers are first seduced by the physical yet intimate spaces where one is welcome to kick balls, suck on mints, write on the floor and scour the walls for the hip retro-clothing among the not-so-hip. These pleasures help obscure the real structures of control.

Frieze New York
Dana Lok: ‘The First Look at a Painting is Precious’