Call it the Trojan Horse effect. Since the early 1990s Michael Parekowhai has explored metaphors of defence under the cover of glossy, toyland surfaces. Including pick-up sticks swollen to the size of spears, a palisade of glowing light-boxes and mannequins of the artist stationed around galleries like decoys, Parekowhai's art inhabits the space between playground and battlefield. He could be perceived as two artists - showman and saboteur - a duo that combine forces memorably in his latest show, 'All There Is'.

Digging again in the trusty toy box, Parekowhai has surfaced with a hoard of bargain-bin sheriff's stars. Subversion by scale shift is his trademark, and his new cibachromes swell these Boy's Own trinkets to the size of shields. They float in all their tinny glory on backdrops pinker than a Hollywood sunset or theme park apocalypse. Parekowhai hangs all ten of them high, so you confront a blazing horizon.

Toys and decoys, shoot-outs and send-ups. At a moment when cowboy cadences ring out scarily from the evening news, it's a safe bet that Parekowhai has at least one eye on the global skies. His titles, as always, glint with wit. By naming the badges after the stars and star clusters once used by Maori navigators - Theta Orionis, Omega Centauri (2001) - he sets some pointed questions spinning in a southern sky, and invites us to plot our own position. Are we under protection or attack? Who's playing star wars? How was the West won? We're in the territory of the post-colonial Western - think Robert Coover's Ghost Town (1998) or Jim Jarmusch's Dead Man (1995) - where the dusty props and moral polarities of Hollywood's Wild West erupt in deliriously upturned new landscapes.

The unacknowledged hero of Parekowhai's show has to be Te Whakinga Kid, the Maori cowboy invented in 1964 by novelist R.H. Morrieson. A sidekick gone solo, brandishing twin cap guns and an invisible sombrero, the Kid longs 'to pursue the role of the outlaw, brilliant outwitter of the sheriff's posse; but his new acquisition, the star, was a lovely thing and not to wear it was unthinkable'. The Kid's star is as fake as Parekowhai's, but he still saves the day. Parekowhai shares with him a winning ability to hide in plain sight, to play both Sheriff and Masked Man - not for nothing is the 'Special Agent' badge at the centre of his star map.

Out back, Parekowhai's righteous army of objects includes The Consolation of Philosophy/Piko Nei Te Matenga (2001), twelve vast, deep-framed cibachromes of spectacular flower arrangements. The bouquets possess a stillness that rivets you long before you realize that each is an immaculate fake, hand-made from silk and plastic. And they have a grandeur that would feel sober even if you didn't know that the titles - Amiens, Passchendaele - are the names of foreign fields where the Maori Pioneer Battalion fought 'for King and Country' in World War I, or that 'Piko nei te Matenga' is a traditional lament for a fallen chief; it translates as 'When our heads are bowed with woe'.

So their extravagance honours an extravagant loss. The cumulative effect is architectural, as of a series of massive niches in some light-soaked church. The bouquets are preserved - almost embalmed - in a strange, shadowless, creamy glow. They seem hyper-real yet untouchable, totally present yet out of time. And this tension - between the hallucinatory fullness of the blooms and the bell jar silence that contains them - is the source of their pathos.

To arrange scentless, unwilting silk flowers is to commemorate stilled lives (silk is what military colours are made of). To seal those bouquets in a photograph is to make something twice stilled, twice removed. It is not just death but homelessness - the distance between body and land, an especially sacred relation for Maori - that these images mark and mourn so beautifully. The photographs are, you realize, virtual tombs, interring not bodies but absences. The exhibition is their mobile cenotaph.

The feeling of expansion and increase in one small room is amazing, like a closet opening to reveal a choir. This is the Trojan Horse effect at its richest. Art is the camouflage here, and Parekowhai, working under cover of those high-gloss photographic surfaces, surrounds his audience with something unprecedented - a memorial you don't have to disengage the brain to be moved by. The harder you look at these silky bouquets, the more they bristle with generous intelligence. It's the kind of ambush you wait and hope for. 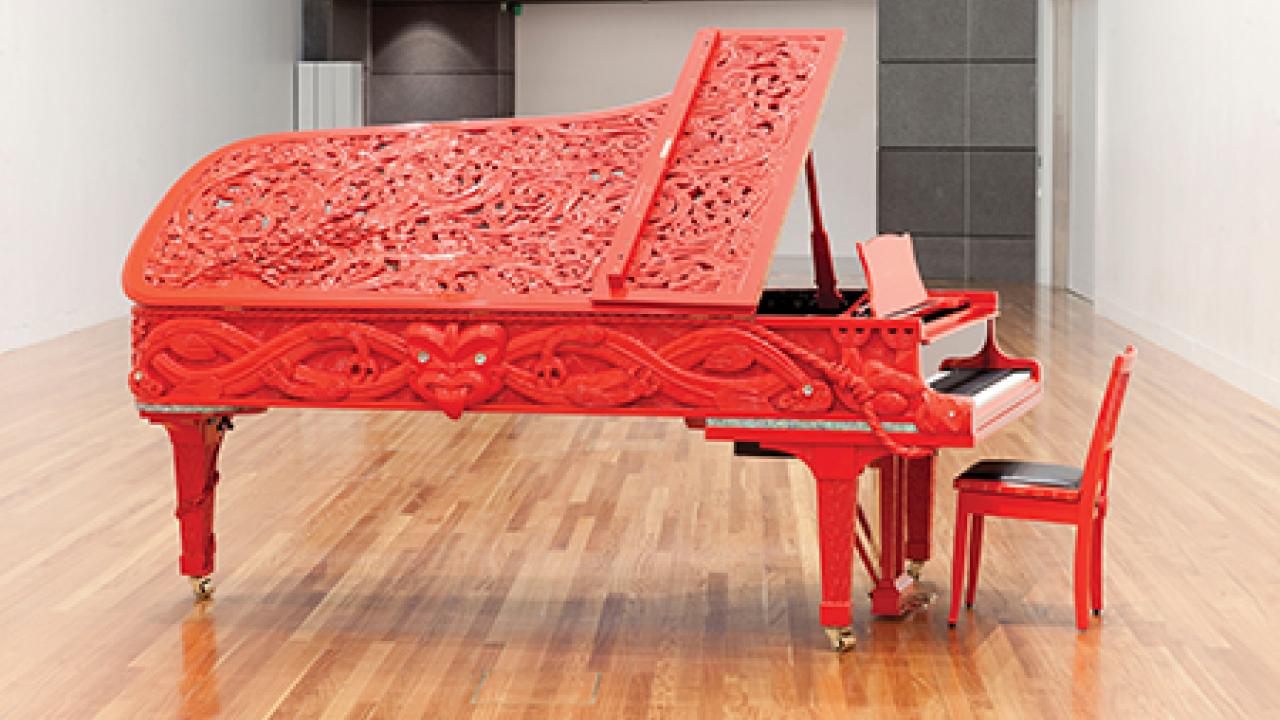 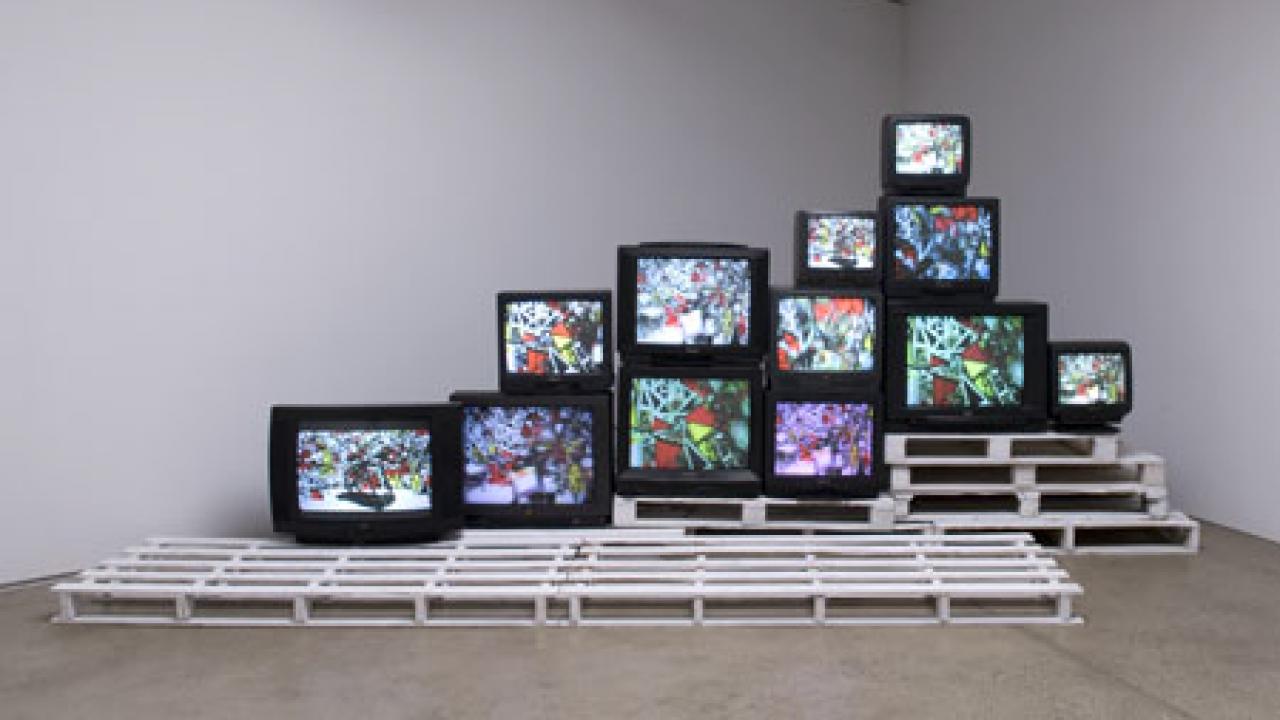 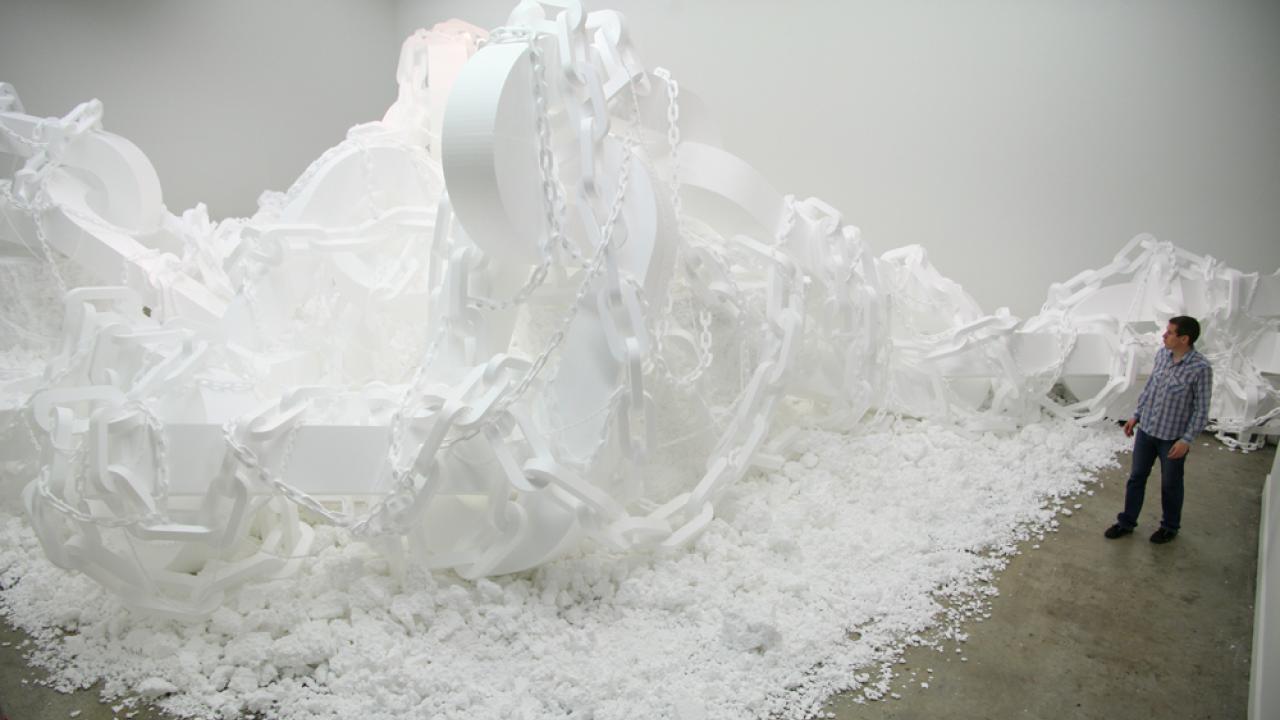