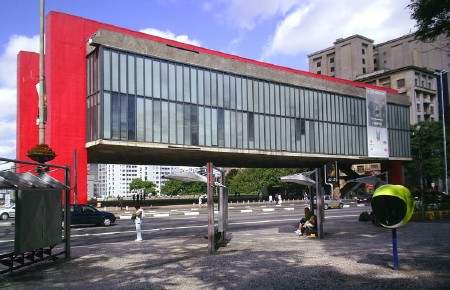 There was no lavish reception last Friday, when the most important museum in the southern hemisphere opened its latest exhibition. The Museu de Arte de São Paulo (MASP) has decided to go quiet now it tries to survive yet another scandal. Seven months after the theft of a Picasso and a piece by Candido Portinari (both already recovered by local police), the Brazilian department of public prosecution finished an investigation of the museum’s accounting balances and concluded that the institution has been technically bankrupt since 2006. Its current debt amounts to US$13 million, a figure that could rise to US$20 million by 2010 if nothing changes.

Concerns have been raised in the public sphere about the privately run museum’s ability to continue operating and the possibility of putting its valuable collection – amounting to more than 7,000 works – at risk. There is more pressure than ever from government officials who want a seat on the institution’s board of trustees to try and avoid the damage that now seems imminent.

Less than a month ago, Veja, Brazil’s leading weekly magazine, published a photomontage of the museum in which it was riddled with cracks, ready to fall apart. The story exacerbated the already bruised public perception of MASP, following the theft of the two pieces last December. (At the time the museum had no alarm or 24-hour security personnel.) Since the incident, city police have kept a permanent base below the museum on Paulista Avenue, one of São Paulo’s most important thoroughfares and landmarks.

The government’s recent investigation also revealed alarming details about the way in which museum staff maintain the collection. According to the documents recently obtained by the press, records of acquisitions, loans and restoration were kept in disorganized piles of handwritten notes.

When they brought forth the results of the inquiry in a meeting behind closed doors, public officials asked the museum’s director, the architect Julio Neves, who has held the position for 14 years, and its trustees to sign a term of agreement according to which MASP would be legally bound to change its statute to allow government representatives to take seats on the board. The current administration has been accused of functioning like a secret society, despite the fact the museum is installed in a public building and most of its collection was acquired with government funding and donations.

Neves did not sign the term and asked for a month to look over the accusations, though officials refused to wait for 30 days. The government now studies entering into a legal dispute with the private association that runs the museum, which could result in public intervention.

What brings the government even closer to MASP is the fact that the building that houses the museum, a Modernist landmark designed by Italian-Brazilian architect Lina Bo Bardi, belongs to the city of São Paulo and was ceded to MASP for a 40-year period that is due to expire in October. This deadline is now being used by city officials to pressure the museum into opening up its administration.

Up until now, however, there has been no clear sign that MASP is willing to negotiate. In a laconic interview published in the Folha de S.Paulo, Brazil’s most-read daily newspaper, Neves limited himself to saying he knew nothing about what the city officials wanted from MASP and denied that the current administration is against any public intervention.