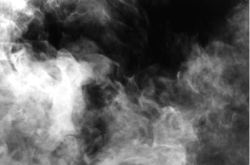 You could spend weeks looking at the eight large-format photographs taken by Stefan Altenburger in a forest near Zurich, Wald I - VIII (1999) but you but wouldn't learn anything about the nature of Nature.

The subtle hints that the forest depicted is being gradually reclaimed from the forestry industry and returned to its wild state are not much help to the average art lover, equipped with a skeletal scientific knowledge gleaned from school. The moss, shrubs, trees, branches, foliage and fallen leaves - none of the many details to be discovered in the photographs is especially conspicuous. Even if you enjoy an occasional walk in the woods, you may find it difficult to answer the question of what motivated Altenburger to take these pictures.

The photographs convey an almost infinite amount of visual information, but it's difficult to know how to interpret it. You are presented with areas of woodland that fail to evoke either the stereotypes of dark, fairytale spookiness or idyllic bucolic seclusion. Nor do the photographs sit comfortably within a straightforward art historical tradition of woodland depictions: they aren't Picturesque, Romantic or pseudo-scientific. There is no exploration of the distance between nature and humans, such as is found in the work of Mark Dion, Daniel Bräg or Henrik Håkansson. Instead, it appears as if Altenburger is interested in separating visual information from what it connotes, without, however, setting foot on the path of abstraction. Moreover, he also seems to lack any semiological ambition: you can see, look, observe and watch as much as you want to, yet it is impossible to discern even a wisp of a point behind the information.

This is strikingly obvious in two recent computer-based video works. Satellite (2000) is based on Microsoft's Flight Simulator 2000, a programme that allows you to enter a course, weather conditions, altitude and other parameters, and then sit back and watch the Earth's surface from an aeroplane. In this case, however, the artist has set a high-altitude trajectory that circles the Earth along a single line of longitude and has lowered the speed so much that you hardly notice the continents and oceans moving. The scenic view from the cockpit is transformed into the disinterested scanning of a satellite. At this slow speed even non-desert areas appear desert-like. This is especially noticeable because Altenburger didn't opt for the more 'exciting' possibilities of the software, the zooms in particular, which offer spectacular and extremely accurate views of the Earth's surface. You would have to let Satellite run for days to get a substantially different picture. Everything, desert beige or ocean blue, passes by at the same distance, at the same slow speed; you forget what you are actually looking at.

A similar effect is generated by the 60-minute video Promenade (1999), which comprises a recording of the video game Silent Hill. After his car crashes, the game's protagonist sets out to look for his missing daughter in a nearby town, where he is continually attacked by various monsters. Altenburger fought his way to the end of the first stage and then set his character wandering off into the incessant electronic snowfall, and through the now depopulated streets, parks and neighbourhoods of the town. We see him mostly from behind; only at the moments when the town threatens to dissolve into a bank of ghostly, impenetrable fog and the man stands still does the camera suddenly pull back and pan around him before he changes direction and resumes wandering through the empty town. Apart from an eerie, constantly rustling wind, the noise of the man's footsteps (clicking on the asphalt or softly muted when he passes over a lawn) is the only sound that can be heard. We never learn what he is doing: whether he's looking for help, a fellow human being or the way out of the city. Altenburger has manipulated the course of the game by ceasing to play, transforming the character and viewer into observers rather than participants. Any initial sense of tension dissolves during the course of watching the video.

Under the aliases of Golden Boy and Klettermax (among others) Altenburger is known as a Techno producer, and he seems to have learned a great deal in chill-out zones. As riff, loop and hook are stretched into a thin surface, musical energy dissolves in a cloud of sound; it loses direction and becomes intangible. This oblivion, this diffusion of the senses, finally answers the question of why it's hard to take your eyes away from Altenburger's recent work. His nine-part photo series 'Up in Smoke' (1998) features nothing but smoke. As Michel Serres wrote in Les cinq sens (The Five Senses, 1985), 'Darkness confirms the difference between being and appearance, fog confuses them.' Altenburger's clouds of smoke push this perplexity to the next level; you become aware that you can actually stop worrying about failing to differentiate between being and appearance, and begin to enjoy the confusion.