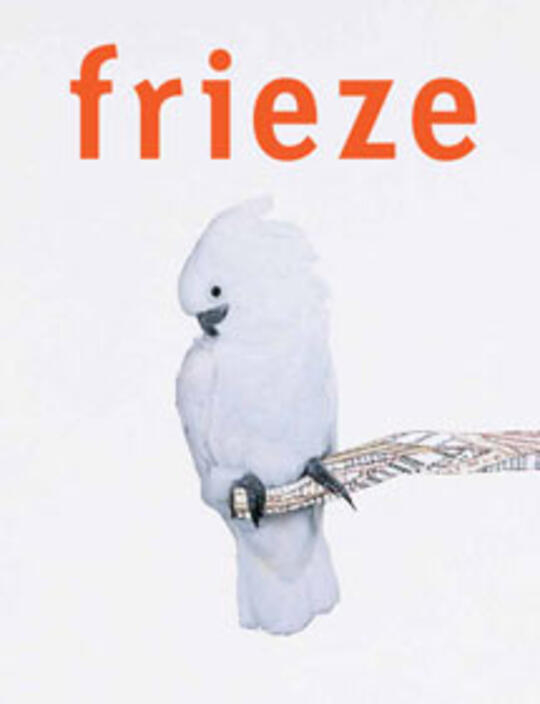 Is The Pen Still Mightier

Are curators responding more quickly to developments in the art world than critics.

In an ever-accelerated art world it has been said that criticism is losing its influence, a development that is inversely related to the ascendance of curators, who seem better adapted to the new environment. If globalization is the most significant development in art of the last few years, then it is apparently curators who are driving it.

With so much happening so quickly, it can seem as if there’s no time for anything but information. Some magazines, in the bid to keep up, do little more than report, while others retreat to old centrist positions, going over consecrated ground. Curating is fast, criticism slow – a strange state of affairs when you think of the time it takes to organize an exhibition as opposed to the time it takes to write a review.

On the other hand, discourse is rapidly being absorbed at the point of presentation. Instead of catalogues dedicated to specific work, the Kunstverein München, under Maria Lind’s directorship, produced an intellectually substantial journal four times a year entitled Drucksache (Printed Matter), an initiative that Katharina Schlieben has continued at the Shedhalle in Zurich. The absorption of discourse at the point of presentation has been realized most radically in exhibitions that incorporate discussion into the exhibition itself – the seating and podiums designed by artists. More conventionally, the last two Documentas gave equal billing to lectures and discussions. Critics are notable by their absence from these events, which tend to feature curators, artists, philosophers and theorists.

In the latest issue of Manifesta Journal, Lind agrees with ‘somebody like Liam Gillick when he says that most of the interesting discussions over the last ten years have been formulated in projects, from collaborations between artists, curators and other people – on the floor of an institution, but not through writing’. If ‘performativity’, the ‘relational’, interdisciplinarity and collaboration are what they have in mind, there is truth in the assertion: it took some years for these ideas to occupy the place they now hold in mainstream art criticism. The influence of curators is going to be greater at times when artists themselves are generating the discourse. The mid-1960s to mid-70s offers a precedent: curators and curator-like gallerists such as Germano Celant, Lucy Lippard, Harald Szeemann, Konrad Fischer and Seth Siegelaub held more sway than critics at a time when artists were writing.
If ‘relational’ and ‘performative’ curating is a crucial recent development, another is biennials, whose numbers have increased tenfold in the last decade. Underwritten by cities and nations with very real political and economic objectives, they are products of, as well as representations of, globalization. Carlos Basualdo, in a dense and nuanced essay in the second issue of Manifesta Journal, argues that biennials aren’t just a new exhibition genre, they’re a new institution, and one at odds with museums and galleries, the bi-polar co-ordinates between which the art world has been configured to date, which he equates with art history and art criticism respectively.

Biennials, he continues, are without the baggage of historical biases that white-walled institutions carry: they are pre-disposed to internationalism, interdisciplinarity and context instead of autonomy. Many artists from outside the USA and Western Europe début on the international stage at biennials, and their influence is beginning to be felt in museums: for example, Tate Modern’s recent video exhibition ‘Time Zones’. Conventional criticism, Basualdo believes, has lacked the theoretical tools to render the curatorial premises of biennial exhibitions visible, which accounts for the negative and inattentive critical reception they often receive.

Recently, I was surprised to hear a curator of a major biennial state that curating wasn’t about selection but about the production of discourse, as if the former could be done without the latter. Weaker biennials are characterized by intellectual over-reaching and foggy thinking, masked by a false rhetoric of urgency. In these circumstances it is all the more important that criticism develops the kinds of criteria Basualdo believes are lacking. The specificity of criticism, with its close attention to the intellectual grain of work, would obviate the cruder facets of some of these shows.

On some level the animosity between critics and curators is simply a power struggle over the right to mediate art and culture. This can be sensed in some reviews of group exhibitions: many critics are quicker to dismiss the work of a curator in a group show than the work of an artist in a solo show. Then there are curators who feel their work is beyond critics, who, they feel, are predisposed to negativity and near-sightedness. What this (mock) antipathy conceals is a mutual dependence: galleries and institutions still need critics in order to remain visible, while most critics need writing gigs from galleries and institutions if they aren’t to sink beneath the poverty line.

It also conceals the convergence of the two. Most curators write criticism at one time or another, particularly when not working for an institution. It is hardly surprising, then, that some of these former curator–critics have helped make the institutions they now work for more discursive by emphasizing publishing and discussion.

Although critics may not dominate the discourse in the way they once did, there’s little doubt we still need an independent forum within which the ideas of artists – and curators – can be analysed and evaluated. Otherwise, art’s archive will consist entirely of producers’ accounts of their own activities – and we’ve all seen how misleading and self-serving these can be.

In these accelerated times criticism’s slowness can be to its advantage. If art isn’t to surrender to a condition of permanent distraction, we need time to reflect on what’s happening on a deeper level. Furthermore, it’s the slowness of criticism, along with its relative isolation, that still makes it most analogous to the work of artists. With all kinds of issues influencing their thinking, curators’ proximity to artists can obscure as much as reveal. Criticism is still the art world’s means of bringing it all back home – which can be wherever a magazine or website is accessed.