Driving into Baku, the capital of Azerbaijan, at 1:30 in the morning, a line from Shakespeare’s The Merchant of Venice came to mind. Speeding past rows of newly-built but noticeably vacant high rises, the glowing orb of the yet-to-be completed Baku National Stadium – the main venue for the inaugural European Games which the city will host in June – and shuttered shop fronts bearing the illuminated signage of Western luxury brands, the Bard’s words seemed duly apropos. “All that glisters is not gold.” 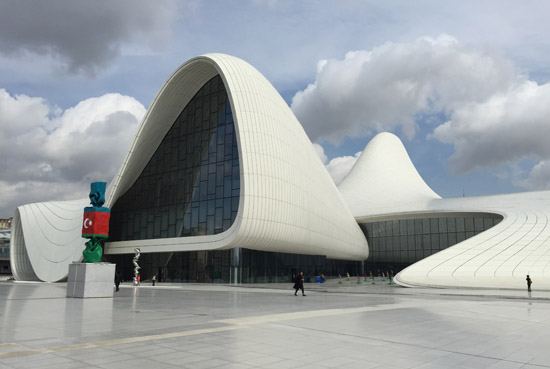 However, in the case of Azerbaijan, a Soviet Republic until 1991, oil, takes the place of that precious metal. As far back as the turn of the 20th century, the crescent shaped harbour of Baku was dotted with decorous mansions belonging to the likes of Rothschild’s and the Nobel brothers who owned a petroleum company in the city. The arrival of the Soviet regime meant the nation’s oil production was siphoned to feed the energy needs of the USSR but, since its independence, the nation has increasingly seen its coffers awash in petro-dollars. According to the World Bank, in the last two decades, Azerbaijan has seen its GDP grow from US$5 billion dollars in 2000 to US$79 billion this past year. 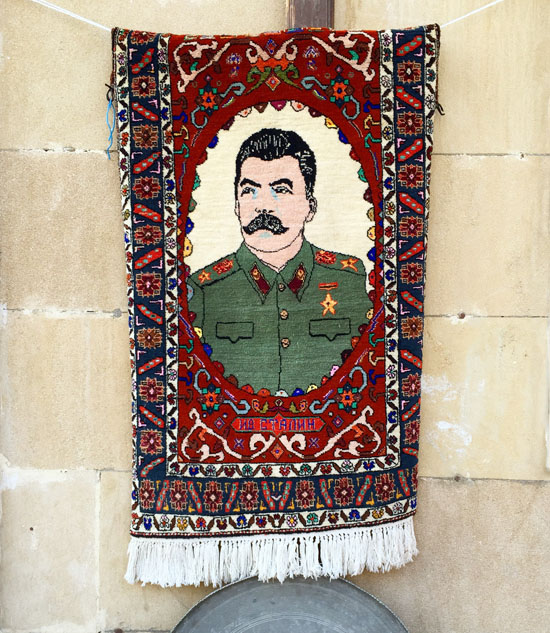 Like any nation newly established after a complex, fraught history, Azerbaijan looks to have its sight set firmly on the future. And, with its vast reserves of oil-based wealth, it’s in a position to distance itself from the past at breakneck pace. Among the beneficiaries of Azerbaijan’s re-emergence onto the international stage is its arts scene, with the nation’s government pouring vast resources into the promotion of its cultural tradition as well as its burgeoning contemporary art scene. 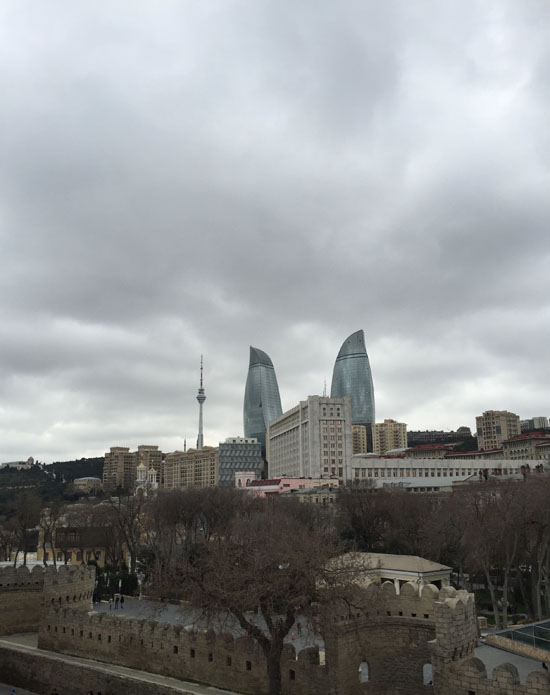 Due largely to the decades of state-mandated education in the arts and the ideological threads that have informed it, the contemporary art scene in Azerbaijan has, until recently, been relatively modest in size, with a handful of galleries clustered in and around the city’s historic quarter. Near the Palace of the Shirvanshahs, a vast 15th century royal complex of tombs and cloistered rooms, Kiçik QalArt, founded in 2009, offers a modest roster of local artists. Within walking distance, one can also find QGallery. Founded by artist Salkhab Mammadov in 1999, the gallery was, for some time, one of the few venues where contemporary artists in Baku could exhibit their work. However, in light of recent political and economic developments and the rise of an emergent wealthy class with disposable incomes, newer galleries are beginning to spring up, among them, the decidedly posher Gazelli Art House – with a satellite space on Dover Street in London – which exhibits a slim line-up of mostly non-Azeri artists. 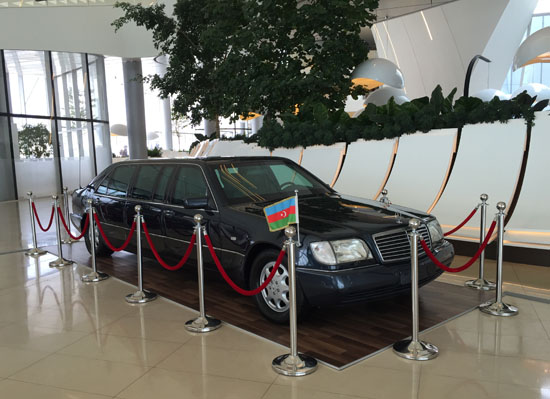 To be sure, Azerbaijan, like the former Soviet republics that border the Caspian Sea (Turkmenistan and Khazakstan), has not been without its share of political growing pains, undergoing a transition of governance from a ruling Politburo elite to a nascent democracy. The nation’s Soviet-era leader, Haydar Aliyev (a former KGB general), subsequently became the nation’s third post-Soviet president, succeeded by his son, the current president, Ilham Aliyev. With this dynastic consolidation of power, there has followed charges of systemic corruption. Freedom of speech too, has been an issue for the small nation. As recently as 2013, Amnesty International accused Ilham Aliyev of suppressing political opposition during the country’s elections which resulted in him winning his third term in office. Acknowledging this to a degree, the Azeri government has made concerted efforts to put its best foot forward in what many see as an attempt to rehabilitate the country’s tarnished image. 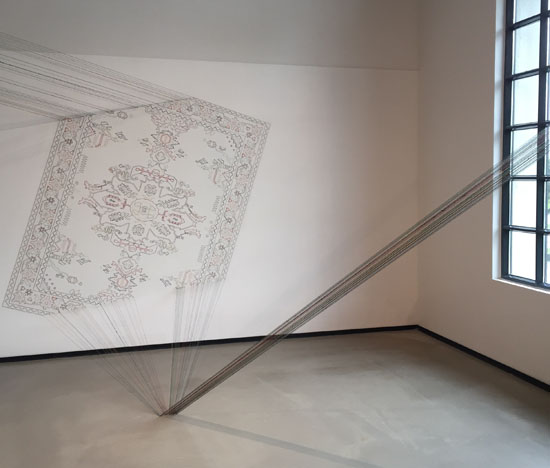 Chief among them, is a concerted campaign to promote the cultural heritage of the Azeri people. Opening in 2014 the Zaha Hadid-designed Heydar Aliyev Center, perched atop a terraced hill, is perhaps the nation’s grandest statement to-date. A vibrant white undulating structure, the centre was built to house art, artefacts and performance that celebrate Azeri cultural achievements. During my visit, exhibitions included a series of miniature replicas of the nation’s leading architectural monuments. In a moment worthy of a scene from a Spike Jonze movie, I stood before a scale model of the very same building I was in. Other museums on the Baku must-see list include the newly built National Carpet Museum (constructed in the form of a rolled-up carpet) and the Baku Museum of Modern Art, built under the initiative of Mehriban Arif qizi Aliyeva, the First Lady of Azerbaijan.

If there can be said to be a driving force behind the sudden growth of the contemporary Azeri art scene, the credit would fall to the YARAT Contemporary Art Space, a multifaceted not-for-profit institution comprising exhibition spaces, educational facilities as well as artist studios founded in 2011 by Aida Mahmudova, the niece of the First Lady. While many have been quick to make assumptions about Mahmudova’s presidential connections, the 33 year-old has structured the institution such that it relies strictly on donations from patrons and local businesses. In addition, Yay Gallery, YARAT’s commercial exhibition space in the old quarter of the capital, dedicates a portion of all sales towards the upkeep of the institution and the support of its resident artists. 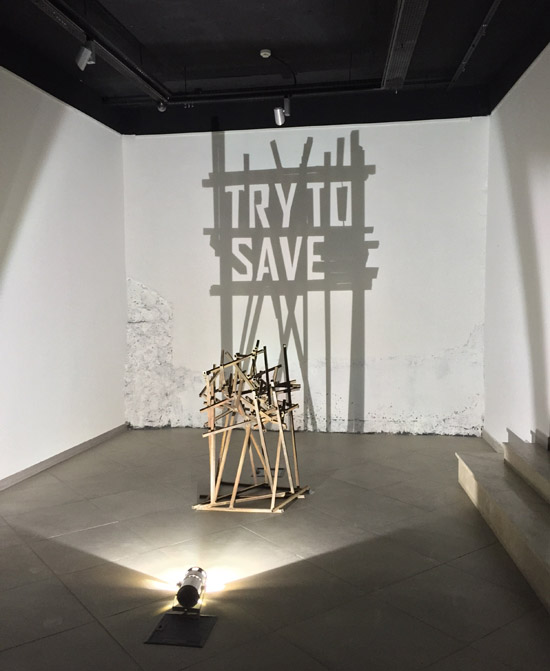 Returning to Baku from London in 2010, Mahmudova – an artist herself – recognized the need to offer material and residential support to a new generation of artists choosing to remain in Azerbaijan. Since founding YARAT in 2011 with fellow artists Faig Ahmed and Farid Resulov and several others, the last five years have seen its affiliated artists showcased in ever more high profile settings. Indeed, this will be second time in as many years that YARAT artists will represent Azerbaijan at the Venice Biennale.

During my visit, YARAT had just moved to a new, expanded space, housed in a former Soviet-era Naval warehouse. For the opening show, exiled Iranian artist, Shirin Neshat was commissioned to create a series of more than 50 large-scale black and white photographic portraits depicting Azeris both young and old. Titled The Home of My Eyes (2015) Neshat prompted her subjects to ruminate on the meaning of ‘home’, their responses transcribed by Neshat, who first translated them into Farsi before delicately transcribing them upon the surface of the respective photographs. 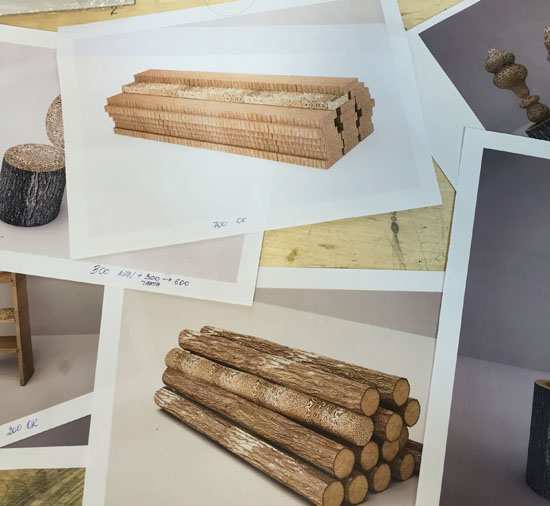 While Neshat’s photographic project sought to depict a common identity amongst Azeris, the works of Ahmed and Resulov in many ways point in the opposite direction, towards the awareness of a rapidly changing national identity and the potential for dislocation to arise out of it. Resulov’s most recent sculptural works find the artist painstakingly carving intricate Islamic geometric patterns into commercial, everyday timber. For Resulov, his installations point towards the rapidity of Baku’s urban development and its effects not only upon the city’s traditional architecture, but its broader culture. Meanwhile, Ahmed’s deconstructed kilims and rugs, including Flood of Yellow Light (2012), can be understood to depict the loosening of the very threads that have, for so many centuries, come to define the Azeri cultural identity. Change, no doubt, is coming fast to Azerbaijan. The question that remains is whether the promise it offers is far more than the illusion of prosperity.