On the 100th anniversary of the Russian Revolution, a show juxtaposing contemporary Ukrainian art with that of the country’s avant-garde

This month, in London, you could come across the slogan ‘Peace to the Huts, War to the Palaces’ in two different exhibitions. One was in the form of a civil war banner from the aftermath of what the British Library describes as the ‘Russian Revolution’; the other appeared in Mykola Ridnyi’s film Grey Horses (2016), shown as part of ‘Postponed Futures’, an exhibition at GRAD about the Ukrainian avant-garde. There, the slogan is spoken, wholly unironically, by a group of anarchists at a social centre in Kharkiv, eastern Ukraine, who read out a statement about the war in nearby Donbass that has been ongoing since 2014. It is an unusual reminder that the rash of exhibitions on the anniversary of 1917  – London alone has had at least four – have treated the era as if it is, first, wholly Russian, and second, finished and irrelevant. For many Ukrainian artists, both statements are questionable.

‘Postponed Futures’ (which closes tomorrow at GRAD), juxtaposed recent work by contemporary Ukrainian artists with Ukrainian avant-garde works of the 1910s, ’20s and early ’30s. Half of the space was filled with works made in the ‘heroic period’ of the revolution and the first decade after it from two private collections. Ukraine was one of the most complex theatres in the war and cultural ferment that followed the 1917 revolutions – fought over by shifting alliances of right- and left-nationalists, foreign interventionist troops, Communists and anarchists. After the Bolshevik victory in 1921, Ukrainian culture was encouraged via a state-sponsored process of ‘Ukrainization’, which was violently ended in 1933, as famine raged in the countryside and writers and artists faced show trials. Much of the work produced here by contemporary artists and writers – Nikita Kadan, who curated the exhibition, Lada Nakonechna (both part of the Revolutionary Experimental Space group in Kiev), Mykola Ridnyi, Oleksiy Radynski – assesses the works of the period via the war with Russia, the seemingly abortive anti-oligarchic uprising of winter 2013–14, and the attempt to legislate the country’s history through sweeping ‘de-communization’ laws. In Ukrainian discourse, the 1920s generation is often called the ‘murdered renaissance’: ‘remembered as “heroes-victims” of the Soviet regime,’ as Kadan puts it. ‘But the Communist ideas of these artists are totally neglected.’ His work, and that of this group of his contemporaries, tries to redress that neglect.

In Kadan’s words, the historical works were chosen in order to ‘present different sides of avant-garde practices: political engagement and the autonomy of formal experiment; archaist and progressivist; national and universalist’. Small abstracts and rural scenes by painters such as Oleksandr Bohomazov and Maria Synaokova take their cue from what Oleksiy Radynski, in a printed text available at the exhibition describes as ‘subaltern’ culture in Ukraine. However, these are juxtaposed with the much more clearly constructivist work of the Kharkiv-based designer and painter Vasyl Ermilov, whose architectural plans, book covers and abstracts are clearly visible as cousins of the far better known work of the likes of, say, Aleksandra Ekster, Gustave Klutsis, El Lissitzky and Kazimir Malevich. And here lies one of the exhibition’s central arguments: amongst those four ‘Russian avant-garde’ artists, picked almost at random, we find a Ukrainian Jew, a Belarusian Jew, a Ukrainianized Pole and a Latvian – and this isn’t at all untypical. The curatorial statements, and Radynski's text, attacked equally the idea of the 'Russian avant-garde' as a illegitimate nationalization of an international movement, and the notion that a distinctively 'national avant-garde' in Ukraine could be set against it.

Some of the new work engages with the specific forms of the historic avant-garde: partly as parody, partly as a return of the repressed. Kadan juxtaposes a worn archival photo of Ivan Kavaleridze’s 1924 avant-garde monumental statue of the mythic Ukrainian Bolshevik Artem, which faced destruction under the de-communization laws enacted in 2015, and a reconstruction of Ermilov’s Monument to Three Revolutions from the same year. The latter is a stark, suprematist work – immortalizing revolts in 1825, 1905, and 1917 without a figurative or obviously symbolic referent. Lada Nakonechna’s Merge Visible (2017) is a series of photo collages resembling smoother, digitized versions of the designs of Lissitzky or Malevich, or of interior axonometrics from constructivist buildings. This is deceptive – they’re actually taken from photographs of the war zone in Donbass, which have been altered using the ‘merge visible’ function on a graphics editor, removing debris and damage to leave only these minimal, unidentifiable geometric planes and volumes. She tells me that she ‘would not say these works are parodic, as I do not have an intention to ridicule’, but that she uses these forms to gesture to ‘the time in the past when artists could feel so confident’ about the possibility of positive and progressive change, and the role of artists within it.

Ridnyi’s documentary films are frequently based in and around Kharkiv, Ukraine’s second city, which was the first capital of Soviet Ukraine, between 1919 and 1934. He argues that there is little memory of this moment in the Ukrainian public sphere; it is a subject that is ‘interesting only for some artists, researchers and leftist activists’. The position of the ‘official governmental institutions like the Institute of Historical Memory is that Kharkiv was a puppet capital of Russian Bolsheviks to control the rest of Ukraine’, while in Kharkiv itself, which was nearly seized by Russian nationalists in 2014, its status as the former capital is often connected with a patriotic ‘nostalgia for a “Great Soviet past”’ that has little to do with the period of anti-imperialist and modernist construction that immediately followed the civil war.

These complexities and manipulations are brought out strikingly in Ridnyi’s film Grey Horses. Deploying the montage principles used also by Kadan and Nakonechna, it tells the story of the artist’s great-grandfather Ivan Krupskyi, an anarchist who fought in the Revolutionary Insurrectionary Army led by Nestor Makhno. The story is told in subtitles that run alongside footage of journeys to the places where Krupskyi lived, fought and worked; an excursus in which the street names mentioned in Krupskyi’s accounts are checked against their Soviet incarnations (currently being changed again); protests at the running-down of Kharkiv’s factories; and arguments amongst the city’s youth about the ‘Odessa fire’ in 2014, when fighting between pro-Ukrainian and pro-Russian forces ended with the latter being chased into a building and burned alive. The anarchists who repeat the old revolutionary slogan – ‘Peace to the Huts, War to the Palaces’ – are running a social centre that is helping internally displaced people from Donbass.

Bringing together these young people and the story of this forgotten revolutionary is an attempt to redress the fact that, in Ukrainian history, ‘leftist phenomena’ – which would also include the socialist poet Lesya Ukrainka, the Revolutionary Insurrectionary Army and the Ukrainian Communists known as the ‘Borotbists’ – are suppressed by both sides in the war over national memory. Biographies like Krupskyi’s are either ‘completely unknown or represented in a damaged form’. Standing against both what Ridnyi calls Russia’s ‘“privatization” of Soviet avant-garde heritage, including the Ukrainian part of it’ and against the nationalist myths that simply mirror the same move, the work of Kadan, Nakonechna and Ridnyi shows that the century-old revolt has left both unhealed scars and unfulfilled possibilities. The failure of the avant-garde lies not in its formal absorption or crass commercialization, but in its inability to realize its dream of international Communism, reflected in the very words we use to describe it.

Opinion
To Save a Temple from Drowning

What was lost – and what was gained – when the Temple of Dendur came to the Met? 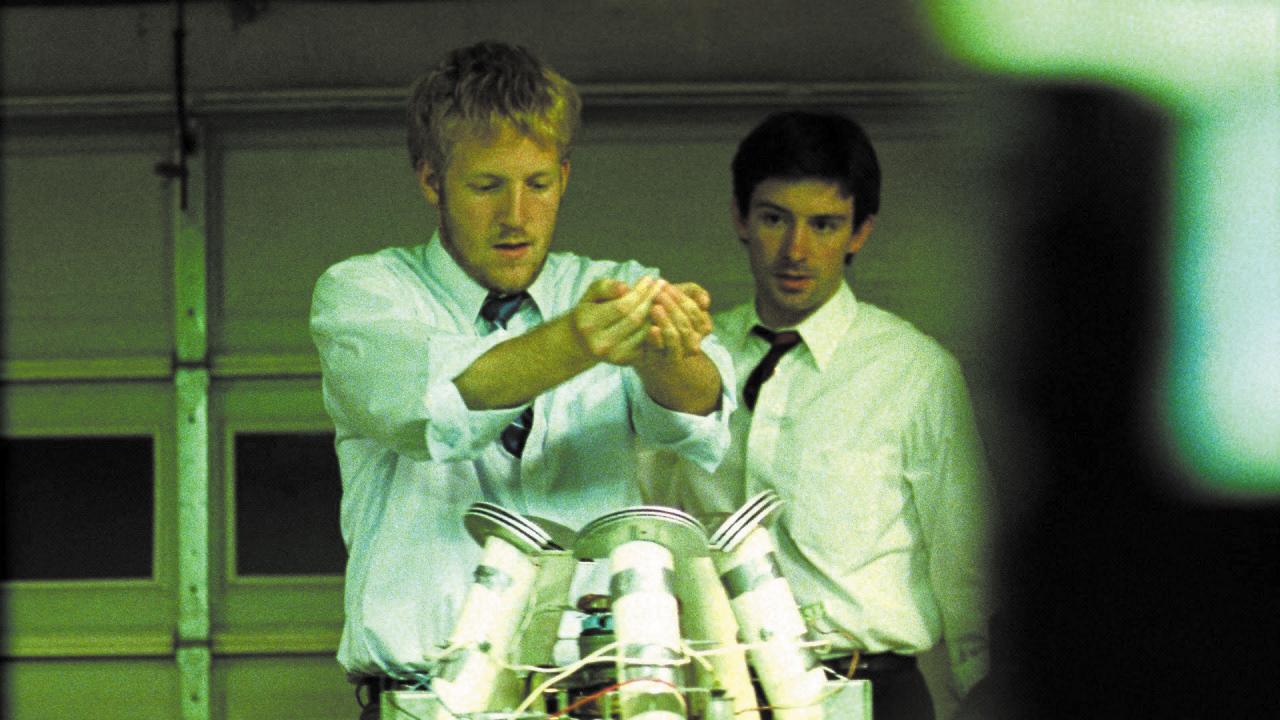