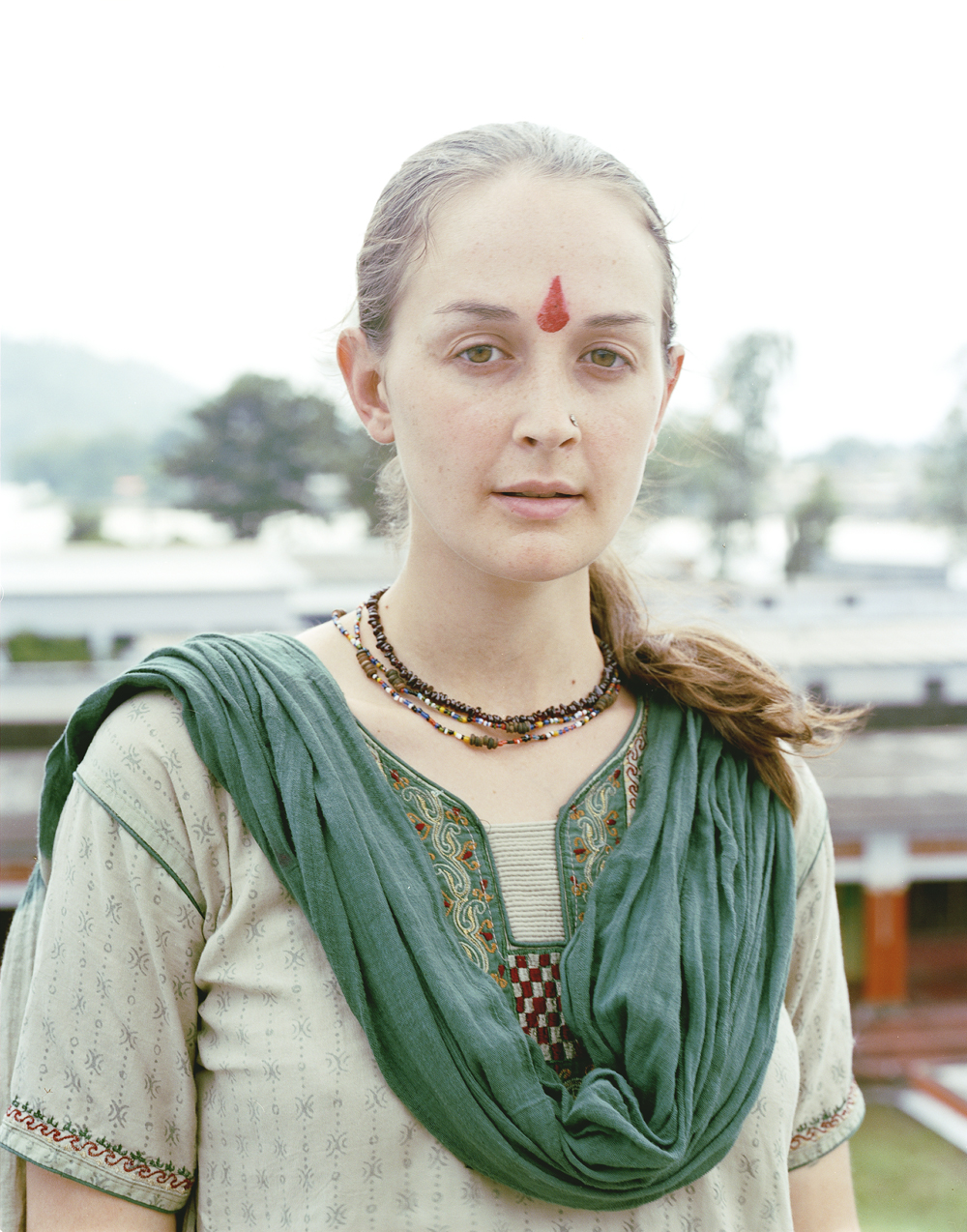 Do you have one of those friends who disappeared to India for a month to find himself? Did he come back with a beard? Does he meditate every morning? Do you believe he’s found spiritual enlightenment, or do you have a nagging feeling that it’s all a bit of phoney baloney? If you’re anything like me, you can’t help wondering how people from the USA or Europe can buy a plane ticket to Mumbai, visit a couple of places that cater to tourists, and come back swearing they’ve ‘experienced’ the culture.

It’s a subject that’s as easy to satirize as it is to romanticize, and it’s this prickly theme that American artists Sasha Bezzubov and Jessica Sucher tackle in their photographic series ‘The Searchers’ (2006). These intimate, unapologetically beautiful photos of Western spiritual tourists in India don’t aim for conceptual objectivity or distance. Instead, they’re drenched in an ethereal, almost otherworldly light. Each of the titles of the five portraits reveals the subject’s home country, so it’s possible to imagine their biographies. Emily (Australia), for instance, wears the local garb of beaded jewellery and an embroidered scarf. I try to read her face for hints that she’s reached another plane of consciousness, but her stare is both penetrating and empty.

Along with these portraits are dazzling views of meditation retreats and ashrams, such as Sivananda Yoga Vacation, where visitors sit in the lotus position in a vast space encircled by palm trees. In Osho No Dimensions Meditation, worshippers in identical red cloaks lay facedown on a marble floor beneath a soaring pyramidal roof. As in their previous projects such as ‘Expats and Natives’ (2002–5), Bezzubov and Sucher take on this cultural phenomenon not in an illustrative or pseudo-anthropological way, but in the form of lush, large-scale photographs that are as seductive and as assured as their subjects. It helps, too, that the photographers are well aware that the Western seekers who’ve travelled to India for yoga lessons and cleansing aren’t the only Westerners in this pictorial equation. Like their subjects, Bezzubov and Sucher made the journey to India (albeit both on Fulbright scholarships) to find something of their own.

As viewers, we take part in our own voyeuristic spiritual tourism. For me, this inevitably includes examining my own cultural ignorance about India – rather than faulting the subjects of these photographs for theirs. Undeniably, the images in ‘The Searchers’ are transporting; they make it hard not to want to visit. Looking at them, I even wonder if something like spiritual transcendence could exist.