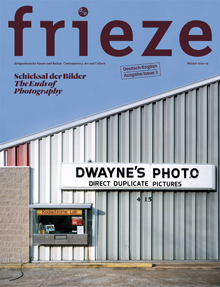 What’s a meme and what does it mean, if anything? Anatomy of an Internet phenomenon

‘scarlettjohanssoning’ recently entered the world’s vocabulary. The word refers to photographic self-portraits taken in the mirror in such a way as to show the subject’s naked backside. Such pictures can be found online in large quantities, the vast majority posted by men. There are also numerous variations featuring cute dolls or pets in the same pose. All of these pictures imitate a photograph of the actress Scarlett Johansson hacked from a mobile phone, which surfaced on 14 September. Her lawyers immediately issued notices banning its use, but they were unable to prevent it going viral as an Internet meme. The original photograph was mildly erotic, published illicitly and quickly removed from official websites. But the meme remains, raising a simple question: why?

The simple answer: curiosity, imitation, nudity and schadenfreude are the fuel that drives celebrity culture. Boredom and the desire to make oneself look important on social networks are also factors. But none of these factors explains the zeal of those involved. There is something touching about the way this pose in front of the mirror has been evacuated, made into an endlessly repeated gesture, including hairy backs and other unsightly body parts. Turning someone’s name into a verb draws attention to the emphasis on action. Such coinages can be traced back to ‘rickrolling’ (first used in 2007), the practice of infiltrating all manner of online situations with disguised links to one and the same Rick Astley video (‘Never Gonna Give You Up’, 1987).

As in the subsequent photo-memes of ‘planking’ (lying face down, rigid as a plank, in all kinds of places), ‘owling’ (striking the crouching pose of an owl) or ‘Batmaning’ (hanging upside down by one’s feet), this trend is driven by the joy of imitating and creating variations of an absurd and meaningless gesture. This is the logic of running gags, party pranks, taking people for a ride. And once you’ve seen the picture of a guy ‘owling’ on top of another guy ‘planking’, it becomes clear that mutation also plays a part. Two absurd trends can become one. And seemingly trivial Internet humour can become an aesthetically and politically effective cultural technique. Take feministryangosling.tumblr.com, for example, which combines images of actor Ryan Gosling with lines like: ‘Hey Girl. Gender is a social construct but everyone likes to cuddle’, or ‘Hey Girl. I mean… WOMAN’.

The concept of mutation points to the origins of the word meme: it is a neologism coined by the evolutionary biologist Richard Dawkins in his book The Selfish Gene (1976). Dawkins abbreviated the Greek mimeme (‘something imitated’) to meme by analogy with gene. He was aiming, then, for a cultural analogy to the passing on of genetic information via selection and mutation. A similar, older neologism was coined by the German zoologist Richard Semon, who followed Jean-Baptiste Lamarck in assuming that characteristics can be inherited. As early as 1904, Semon used the word ‘mneme’ (the Greek mnéme, memory), writing of ‘mnemonic traces’ that enter social evolution. For a long time, Lamarckism seemed to have been totally refuted; today we know that characteristics can indeed be inherited. The similarity between ‘mneme’ and ‘meme’ makes sense: memory and imitation are mutually dependent.

In his 1933 essay ‘Über das mimetische Vermögen’ (On the Mimetic Faculty), Walter Benjamin refers to language as the ‘most complete archive’ of the human capacity to identify similarities and abstract from them: ‘the mimetic element in language can, like a flame, manifest itself only through a kind of bearer’. On the Internet, this bearer consists of zeros and ones, and it can give rise to a mere idea or a memorable image. This is nothing new, but the primeval power of imitation is reformatted and updated by media technology. Goethe’s 1774 novel Die Leiden des jungen Werther (The Sorrows of Young Werther) triggered a wave of ‘Werther mania’ that involved imitating both the tragic hero’s outfit (blue jacket, yellow waistcoat) and his suicide. The principle media of the time were books, newspapers, letters and conversation. The Internet interlinks and accelerates the process, lending it a new quality. But what is this quality?

Artists have been studying this for some time, initially via stock photography: from Richard Prince, whose work of the early 1980s consisted of rephotographing pictures of advertising models looking in a particular direction, to Hans-Peter Feldmann (pictures of female knees, unmade beds), to Peter Piller, who collected aerial photographs of houses with their blinds down (‘Schlafende Häuser’, Sleeping Houses, 2002–4), while Susan Hiller collected found online images of people suspended in the air, publishing them as Homage to Yves Klein: Levitation (2008). All of these artists separate the images in question from their original context (commerce, administration, art aura) and subject them to an emancipatory, democratizing serialization.

Memes in this spirit have long since emerged on the Internet, one example being a collection of pictures showing ‘women laughing alone with salad’. This bit of fun quickly becomes a caustic remark on diets, advertising and madness that circulates and is reposted hundreds of thousands of times on social networks. Perhaps the legendary picture blog ‘Selleck Waterfall Sandwich’ (showing just that: a succession of photomontages with Tom Selleck, a waterfall and a sandwich) is the delirious male equivalent? There is an element of Dada and absurdity here, but also what Klaus Theweleit has called ‘serial pleasures’: the emotional appropriation by adolescents of ‘cool’ series of branded goods and pop artefacts, in the spirit of Warhol, as a way of escaping the control of those responsible for their upbringing (teachers, parents, psychologists). Except that today, ‘uncool’ series are also permitted (like Rick Astley or sad Keanu Reeves in a helmet) and a brand or product is no longer necessary (planking requires no accessories). Oedipal baggage is jettisoned in favour of collectivizing narcissism. Anything can become a meme, anything can circulate and become amplified, including political concerns – grassroots movements or the digital mob.

In October 2011, Julian Assange created a media spectacle by showing up at the ‘Occupy’ activists’ encampment in London, in a Guy Fawkes mask (the meme of the ‘Anonymous’ group); according to reports, the police insisted that Assange remove the mask, but it’s nicely self-defeating to provoke such a response in order to be able to appear as the famous person giving a speech. Assange outed himself as a political dinosaur: if he had taken the movement and its meme seriously, he would have chosen to remain anonymous, with or without the mask. The memes – and this is something art anticipated – are the beginning of the end of auratic figures of collective identification, whether they are called Scarlett or Julian: no more heroes.
Translated by Nicholas Grindell

Hew Lemmy tracks the rise and fall of the UK’s most iconic purveyor of teenage cool, and the desires, hopes and aching failures it left its wake