Thomas Dane Gallery’s exhibition ‘Signals: If You Like I Shall Grow’ takes its title from a poem by the Russian Soviet Vladimir Mayakovsky that was printed in the second issue of Signals Newsbulletin: ‘If you like, / I shall grow irreproachably tender: / not a man, but a cloud in trousers!’ It accompanied visual documentation of David Medalla’s bubble machine sculptures, Cloud Canyons (1963–77).

Newsbulletin was an experimental publication produced by Signals London – an influential gallery that ran between 1964–66 – as a way of documenting their exhibitions, alongside critical essays, poetry and reports on science and technology. This illusory encounter between Medalla and Mayakovsky embodies the playful, interdisciplinary trajectory of Signals (originally named ‘The Centre for Advanced Creative Study’). Its diverse and innovative programme brought together avant-garde individuals and networks located across Europe, the US and Latin America. Group shows were favoured and each exhibition was referred to as a ‘pilot’: a means to generate new ideas. Conceived by kurimanzutto co-founder Jose Kuri and curated by art historian Isobel Whitelegg the exhibition embodies Signals’s generative, expanded approach. Assembling more than 80 works borrowed from public and private collections, the show traces the diverse constellation of moments, conversations and synergies within Signals’ short lifetime and beyond.

The first part of the show, at 11 Duke Street, brings together early work by Signals’ three founding artists: Medalla, Gustav Metzger and Marcello Salvadori. (The other founders were the critic Guy Brett and curator Paul Keeler.) It also includes the elongated, blinking electric light sculpture by Takis that gave the gallery its name (Signal, 1964). Video footage of Metzger’s Auto Destructive Art (1965) creates a productive material parallel with Salvadori’s Untitled (Trace Project series) of the same year: an intriguing sculpture made from layers of bubbling and crackling Perspex treated with acid. While Metzger and Medalla are collected by institutions worldwide, Salvadori faded into obscurity after the late 1960s, only showing once (at the Institute of Contemporary Arts) after Signals closed.

Lygia Clark’s small folded-matchbox maquettes (Estructuras de caixas de fósforus / preto / blanco, Black / White Matchbox Structures, 1964) share a vitrine with Tres Torres (Three Towers, 1963–70) by Mathias Goeritz. The Brazilian Clark and Mexican Goeritz never met, despite their shared interest in architecture, so this incidental pairing materializes an imaginary and significant connection. The use of collage, repurposed paper and unconventional materials by Alejandro Otero and Antonio Asis sparks a dialogue with Russian constructivism. Two works by Otto Piene, co-founder of the Zero Group, highlight how Signals was engrained within a wider experimental network of artistic exchange and collective ideas. Liliane Lijn’s Double Drilling (1961) indicates her interest in molecular structures, the relationship between positive and negative space and the vibrating energy of the void.

The appropriation of scientific and mathematical concepts was a recurring motif in Signals’ output, bridging various forms of knowledge production. Multiplied forms and material connections recur, with artists exploring sequences, inversions and permutations. Mira Schendel’s Untitled (from the series Crosses and Vertices) (1964–65) and Droguinhas (1965–66) open the space at 3 Duke Street, indicating her engagement with alternative paradigms, motivated by philosophy, metaphysics and spiritual concerns. Dom Sylvester Houédard – known simply as dsh – similarly engaged with profound ideas, such as dis-ontology and para-art, creating concrete poetry that he punched out on his typewriter.

The last section of the show at Thomas Dane is a response to ‘Soundings Three’, one of Signals’ final exhibitions, which brought together works by London- and regionally based UK artists. John Wells and Ivor Davies, whose large abstract paintings and sculptural wall pieces are included here, would continue to have careers as as professional artists. Other polymaths, who worked beyond these neat artist circles, disappeared, choosing academia or other creative paths. Malcolm Carder – whose large, clear acrylic Box (1969–70) appears like a modular line drawing in space – became a scientific illustrator, later collaborating with Stephen Hawking. The history of Signals, too, is a story of evaporation. An auto-destructive art history, perhaps, yet one that leaves a constellation of fragments, ready to be sparked once again.

Signals: If You Like I Shall Grow runs at Thomas Dane Gallery, London until 21 July.

Philomena Epps is an editor and writer based in London. 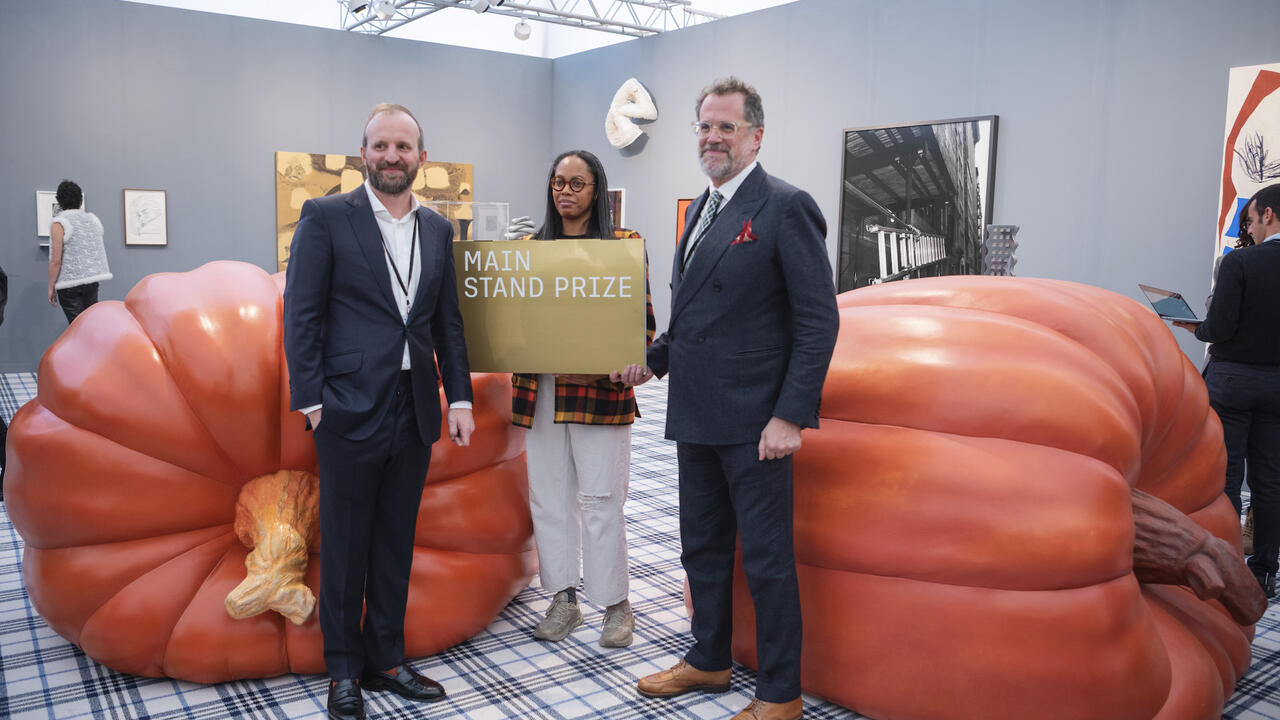