A report from the recent ‘Speculative Realism and Speculative Materialism’ conference at the UWE, Bristol 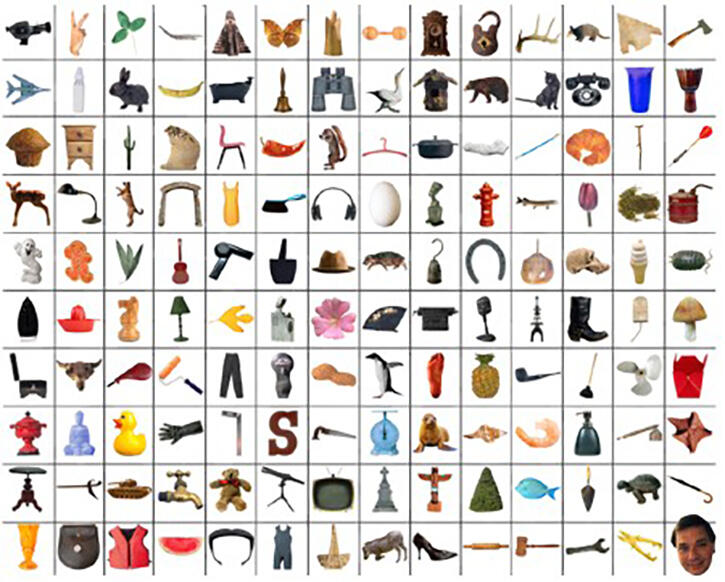 ‘Though it has always been a badge of honour among intellectuals to dislike being stamped with any sort of label,’ said Graham Harman at the start of his typically exhilarating presentation at the ‘Speculative Realism and Speculative Materialism’ conference at the University Of West England in Bristol (UWE), ‘other fields of human innovation have a much stronger sense for the value of a brand name.’ Harman argued that branding is ‘not merely a degenerate practice of brainwashing consumerism, but a universally recognized method of conveying information while cutting through information clutter.’ He maintained that the label ‘speculative realism’ – originally a term of convenience coined at a conference at Goldsmiths, University Of London, two years ago – was just such a potent brand name. This conference at UWE was partly an attempt to question the continuing usefulness of the term.

Speculative realism has certainly revivified philosophy, inspiring a fervour of concept-production far beyond the traditional (but now largely moribund) academic spaces with which philosophy is usually associated: in the para-academic journal Collapse, for example, as well as in an efflorescence of blogs such as Speculative Heresy, Accursed Share, Planomenology and Naught Thought.

The original Goldsmiths event brought together four philosophers – Harman, Ray Brassier, Iain Hamilton Grant and Quentin Meillassoux – who were united by an antipathy towards the dominant consensus in continental philosophy. It was the publication of Meillassoux’s After Finitude (2006; translated by Brassier into an English edition published by Continuum in 2008) that gave the four philosophers’ common enemy a name: ‘correlationism’, the view that thought cannot have access to things-in-themselves, only to things as they appear for us.

For different reasons, the other three thinkers leapt over the threshold to the ‘great outdoors’ that Meillassoux’s intricately argued book opened up. All three had already developed different forms of philosophical realism which had nothing in common with the pallid form of realism rightly held in disrepute by European philosophy: naïve realism, the view that the world is just as it appears to us. Instead, the speculative realists each opened up a weird world, foreign to human experience and commonsense. Returning to Descartes, Meillassoux maintained that the real is what can be rendered as mathematical symbols. Harman’s ‘object-oriented metaphysics’ (outlined in Tool Being, 2002 and Guerilla Metaphysics, 2007) argued that the world is made up of ‘entities with specific qualities, autonomous from us and from each other’; Grant’s ‘nature philosophy’ (expounded in his On An Artificial Earth: Philosophies Of Nature After Schelling, newly published in paperback by Continuum’s imprint Transversals: New Directions in Philosophy), sees nature as a ceaselessly productive machine, throwing out particular bodies only as the visible side effect of a perpetual, invisible mutation; while Brassier’s pulverising equivalence of scientific naturalism with nihilism was made in Nihil Unbound (2007; still sadly only available in an expensive Palgrave hardback).

With a shared agenda now established, the UWE event promised to explore the differences between the four thinkers (something that Harman has been doing on his own blog, where he has produced science fictional scenarios in which the future of philosophy is fought over by factions developing from the four speculative realists’ current thinking). Is ’realism’ the right term? And what is the relationship between ‘realism’ and ‘materialism’?

Materialism is a label which is almost universally claimed by a continental philosophy which also prides itself on its hostility to realism. Harman wanted to reverse this valuation, holding on to realism while rejecting materialism. The tendency in materialism, Harman claimed, is always to dissolve specific objects, reducing them either to smaller physical entities or, as in the case of Grant’s philosophy, seeing them as ephemeral products of an underlying monist hyper-nature. Brassier, by contrast, pointed out that in the philosophy of someone like Slavoj Žižek the material seems to connote only a blockage, the point where thought fails – by this definition, the material cannot be thought. The problem was to return to matter without assuming a pre-established harmony between our conceptual apparatus and the world. Brassier also questioned the equation of materialism with practice: why is praxis material?

Meillassoux could not attend the UWE event, but his replacement, Alberto Toscano*, raised the important issue of speculative realism’s relationship to politics, and to another sense of materialism – precisely the Marxist one that gives such a central role to practice. Using the work of the Marxist theorist Lucio Colletti, Toscano argued that Meillassoux’s refusal of anything outside of logic and mathematics is a form of philosophical idealism. Meillassoux seeks to combat what he sees as a resurgent fanaticism with mathematised reason. But the very point of Marx’s critique was to have shown that ideological distortions are not just errors of reason. Toscano referred to ‘Marx’s theory of real abstraction, to wit the idea that the excesses of speculation and the hypostases of idealism are not merely cognitive problems, but are deeply entangled with abstractions that have a real existence in what, following Hegel, Marx was wont to call an upside-down world. Thus the State, and its philosophical expression in Hegel, and Capital, and its theoretical capture in the political economy of Smith and Ricardo, are not simply thought-forms that could be dispelled by some enlightened emendation of the intellect, or a valiant combat against superstitions.’

The role that speculative realism might play in a new anti-capitalism has yet to be established; it is one of many exciting areas that this still-emerging, thrilling philosophical field has opened up.* Alberto Toscano’s paper from the UWE conference has been posted on the ‘Infinite Thought’ blog.