Modernity, violence, narrative, repetition: slapstick shares as much with contemporary art as it does comedy 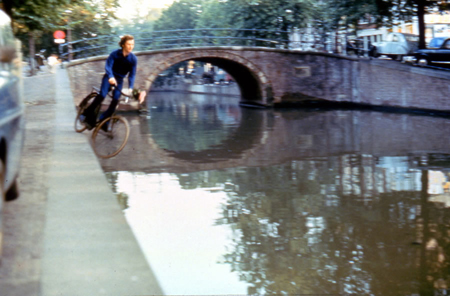 ‘… Stone the Crows! Love a Duck! God Almighty! Blimey! Bloody Hell! Christ Almighty! Fuck Sake! Bollocks! No! Stop it! Do something! Mayday! Abandon ship! Women and children first! Man overboard! All hands on deck! Every man for himself! All hands to the pumps! Batten down the hatches! There she blows! Splice the main brace! Shiver me timbers! Pieces of eight! A-harrr Jim lad. Stop it! Me Beauty. Who’s a pretty boy, then? Aargh! (Parrot squawk) Land ahoy! Home at last. Home. There’s no place like home. It’s my home. Our home. It’s not your home. It’s good to be home. Alone at last. Alone …’1

Gary Stevens’ Ape (2007) is an hour-and-a-half-long deluge of exclamations that segue from the outrage of a couple caught in flagrante, to pantomime piracy, to the disgruntlement of disappointed parents, to pleas for mercy. Three performers reiterate and exaggerate one another’s movements and utterances to make these transitions, but their characters are interchangeable, their exclamations clichéd and their actions emptied of intention. This effectively clears the way for slapstick, with words and actions only temporarily coalescing into narrative legibility before exposing their methods of artifice and tumbling back into burlesque.

Slapstick of early-20th-century silent film, from which Stevens takes his cue, has its roots in vaudeville, burlesque and circus: Charlie Chaplin’s tramp and Buster Keaton’s newly wed or steamboat skipper, for instance, are variations on the ancient character of the clown. Until a fin-de-siècle departure that emphasized the erotic, the term ‘burlesque’ was understood to mean stripping conventions of their credibility or treating a serious subject ridiculously. Such theatrical parody carried across into slapstick cinema through the aping, exaggeration and inversion of narrative conventions, often referring to other films, novels or plays; similarly Stevens’ Ape is rather like channel-hopping between the familiar narrative conventions of conflict and resolution. In his two-channel video Wake Up and Hide (2007) Stevens focuses on and magnifies to the point of ridicule the conventions of concealment, as a group of performers dive behind curtains or under tables when apparently disturbed by the sound of someone entering the real gallery space. Although sitting around a room with all the trappings of human comfort – television, newspapers, a bottle of whisky – the performers behave like timid animals with uncomplicated reflexes. Slapstick has never been a tool appropriate to Expressionism or autobiography, and, rather like the Keystone Cops, Stevens’ performers are generally ciphers for individuals rather than fully delineated characters. Whereas high comedy and melodrama often depend on the invention of a character familiar in life with whom we can empathize, in low comedy or farce original characterization is not important. In ‘Laughter: An Essay on the Meaning of the Comic’ (1899) Henri Bergson explains how comedy ‘could not produce its disturbing effect unless it fell, so to say, on the surface of the soul that is thoroughly calm and unruffled. Indifference is its natural environment, for laughter has no greater foe than emotion.’ And yet it also ‘does not exist outside the pale of what is strictly human. A landscape may be beautiful, charming and sublime, or insignificant and ugly; it will never be laughable. You may laugh at an animal, but only because you have detected in it some human attitude or expression.’2 The slapstick body, then, is at once individuated and archetypal, so Maurizio Cattelan’s suicidal squirrel, Bidibidobidiboo (1996), and the pathetic shuffle of vegetable choreography in Pil and Galia Kollectiv’s performance Asparagus: A Horticultural Ballet (2007) appeal to a sense of slapstick through the processes of anthropomorphism tempered by anonymity.

The origin of the word ‘slapstick’ is fabulously literal. The slapstick, or battacchio, was used in commedia dell’arte, the 17th-century Italian popular theatre, to make an exaggeratedly loud noise when hitting a performer. The violent aural effect – the slap – has been transfigured into such cinematic equivalents as the pie in the face and the pratfall, but although some contemporary artists have referenced these physical or visual motifs directly, their methods or effects are not always commensurate with the genre. Steve McQueen’s video Deadpan (1997) – in which the artist repeatedly reconstructs Buster Keaton’s stunt where the façade of a house falls around him, the artist escaping disaster by the coincident positioning of a window – employs mechanical repetition to wring the gag dry. Conversely, Bas Jan Ader’s tumbles from trees and roofs, from a bicycle into an Amsterdam canal and finally and fatally from a boat into the Atlantic, gather around them an existential atmosphere that contradicts Bergson’s criterion of indifference.

Whereas Filippo Tommaso Marinetti declared violence the highest form of aesthetic expression, a means of transcending the limitations of the mundane physical realm through technology, imagination and power, the violence that is dehumanized in slapstick comedy generates a much more ambivalent state in the viewer. Charles Baudelaire describes this laughter as ‘at once a sign of infinite grandeur and of infinite wretchedness: of infinite wretchedness by comparison with the absolute Being who exists as an idea in Man’s mind; of an infinite grandeur by comparison with the animals. It is from the perpetual shock produced by these two infinites that laughter proceeds.’3 The moment of impact, then, is the symbolic point at which gravity reminds us of our mortality, that we are above the animals but below the gods. Paul de Man describes this process of multiplication at the instant of the fall: ‘As a being that stands upright, man comes to believe that he dominates nature, just as he can, at times, dominate others or watch others dominate him. This is, of course, a major mystification. The Fall, in the literal as well as the theological sense, reminds him of the purely instrumental, reified character of his relationship to nature; nature can at all times treat him as if he were a thing and remind him of his factitiousness, whereas he is quite powerless to convert even the smaller particle of nature into something human.’4 Paul McCarthy’s schlockfests, then, probably consign the human too unequivocally to the realm of the beasts, but, for all their emotive impact, Ader’s falls also dramatize this point of self-ironization. The human subject becomes an object under the sway of natural forces, switching from conscious person to passive object, from artist to art work, or from subject with interiority to object with exteriority.

The lineage of such a triangulation of artist, event and residual art work (in Ader’s case a video or photograph) perhaps begins with Marcel Duchamp’s Trebuchet (1917) – a coat rack screwed to the floor like a trap, its vertical functionality displaced along a horizontal axis. Trebuchet, like Martin Creed’s Work No. 100 (1994), a fixed pile of floor tiles obstructing a doorway, and Andreas Slominski’s ongoing series of low-fi animal traps, implies a moment of impact yet to happen, but it remains a notional event perpetrated by an imaginary protagonist who remains imaginary. Slominski’s actions, however, are more comparable to the ontology of slapstick. Golfball Aktion (Golf Ball Action, 1995) required a professional golfer to drive a golf ball over the entire Hamburger Kunsthalle, Zurich, onto a flatbed truck, from where he putted the ball through the gallery window on to the floor, where it came to rest as a ‘sculpture’ and the objective distillation of an absurd act of hubris.

Slapstick thrives on the gratuitous interruption of narrative by a series of spectacular events, a schematic model that Donald Crafton describes as ‘the vertical, paradigmatic domain’ rupturing ‘the horizontal, syntagmatic domain of the story’.5 John Wood and Paul Harrison perpetually prioritize the ‘vertical’ gag over the ‘horizontal’ narrative thrust of their videos. In The Only Other Point (2005) the camera pans through what appears to be a series of spaces in which balls of varying sizes, colours and quantities hail down en masse, freeze in mid-air or behave otherwise anomalously. The horizontal movement effectively stands in for narrative flow, but its entire purpose is to lead from one ‘vertical’ event to the next. Whereas the pies shoved in faces in early silent films impede the characters’ progress towards universally recognized goals – the girl, the boat, the villain – for Harrison and Wood the moment of impact ceases to be an impediment; our expectations of gravitational pull have ultimately been capitalized on, and the pie is recast as the central character of the piece.

Joanne Tatham and Tom O’Sullivan bring terminology, imagery and methodology closer into line with slapstick in their play The Slapstick Mystics with Sticks present ‘Thou Art That!’ (2001), performed by The People Show at Frieze Art Fair in 2004. The play approaches slapstick by dint of its almost continuous non sequiturs, refutations and misdirections, as well as the blankness of its stock characters: an embodiment of the superego, a mirror, a devil’s advocate, a quack, a suffragette and a chorus. Tatham and O’Sullivan also directly reference commedia dell’arte in their pyramid sculptures, which often sport large clownish faces and harlequin motifs, as well as insinuations of Aztec patterning and other atavistic signifiers unmoored from their referents. The sculptures’ obstinate refusal to release coherent meaning reflects slapstick’s prioritizing of image and fragment over schematic common sense, and such scrambling of signifiers, symbols and archetypes is pivotal to creating anarchy out of familiarity. As Tom Gunning describes: ‘Melodrama takes seriously signs of virtue and vice. Comedy unmasks them, recombines them and creates a new zone of stylistic freedom, fashioning carnival out of ritual.’6 Keaton describes a stage act in which he spontaneously interrupted his father’s performance of the skit Legomania, shrugging on a sou’wester, grabbing a lamp and staging a fight scene from a popular novel in a lighthouse; Keaton takes a tumble, removes the oilskin and the his father’s performance continues as though nothing extraneous has happened.7 A number of artists have similarly authored a ‘drama of signs’ from which meaning remains errant; most notoriously nonsensical perhaps is the genre-bending narrative anarchy of John Bock’s films and videos. Dandy (2006), for instance, is a bodice- ripping sci-fi run colliding doctors and nurses with Joris-Karl Huysmans’ Á Rebours (1884) and a dash of Toulouse-Lautrec.

If we think of slapstick in this appropriationist way, even painting can be analogous, as it is especially adept at referring to and dislocating itself from its history. The collaged references of Sigmar Polke and the fierce parody of Martin Kippenberger have been normalized so that Paula Kane’s kitschy Constable-goes-Disney landscapes and Rebecca Morris’ tasteful appropriation of abstract motifs have become symptomatic of their generation. Although painting has been labouring under an altogether different task, negotiating a position within a medium that has long absorbed the ricochet of quotation into its ontology, temporality is also vital to the identification of the slapstick protagonist with their era. Film theorist Laleen Jayamanne describes Chaplin’s tramp as an anachronism, both too late and too soon: too late because he appears as a Utopian figure interrupting modern temporality, but also too soon because he can manipulate objects, people or structures better than anyone else.8 As such a positioning tool in both the wide arc of history and the telescoping sense of self, the political undertow of slapstick becomes clear. Its tussle with modernity and play on personal agency can be identified more with the agendas of artists than the frothy entertainment for which it is often mistaken.