BY Nooshfar Afnan in Critic's Guides , Reviews Across Asia | 24 MAR 21

Top 7 Shows to See in Beijing

Following outbreaks of COVID-19 in the run up to Chinese New Year, Gallery Weekend Beijing has been pushed back to the end of April. But a slew of shows has already opened in the year of the Ox, encouraging us to think imaginatively – from a new take on 1980s Chinese art to an unlikely pairing of works by Liang Shaoji and Yang Fudong. Here are the highlights:

Greeting visitors as they enter Li Nu’s exhibition ‘Peace Piece’ – the inaugural show at Spurs Gallery, formerly known as Boers-Li – is a massive, corroded-iron wall in front of which sits a wheelchair fashioned from a chair and bicycle. Taking its title from Johann Sebastian Bach’s orchestral suite, Li’s Air on the G String (2021) is inscribed with German and Russian phrases which translate to: ‘When the Spirit Cries’ and ‘What Do We Do?’. Quoting the East German guard, who escaped in 1961 during the construction of the Berlin Wall, and Bolshevik revolutionary Vladimir Lenin, the work introduces a wider exploration of border crossings in the show. In Migration (2019), an open suitcase holds a small screen playing footage of a durational performance. We see Li running through Beijing, with his car’s license number written on his jacket, where he usually would not be allowed to drive. Li raises questions about freedom and argues that at some level we are all immigrants.

‘Waves and Echoes: A Process of Re-contemporarization in Chinese Art circa 1987 Revisited’
Beijing Inside-Out Art Museum
14 November 2020 – 9 May 2021
This extensively researched group exhibition moves away from the mainstream narrative of 1980s Chinese art to offer a more inclusive history. Curators Liu Ding and Carol Yinghua Lu connect the 1985 New Wave movement – usually considered the beginning of contemporary art in China – to previous generations of artists working against the backdrop of the Cultural Revolution. Archive material, documentary footage and original works from the period are presented alongside re-creations, giving viewers an overall sense of artistic production of the time. By the end of the 1970s, various artist collectives were emerging, such as the No Name Group, offered each other support and improved access to resources, while allowing for individual expression. Shanghai-based M Art Group, founded in October 1986, took a radical, anti-art stance. Video of the Performance (1986) shows the artists rejecting old modes of artistic expression and adopting more experimental forms, such as performance. In one such piece, artist Song Haidong burned his painting.

‘Snapshot’
Galerie Urs Meile Beijing
13 March – 2 May
For its first Beijing group show, Galerie Urs Meile presents key works by its core artists, from Shao Fan’s traditional ink painting to Cheng Ran’s virtual-reality environments. Sculptures by Not Vital, Hu Qingyan and Yang Mushi, among others, are presented alongside paintings such as Wang Xingwei’s oil-on-canvas Chinese Tea Ceremony (2021). Marion Baruch’s simple, yet intriguing Au-delà du temps. Le rouget et le noir (2017), is made from polyester, remnants from the textile industry, whose practices she questions. In Cao Yu’s Kneeling Figure III (2019), traces of the artist’s genuflections on raw canvas are faintly discernible, symbolizing the feeling of humility and freedom that artmaking inspires in her. Lively colours abound in a painting by Rebekka Steiger (Pacman, 2020) and a group of sculptures by Ju Ting (Coral, 2020–21). Following a year of isolation, bringing together the gallery’s artists in a group show that reveals unexpected synergies, feels impeccably timed.

Qiu Zhijie
Galleria Continua Beijing
10 December 2020 – 11 April 2021
For his latest exhibition, influential artist, curator and theoretical writer Qiu Zhijie delivers 14 lectures broadcast live from his studio, the gallery and Beijing’s Central Academy of Fine Arts, where he is dean. On display in the gallery are several work stations, which host artefacts and teaching tools related to each lecture. Qiu has described his lectures – which explore a variety of topics from mythical creatures to historical events – as akin to performance. Offering advice on nurturing creativity, he suggests art should be part of daily life and encourages independence. Qiu urges artists to ‘reappear on the cultural scene as someone more than a supplier of objects’. In another instance, he suggests getting rid of ‘the habit of relying on work proposals and drawing designs’. He continues, ‘we should trust the process of creating with our hands instead of waiting for inspiration’.

Gao Ludi
White Space Beijing
13 March – 5 May
Stepping into one of Gao Ludi’s shows is always a feast for the eyes. Yet, despite his liberal use of fluorescent hues, the artist’s palette retains its nuance. Stressing the flatness of the picture plane, Gao deconstructs everyday objects into large angular or rounded forms painted in blocks of saturated colour, outlined in contrasting tones. In ‘Journal’, his fifth solo show at White Space Beijing, the artist offers us his response to life during this past pandemic year. Images of food, eyes and flowers prevail, as do human subjects, such as the Football Fans (2020–21), whose faces we see in close up as they excitedly watch a match. As a nod to the show’s title, the paintings are hung against large, pale-grey rectangles that resemble the blank pages of a journal, with the occasional fluorescent-orange corner signifying a bookmark and giving us the sense that we are turning the pages of the artist’s life.

‘First Spring: Chapter One’
Shanghart Gallery
13 March – 2 May
In an unlikely pairing, ‘First Spring’ brings together works by conceptual artist Liang Shaoji and video artist Yang Fudong to explore the unexpected visual and spiritual unities between their dramatically different practices. In Sound of Heart (2014), Liang suspends rows of cut bamboo from the ceiling, creating an ‘instrument’ that can seemingly produce a heavenly sound from nothing. In fact, the work is silent but, as the pieces gently move, we might imagine we can hear a melody. In the adjacent space, Fudong presents one of his characteristically non-linear films, First Spring (2010), in which people of different eras and cultures – some dressed in historical costumes, others in fashion-forward Prada – converge in Shanghai. At times, they share the same space – eating, walking, balancing on cables – but they never directly interact. The lack of audible conversation leaves room for imaginative interpretation. The film’s score carries through next door, animating Liang’s instrument. 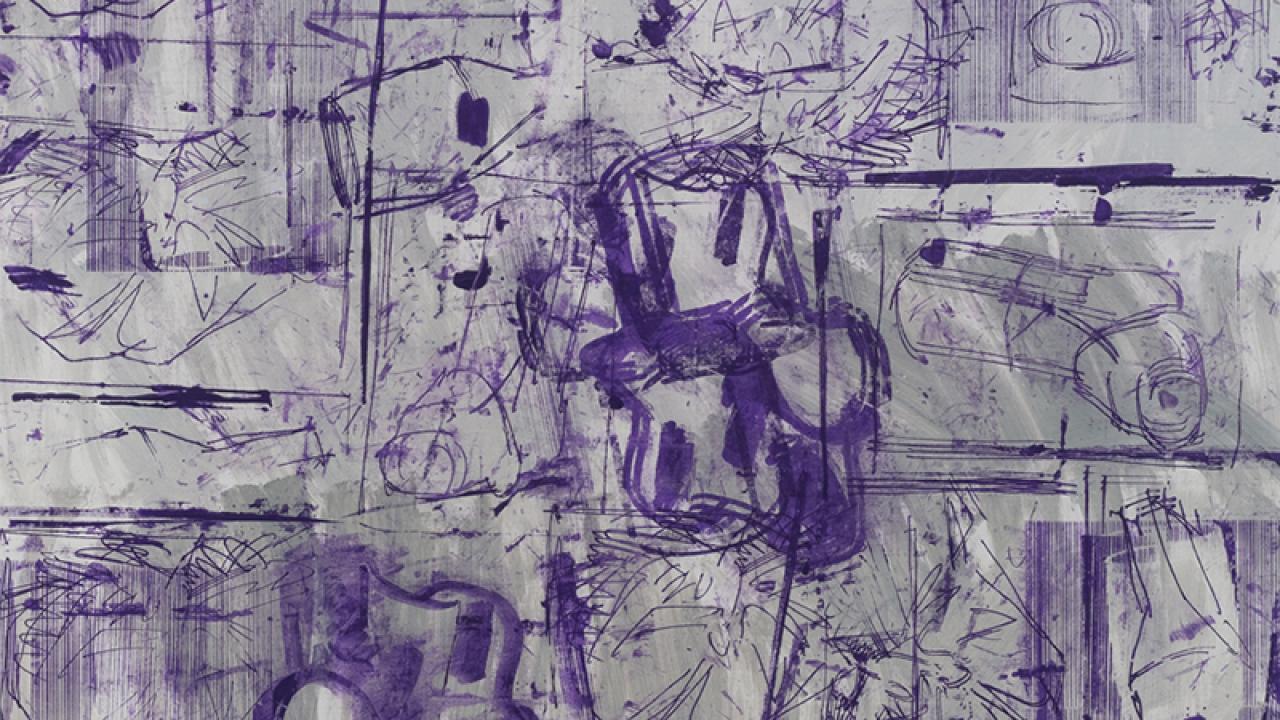 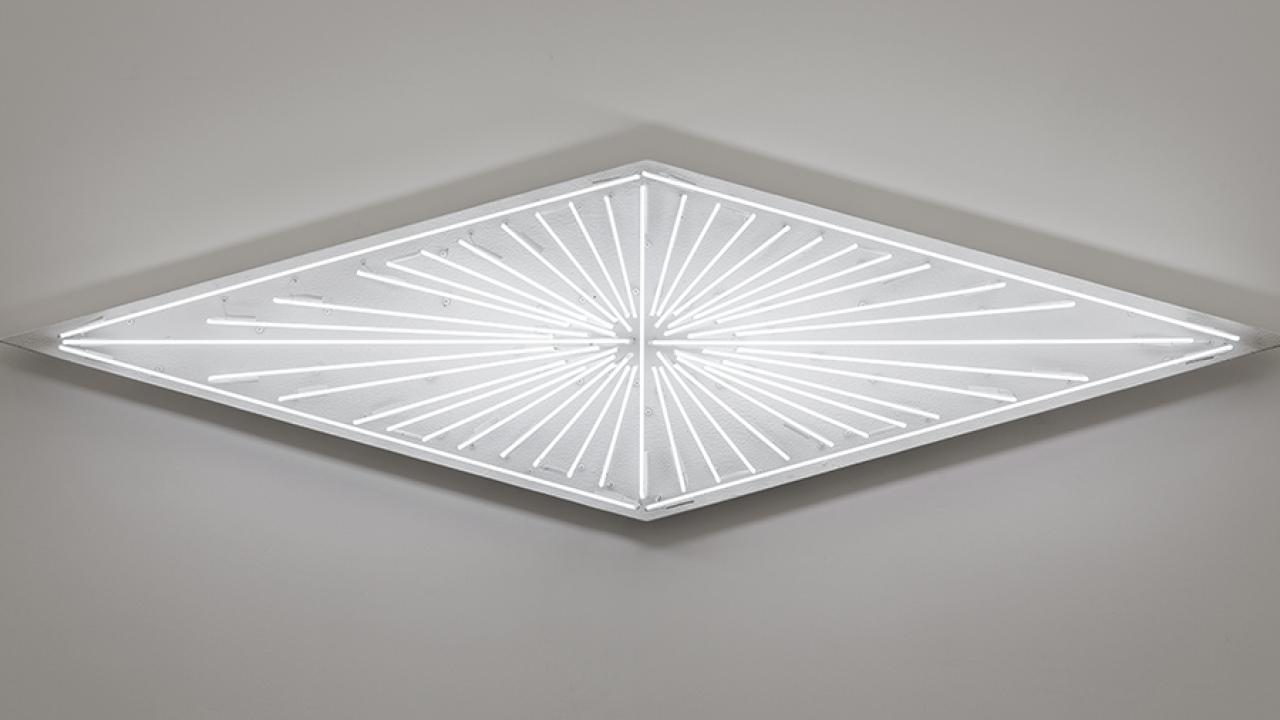 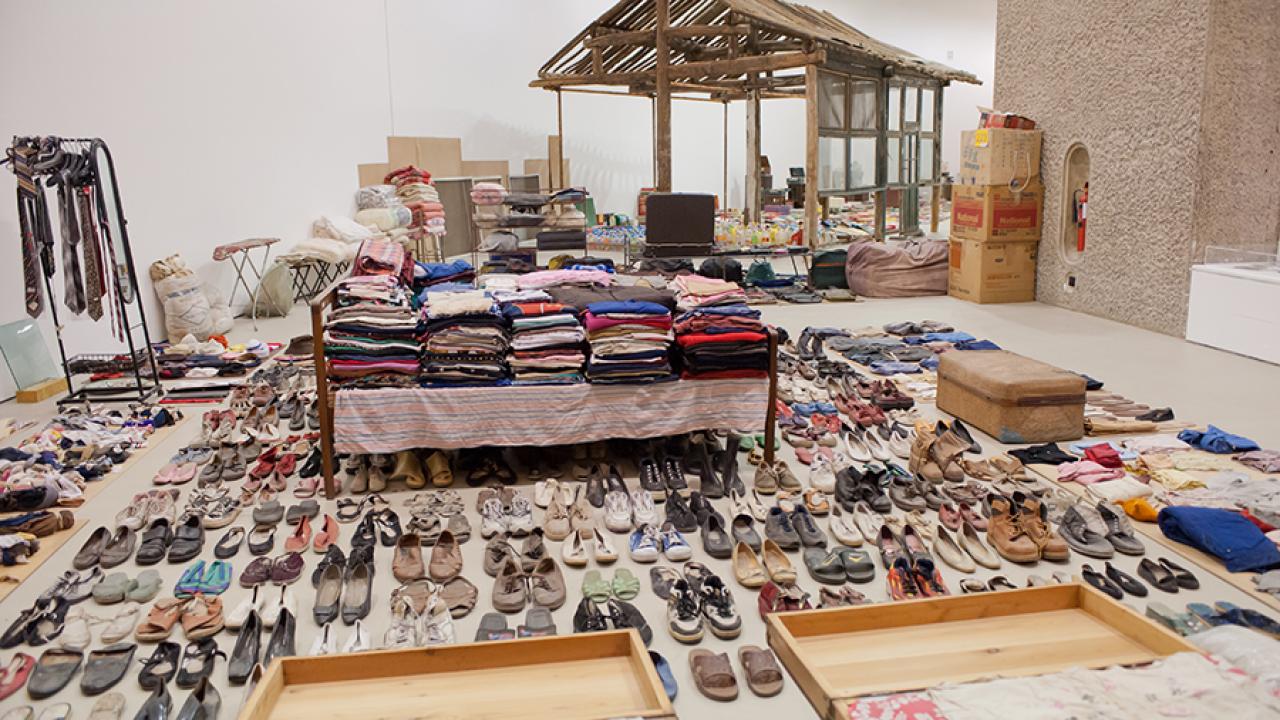 ‘Even a piece of paper had a trajectory and a life: to be written upon; to be used as a tablecloth or to clean the table; to be burned for heat and to become ashes’