Hard-and-fast syntactical rules. Sweetbreads. Backstroke. Boxer shorts. Under-packing for trips. Using an unsoaped sponge to wipe off a kitchen surface. TV shows, however lauded and meritorious. Margarine. Sunscreens with an SPF lower than 60. Horseback riding. House plants. Writing negative reviews. Answering emails promptly. Glue guns. Long fingernails. Tube socks. Jogging. Pull-ups. Piña coladas. Dress-for-success schemes. Getting up early. Excessively violent movies. Snorkelling. Footnotes. Hobbes. Loud restaurants. Thongs. La-Z-Boy chairs and other recliners. Hazing, however metaphorical. Art fairs and other litmus tests for aesthetic relevance and value. Small airplanes. Hard candy, including brittle. Seitan. Jumping rope. Thorough explanations. Butter knives. Canned fruit. Playing Chopin’s Scherzi (1833–43) up to tempo. Figuring out whether the turd on the backyard patio is from a dog or a bear. Admiring large muscles. Taking a stand on whether I am for or against Wagner. Prematurely excising a phrase or an opinion. Believing too literally in expiration dates on medicines and other necessaries. Taking blurbs at face value. Non-fat milk. Non-fat yogurt. Excessive tidiness. ‘The pursuit of the whole.’ God. Avoiding mixed metaphors. Avoiding words not found in dictionaries. Vitamin pills. Fruit juice. Being afraid to use an X-Acto knife. Cautiousness about cadmium paint. Economizing on toilet paper and paper towels. Sleeping without a weighted blanket. Addictive attachment to good-looking people. White wines without body or taste or character. Red wines served too warm. The assumption that the world is improving. The assumption that activism depends on the hope that the world will improve quickly or that the world will ever adequately remedy its errors. The belief that evil exists elsewhere rather than right here. The assumption that the characteristics of contemporary evil are widely understood. The assumption that certain civil-rights battles have already been fought and won. The assumption that people in general don’t like bullies. The assumption that tyrants will eventually realize the folly of their ways. The belief that authoritarianism has been adequately contained, neutralized, quelled. The belief that photographs of atrocity have a universal power to provoke rage, grief, remorse, ethical questioning. The belief that history doesn’t repeat itself. The presumed immortality of cultural relics, including books. Schools, libraries, hospitals and theatres as sanctuaries. Cafes and bars as sanctuaries. Freedom from surveillance. The hope that human attention is a power not yet monetized. Decaffeinated coffee. Learning a new language quickly. Retaining a detailed memory of movies I saw a week ago. Topic sentences and thesis statements, except when I feel like using them or they spring up accidentally. An innocent relationship to air-conditioning, plastic bags, plastic bottles. Blossoming into a coloratura tenor. Documenting in a photograph the fragrance of a late May rugosa rose. An iris yesterday blooming among chives. Playing Liszt’s Piano Sonata in B Minor (1854) up to tempo. Rosé for breakfast. Raising a glass of champagne to toast the bride and groom. Shopping at San Jose’s Valley Fair with my mother. Talking about freedom with my father. Living in an era when Fag Rag was the newspaper of record. S&H Green Stamps and the anticipation of vast reward. The possibility of skinny-dipping with Robert Rauschenberg. Riding the elevator with Susan Sontag. White chocolate. Seeing a rabbit hop into a viburnum bush already losing its blossoms. Browsing the new critical theory releases at St. Mark’s Bookshop. A lap dance for 20 dollars at San Francisco’s Nob Hill Theatre. Seeing Jeanne Dielman, 23, quai du commerce, 1080 Bruxelles (1975) for the first time at New York’s Film Forum. Seeing Les parapluies de Cherbourg (1964) for the first time at the Film Forum. Seeing Shōhei Imamura’s Vengeance Is Mine with my parents in San Francisco in 1979. Cruising while reading Luce Irigaray at the Big Cup on Eighth Avenue. Buying a Fido Dido t-shirt from Roger & Dave’s postcard shop on Seventh Avenue. Getting a massage from Max Grand in his West Hollywood apartment. Reciting my poems too quickly at poetry readings so I can squeeze more material into my time allotment. Nerf balls and bean bag chairs and waterbeds. Memorizing a passage from Shakespeare’s Romeo and Juliet to shame my parents for not taking me out with them to see Liza Minnelli’s first film, The Sterile Cuckoo, at a San Jose theatre in 1969. Sibling carsickness in Big Sur. Zinc oxide on the sunburnt noses of lifeguards bigger and more assured than I. 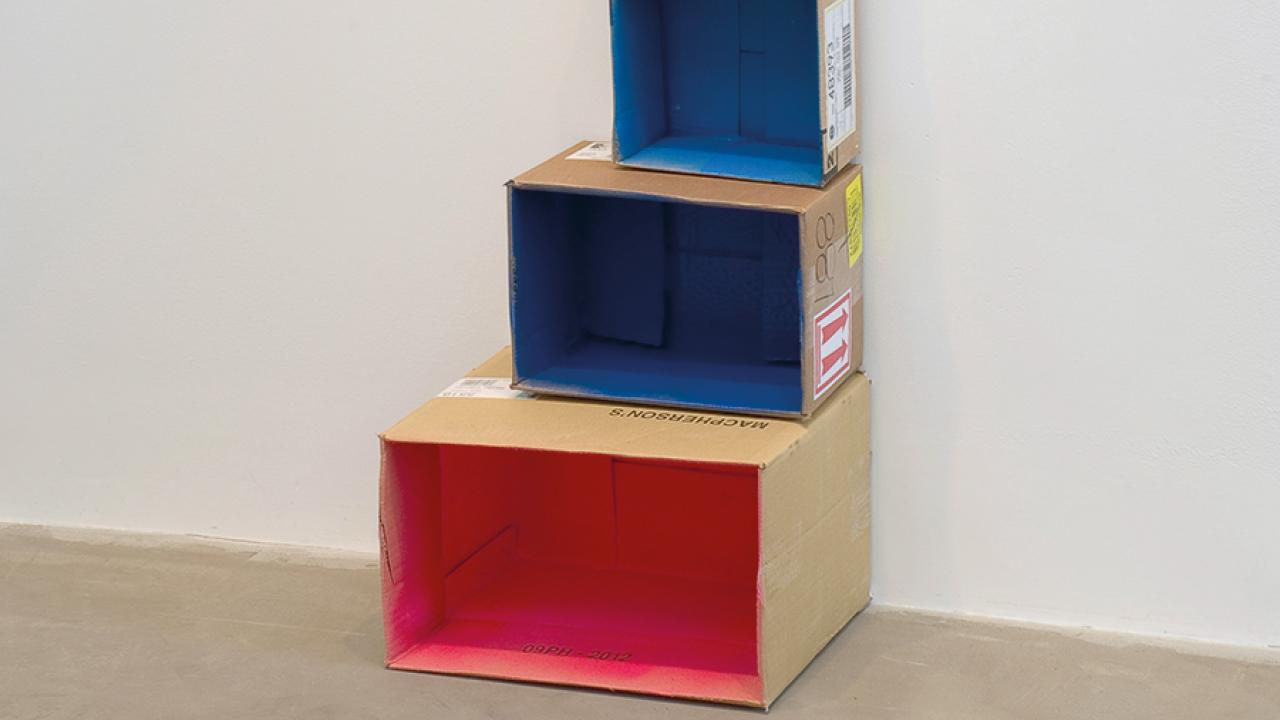 Fan Letter
Wayne Koestenbaum on the Sculptures of Tony Feher

‘His work resembles a world from which the humans have departed; all that remains are the mute plastic things, marked with purposeless love’ 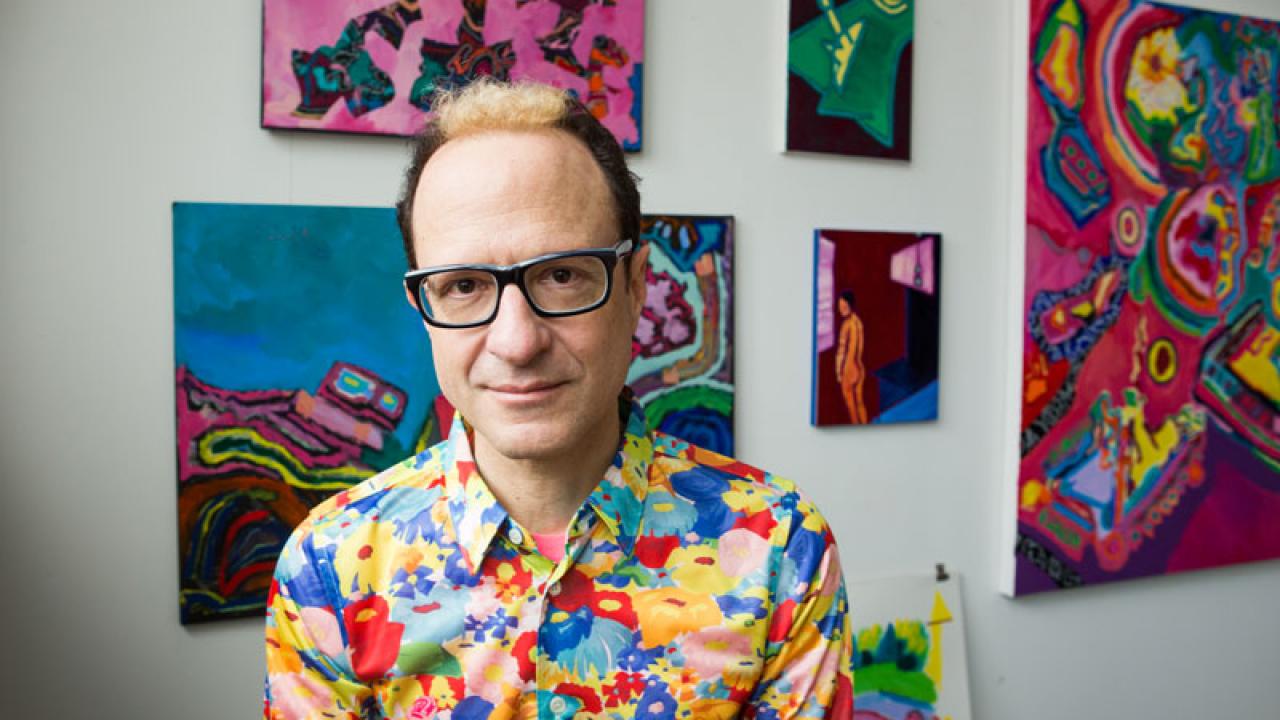 Interviews
Wayne Koestenbaum Gets Tricky with His Pronouns

‘I spend more time being seduced by the void … as a way of energizing my language’: poet Wayne Koestenbaum speaks about his new book 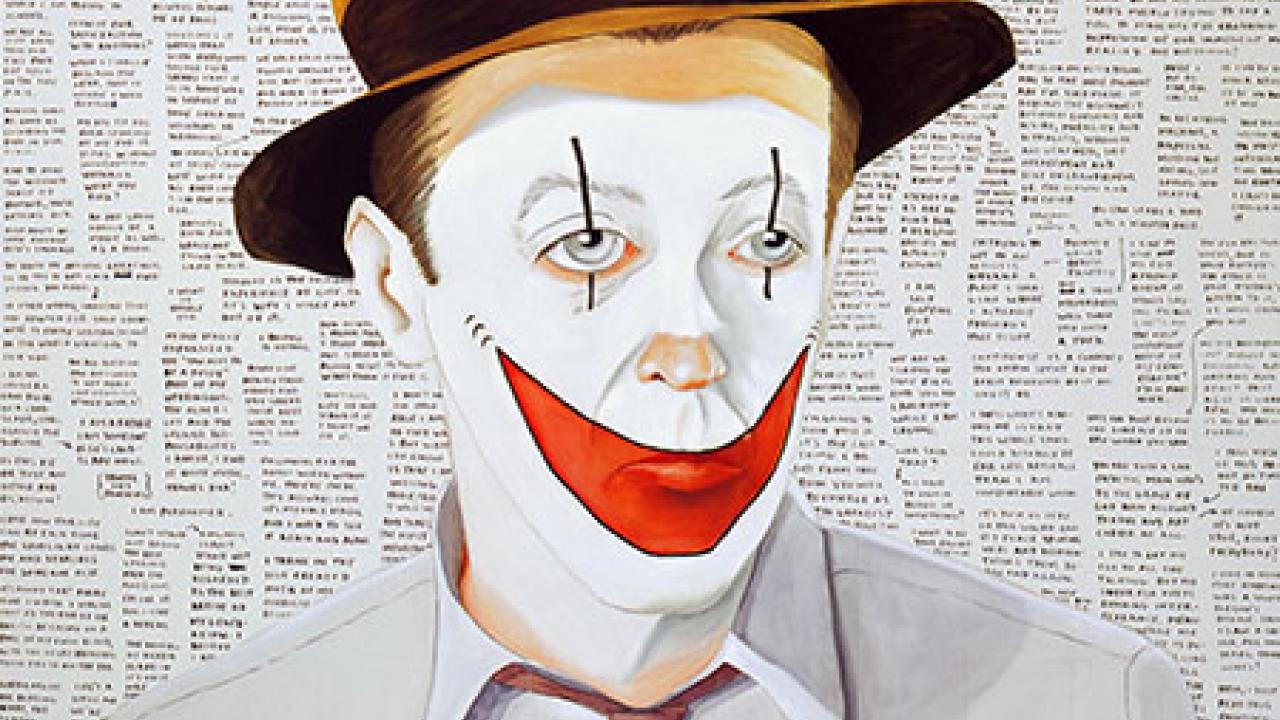