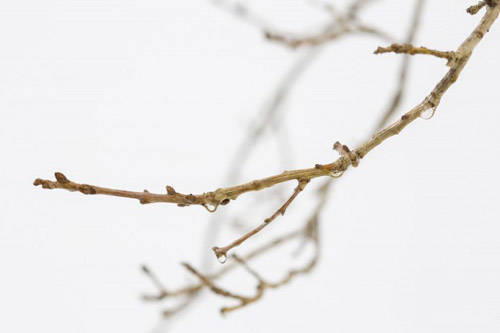 Bearing traces of their history, objects are ready-made narrative vehicles. Perhaps Duchamp’s most telling perception was that such narratives become fictional when a found object becomes an art object. Every readymade is ‘assisted’. The ambiguity between fictional and actual history cuts both ways: artists use it to highlight the past’s inaccessibility, or to expose how willing we are to believe what an object tells us about itself. 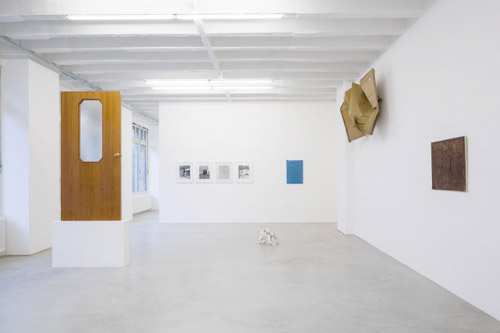 Sofia Hultén’s film Altered Fates (2013) may not be ‘a fundamental treatise of sculpture’, as the curator of Gathered Fates, Ignasí Aballí, magniloquently puts it, but its staccato, performative vignettes combine the basely materialistic and the Romantically expansive in a way analogous to the actual and fictional histories of found art objects. Hultén, dressed like a labourer and armed with an electric drill, removes a succession of objects from a full skip – a sheet of hardboard, a rope, some timber – and briefly modifies them before returning them. The film’s title characterizes these actions as intrusions on the object’s ‘fates’, yet the arbitrariness of Hultén’s interventions – paint rolled onto a board; a carpet rerolled back to front – is self-deprecating, deflecting emphasis onto the pasts and futures they qualify. 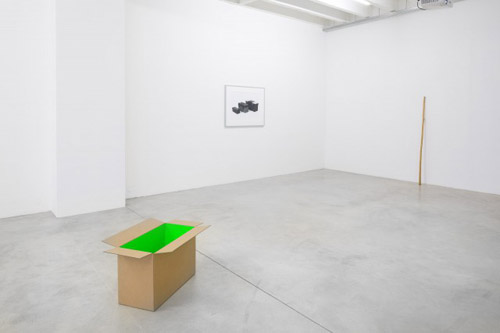 Like a fable, the film converts the skip into a time machine, conferring equivalent powers onto the other works in the exhibition. Hreinn Fridfinnsson’s Source (1992–2015) – a cardboard box lined with day-glo green paper – is a model for such transformation: the Warholian Brillo Box as Tardis. Florian Slotawa has been gradually converting the objects he owns into art, sometimes recording them as still-life photographs before they take the leap (or showing they have already done so in becoming a photographic motif). Mannheimer Bestandsaufnahme (Werkzeugkästen) (2002/09) shows three tool boxes, each a little larger than the other, as though cartoonishly pumped up within photography’s illusionistic space. Unmarked by use, they have become generic signifiers of function, perfectly blank minimilistic shells, unable to denote the past they connote. 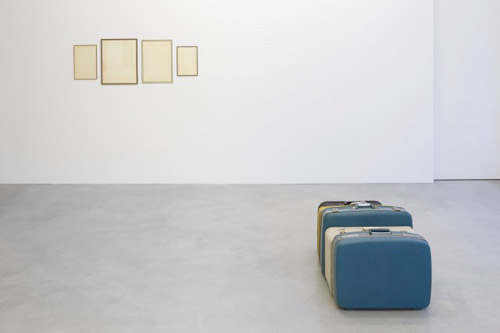 The risk of this theme is that of succumbing to nostalgia. Johann Thurfjell’s contributions – a frail branch that appears to grow out of the wall and an old window that leans against the gallery’s window – are so light and unassuming they seem to apologize for their own wistfulness. The modifications are applied with the delicacy of the miniaturist: varnish on the twigs, crystallizing it from the mattness of nature to the sheen of art; silicon ‘raindrops’ streaking the panes. Sirous Namazi’s ongoing recreation of objects from his Iranian youth – before his family were expelled from their home in 1979 – attempts to universalize particulars, and in so doing surrounds them with a hallowed aura. The rule that every detail – of a door, a mirror, an ornamental carpet – must be artificial only serves to expose the slipperiness of the distinction. The door’s lock is 3D printed, but the mirror is just a mirror, requiring the artificial stains ageing it and the plinth on which it raised, to claim a remove from the past they refer to. The heavy-handedness is unnecessary because the art context has already claimed the objects as artifice. Mirosław Bałka, with relative concision, places a few old floorboards onto a skateboard (82 × 40 × 16, 2010), converting it into a lounger, as if the boards could now roll back into the past they belong in. The bright green plastic winking under the boards says ‘artifice’ more forcefully than any 3D printing could. 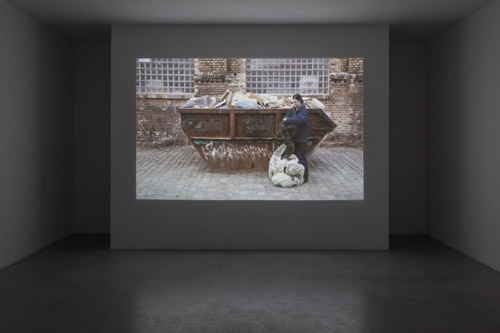 Trompe l’oeil, in the context of found object sculpture, places artifice into the equivalent of inverted commas. Nothing tells us that Ceal Floyer’s early work Garbage Bag (1996), which is full of only air, does not contain the junk its title implies. Here the inverted commas are placed around an art object’s air of untouchability, discouraging us from testing its weight and keeping open the question of what it has brought with it. Even if it is only more of the material out of which it is made, as in as the crumpled polythene sheet which the garbage bag in Hultén’s skip proves to contain. 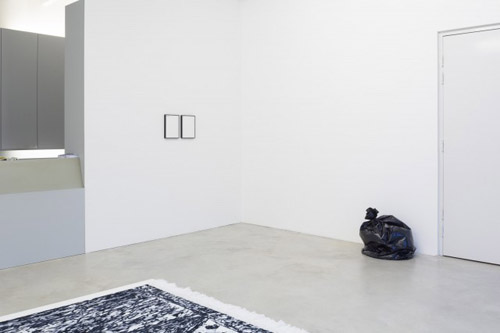