From expert gallery advice to visiting the “Tom Cruise Door” on the backlot: here’s what’s to see, do and eat at Frieze Los Angeles

At Paramount Studios, the world’s leading galleries join Los Angeles’s defining art spaces to celebrate our city’s position as a global arts center and destination. All across the Paramount Backlot in a set built to be a stand-in for a real city, curated artist projects illustrate Los Angeles’s vibrant interplay of artifice and reality. Interspersed are creative experiments in retail, patronage, and publishing from some of Los Angeles’s most celebrated artist networks and talked-about enterprises. The Backlot provides fairgoers a special opportunity to wander this ‘non-place’ where other worlds are produced and imagine a city where art is at the center of the conversation.— Bettina Korek, Executive Director, Frieze Los Angeles 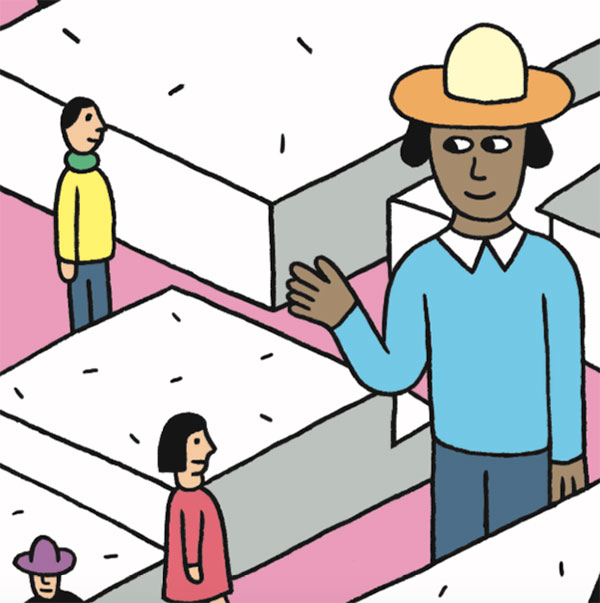 The Frieze Los Angeles gallery tent is built over an area that could be flooded with over a million gallons of water to film aquatic scenes, from The Ten Commandments (1956) to Waterworld (1995). The 177-foot wide mural wall, painted like the sky, completes the illusion.

Meredith Darrow says: “Explore the L.A. based galleries and artists, my favorites of which are Blum & Poe and David Kordansky Gallery for more established artists - and Chateau Shatto and Night Gallery for younger emerging artists. At the same time, remember that many established galleries participate in fairs these days with the goal of placing works in that fair’s geographic region. That makes this a fantastic opportunity for L.A.-based collectors to be prioritized by world-class galleries, who don’t have brick and mortar spaces here. I’m particularly excited about Sadie Coles HQ, Thomas Dane Gallery and David Zwirner and looking forward to working with them on acquisitions for L.A based collections.”

Constructed to resemble a city, the Paramount Backlot features a ‘Financial District’ and rows of Brownstones and other streetscapes — featured in countless movies and shows. These set the stage for Frieze Los Angeles Productions “on the lot”, including artist projects, events, pop-ups and food.

For Frieze Projects, curator Ali Subotnick has invited artists who live, work or have histories in Los Angeles to develop projects that ‘grapple with a land of make-believe, built to be seen on film’. Though, unlike the main gallery section of the fair, these works are not necessarily for sale, Frieze Projects supports ambitious, experimental work— from a washing line of paintings to a Psychic Art Advisor—that otherwise would not be shown at an art fair. 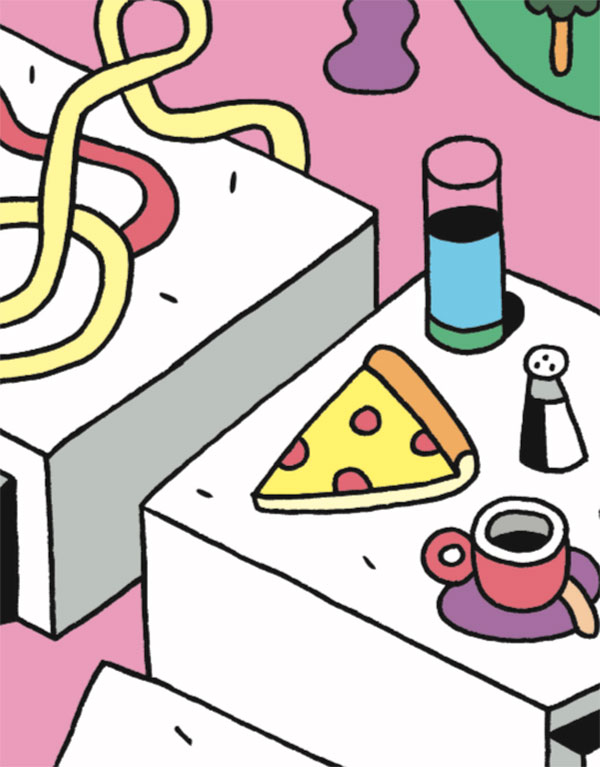 Widely agreed to have the best food of any art fair, Frieze’s fair in Los Angeles is no different, with coffee, refreshments and dining options including: Baroo, Cinqué LA, Coni’s Seafood, Milkbar, Roberta’s and Sqirl.

Premiering last May, Acid Free is an art book market organized by a collective of L.A.-based independent publishers. This special Frieze edition is the place to buy everything from a glossy gallery catalogue, to a rare, out of print monograph or a limited run artists ‘zine.

Raise a glass of Champagne at the Ruinart Lounge and note down your toast: it can be translated into Morse code and performed by singers as part of a piece created by Los Angeles-based artist Emily Mast, entitled Continuous Wave (2019).

Side by side are two identical but differently sized doors that are used to make shorter actors look taller (and vice-versa). Paramount staffers, it’s said, nicknamed these doors “Tom Cruise and Nicole Kidman” after the two actors’ well-known height difference.

Curated by Hamza Walker, Director of L.A. non-profit art space LAXART, Frieze Talks and Frieze Music begin with "Name That Tune", a series organized by Josh Kun which uses music as a way to engage artists and thinkers. Meanwhile, Frieze Film screenings include curated presentations of work by Cécile B. Evans, Tala Madani and Anri Sala as well as landmark pieces from Frieze’s history. For the full schedules, go online or get the Frieze Art Fairs app.

When done for the day, head to Gower Street or Van Ness Avenue for the official ride-share pick-up zones.

From outdoor art to vintage wine and artists’ books, five highlights for the Frieze visitor, all within ten minutes walk of The Shed

Frieze Director of Americas and Content, Rebecca Ann Siegel shares her routine and useful tips for a typical day during Frieze New York

The photographer has been capturing meetings with ordinary people on the streets of the UK for twelve years: now, he's bringing this body of work together for the first time

Tracing the evolution of the Vision & Justice project from its origin as a Harvard course, to a landmark issue of Aperture, all the way to this year's tribute at Frieze New York