From photographing every house in America, to putting every book online, complete databases are all the rage 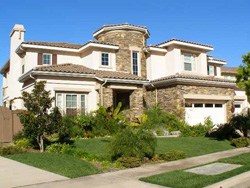 The Zaio Corporation is not a creation of Philip K. Dick. Nonetheless there is something strangely Dick-like about what it does, for Zaio (short for ‘Zone Appraisal and Imaging Operations’) plans to photograph every house in the USA. By the company’s estimates, over 100 million houses will soon be documented and placed online.

This vast project is only the latest extravaganza in an accelerating trend for collecting information. Zaio’s database GeoPic joins the grandiose Google Book Search – which plans to make available online every book that has ever been written – as the latest attempt to hoard the world. For these behemoths completeness, rather than usefulness, is paramount.

The desire to create such complete databases is by no means new. Since the Library of Alexandria was established as the repository of all knowledge in the ancient world in the third century BC there has been a desire for a complete compendium of wisdom, as opposed to the dilettante’s cabinet of wonders. In these total collections the intrinsic worth of the individual object pales in significance beside the comprehensiveness of the whole.
The dream of total data should be distinguished from the encyclopaedic urge, which, by its very nature, is one of reduction. Pliny the Elder claimed his Naturalis Historia (Natural History, c. ad 77) was ‘as varied as nature herself’, yet he also admitted, ‘I know well and confess freely that many more things may be added’. Similarly Wikipedia, which seems to be a fully paid-up denizen of this new age of totality, is more traditional than one might think. While it contains thousands of obscure topics – Star Trek aliens, Japanese children’s television, computer game characters – alongside more conventional entries, Wikipedia’s ‘notability’ guidelines prevent complete obscurantism and thus comprehensiveness. Ultimately Wikipedia is only broadening the canon of knowledge rather than dissolving it altogether.

By contrast, Zaio and Google Book Search seem to be the result of the growing fetishization of completeness. If all-knowingness used to be a facility of the supernatural, it seems we are now being offered a sliver of divinity (although if Zaio is responsible, our apotheosis will merely turn us into a perverted god of stalkers who knows the colour of your curtains.) These new online databases are the information age’s pyramids, not just in their aspirations to godliness but in the laborious, unskilled drudgery that has created them. Zaio’s photographers are charged with taking 500 to 1,000 photos a day, while Google’s book scanners are breathing automatons, engaged in the kind of infinite task that would have had Jorge Luis Borges chuckling in his librarian’s office.

There is, of course, an innate hubris in these undertakings. The Library of Alexandria was, after all, destroyed by fire. But there is also something just a little perverse about the whole endeavour of cataloguing every book and every house, even if this perverseness is hidden behind the lace curtain of the corporate press release.

If we view attempts to create complete collections on an individual level, the innate insanity of the task becomes somewhat clearer. Never one to shy away from the impossible or impractical, Buckminster Fuller attempted to document his life from 1917 to 1983. The result was his Dymaxion Chronofile. ‘I could not be the judge of what was valid or not,’ he wrote, ‘I must put everything in.’ By the time of his death the Chronofile was 270 feet long and filled to bursting with notes and sketches, newspaper clippings, bills and letters.

A different approach to this ‘pathology of completeness’, as John Elsner and Roger Cardinal term it in The Cultures of Collecting (1994), was taken by the artist Artur Bispo do Rosário (1911–89), a paranoid schizophrenic who was interned in a Rio de Janeiro asylum for 50 years. Obsessed with the Last Judgement, he created complex tapestries from the detritus of the asylum, which he termed ‘registers of my passage on earth’. Bispo do Rosário believed that, come the Last Judgement, he would be chosen by God to reconstruct the world afresh, using his models and weavings as blueprints. As such, his work is a wild web of connections containing frantic recordings of his past and his surroundings, as complex as the firing synapses of a brain.
Of course, Bispo do Rosário was right to consider his work a religious task: the first recorded obsessive collector was Noah. But no matter how insane the manias of Bispo do Rosário and Fuller, they were also unique. Despite the unwieldy profusion of data they collected, Bispo do Rosário and Fuller’s lives acted as indexes, making the comprehensive comprehensible. Google Book Search and Zaio’s house pictures, by comparison, have about them something monolithic, inhuman and obscure. While there are clear commercial benefits to be gained, one wonders if their attempts at total knowledge will help as much as we think.

If you have ever got lost on the Internet, clicking from one hyperlink to another, you will know how easy it is to fall into an Arabian Nights vortex, wherein you forget where you began or what your initial quest was for. No matter how well attuned the search engine, is it possible to catalogue, in a meaningful way, the wild profusion of existing things? For what is being created in these mega-databases is not so much an informational tool as a world as infinite and difficult to traverse as reality. When does data become as inert as the reality it represents? Will people in the future ask, as they did of the pyramids, ‘why did they build them?’