Wiener Gruppe IV: She Seems to Have An Interest in Small Men

A collaborative project responding to the Wiener Gruppe

At the moment, I seem to have a certain interest in small men. The question arises how to praise them specifically without it sounding like a compensation.

Now I will propose a sentence with no relation to the preceding one.

Pass me the butter, will you please, dear? Thank you. It is an equally difficult, yet less important task to follow in the footsteps of the Vienna Group, or to focus on them a critical insight, without taking a certain moral point of attack such as, for example, that of a philologist.

Well they were of course all men, and rarely included a woman, less often, in any case, than women were topics of art or conversation, which was rather more frequent, which is normal in puberty, intimately linked, as we know, to artistic production.
But women do indeed, sometimes, have a devilish insistence on being asked. If they are not asked, they will not perform, set their ideas on the table or even tell a joke. 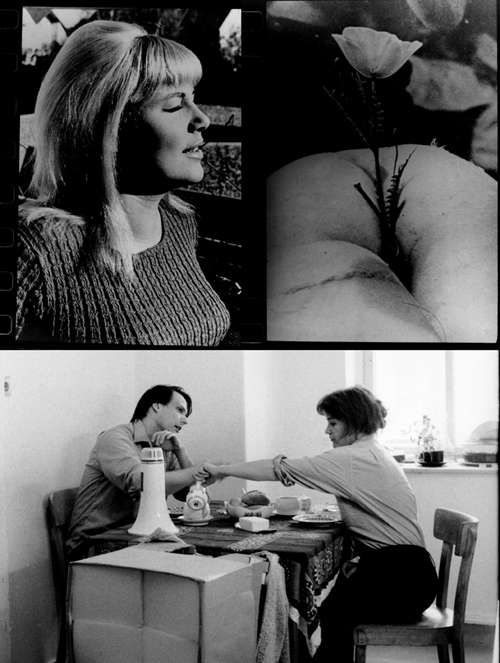 Admittedly, if you belong to the inofficial part of society, you can be sure that the credit for the ideas you set on the table and the jokes you tell will be taken by someone else who goes home enriched and the next day uses them to impress an oil magnate.

On a general scale, it would be more accurate to say that being hurt when one is interrupted or ignored is a quality of people who notice that they are being overridden. I mean to say, sometimes it is true. If the phenomenon persists, sometimes they end up really having nothing to say.

Footnote: note how beautiful – like in the simulated water of a computer game, a recently sunk ship descends – it is. The importance of the contribution wanes, the longer one is not able to apply it, while the fellow conversationalists keep motioning with hand signs that one will be given room to speak at the next possible opportunity. There exist formal kimonos with such gradations, e.g. from pink to white.

I include some men, and not all women. Certainly my description does not address the small men. As one told me, they are used to being overlooked. They are not taken seriously even when they pout or are sad. Thus they come to understand the necessity of putting their oar in, being cute, charming and pushing people. We women could learn from this. No one is really interested in other people out of moral obligation. We women could learn from this. More likely some people enjoy a feeling of superiority. So one doesn’t want to demand attention, that would not be a solution. One is only soothed by people turning to one of their own accord.

However, sometimes when people seem to be interested in one, they merely want to make one feel thankful and by and by take advantage of the fact. Or, they have an inspiration that they are just dumping on one. We women could learn from this. One can see it happening everywhere.

But to secretly feel superior, thinking that God will show them sooner or later, is a sign of greater stupidity. Maybe they see it already. Maybe they are doing it on purpose.

Then we set off. The atmospheres were thicker then? One felt them all. Now they seem subject to discussion. While one man feels this, the other man claims to feel something entirely different, and one goes outside to settle the matter. Back then we were the only ones that spoke about feelings, emotions and such, the differences between people, the whole circus. It interested us back then. Nowadays every third man you meet at the bar is an architect, and between them are hunched a psychoanalyst and a children’s psychologist. The bars are bursting with juvenile psychologists! As a normal woman, you can hardly make your way through without getting your summer-dress torn on their lacanian belt buckles and cell phone accessoires in the shape of Gestalt theories. And the glasses! Like butter, with chives, on bread, they are smeared onto their faces, the greasy scaffolds of the intellectual world.

Recently, I was standing at the pissoir and just couldn’t take it anymore, the way they all fell over and only ever talked about breakfast, the shapes of their scrambled eggs and their dreams of tandem flights over the Popocatépetl. I locked myself into a cell and spoke aloud one hundred times a certain word. Which word? You probably think it is the word ‘I’. No! It was the word ‘colossus’. Unfortunately I couldn’t finish the hundred. Someone knocked at the door and wanted to drop a load. At first I raised my voice a bit more and continued my project. I had reached about 60 or 66. But after five or six further repetitions of the word ‘colossus’, I began to be accosted by doubts whether my artistic project was truly important or rather a bit ridiculous when faced with a fellow human being bent double with pain on the other side of the door, his minutes becoming hours … Although I didn’t know if he was still there or had gone away, after ten more repetitions of the word ‘colossus’, which – after my having succeeded, during the previous 60 repetitions, in strengthening my voice and building it up to a sonorous booming – began to reentangle itself in unexpected falsetto curlicues, became thinner, wavered like a pear drawn by Walter Schmoegner, I stopped counting and after three more repetitions of the word ‘colossus’, which hit and dissolved on the situation, the inside of the cell door and the block-shaped air space shone on by the half of a neon light above, like the thinnest, weakest, last, most translucent of waves, stopped speaking as well. Unlocked the door and stepped out, not as the newborn man I had planned, but somehow bedraggled; like one exits a night train; like one descends from a bed in which something in one has been able to circumnavigate all climaxes with an art of life that in its methodical commonness closely resembles a sheet. 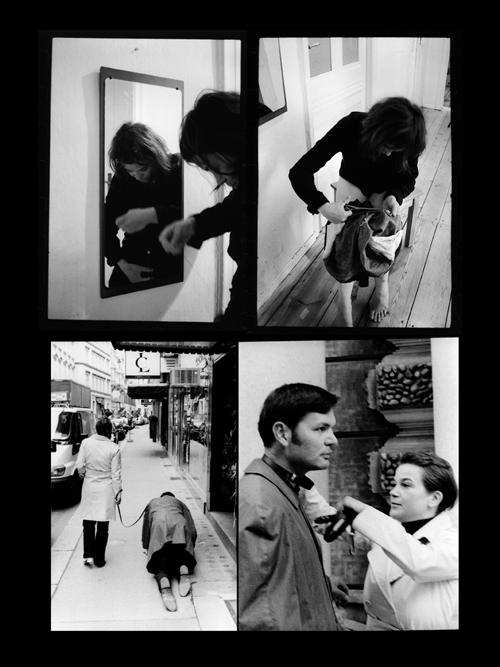 Can one become what one really wants? With love, yes.

Paul Winzig was an Austrian musician. A jazz pianist. Later he emigrated to the USA and called himself Paul Wayne. In between he seems to have been in Australia, for he appears on stage once with a troup of young all-male varieté singers. His voice wanders, modulating itself, meanderingly through the songs he sings, songs which deal with irregular romantic situations from the perspective of a simple, decisive heart, as is the custom in country music. At the beginning of the songs, he has often conserved a playful introitus on guitar or hammond that seems to hail from earlier years. On the picture he has the sharp gaze with the somewhat too close-set eyes of the Austrian. His modulations are especially tender and elaborate on the full-hearted, all-out song Keep the Fool You Made Me.
Translated by the author

Ann Cotten is a poet and writer. She lives in Berlin and Vienna. Her book Der schaudernde Fächer (2013) was published by Suhrkamp Verlag in October.