The deeply subversive strain in Belgian artist Wim Delvoye’s work has never seemed so pronounced as in this replete sampling of his sculptures, drawings and video. Delvoye has always sought to undermine our assumptions about the use-value of art, and has often succeeded. Indeed, he gives no quarter here as he eviscerates cultural attitudes and entrenched stereotypes alike. The delirious abandon of his headlong rush through our late-capitalist culture seems to take a cue from Bob Dylan’s ‘A Hard Rain’s A-Gonna Fall’ (1963) with its Biblical end-of-days resonances.

Many of the works on display at DHC/ART are executed in gothic filigree, of which Delvoye must surely be the undisputed contemporary master, although he boasts equally impressive facility with numerous other artisanal skills. The subversive strain in his practice relates not only to laying-bare stereotypes but to systemic deformation, for Delvoye plays with distortion throughout. His medley of Mobius Christs (2006), for instance, are torqued beyond any Biblical canon or eschatology yet, in technical virtuosity, could stand alongside masterpieces by artists such as the noted 17th-century Dutch engraver Jan Luykens. Indeed, Delvoye was brought up in Flanders – the northern part of Belgium – where almost half the populace is still Catholic, and the plethora of tortuously twisted religious motifs in his work certainly speaks of a childhood spent in the presence of altarpieces, reliquaries and other specimens of church iconography. Yet, despite the precise execution of Delvoye’s works, they nonetheless betray the artist’s enduring zeal for transgression.

In fact, Delvoye is more Gnostic than Catholic, as his penchant for converting the quotidian into fine-art ‘gold’ attests. All American Girl (2005–06), for instance, is one of the artist’s exquisitely tattooed pigskins. The swine hides used in this series of works, which speaks to Delvoye’s ongoing critique of consumerism, are harvested from animals specially fattened for the purpose on a pig farm the artist acquired in China. In this respect, the show was a worthy successor to Delvoye’s 2009 Montreal debut, when he presented Cloaca No. 5 at the Galerie de l’UQAM: a bio-machine sculpture previously undreamt of by gastroenterology and a sublime Gnostic paean to the human digestive tract. Delvoye’s preoccupation with faeces has its precedent, and equal, only in the works of Piero Manzoni and Chris Ofili.

Deftly installed in the two separate facilities of the DHC/ART by curator Cheryl Sim and founder Phoebe Greenberg, this exhibition is a virtuosic display of artistic audacity and legerdemain. The laser-cut, stainless-steel gothic trucks dazzle; the embossing of the aluminium carapace of the car in Untitled (Maserati) (2012) is mesmerizing in its intricacy, almost Islamic in its mien; the fully torqued yet inordinately precise figures in Twisted Jesus Clockwise and Twisted Jesus Counterclockwise (both 2012) are little short of astounding. What a welcome return to Montreal for this legendary apostate. 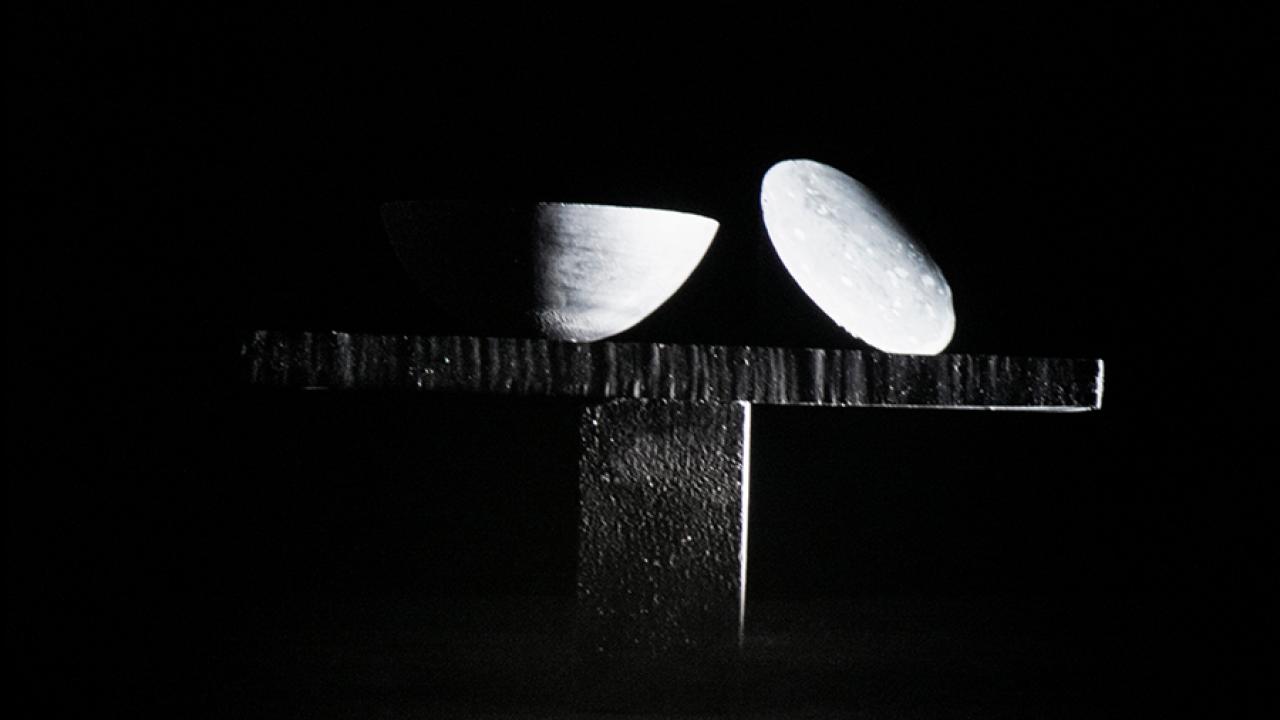 An exhibition at Parisian Laundry, Montreal, expands our understanding of the modernist shapes Donald Judd and Henry Moore created 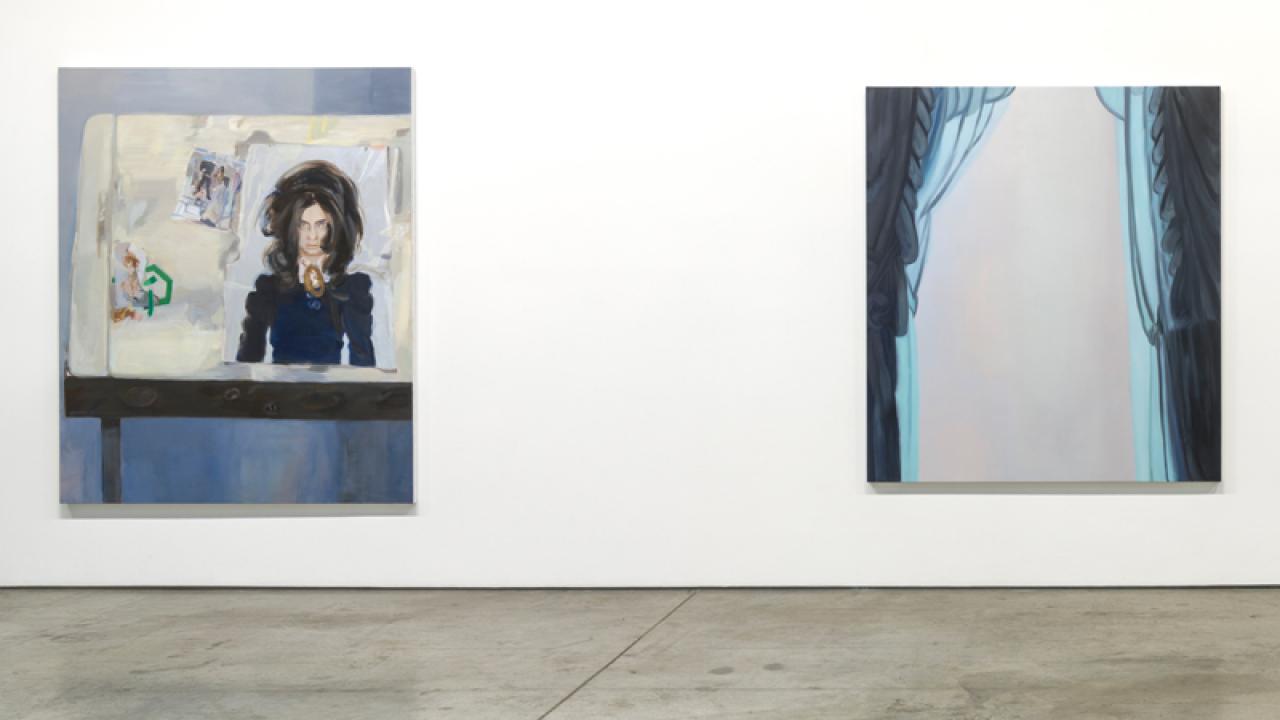 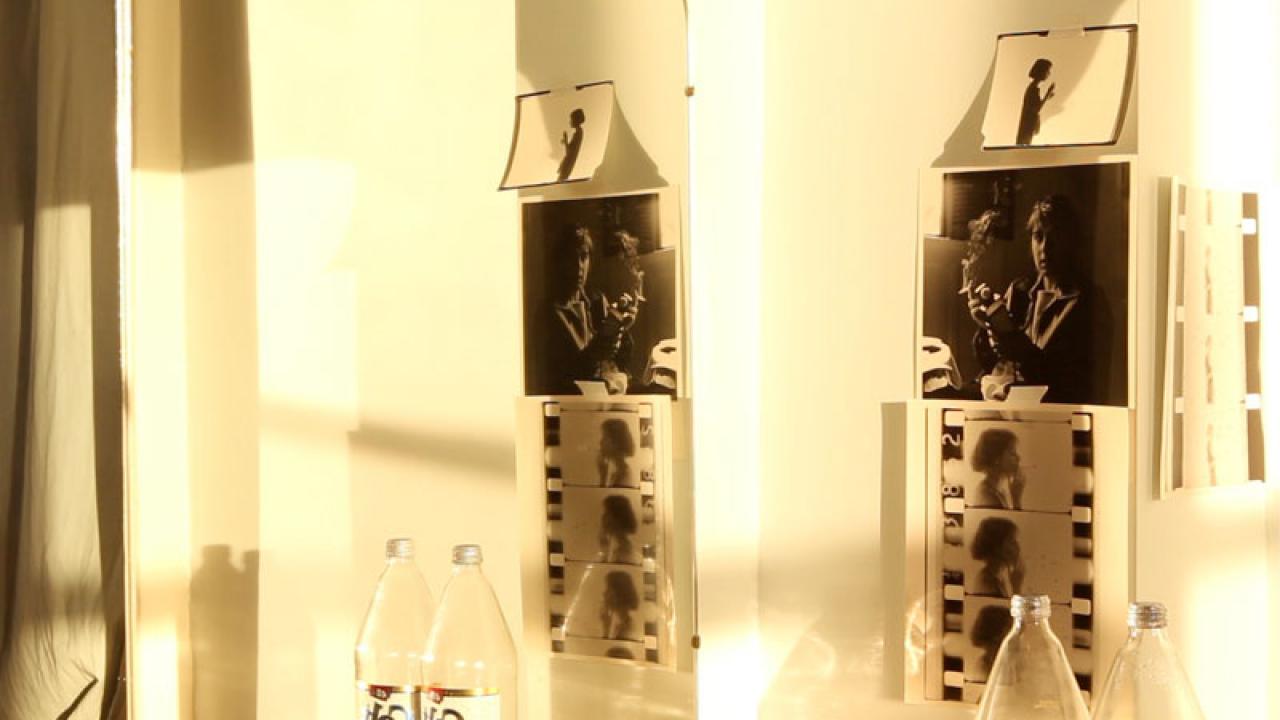 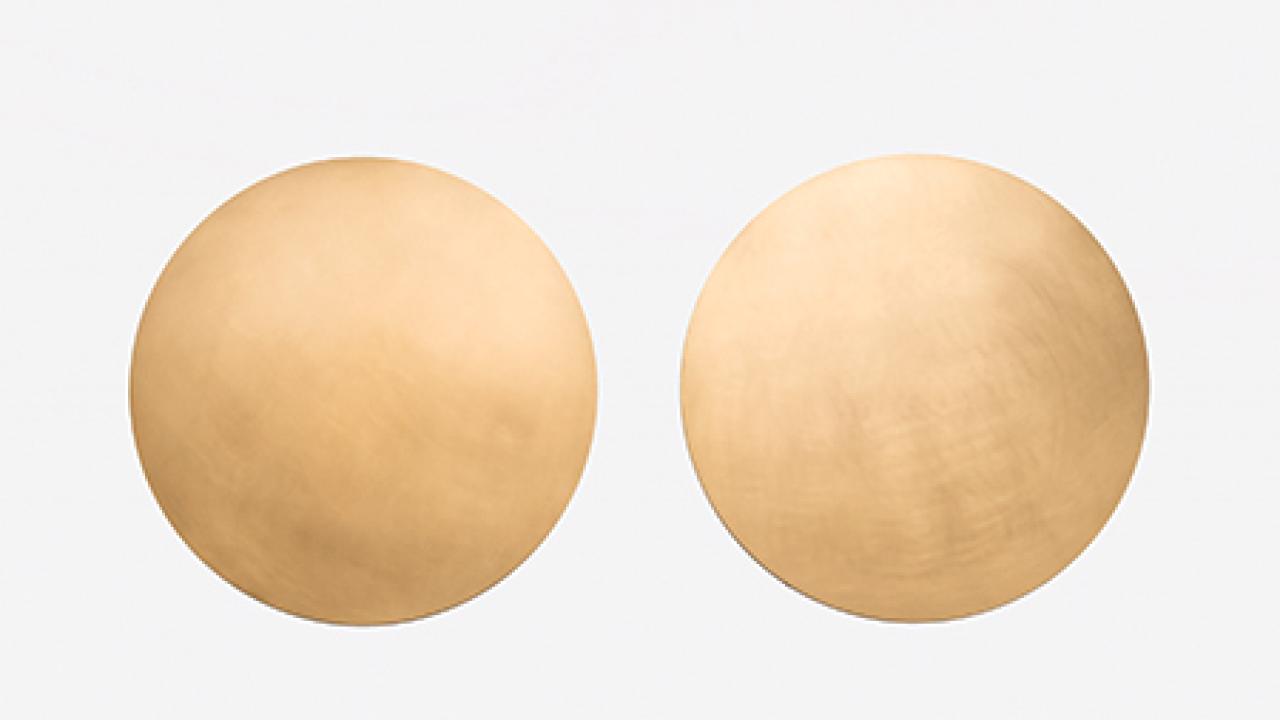 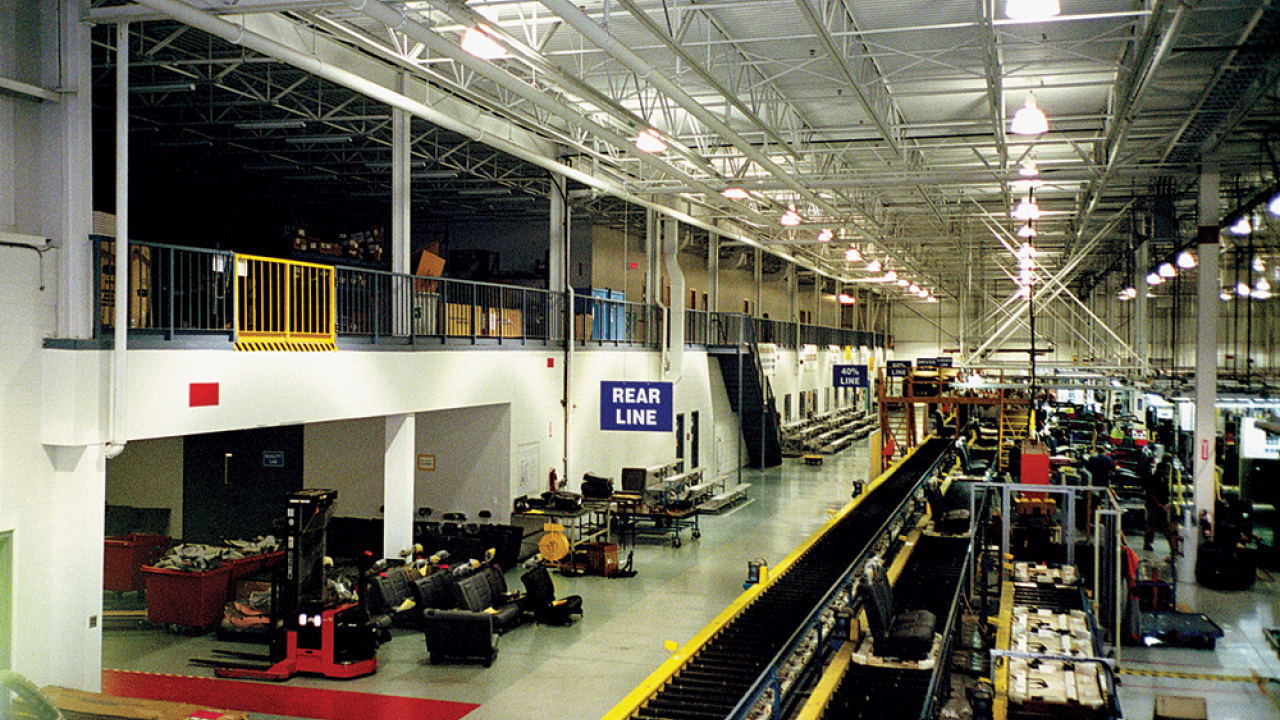 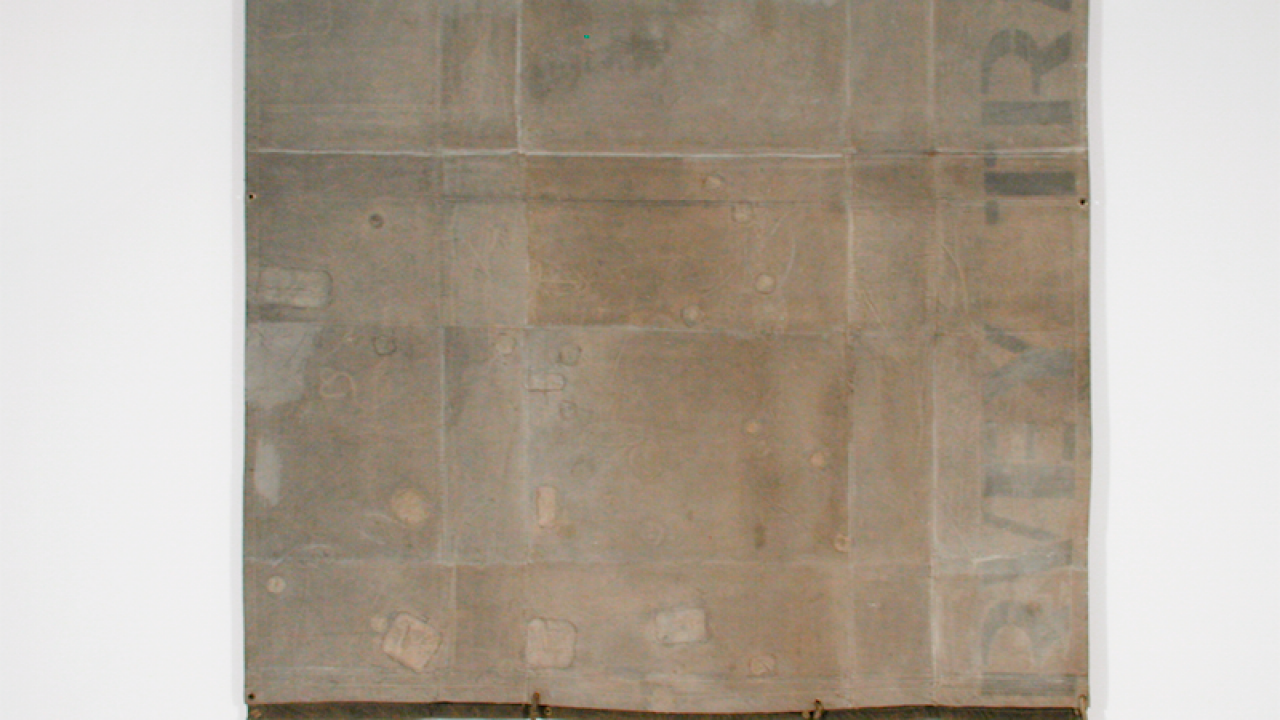 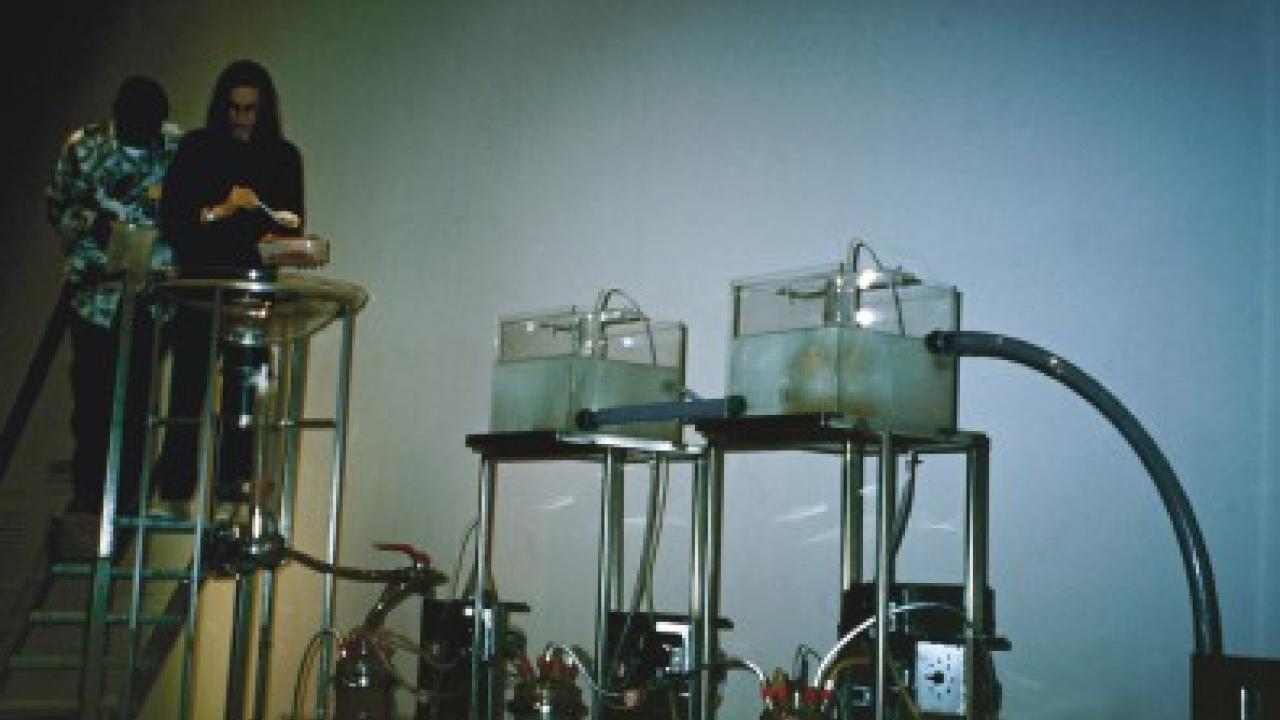