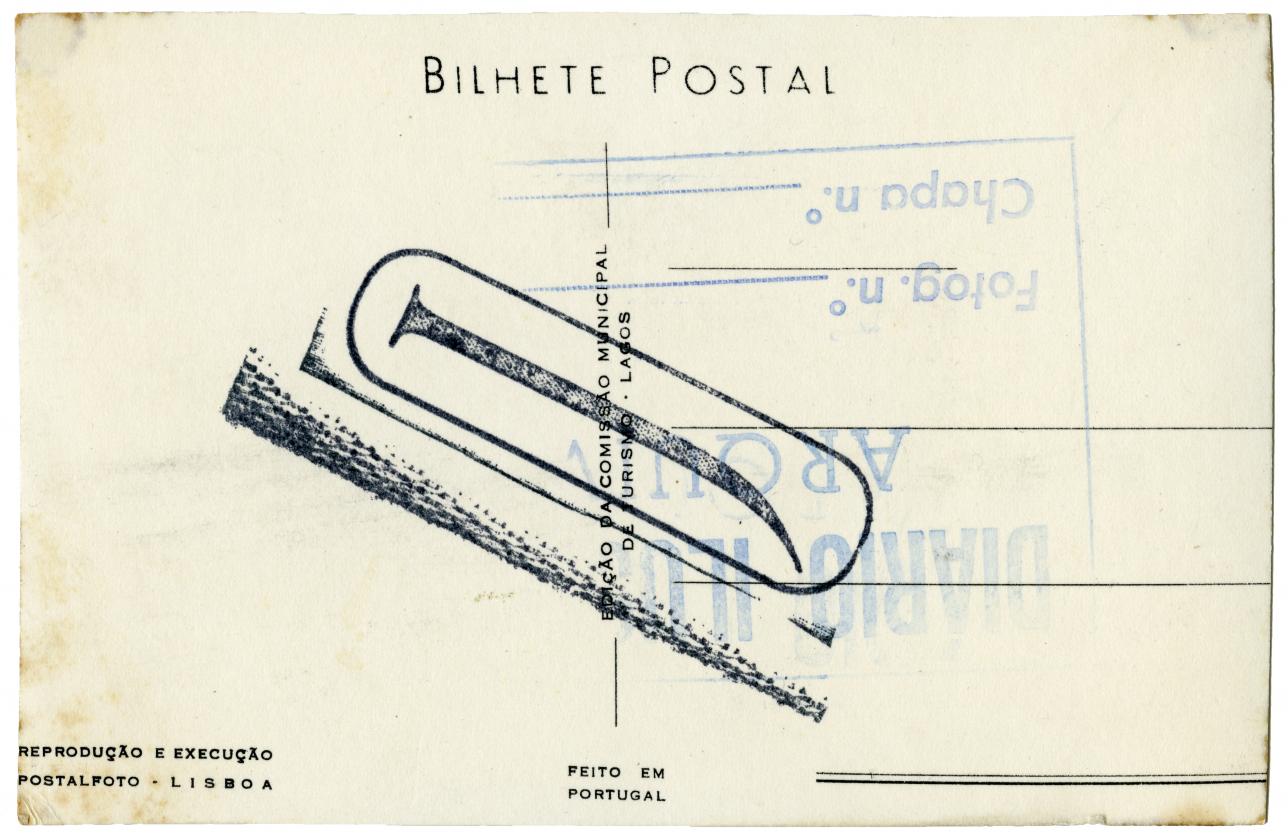 To grasp Ana Jotta’s work is to hold water in your hands. Momentarily, it remains, pooled and perceptible, only to seep through the cracks in your fingers and depart once and forever. Fleets of decorative projection screens morph into Philip Guston facscimiles; becoming embracing cartoons which give way to clusters of candles, curled as if huddling for warmth. Jotta’s work is a continuous extrapolation of a life – illustrated by her 2014 book Footnotes – which collects and displays the manifold objects and paraphernalia that the Portuguese artist has collected over the years. These forms are not assembled to satisfy a nostalgic impulse – the majority are discarded once documented – but are instead incorporated into a personal map that is continuous, ever-changing, always-curious.

The heartbeat of Jotta’s exhibition at Temporary Gallery is fala-só, a 40-metre roll of blue fabric worked on by the artist between 2014 and 2017. It repeats, over and over again, the outline of a single glazier who she recalls from her childhood in Lisbon. The tapestry is a working through of an idea, a wandering through of a memory; not the output of an artist attempting to resolve or reconcile, but simply entertain, over and over again. Accordingly, fala-só is an outdated Portuguese term meaning ‘soliloquy’.