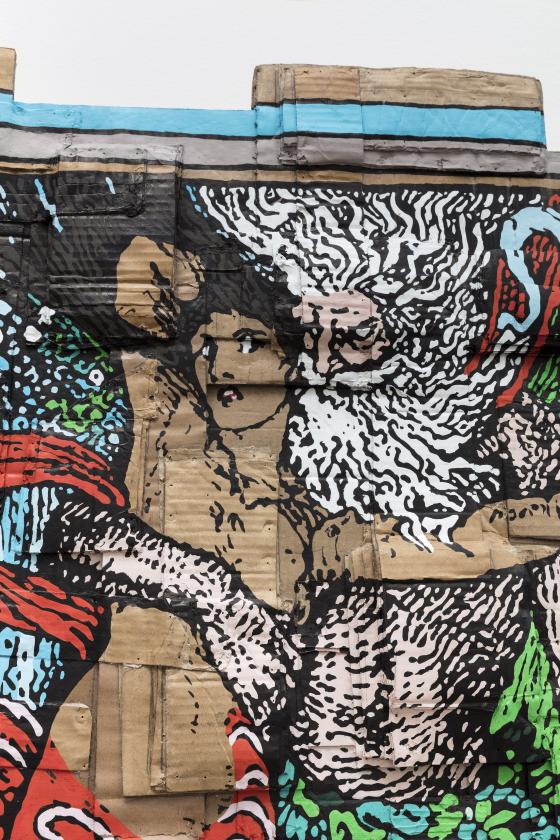 Los Angeles-based Andrea Bowers is, self-admittedly, a feminist (‘I’ll be post-feminist in the post-patriarchy,’ she once stated) and an activist. On the occasion of her second show at Kaufmann Repetto, titled ‘Disrupting and Resisting’, she presents a new video, based on original footage she shot during the Women’s March in LA and other recent demonstrations, as well as new works on cardboard on the subject of gender equality. The neon piece Seven Banned Words (2018) lists the terms that President Trump has asked the Department of Health and Human Services to avoid in its official papers and budget drafts: ‘vulnerable,’ ‘entitlement,’ ‘diversity,’ ‘transgender,’ ‘fetus,’ ‘evidence-based’ and ‘science-based’.