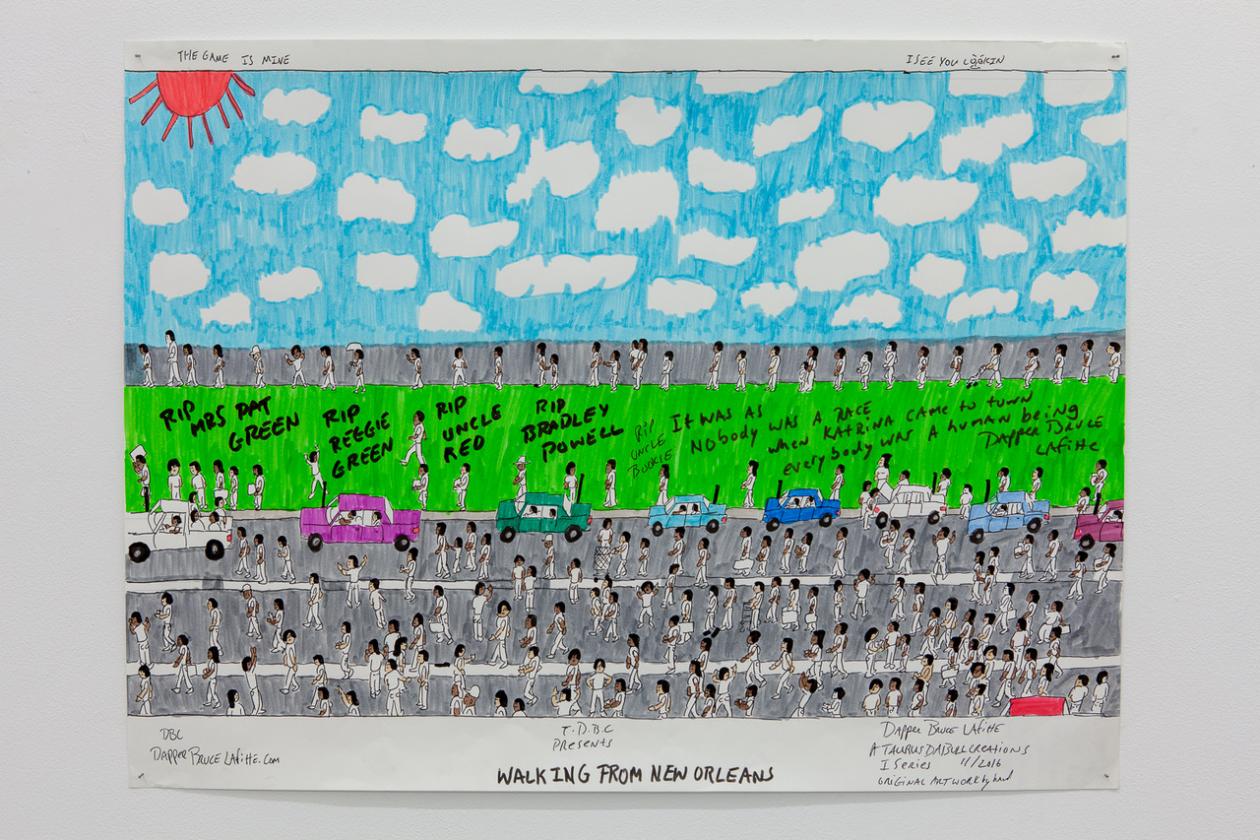 This pairing sees the intertwining of two different forms of narrating place, bringing together the detailed felt-tip drawings of Dapper Bruce Lafitte with the annotated photographs of Jeremiah Day. Lafitte’s works are filled with bustling crowds and inscribed with notes and names, often depicting his hometown of New Orleans: T.D.B.C. Presents Put the Guns Down Said the Col. (2017) shows a crowd standing outside the Ernest N. Morial Convention Centre, where thousands were evacuated after hurricane Katrina; armed soldiers and television crews stand between us and the herded escapees, interspersed with nods like ‘RIP Bobby Blue Bland’. Day’s photographic series ‘No Words For You, Springfield’ (2009) follows immigration trails to an area of Boston, similarly footnoting and cutting into his images with personal asides. Day’s performances, often weaving together muted reflections with improvised choreography, usually provide an unexpectedly personal side-winding road into his work, and the show will include a performance from him on the 26 October.