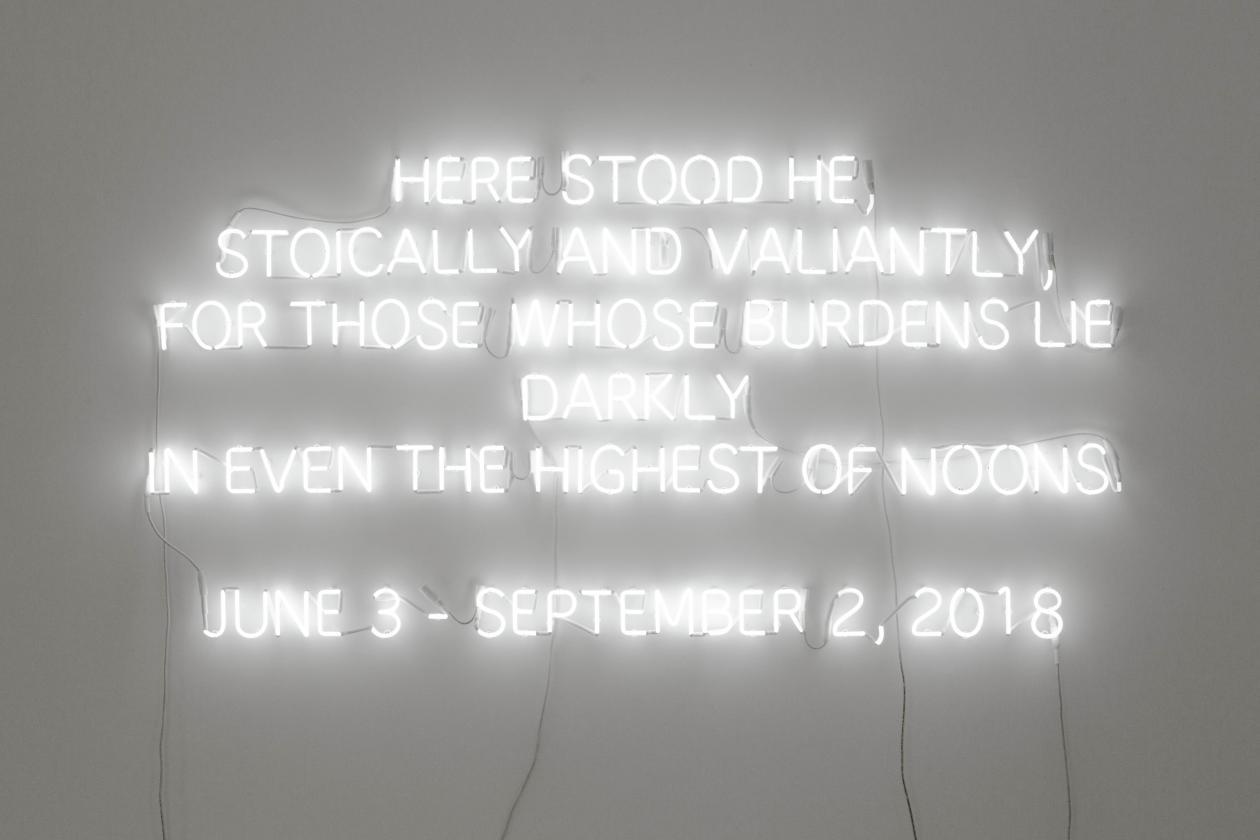 The toughened durational performances that have defined EJ Hill’s practice up till now – the ‘victory laps’ the artist ran this year around six of the seven LA schools he attended, or the winners’ podium on which Hill stood on six-days-a-week for three months at the Hammer Museum’s biennial, ‘Made in L.A. 2018’, or the roller-coaster below which Hill laid prostrate, face-down, in the summer of 2016 – are as emotionally affecting as the seasons that come to frame them. For his first show at Company, ‘An Unwavering Tendency Toward the Center of a Blistering Sun’, Hill continues his project of elevating queer or black body that’s omitted, neglected, or unseen by social institutions through sculpture, text, and photography. In the centre of the room is the aforementioned platform, Altar (for victors past, present, and future) (2018) – a three tiered plywood structure – and a document of Hill’s 2018 summer performance in LA. Surrounding Altar are a suite of large-scale photographs that locate the disenfranchised black body not only as image, but as an embodied presence within the natural and architectural spaces native to Hill’s West coast home: a self-portrait, An Anchoring (2018) depicts Hill floating just below the surface of a residential pool; another, A Divine Mother (after Charles Dickson) (2018) shows an Egyptian goddess cast in ebony that is literally tucked into the side of a Los Angeles building; this hovering, bejewelled goddess is neither empty ornament nor misplaced monument but is, in Hill’s eye, a crucial part of Los Angeles’s material landscape. The body depicted here becomes as diffuse as light and as concrete as a home.