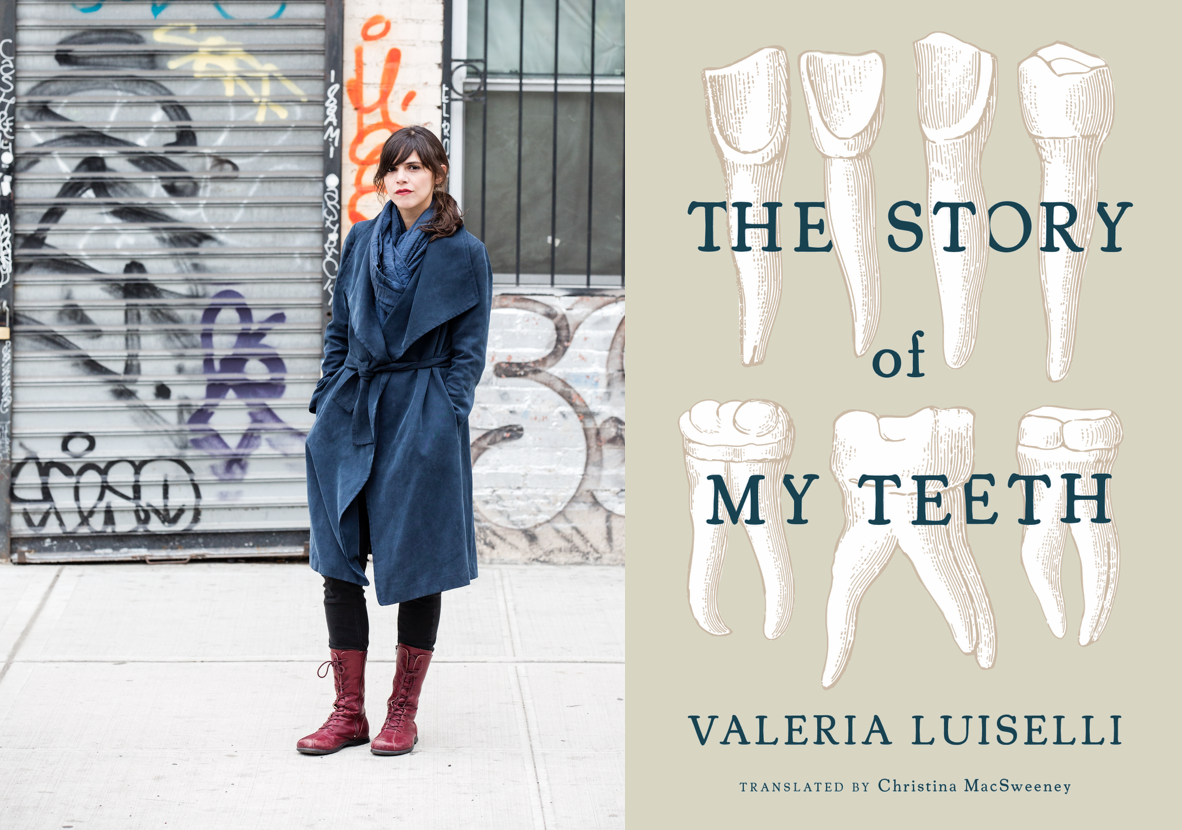 Valeria Luiselli was born in Mexico City and grew up in South Korea, South Africa and India. An acclaimed writer of both fiction and nonfiction, she is the author of the essay collection Sidewalks; the novels Faces in the Crowd and The Story of My Teeth; Tell Me How It Ends: An Essay in Forty Questions and Lost Children Archive. She is the winner of two Los Angeles Times Book Prizes and an American Book Award, and has twice been nominated for the National Book Critics Circle Award and the Kirkus Prize. She has been a National Book Foundation “5 Under 35” honoree and the recipient of a Bearing Witness Fellowship from the Art for Justice Fund. Her work has appeared in The New York Times, Granta, and McSweeney’s, among other publications, and has been translated into more than twenty languages. She lives in New York City.

Terence Gower is a Canadian visual artist based in New York City. In the past decade, his work has focused on a critical re-reading of the modern movement and its utopian bent. His research on the post-war period and has led to a search for models from the past that might still be relevant today, is fueled by a desire to reexamine the notion of progress—a term corrupted by the excesses of technological modernism. Gower works across many media, including video, sculpture, drawing, photography, and architecture. He has exhibited extensively in New York and internationally and has garnered many awards and fellowships including a John Simon Guggenheim Memorial Fellowship, Smithsonian Artists Research Fellowship, and a Canada Council Long Term Grant.