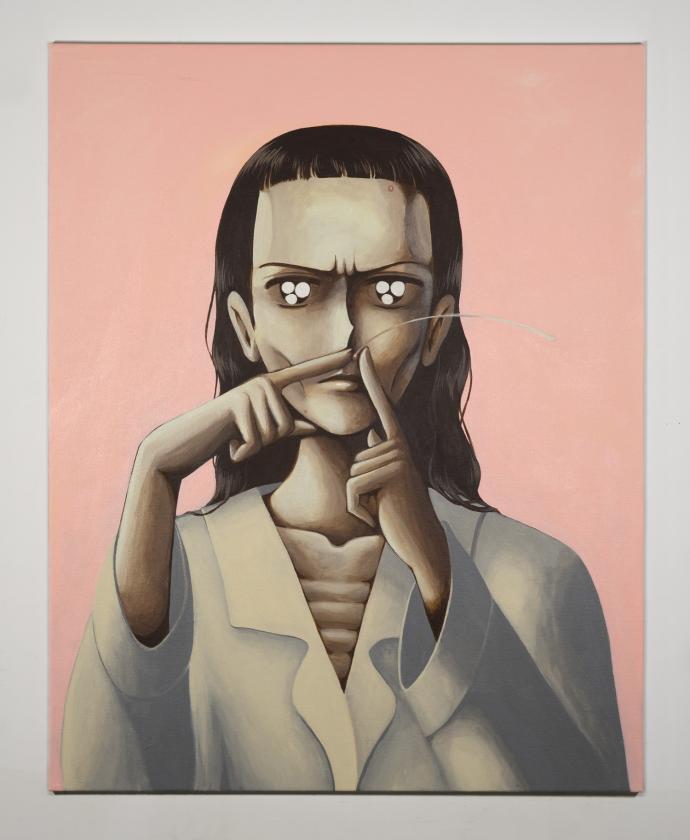 For the first exhibition under new director Nikola Dietrich, the venerable Kölnischer Kunstverein presents ‘Solito’ by Julien Ceccaldi , named after the main character in Ceccaldi’s longest manga to date that is being launched at the opening. A late bloomer, 30-year-old Solito is a sex-obsessed virgin still living with his parents. Anyone familiar with Ceccaldi’s oeuvre will not be surprised that Solito indulges in angst-ridden sexual excess – until, finally, he falls in love with death, who appears as a soldier. The exhibition itself is a kaleidoscope of individual characters and scenes from the comic. The windows down one side of the sculpture hall are hung with painted PVC curtains reproducing sentences from the story in black and saffron yellow. The shape of the windows create comic-like panels, but here they obey no narrative logic. In the hall itself, a wrought iron bed stands as a gateway to this world of (wet) dreams, featuring three skeletal sculptures, acting as a necessary crutch to this amusing contemporary and gendered variation on the theme of ‘death and the maiden’.