It would be back-slappingly satisfying to be able to make a sweeping statement about either the success or the failure of the 50th Venice Biennale. But one should be wary of an overall thumbs up or down, especially when it comes from anyone present at the hot and sweaty three-day opening carnival. Sharing temperatures that soared over 40 degrees with around 300,000 other overheated sufferers made it practically impossible to be able to look at and see, let alone digest, a multifarious, multi-faceted, multi-mega exhibition claiming to dislodge all previous Venice Biennales from the dictatorship of the 'Grand Show' single perspective and place it back (back?) into the hands of the viewer. Which means, I think, that instead of making one point, this Biennale claims to make at least 12 conglomerated points - one, that is, from each of the 12 different curators - an extra 19 from the official extra 50 off-piste interventions (and I don't know how many off-off shows), a series of far more heterogeneous points from all the different participants (one point one artwork, so to speak), and - pushing the point here only slightly - another few thousand points from the public. As we are pointedly reminded by Francesco Bonami on the inside flap of the catalogue, 'Beuys said we are all artists.' My point here is simple - there is something absurd about a show that on the one hand denounces grand declarations and on the other denies its own attempt at them; something absurd about a show so large, so all-embracing, both of its own avowal and in its actual result, claiming to engender subtlety and sensitivity.

A couple of things might have helped alleviate all this. First of all, they should have got rid of the shoddy, clichéd, all-embracing title. 'Dreams and Conflicts' says as much about nothing as it does about everything. And second, it would have been better to separate and spread out the eight very different exhibitions placed under a single roof in the Arsenale, allowing the viewer more time and thought space than the three seconds it takes to have an espresso in the grossly out-of-place and tactlessly cushioned Illy Coffee area.

None the less, within this all-inclusive approach a vital dialogue was sustained by pointing out problems with both national and global perceptions. And this at what can be seen as art's response to the Eurovision Song Contest. Both in the Arsenale and the Giardini many works and curated statements touched on the necessity and danger of classification through national identity - Santiago Sierra in the Spanish Pavilion, the 'We are the World' Dutch Pavilion, the Stateless Nation dispersed 'Palestinian Pavilion', Hou Hanru's cacophonous 'Z.O.U (Zone of Urgency)', Gilane Tawadros' selection of contemporary African artists and Catherine David's Arab representations. But though the intentions were honourable, many of the presentations were either not precise or not audacious enough to accomplish anything beyond the realm of routine expectation.

There is something absurd about a large show denouncing grand declarations.

'Utopia Station' was the exception. Here, despite a list of the usual suspects (Liam Gillick, Rodney Graham, Olafur Eliasson, Elmgreen & Dragset, Dominique Gonzalez-Foerster, Cerith Wyn Evans, Rirkrit Tiravanija, Anri Sala, Carsten Nicolai, Pae White ...) the three curators - Molly Nesbit, Hans Ulrich Obrist and Rirkrit Tiravanija - created a platform that moved and breathed and had a formal rhythm that matched its content and allowed for inspiring and chaotic rummaging (read: audience participation), and for some discoveries. Once your eyes became accustomed to the set-up, the whole unfolded as a hospitable (in the Derridian sense), relational and generously un-grand declaration.

Someone not long ago summed up concisely (too concisely, I thought at the time) the conflicts of such a mega-event: 'As curator, you can never go wrong with such a massive exhibition: with such a vast number of participating artists there will always be at least five whose positions are worth special mention.' I can take this one step further now: by taking on numerous curators as well, Bonami has increased his chances of success. The amount of dialogue, dialectic and negotiations produced cannot but result in at least some points being well made.

And even though for this reason it seems unfair to pick out a few pearls - from among just the works, that is, and not an entire curated project in a Biennale that revolves far more around intersections than individuals - don't miss the following: Gabriel Orozco's clever dislocation, Helen Mirra's absorbing sculpture, Ian Kiaer's formal subtleties, Felix Gmelin's revealing revolutionary dialogue across from Efrat Shvily's potent portraits of Palestinian cabinet ministers, all in the Italian Pavilion; Mircea Cantor's hypnotic video, Paulina Olowska's slight paintings and objects across from Monika Sosnowska's deceptive corridor, Bojan Sarcevic's enigmatic dome, Michal Helfman's arcane installation, Viktor Alimpiev and Marian Zhunin's obscure video, all in various sections of the Arsenale; Multiplicity's project and Sean Snyder and Manfred Pernice's collaboration in 'Utopia Station'; Kristina Bræin's suggestive left-overs in the Nordic Pavilion, and the rush of hot air coming out of Kippenberger's installation in the German Pavilion. 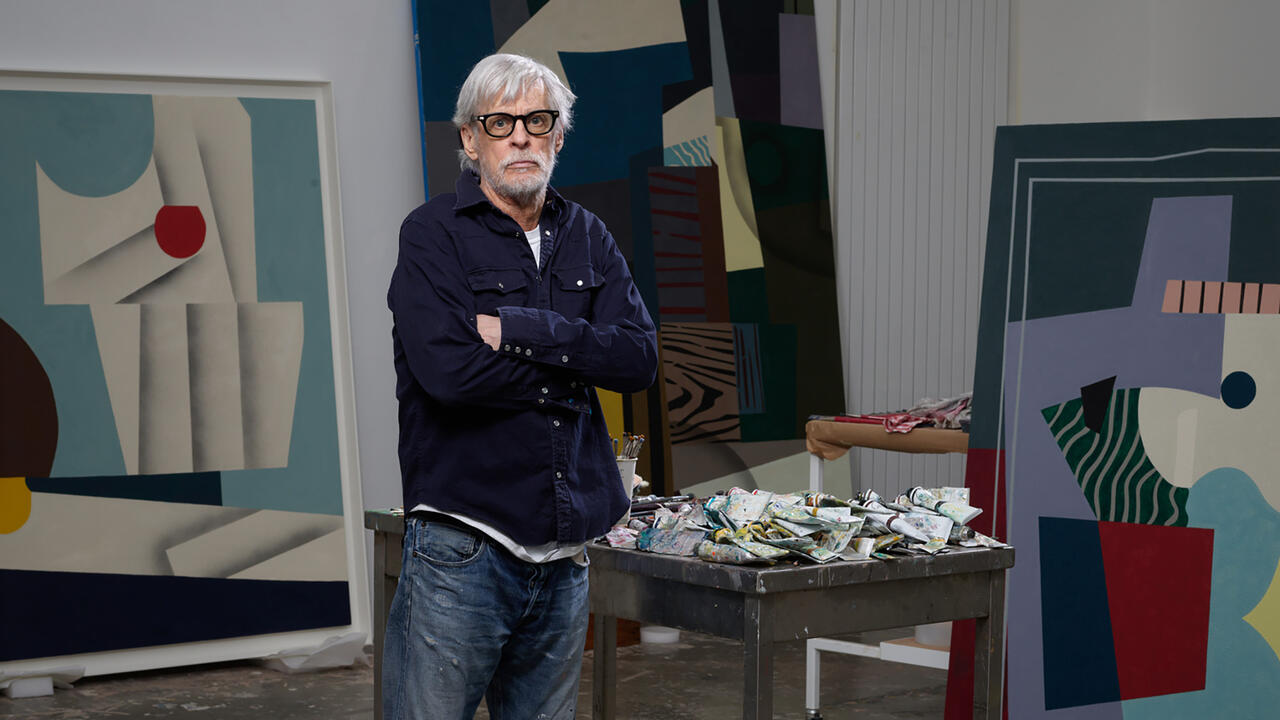