If old attitudes could become form again, what would they look like? Organized by the Fondazione Prada, the exhibition ‘When Attitudes Become Form: Bern 1969 / Venice 2013’ at Ca’ Corner della Regina ambitiously sets out to reconstruct Harald Szeemann’s seminal exhibition ‘Live in Your Head: When Attitudes Become Form. Works – Concepts – Processes – Situations – Information’, originally staged at the Kunsthalle Bern in Switzerland in 1969. 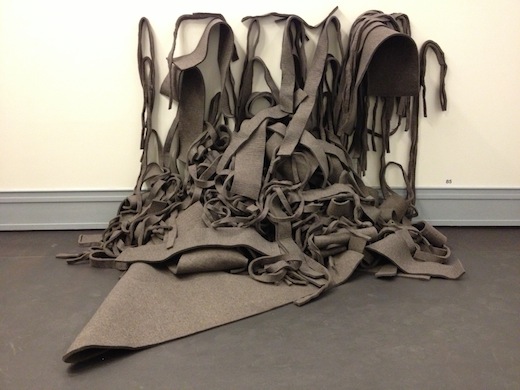 With the rise of curatorial studies, the Szeemann’s show has attained an almost mythical status, and so it’s at this point in history that curator Germano Celant, in collaboration with artist Thomas Demand and architect Rem Koolhaas, chose to tackle the almost untackleable challenge of resuscitating those ancient attitudes, and reviving those famous forms, and seeing how they fare today.

There’s been a lot of talk about restaging performances from the same era, but restaging an entire exhibition, especially in an entirely different venue (the specifics of which are many), is a less obvious choice. And doing so in a private foundation owned by Miuccia Prada, in the midst of the 55th Venice Biennale with all of its collateral events, doesn’t simplify the situation. But after seeing the displays currently on offer at Venice’s other private foundations, which manage to reduce even good works of art to macho collections of ‘things’ – the uninspired show at François Pinault’s Punta della Dogana being one example – it’s actually refreshing that Fondazione Prada would choose to fund and embark on a project as ambitious, contentious, quirky and riddled with pitfalls as this one. 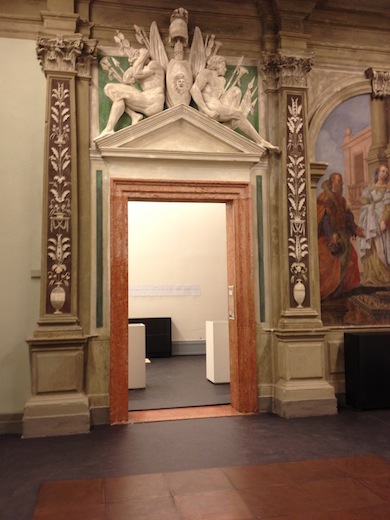 No doubt, the show is somewhat chaotic and disorienting – starting with the complicated architectural installation: namely, that the curatorial team have recreated the dimensions and features of the space of Kunsthalle Bern and superimposed them within the 18th-century palazzo of Ca’ Corner. This means that what would have been the first floor of Kunsthalle is located on the third floor of the palazzo, with the floor below serving as the Kunsthalle’s basement. To achieve the effect, Koolhaas installed white walls within the elegantly painted and stuccoed walls of the palazzo to recreate the dimensions of the original white-cube-style exhibition rooms. The show also recreates the tile and wooden floors of Bern, and even imported and installed authentic radiators. The effect is not seamless; nor is meant to be. Instead, there are visible gaps where the white walls had to be cut to fit around the classical Venetian mouldings, and the intricately painted wooden beams of the palazzo remain exposed overhead. But the works speak for themselves. 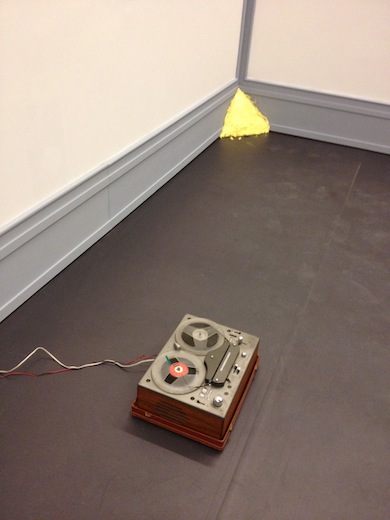 Predictably, the curators encountered hurdles at every turn: art works that couldn’t be loaned or no longer exist are demarcated by dotted lines on the floor and a black-and-white image of the original art work as it was installed in Bern. Some works – due to the degradable nature of many of the pieces in the original show – have been recreated by the artists or others for the occasion. The rest of the works are originals, loaned by various collections and institutions, placed as they would have been in the rooms in Bern. The result is a mixture of recreation, reconstruction and reenactment, and of absence and presence. 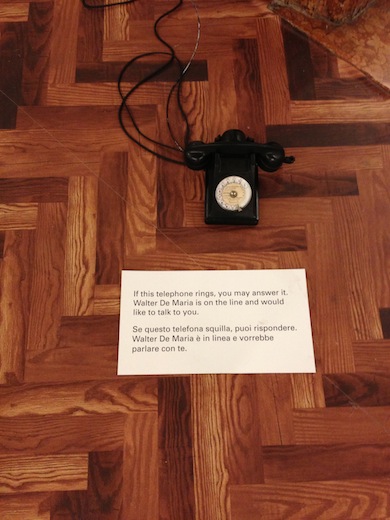 It’s possible to look at the show as a meta-show: a conceptual exercise or a curatorial readymade. It is, after all, essentially a reconstruction based not on an existing model but on a set of memories and archival black-and-white installation shots. There are no straightforward solutions to the problems this presents: finding the right shade of grey paint for the baseboards, or attaining the proper shade of yellow to recreate Joseph Beuys’s Fettecke (Fat Corner, 1969). But the show doesn’t attempt to find perfect solutions; rather, it seems to embrace the imperfection of this venture. 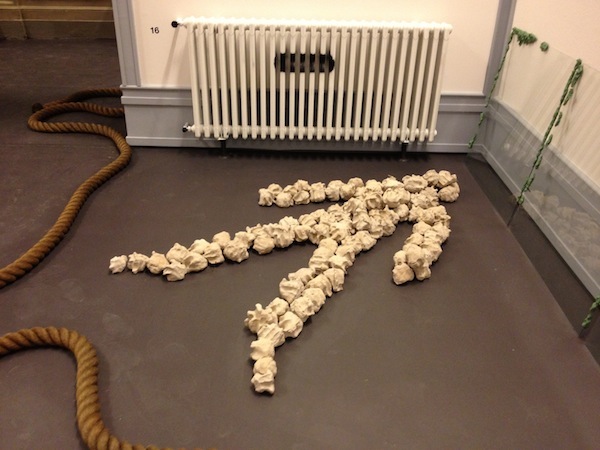 For that reason, among others, to me this recreation doesn’t feel fetishistic or like a romanticization of the past. Beyond being a conceptual or self-referential exercise, it is also an educationally and historically valuable one. The best example of this is on the ground floor, where vitrines show off archival materials that contextualize the original Bern show, and even go beyond to include some unexpected gems. This section contains a lengthy video of a Swiss television documentary made at the time, with extensive interviews with the artists in the show and footage of them in the process of installation. It also shows off things like the tattered and well-worn list of telephone numbers for the artists that Szeemann kept with him at all times, as well as the hand-written transportation budget for each piece. 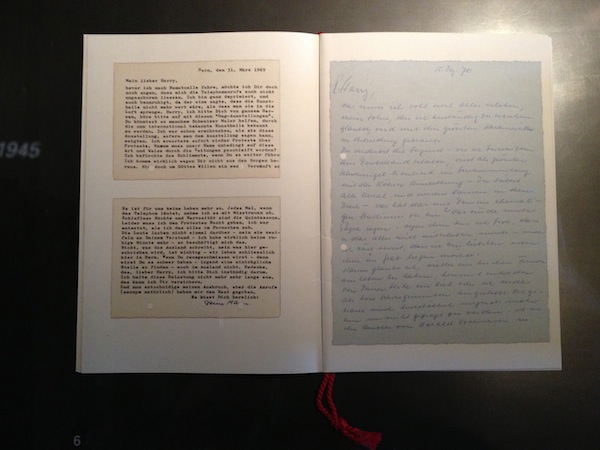 Along with Szeemann’s preliminary sketches for the show’s poster, we also get to see evidence of the harsh reception the show received in the Swiss press: illustrated by several ridiculing cartoons in national newspapers, like one in which a cleaning woman forgets her mop bucket in the gallery, only to have it interpreted as a work of art by a museum guide. Perhaps the most fascinating inclusion in the archive is a handwritten letter from Szeemann’s mother to her son, in which she implores him to stop making shows like these, which infuriate the press and make her afraid of her neighbours (‘I’m afraid every time I pick up the phone…. We have to live here!’). She begs him instead to curate a show by a Swiss painter, warning him that he will lose his job if he continues on this path. Though the letter’s tone seems overly dramatic, Szeemann in fact did lose his job … so his mother was right after all.