The Brazilian-born, London-based artist explores his interest in the stereotypes propagated under the guise of national identity for his solo show at Vilma Gold, London

I was in the US recently and couldn’t help but notice the country’s penchant for displaying the stars and stripes. Granted, it is election year, and much has been made of the Presidential candidates’ allegiance to the flag, but Old Glory receives a reverence far beyond any election campaign. It is, quite literally, everywhere: on top of schools; hanging from front porches; suspended from office blocks; engraved into building facades; and waving from the back of cars. Up until 1989, it was a federal offense to desecrate – even stand on! – the flag, punishable by up to a year in prison. This collection of shapes on rudimentary fabric is the embodiment of the nation's collective values and identity. But why is such lofty meaning projected onto a collection of shapes that has no material value? Under the banner of a national flag, patriotism and identity are considered black and white issues; as President Bush put it in 2001, ‘You're either with us or against us.’ That leaves very little room for ambiguity, but provides comfort for many.

Brazilian-born, London-based Alexandre da Cunha, an artist long interested in the stereotypes propagated under the guise of national identity, had plenty of flag-like forms at his recent solo exhibition at London’s Vilma Gold. In the first space was a photographic series, ‘Seascape (Flags)’ (2008), of tourist-industry images of perfect Brazilian beaches fragmented by blank geometric shapes, resulting in collages that were reminiscent of standard national flags. These geometric forms connect ‘Seascape (Flags)’ to an abstract Modernist aesthetic: the series bears a resemblance to the peculiar ‘Tableau’ (1925-26) series that Mondrian produced following his break from De Stijl. (Da Cunha has, in the past, also made Op Art-referencing stripe pieces from old deck chair canvases).

But this homage to Modernism is a surface layer beneath which there is always a gambiarra twist – a Brazilian tradition of making do with what you have – that distinguishes the artist from the painterly abstraction. This penchant for readymades is clearly evident in the flag series; the tourist images are as stock-standard and mass-produced, like any other deck chair or home appliance. They look like tourist board adverts, and, like national flags, consider the different perspectives of a nation. The confidence with which such images are typically presented as the 'real thing' obscures the fact we must first buy into the concept. By interweaving similar, but inverted, beach imagery with the flag form, da Cunha attempts to expose the ambiguity of both of these sell-ins. He has a knack for reconfiguring familiar materials to encourage us to review our preconceptions, and, in this instance, perhaps accept the possibility that neither the national flag nor the tourist image are worthy of our reverence.

Whilst the first space was dominated by the trinkets of the tourist market – Bob Marley’s face printed on tie-died fabric and so on – the next displayed meditative, formal sculptures in neutral tones laid out like classical busts. Hung in the far corner was Mask (2007): constructed out of a chopping board, wooden cup and primed canvas, it was a salute to the type of ‘Primitivist’ masks that would have been found in the studios of Picasso or Braque. Dominating the room was a wide plinth supporting five phallic works constructed from mop heads, the hair of which was elongated, clustered over itself with yards of hand-dyed wool and confined at the base by large concrete blocks. The five pieces (Bust (I-V), 2008) referenced the tradition of elevating classical busts to encourage adoration, yet their overtly phallic shapes appeared to be busting out of themselves as the materials grapple with each other. It seems that raw wool and concrete are not the most amicable materials to bind to each other.

Was this a middle finger to the patriarchal dominance of art history? There was little in the show to illustrate a malicious challenge to the history of art. Instead, da Cunha's elegant sculptural forms revealed a simple beauty rarely attributed to lowly, mass-produced materials. Like a cuckoo collecting from the weighty archive at random and dropping bits along the way, da Cunha's art historical lineage skips from classical sculpture to baroque patterning, Primitivism, Modernism, readymades, Arte Povera, and onto Brazilian Modernism, with the artist finding a comfortable place somewhere near the end. Da Cunha's mode of highlighting the wonders of ambiguity is engaging, almost to the point that, should he raise his own flag to the roof, I might just sign up. But I suppose that would be just too obvious; it would be more likely he’d raise a barbeque cover, or something equally garish, and the joke would thankfully be on me. It saves me from one less cause I suppose. 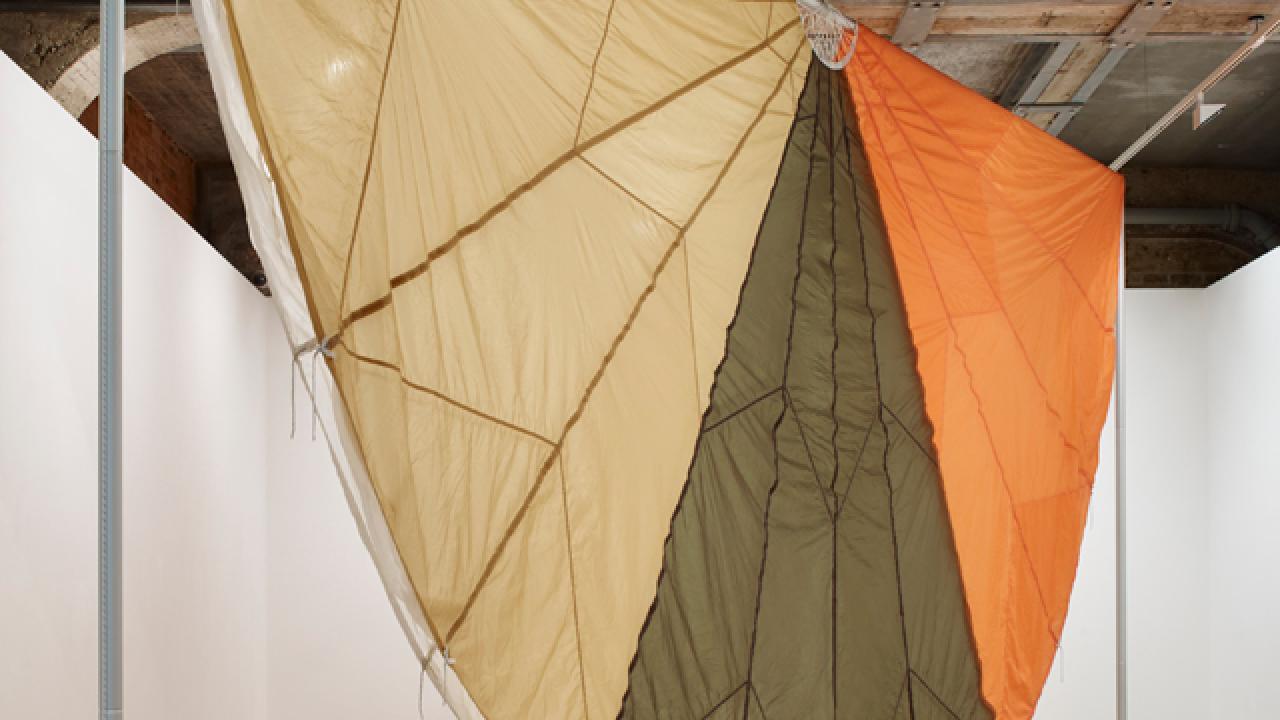 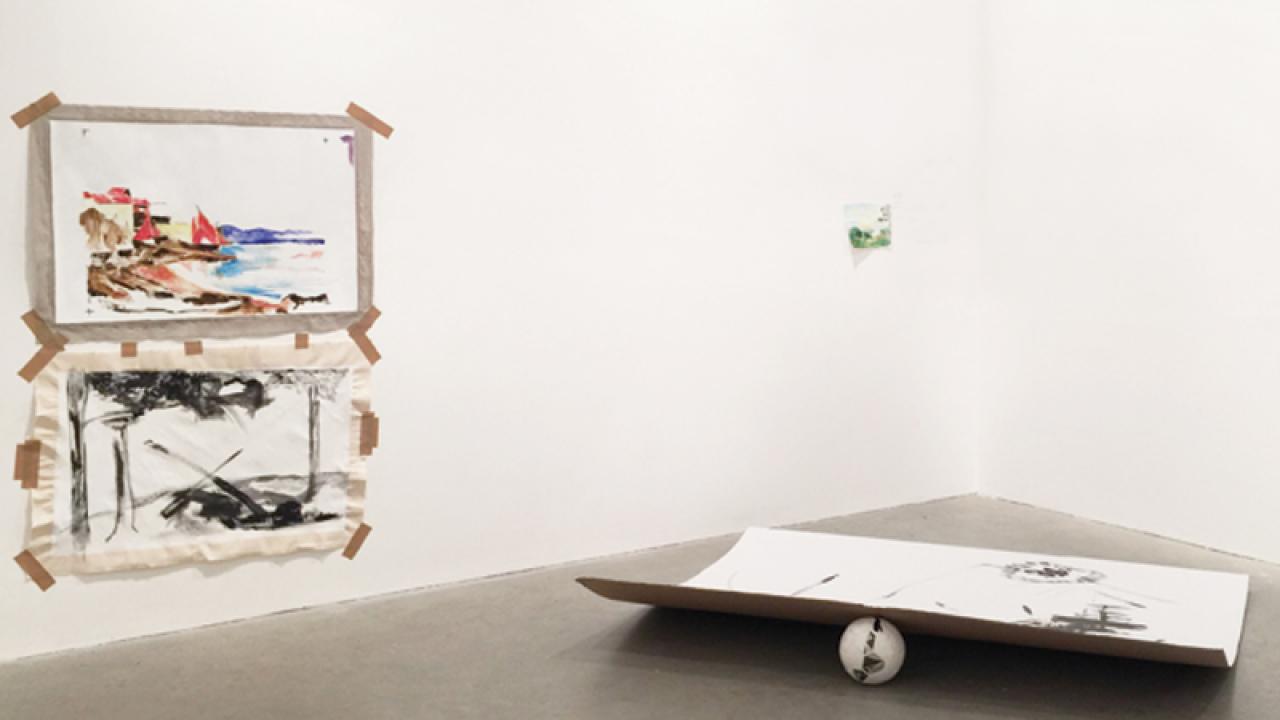 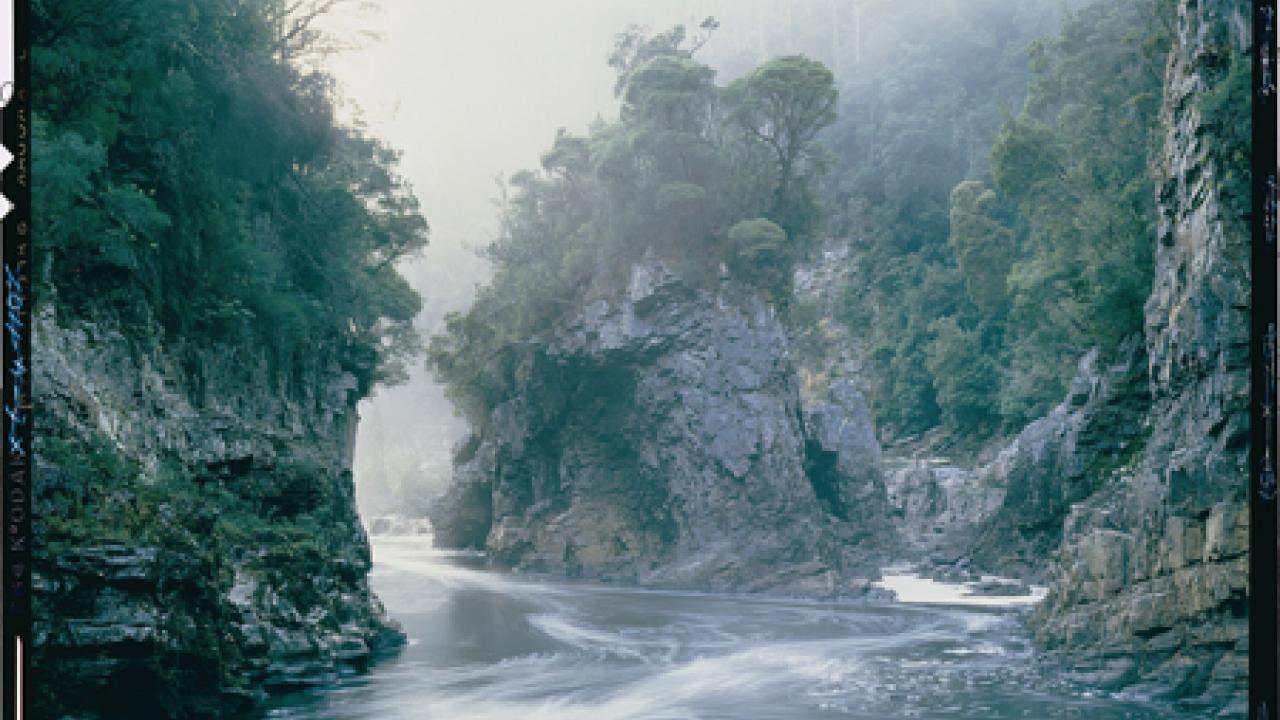 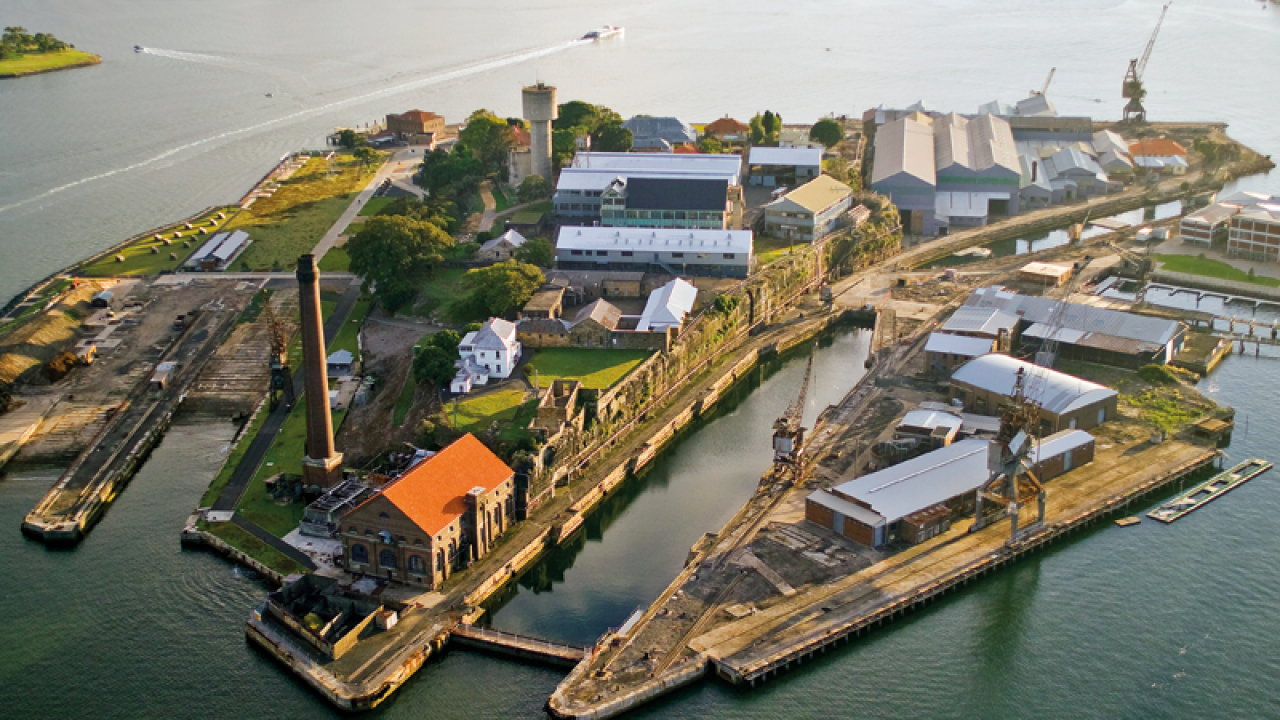 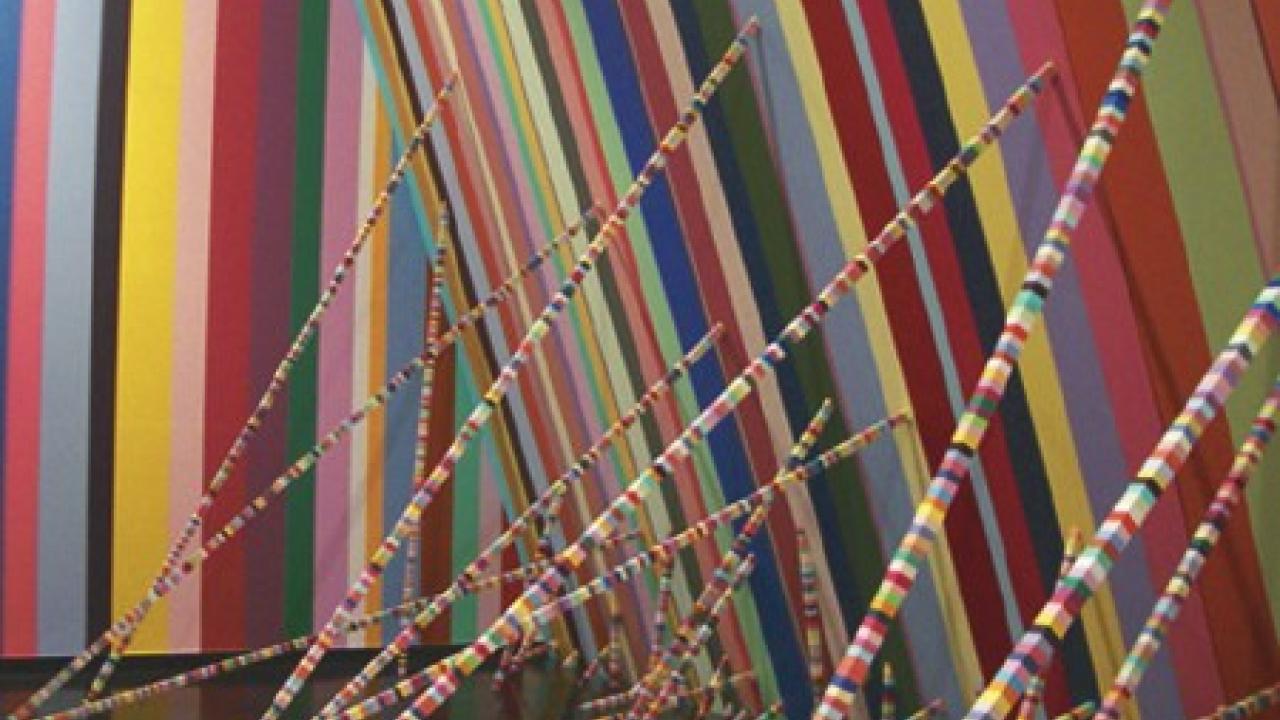 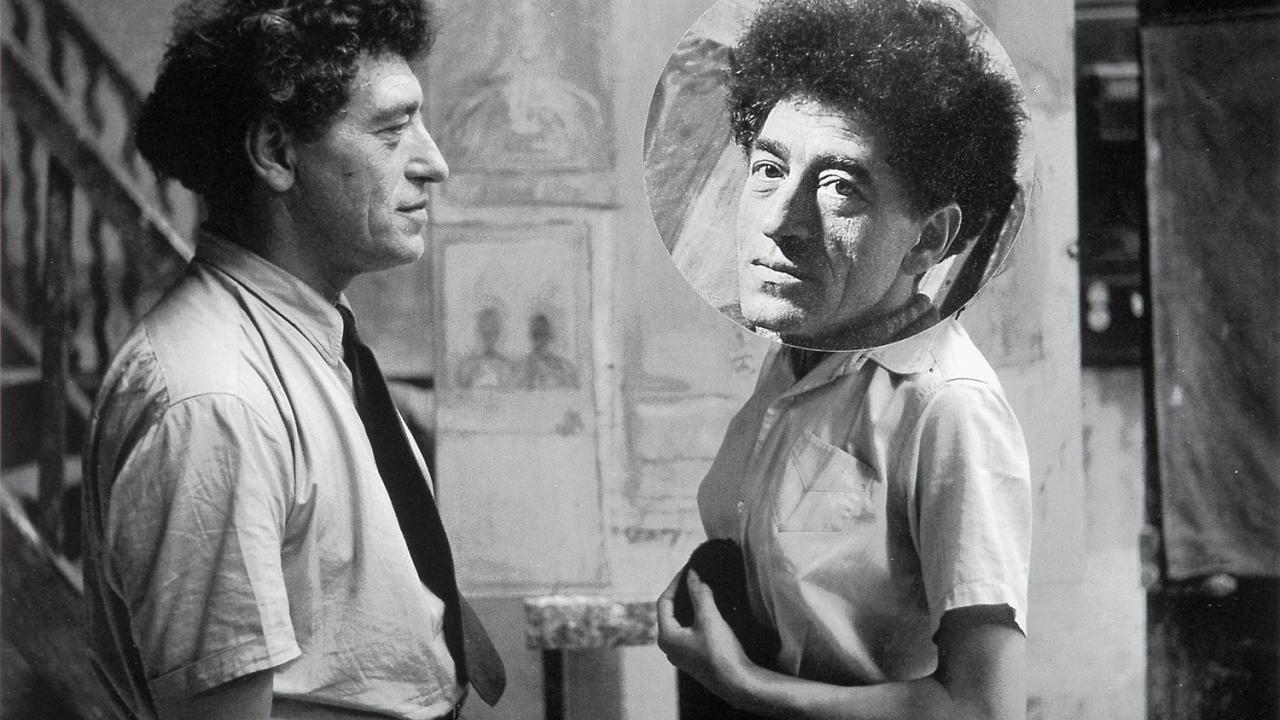 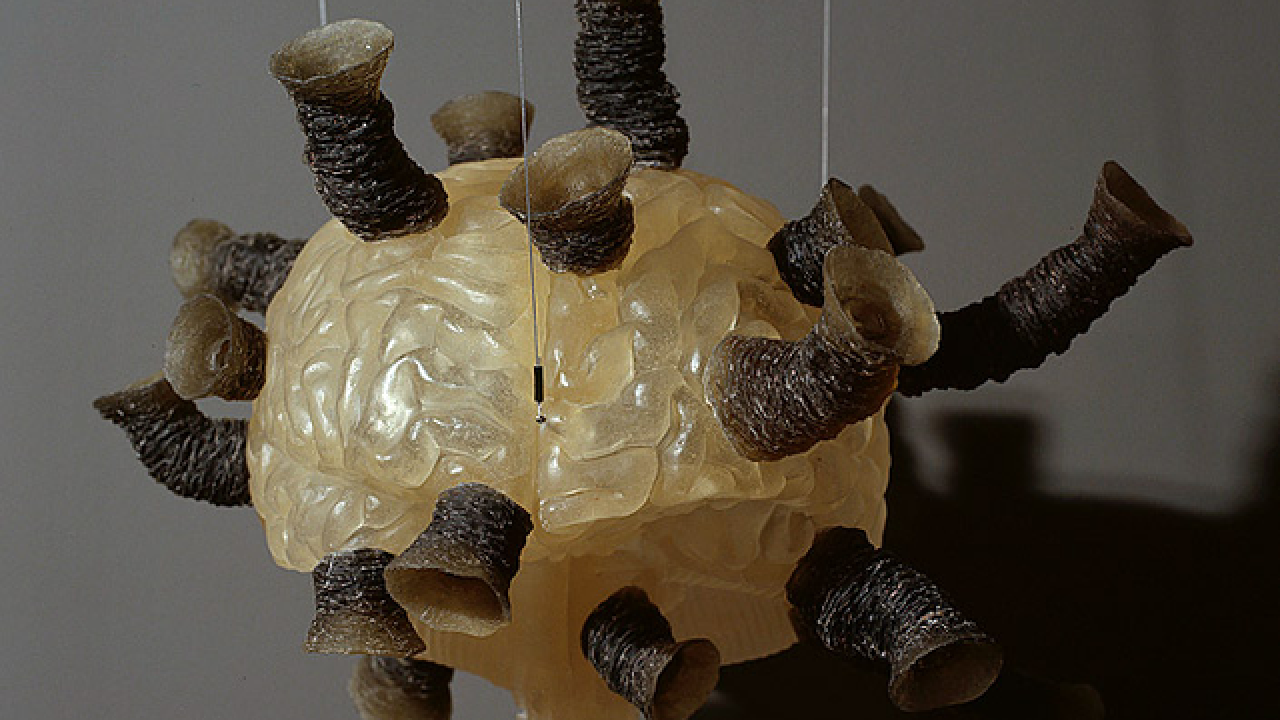 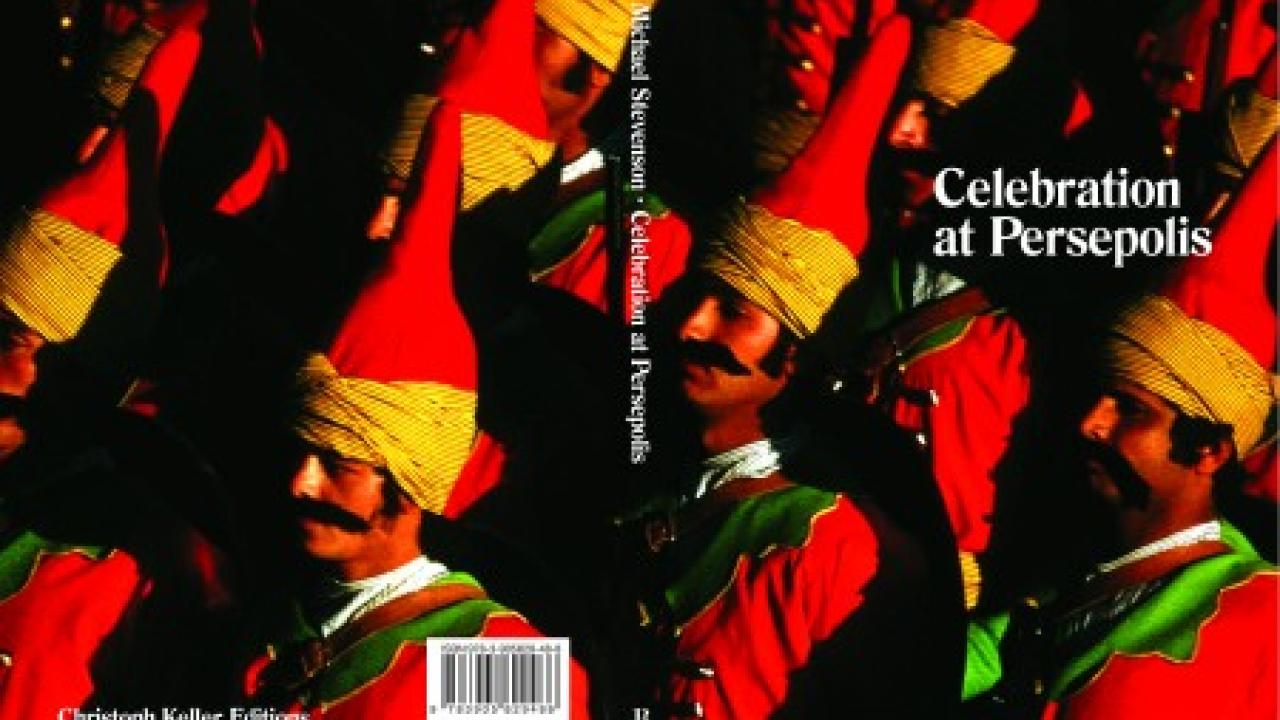