Art in 'Real Time' at Sequences VII in Reykjavik

The curatorial theme of ‘plumbing’ ties together the video works and performance pieces on view at the Hotel Holt, a venerated Icelandic institution

‘Pipes over here, pipes over there – poison in the water, what are you doing here?’ I wondered the same thing myself, hearing the line delivered as a freestyle rap by the hirsute artist Styrmir Örn Guðmundsson. A small group of us gathered around him in one of the ornately decorated lobbies of the Hotel Holt, a venerated Reykjavik institution that also houses Iceland’s largest private art collection, watching his performance ‘The Death Show’ (2014).

Shifting between autobiographical guided tour, book sales pitch and forced meditation session, Guðmundsson’s surreal shaggy dog story was a meditation on mortality elicited by a leaky water boiler and old lead pipes in the artist’s house. Playing various roles, his mortal concerns were refracted through contractual legal speak, the quack hip-hop doctor encountered above, and then finally leading us up to one of the hotel rooms where, improbably, a blue-skinned embodiment of a deity seated on the bed asked us to sit down and told us: ‘Do not worry about death. We all die successfully.’ But whether a legal agreement, medical language or yoga-talk, Guðmundsson’s tour suggests that each is just a rhetorical spin on the same problem that has no solution.

The Death Show was one of the remarkable moments in this year’s Sequences, the seventh edition of Reykjavik’s ‘real time festival’ – a phrase that tries to slip around words like ‘live’, ‘performance’, ‘time-based’, ‘durational’, opting instead to just be real. And in time. (What isn’t?) Sequences began as an informal artist-led event in 2006; since 2009, it has been held biannually. This was the first time the festival looked abroad to find an artistic curator, inviting Alfredo Cramerotti, director of MOSTYN in northern Wales, who gathered 26 artists for the 10-day festival (half Icelandic and half from a mix of UK, Germany, Denmark, Italy and Estonia).

Cramerotti also evidently took ‘real time’ to mean mainly video, supported by a few performative sculptures, and a handful of actual performances. Which made Guðmundsson’s jaunt around the hotel all the more notable, in that, despite its morbid topic, it gleefully threw in dashes of sculpture, drawing and music, and felt nicely open-ended and unresolved.

It was also, coincidentally, one of the few works that directly referenced Cramerotti’s curatorial theme of ‘Plumbing’. The theme sounded vaguely ridiculous, but in a country that gets all its hot water and heating from the geological fault line it straddles, and has billionaires built on bottling its natural springs, it seemed like a reasonable enough starting point to think about pipes, carriers and tubes: from oil and water pipes, blood vessels and digestive tracts to data-carrying cables. Which is to say, things that are moved, shifted and transported, in a ‘conduit to another state’ as the curator put it. (Again, what isn’t?)

‘Veinous’ is the word Carolee Schneemann used to describe her own work in an interview as part of her show at the artist-run gallery Kling & Bang, a sort of mini-retrospective of the artist’s signature works including Up to and Including Her Limits (1973–76) and the photo series ‘Eye Body’ (1963). Schneemann was this year’s honorary artist, a ‘symbolic role’ that was meant to serve as a sort of reference point or influence on the artists exhibiting throughout the festival. Alongside Schneemann in Kling & Bang, the young Icelandic artist Hanna Kristín Birgisdóttir kicked off the festival with her work Like a breath being compressed into a high pitched sound (2015), using a big machine to drill a small hole in the concrete just outside the gallery.

The theme and honorary artist, though, seemed more like MacGuffins or excuses to branch out; following this, I didn’t find myself thinking about plumbing, or Schneemann’s writhing, struggling bodies, for the rest of my visit. Cramerotti’s selection was an unusual gathering of older and younger artists presenting mostly new work, and his agenda seemed not to have any single, firework-like highlights, but more a set of even, medium-release events. Instead he highlighted Sequences’ role as one of the galvanizers and catalysts in the closely-knit and hyperactive Reykjavik art scene, where in a capital city of just over 120,000, the politics of family and friendship are always near the surface.

Perhaps most evident of this was Helgi Þórsson’s _Sequences Baby Doll Bar _(2015), a colourful mash-up of pink linoleum, psychedelic stalagmite sculptures and Day-Glo paintings of pots set up as music venue Mengi’s working bar. It’s an installation the painter, sculptor and musican has done frequently in the past, as a fun, vibrant social structure. Þórsson, as one of the co-founders of the artist-run space Kunstschlager, was also involved in the non-stop parallel off-site program, handing out blue candy floss to children in a normally abandoned mall atrium, filled for one day with drawings, sculptures, videos and performances by over a dozen artists. Social critique it was not, but it was outward looking, and, dare I say, interactive.

The inverse representative of the scene might have been Kolbeinn Hugi Höskuldsson’s Plato’s Parable of Light Astral Pavillion 3D (2015), an installation of three projections intersecting on an opaque plastic tent at Loftsson, a concrete shell of a former supermarket and soon-to-be-hotel, and one of the festival’s main venues. At the opening, the tent held nine performers: three staring intently at computer screens, each building their own abstract worlds in the software programme SketchUp, which were simultaneously projected onto the tent. Inside were three keyboard players providing an ambient drone soundtrack, and three people simply lying on the ground, staring upwards and taking turns with a microphone. (They were speaking in Icelandic, but apparently they were attempting to describe what they saw in the projections above them).

The tent seemed a cool and comforting play space, with blankets and bright flashing colours, but it also seemed to flag up an undercurrent in much of Cramerotti’s selection. Alongside hermetic works like Helga Griffiths’s video Brainscape (2011), where the artist dwelt on a digital scan of her own brain, or Beatrice Pediconi’s projection 9’/Unlimited (2013) which surrounded you with morphing smoke, glitter and bubbles, the ‘plumbing’ space he envisioned seemed to be a sort of immersive crawl space, where we might retreat and revel in sensations. Many of these works asked us to look inside ourselves, to begin an inward journey. And stay there.

When this introspection turned to discovery – where it seemed that sense of an inward journey led to something that could be brought back and shared – it provided some of the deepest moments of the festival. On the top floor of Loftsson, in a curved attic room was Finboggi Pétursson’s Tesla Tune (2015), a homemade organ made from cardboard tubes of varying length suspended from the ceiling. Each tube held a transmitter playing the same 50-Hz frequency, the sequence creating a driving rhythm that was both calming and exhilarating, and primally satisfying. In Harbinger, a newly opened space in a former fish shop, Margrét H. Blöndal’s Felldur (Field, 2015) comprised five sparse sculptures that barely occupied the storefront room. Every piece sprouted from the wall, hanging down on its own weight by sticks and cord, balancing small assemblages of cloth, plastic and wood, each feeling like an unanswered question.

So what’s all this got to do with a blocked toilet? Cramerotti’s ‘Plumbing’, in relying mainly on his selection of video works, gave the sense that much of the festival had already happened, that the ‘real time’ was somewhere in the past. What gave this Sequences festival its presence was inevitably the oft-mentioned dynamism of the Reykjavik scene itself, which still will need to temper its introspective tendencies and ask itself difficult questions as it grows.

One inadvertent, perhaps subconscious, answer was provided on the outskirts of town, in the newly relocated Living Art Museum, where Margrét Helga Sesseljudóttir’s sculptural installation So a little pissypants named Itzy got all huffy with you, I see. You are a rainbow (2015) sprawled across the first floor, with all the familiar parts of a bedroom taken apart, reconfigured and remade into precarious, bizarre assemblages. Suction cups from the underside of a bathtub mat lined a pink mirror, while something that looked like tuna mixed with wax sat in a dog bowl and spread across the windowsill. The soundtrack from Jordan Baseman’s short film Little Boy (2014), a dense howl of static and wind, crossed over the installation, turning it into an eerie post-apocalyptic setting, the suggestion of what we might make of the domesticities that surround us after the fallout. Perhaps this venue stood out because between these two works it provided the festival’s one glimpse of destruction, a moment that also felt peculiarly optimistic in that it didn’t hesitate to just begin again, to built the world anew. 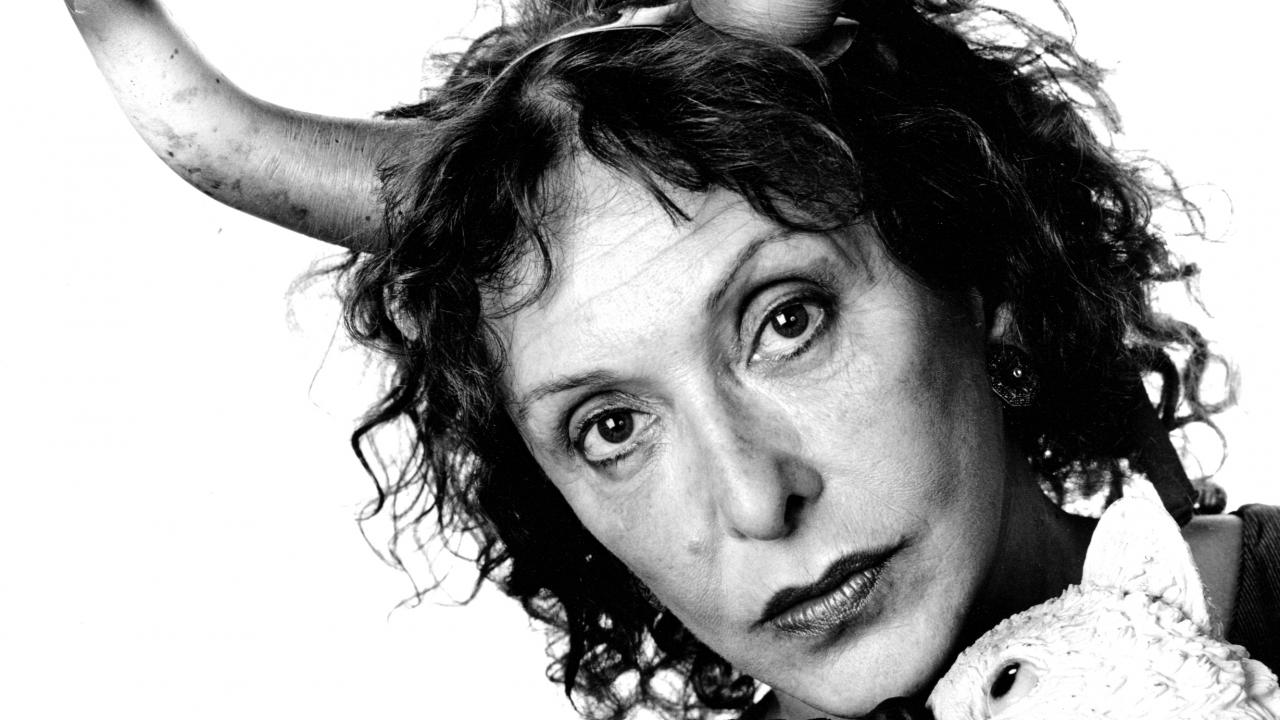 The pioneering US artist was best known for using painting, film, performance and installation to challenge ideas around sexuality and gender 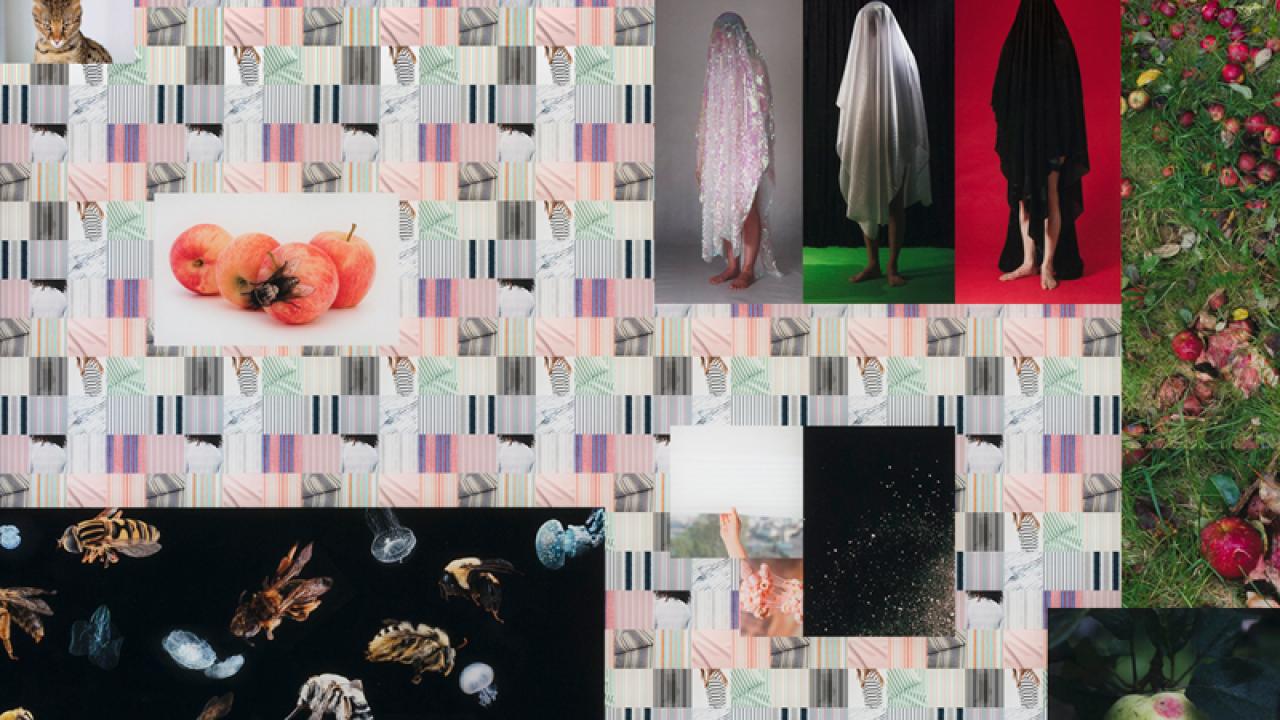 With the Armory Show opening in the city, a guide to the gallery and museum shows not to miss 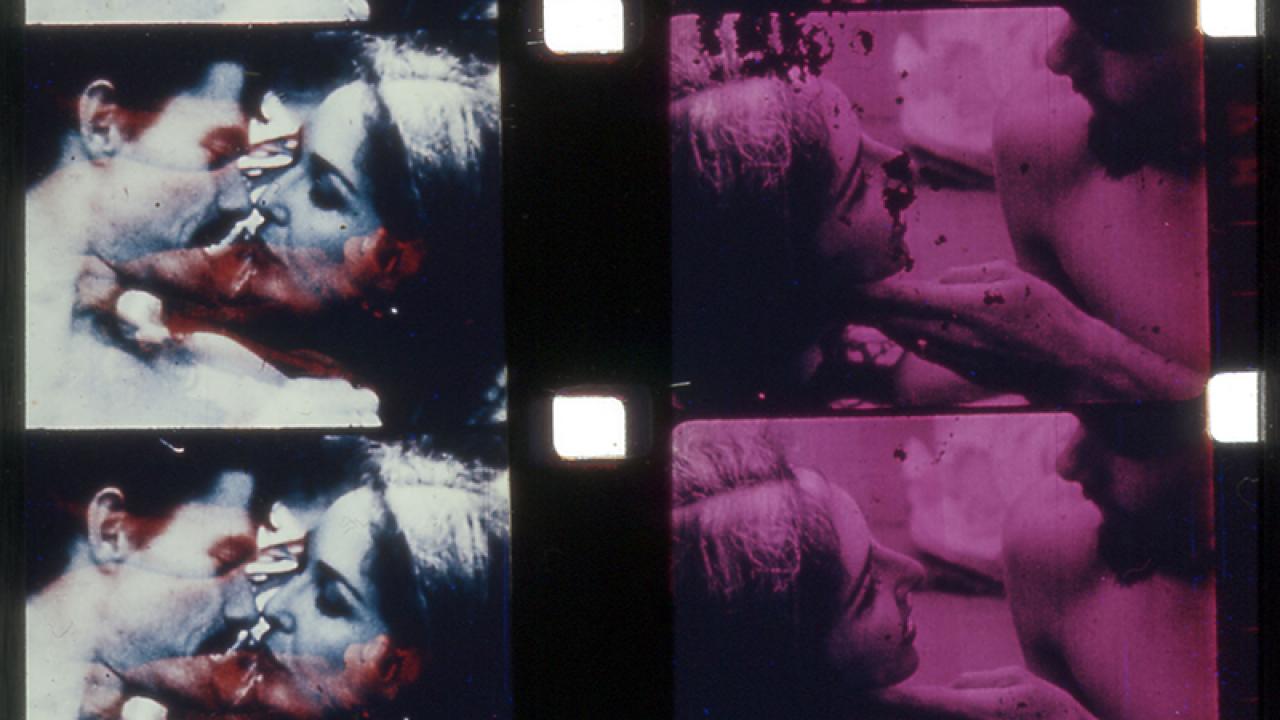 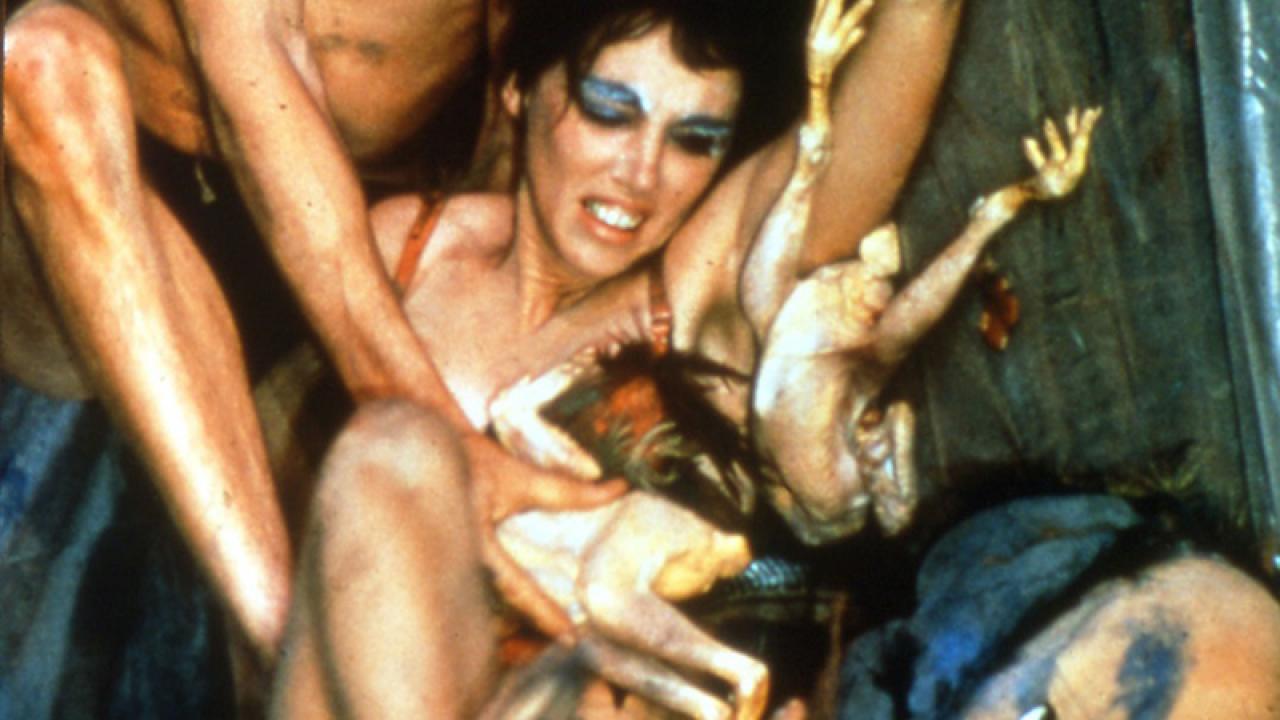 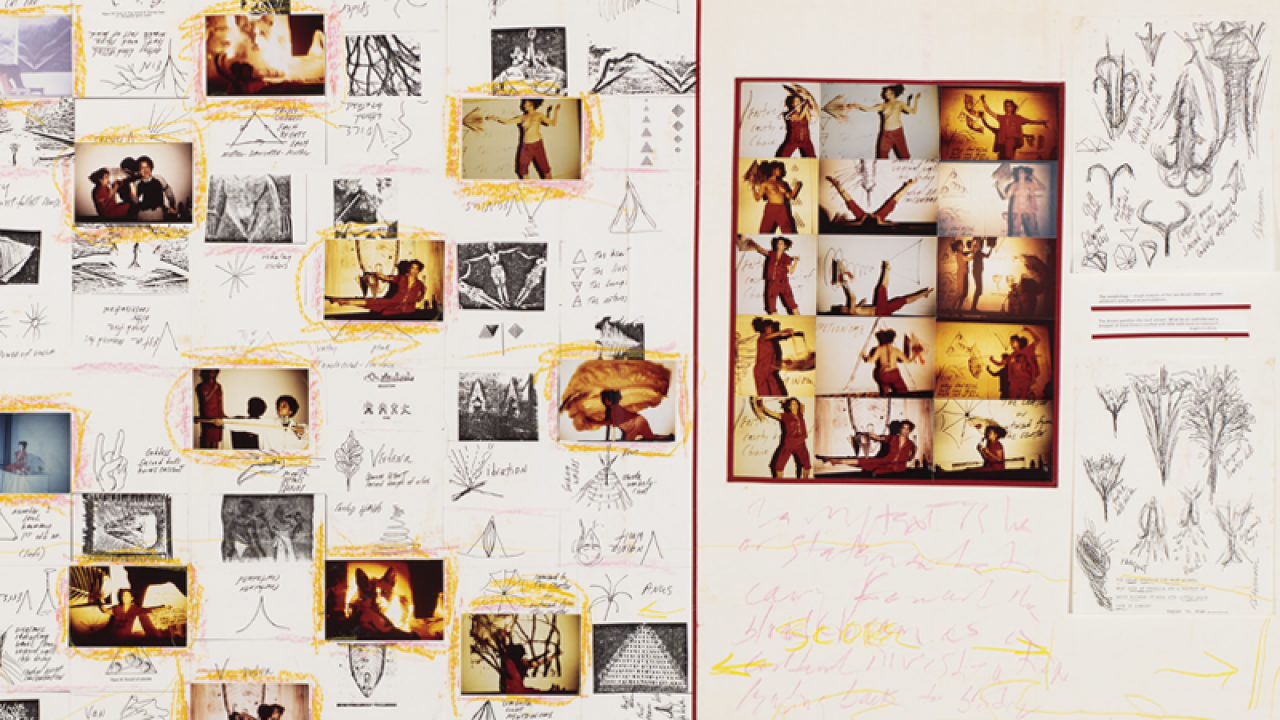 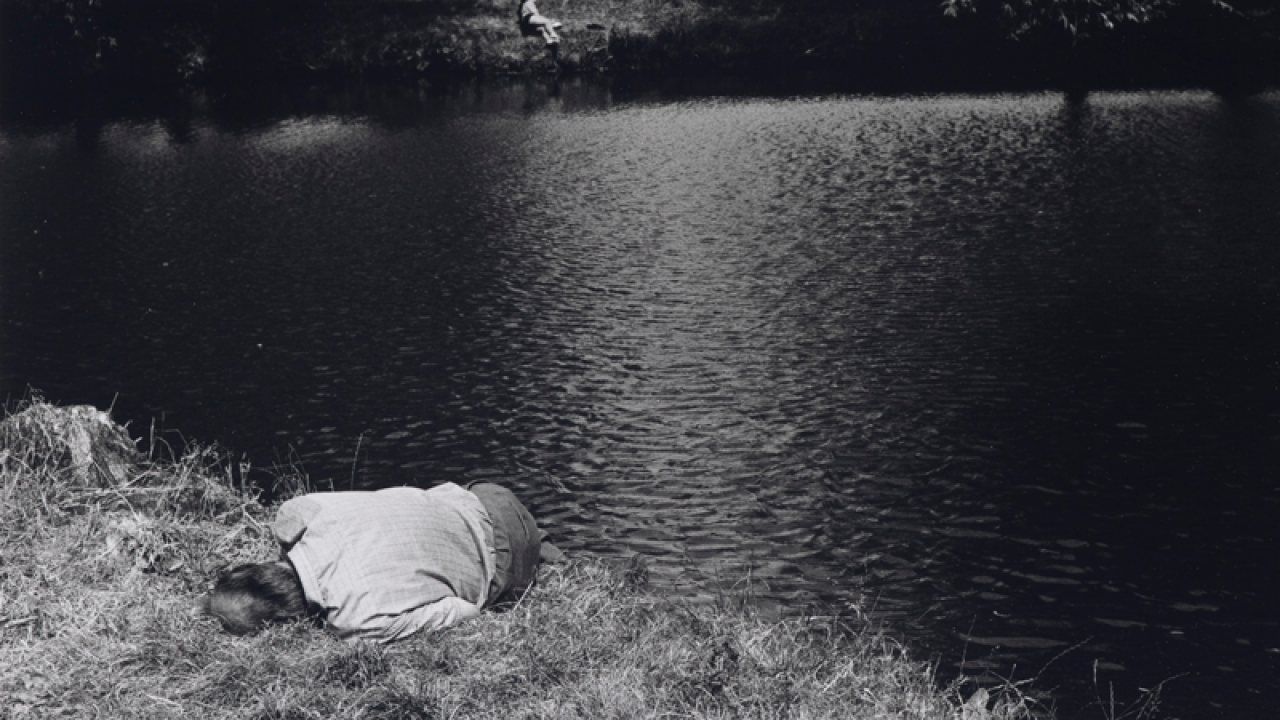 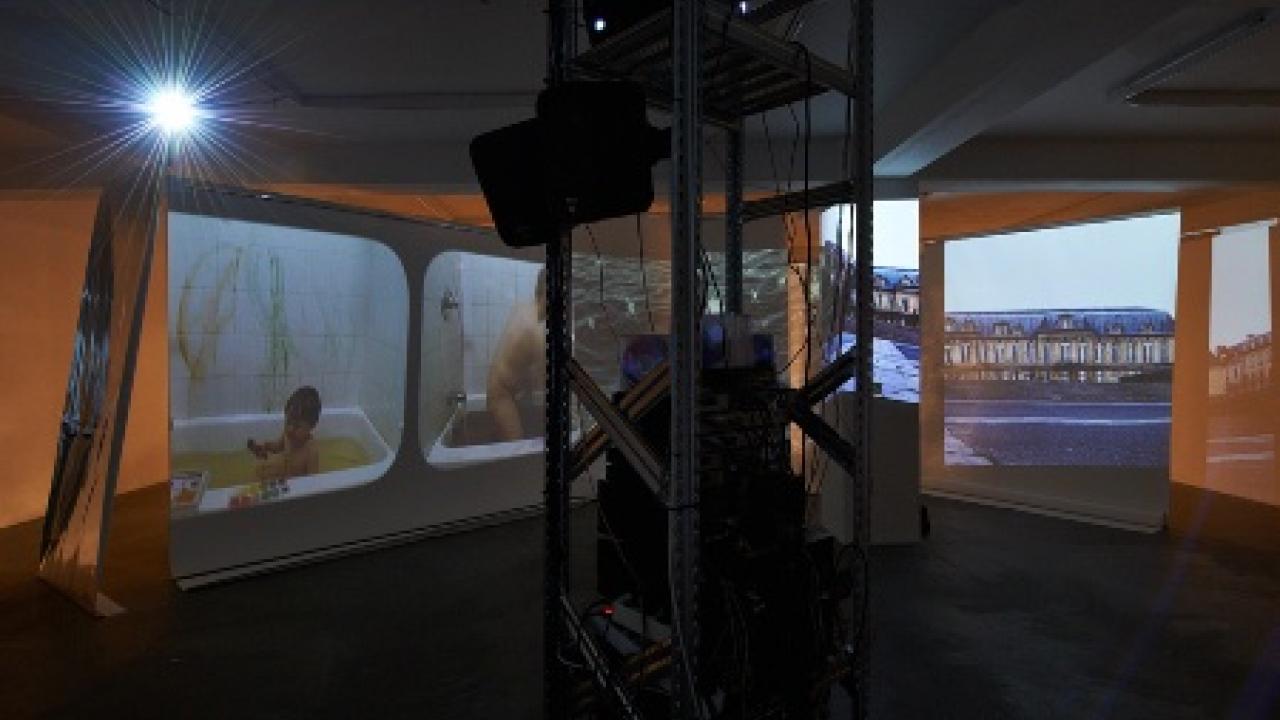