In the 1990s and 2000s, critics’ darlings Blumfeld made German pop music history, due in no small part to the intelligent and politically-engaged songwriting of Jochen Distelmeyer. The name Blumfeld was taken from Franz Kafka, just as Distelmeyer’s literate, self-reflexive lyrics were packed with references to poets such as Ingeborg Bachmann and Rolf Dieter Brinkmann. With his first novel Otis published in January, Distelmeyer became an author in his own right.

Dominikus Müller What is Otis (Rowohlt, 2015) about?

Jochen Distelmeyer It’s about a guy who’s on a journey of self-discovery and who confuses himself with Odysseus.

JD For me, the Odyssey is emblematic of the last 15 years. It’s been on my mind for a while now and I had wanted to make a record about it. Ultimately the themes in the Odyssey were too complex to deal with in the form of 12 or 16 songs.

DM How is the Odyssey emblematic of the last 15 years?

JD In terms of subjects such as weapons technology, homecoming soldiers, refugees, asylum policies – topics I dealt with in the song Hiob on my last album Heavy (2009). But also in terms of thinking about stories that can capture and describe what’s going on in the world. 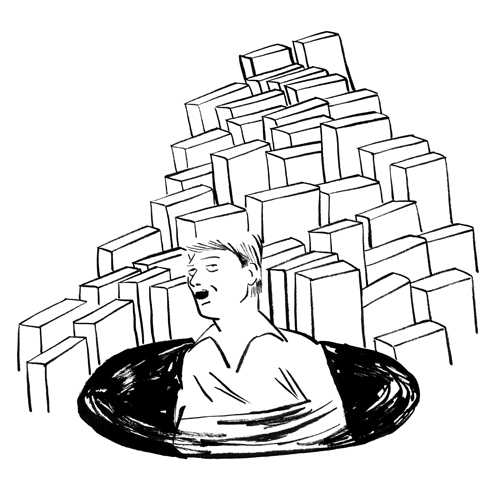 DM Why did you decide to turn it into a novel?

JD I’d never previously thought of writing a novel, the form just didn’t interest me. But when I was out walking one morning, the first four or five pages suddenly sprang into my head. They came to me word for word as they stand in the book. So then I had a sound and a flow that allowed me to address and organize all these things I was interested in. The sound had a certain generosity; a cautious, friendly tone, but one that was also decisive.

DM So sound was a key factor for you?

JD Yes, the moment when I thought ‘Alright! OK!’ came from the musicality of the text. The flow was crucial. At first, I wasn’t thinking of myself as a novelist, but rather as a singer. I felt a certain affinity to Homer, and to other people like Abdel Halim Hafez or John Lee Hooker – keepers of the tradition of storytelling in song. For the first 100 or 120 pages, I treated the book like an extended text to be recited or sung.

DM Besides sound, performance also plays a big part in Otis. At one point Tristan goes to see a play called Das Loch (The Hole) and he describes the actors as ‘guardians and keepers of a belief in the narratability of the world’.

JD Yes. The actors stood for professionals who have devoted their lives to the texts of others. Also, in the Odyssey, all the women who are described in detail are constantly weaving: Penelope, Circe, Calypso. Texts as textures, ‘narrative webs’ – I thought that was an interesting image. Also in terms of who’s telling the story, and the patterns we use to tell ourselves stories of men and women in societies around the world.

DM Compared with the lyrics you wrote for your former band Blumfeld, I find the language in the book to be quite distanced: the story fans out through individual and ultimately unconnected viewpoints.

JD That’s an important aspect. Which is also why I used the Margaret Thatcher quote as an epigram: ‘There is no such thing as society. There are men and women and families.’ A neo-liberal pronouncement on the dissolution of our notion of society and solidarity. From individual viewpoints, I arrive at an image of society.

DM Out of all these individual viewpoints, the book weaves a kind of tapestry of Berlin. Especially the chapter based around Yilmaz, a Turkish-German bus driver on the 100 line who met his former lover at the Love Parade.

JD The bus is like a storyline itself, almost a narrator in its own right. I did a lot of research into the character of Yilmaz and on bus driving as a profession. I also did interviews. I liked the way the route of the 100 bus goes past all of the city’s main sights. The bus driver is like the ferryman across the Styx, across the Spree. He has similarities with the subject of Gerhard Hauptmann’s Bahnwärter Thiel (Signalman Thiel, 1888), also a kind of ferryman.

DM In the second chapter, there’s a moment that exemplifies the book’s structure: after a brief exposition on Tristan and the Odyssey you veer off and devote ten pages to the Memorial to the Murdered Jews of Europe in Berlin. Like a dropdown menu, an entire non-fictional discourse is recounted in factually accurate detail, leading away from the main story.

JD Very early in the book, I try to awaken a kind of basic understanding of Germany’s culture of memory. How do we tell stories, and which stories do we tell? To what extent are our supposedly real perceptions of a non-fictional world interwoven with what one might call ‘magical perception’? And what effect does this have? I wanted to make clear the position I tell the story from.

DM And what is that position?

JD I wanted it to become clear that Germany and Berlin, where the novel is set, cannot be separated from the Holocaust and Germany’s culture of memory – the attempts being made here to come to terms with the past and to narrate history. That had to be part of the story.

JD Yes, briefly. In real terms, Kohl abolished the right to asylum. Like Polyphemus. In the early 1990s, Kohl suggested placing a pietà in a beam of light inside the Neue Wache in Berlin. The same year, his wife developed an allergy to light. There’s a fine line between a charm and a curse, as I say elsewhere in the novel. If one were to be superstitious: Polyphemus is later blinded by Odysseus, and Kohl, ‘the giant of Oggersheim’, ended his political career in disgrace due to his involvement in various bribery scandals and his refusal to reveal the name of a donor. 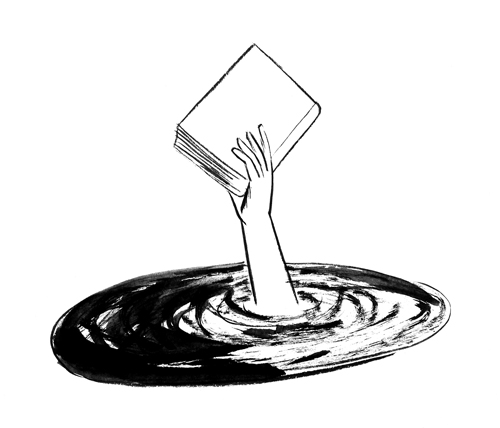 DM Your book reminded me of Erich Kästner’s Fabian (1931).

DM Kästner, too, writes about an out-of-work copywriter who drifts through Berlin and falls in love with an actress. Just like Tristan. And Kästner’s book also has a disturbing, unforeseeable ending. It was going to be called Der Gang vor die Hunde (Going To The Dogs). Without giving too much away, that’s another theme it shares with your book.

JD Amazing! I often experience these kinds of similarities in making music, too. You find out that there have been people working like you have, throughout history, all over the world. A kind of working community.

DM How much Jochen Distelmeyer is there in Tristan Funke?

JD There’s a musician in the novel, a peripheral character. But Tristan? Apart from the fact that he moves to Berlin and writes a novel about the Odyssey, there’s not much of me in him.
Translated by Nicholas Grindell