Literary highlights of 2008 included a biography of Theodor Adorno, a new novel by Philip Roth and short stories by Ali Smith 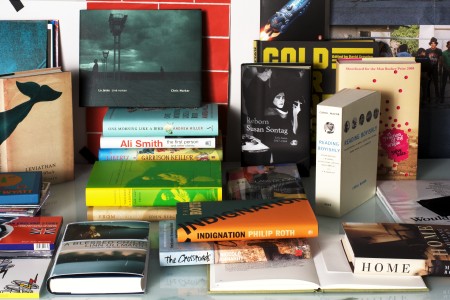 UK editor of Cabinet and AHRC Research Fellow in the Creative and Performing Arts at the University of Kent.

The venerable form of the essay, even buoyed by mainstream publishers’ enthusiasm for ‘creative non-fiction’, was never going to usurp the novel as the genre most readers think of when they hear the word ‘literary’, in 2008 or any other year. But the best of the year’s non-fiction added the invention and obliquity of the novel to the substance and style of the essay. For Theodor Adorno, the essay was by its nature a fragment: it studiously shrinks from the final word, feinting with the truth like an expert flirt. Detlev Claussen’s sedulous life of the philosopher, Theodor W. Adorno: One Last Genius (Harvard University Press, 2008), showed just how cannily ‘Teddie’ evaded definition by his intellectual peers. Bertolt Brecht and Georg Lukács thought his elusiveness was pure patrician guile, but Adorno had already grasped the provisional, essayistic style of the modern character. Adorno thought of his childhood self as a ‘hothouse plant’: hypersensitive and cosseted, he resembled his hero Marcel Proust.

In Carol Mavor’s Reading Boyishly (Duke University Press, 2008) Proust joins Roland Barthes, Jacques Henri Lartigue and the several originals of J.M. Barrie’s Peter Pan in a delicate and strange study of what it means to be, or to think and feel like, a boy. Mavor’s was also one of the best-looking books of the year, an extended homage to the discreet typography of Barthes’ Camera Lucida (1980) and Roland Barthes par Roland Barthes (1975).

The recrudescence of nature-writing reached the mainstream of the mainstream, with a special issue of the slightly refurbished literary magazine Granta. But neither of last year’s most accomplished practitioners was included. Philip Hoare’s Leviathan: or, The Whale (Fourth Estate, 2008) is a compendious and visionary account of the author’s cetacean romance, and a rigorous reading of Herman Melville’s Moby-Dick (1851), the Urtext of whale lore and legend. In the second part of his projected ‘Connemara’ trilogy, Connemara: The Last Pool of Darkness (Penguin Ireland, 2008), Tim Robinson treats the landscape of the west of Ireland as though it were a beached monster, anatomizing its curious protrusions and interior mysteries. Hoare is a cultural historian of consummate skill, Robinson a writer who transcends subject and genre with amazing élan.

In the end, though, my two favourite books of the year turned out to be more fleet of form and apparently laconic in content. Zone Books have re-published the ciné-roman of Chris Marker’s film La Jetée (1962) – it’s been out of print since the late 1990s and has fetched absurd prices in recent years; it remains something considerably more than a companion to the film. Marker once invented a guidebook to Mars for a film by Alain Resnais, and curator Robert Blackson’s book If There Ever Was (Art Editions North, 2008) has something of the same fantastical utility. A catalogue to his exhibition of the same title (at the Reg Vardy Gallery, Sunderland), the slim and sumptuous volume essayed an olfactory and written archive of vanished and imaginary smells.

The new year promises glimpses into the youthful minds of two writers not much given to mature confession. The first volume of Samuel Beckett’s Letters (Cambridge University Press) will no doubt be reviewed as evidence of the writer’s ‘essential humanity’ or some such conventionalism, as though cricket and drink and fearsome boils on the neck were somehow inimical to his later austerity. Susan Sontag’s early diaries, published as Reborn: Journals and Notebooks 1947–1963 (Hamish Hamilton), reveal a more anxious sense of self. The neurasthenic young critic used her journals to canvass ideas and attitudes that would stand in for an identity yet unformed. It’s obvious from Sontag’s private reflections that she always knew she was going to be somebody: the question was simply who, and the answer was to be worked out in the form of an essay.

Ian Sansom
The author of The Truth About Babies (Granta, 2002), Ring Road (Fourth Estate, 2004), and the ‘Mobile Library’ series of detective novels. He lives in Northern Ireland.

Every year I read the books on the Man Booker Prize shortlist, looking for the usual: usefulness, companionableness, pleasure and surprise. In 2008 I was greatly tickled by Australian novelist Steve Toltz’ A Fraction of the Whole (Hamish Hamilton, 2008), a huge book of what are essentially comic shaggy-dog stories. A friend accurately described the sensation of reading it as like being ‘punched by a puppy’.

As far from puppy-punching as you can get is Marilynne Robinson’s Home (Virago, 2008), a kind of sequel to her Gilead (2006). Robinson is an artist so pure in heart and mind that you suspect that she kneels to write. Philip Roth, on the other hand, continues in his sprint to the finish. Roth has published a novel a year for the past few years, Indignation (Houghton Mifflin, 2008) being only the latest, with a new novel, The Humbling, coming soon. Indignation is not as good as Everyman (2006) but better than Exit Ghost (2007) and will presumably find a comfortable niche in the near future in The Library of America standard edition of Roth’s work, which has just reached Novels and Other Narratives 1986–1991. This volume contains The Counterlife (1986), Deception (1990), The Facts (1988) and Patrimony (1991). Roth is unavoidable: he is a continent.

If you blinked during 2008, however, you may have missed Andrew Miller’s very fine One Morning Like a Bird (Sceptre, 2008), a book about a self-absorbed poet in 1940s’ Japan, and Jean-Philippe Toussaint’s sublimely trivial Camera (Dalkey Archive Press, 2008), translated by Matthew B. Smith. Speaking of the sublime: John Berger’s From A to X: A Story in Letters (Verso, 2008), Linn Ullmann’s A Blessed Child (Picador, 2008), translated from the Norwegian by Sarah Death, and Ali Smith’s The First Person and Other Stories (Hamish Hamilton, 2008). Such writers are synonymous with the good.

Looking forward: January sees the publication of the late Roberto Bolaño’s 2004 novel 2666, translated by Natasha Wimmer (Picador). Bolaño turned to fiction only in his 40s and became, somehow, one of the great novelists of the late 20th century. American publication is ahead of ours, of course: Jonathan Lethem, reviewing 2666 in The New York Times, describes the book as ‘the supreme capstone to his own vaulting ambition’.

Another great dead writer with a new book soon to be published is Stefan Zweig. It’s probably worth learning German just to be able to read Zweig, in particular Ungeduld des Herzens (Beware of Pity, 1939), Schachnovelle (The Royal Game, 1942) and his short stories. For those of us who need a dictionary at our elbow there is a translation forthcoming by Joel Rotenberg of Rausch der Verwandlung, re-titled The Post Office Girl (Profile). Other gleams and delights on the near horizon include Toby Litt’s new novel Journey into Space (Hamish Hamilton). Litt is not only working his way through the alphabet Adventures in Capitalism (1996), Beatniks (1997), Corpsing (2000), DeadKidSongs (2001) etc.; he is also working his way through the genres. Journey into Space promises to be sci-fi. A translation of Ryu Murakami’s truly shocking Audition (Bloomsbury) will doubtless be upsetting; Niccolo Ammaniti’s The Crossroads (Canongate) sounds pleasant in comparison; and underrated writers who deserve to be recognized this year include Simon Mawer, with The Glass Room (Little, Brown) and Kerstin Ekman with The Dog (Sphere). Finally, Philip Ó Ceallaigh, the author of the extremely potent short story collection Notes from a Turkish Whorehouse (2006). I have no idea whether his new book, The Pleasant Light of Day (Penguin Ireland), is going to be a novel or more stories. Either way it’ll be appreciated, along with the new novel by Garrison Keillor, Liberty, to be published in January by Faber. I don’t care what anyone else says. I know it’ll be schmaltz. I’ll like it. 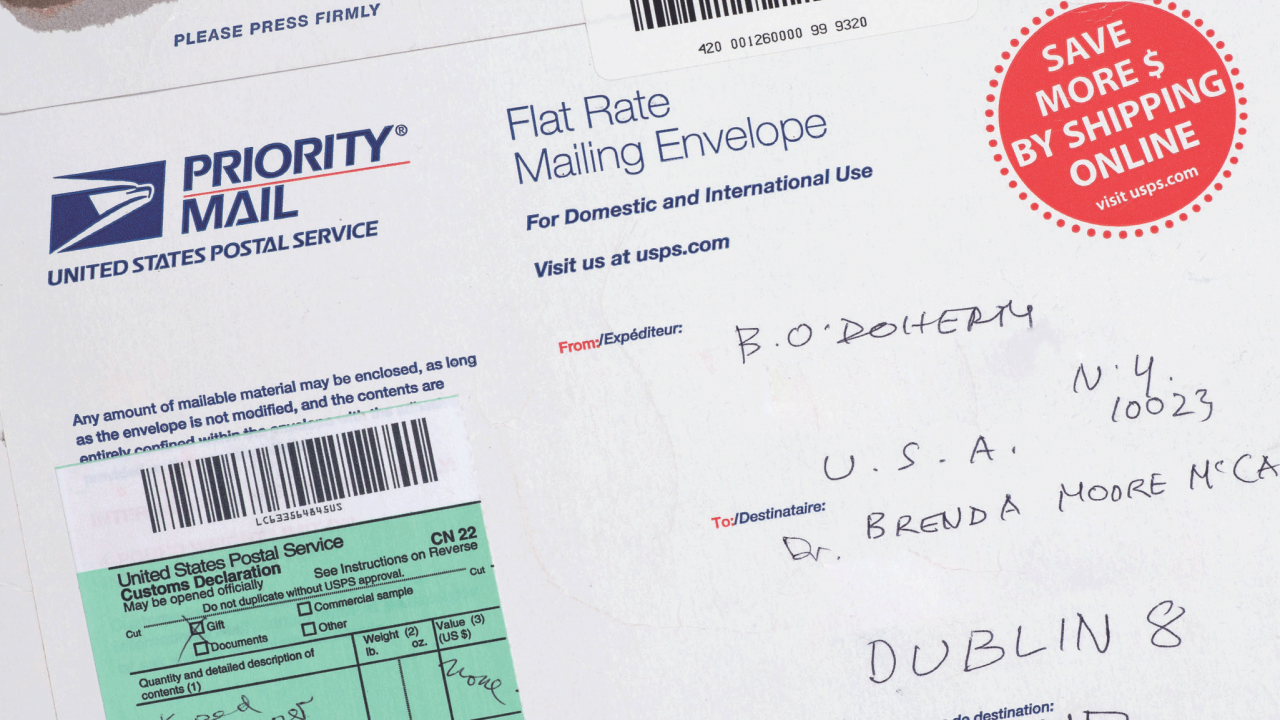 Opinion
Beyond the White Cube: 60 Years of Brian O’Doherty’s Letters

A new compilation traces the critic and artist’s thinking over several decades, including gems from Roland Barthes, Edward Hopper, Lucy Lippard and others