I went up an elevator in a building – most notable for the degree it had not been renovated – on 6th Avenue, around 46th Street, in midtown Manhattan, on a mid-August afternoon. It led me to an open floor of a bare office space. By the large set of windows in the otherwise empty expanse of the room was a desk and a person. Aaron Flint Jamison had set up an ‘office’ to distribute his magazine, Veneer. It was seemingly a rather sad scene – part Bartleby, part Death of a Salesman. But, simultaneously, it was a playful intervention and a willful admission of production at the margins. This was not Chelsea, this was not Art Basel, this wasn’t even the New York Art Book Fair. It was a formal decision towards an isolation that is already implied in Veneer’s hermetic contents (the spray-foamed issue was one of the most annoying items I’ve ever received as a librarian), simple distribution (mail to friends, subscribers) and the limits of a limited budget. It’s hard to sell an experimental format. Generally, bookstores don’t know what to do, distributors smell a hard sell and the artist becomes at once the designer, (sometimes) printer, publisher and salesperson of the materials. It’s thankless and impossible and absurd. Jamison made a new issue of Veneer earlier this year – it arrived back to him from the printers with the cover upside-down. He proceeded to tear off the cover of each one, eat the costs and offer the besmirched issues for free + shipping. It’s thankless and impossible and absurd. It is the failed economy of making a book. People try – bless their hearts. Does it make sense? No.

Speaking of nonsense, he has also teamed up with designer/librarian/bookseller Scott Ponik to create a library space within a new contemporary arts centre in Portland, Oregon, called YU. They are thinking hard about what kind of library they want it to be and are slowly building up a list of titles. Libraries were de rigueur in 2011 – or at least they were in the small world of artists and designers relating back to books and publishing as part of their practice. I don’t mean that sarcastically. It seems like the library provides an opening for a physical space that mimics a book itself – a passage into an elsewhere that includes as many narratives and conversations as possible books. Seems like a worthwhile structure, right? Dexter Sinister (Stuart Bailey and David Reinfurt) have co-founded, with Angie Keefer, what they have described as a Serving Library. It will comprise the materials they publish and work with in some physical space, and will be organized through times when the space is activated by classes, talks and also an appointed ‘librarian’. Details are still in the works. Again, plans that are rife with suspect economics – building a library space for people to visit, raising money for it to subsist and to grow? That’s the business of Carnegies – not artists and designers, and especially not during our tidal movement onto digital shores of past and future books and current economic implosions.

Mladen Stilinovic´ had a retrospective in Budapest at the Museum Ludwig that opened in April. The catalogue is an extensive tour of the artist’s work and a great introduction to the artist for those not familiar. In regard to young contemporary artists and their absurd publishing practices, perhaps Stilinovic´ can be seen as one possible hero. Starting in the early 1970s, Stilinovic´ along with a group of other artists, turned to little books as a mode of distributing text works, performance documentation and collective activities within their city of Zagreb and wherever else the hand-to-hand distribution would have the books travel. The books contain absurdities – text and image pieces that move across logic and into Ludwig Wittgenstein or Samuel Beckett land. Nonsense moves quickly – in this case, fugitive from the authoritarian language of the state in Tito’s Yugoslavia in the 1970s – a humour on the gallows, both ontological and poignantly pragmatic. There was no sense in making his publications at this time, the audience was very small for this material and all the artists were broke and scraped together what they could to assemble the materials for publication.

In 2011, examples of absurd and stubborn persistence seemed welcome and inspiring. 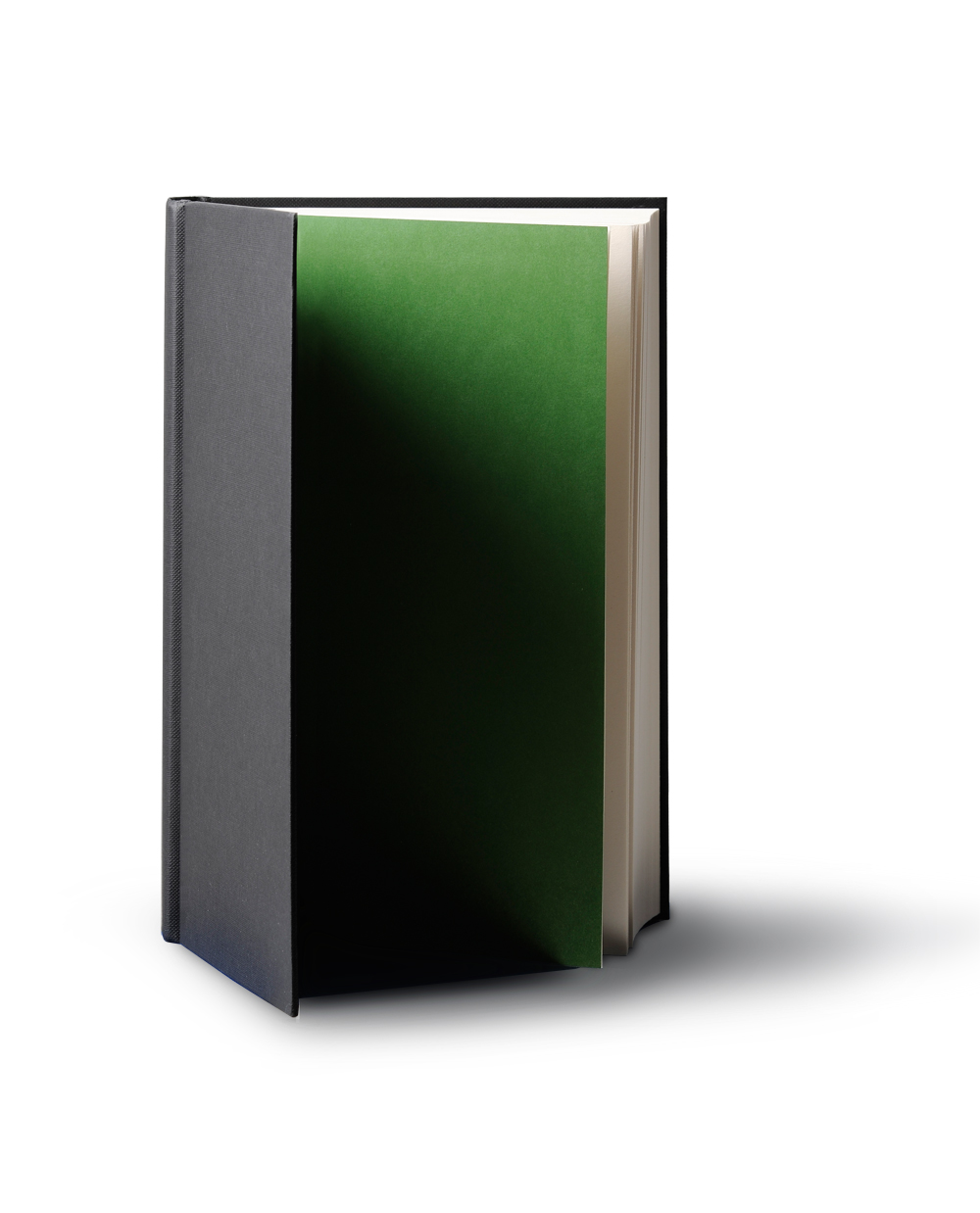 Emily Stokes
Writer based in New York, USA, and an editor at Harper’s Magazine.

There are several pieces of writing I turn to when struggling to understand my own turbulent relationship with the city I live in – Joan Didion’s essay ‘Goodbye to All That’ (1967), for instance, or the interview with Ann Beattie in spring’s Paris Review, in which she told her interviewer: ‘I became disenchanted with New York when I realized that I felt as if I had accomplished something when I picked up the laundry and got the Times and a quart of milk.’ In 2011, I enjoyed the company of Teju Cole’s meditative Open City, a novel in which a young Nigerian psychiatrist doing his residency in Morningside Heights wanders Manhattan, recording his observations of its people and skyline in spacious prose reminiscent of W. G. Sebald’s Austerlitz (2001).

The experience of reading David Foster Wallace’s The Pale King felt to me a little like trespassing – in part because the unfinished novel, which is set in an IRS tax return processing centre, had to be pieced together by the book’s editor, Michael Pietsch, from papers, floppy disks and computer files found on Wallace’s desk after the author’s suicide in 2008, but mostly because of Wallace’s uncanny way of tapping his characters’ private neuroses. I was happily reminded of Wallace’s earlier reportage reading John Jeremiah Sullivan’s Pulphead: Essays, a captivating collection dealing with subjects including Michael Jackson, Christian rock and Hurricane Katrina, which ultimately adds up to a thesis on reality, and how hard it is to come by – particularly for Sullivan, who, in his outrageously good final essay, ‘Peyton’s Place’, describes how, for years, his family home in Wilmington, North Carolina, was also the set for a TV soap opera.

Given the posthumous publication of both The Pale King and of Roberto Bolaño’s The Third Reich (which was serialized over four issues of the Paris Review), it seemed fitting that another two of last year’s most ambitious novels should respond to the way writers are remembered over successive generations. The four narrators of Nicole Krauss’s Great House are linked by each having owned for a time a Chilean poet’s desk, an object that comes to represent a missing homeland, while Alan Hollinghurst’s fifth novel The Stranger’s Child traces the changing reputation of a bisexual World War I poet over five intervals between 1913 and the present day. Both novels were highly architectural – structurally reliant on frames and mirrors – and as coldly impressive as country mansions.

More quietly received was Julie Otsuka’s The Buddha in the Attic, a novella told from the first-person-plural perspective of a shipful of young mail-order brides who leave Japan to settle in San Francisco in the early 20th century, which left me haunted and bereft. An excerpt from that book was published in ‘The F-Word’, the exceptional spring issue of Granta, which also included great stories by Helen Simpson and Lydia Davis, and a destabilizing account of divorce by Rachel Cusk. Other memoirs I enjoyed included Alexandra Fuller’s Cocktail Hour Under the Tree of Forgetfulness, and Jeanette Winterson’s Why Be Happy When You Could Be Normal?, both of which deal with mothers who are, in one way or another, not all there.

To the year ahead: I am excited about Édouard Levé’s Autoportrait translated by Paris Review editor Lorin Stein – a novel, of sorts, made up of aphoristic statements (such as, ‘When I look at a strawberry, I think of a tongue, when I lick one, a kiss’). Another avant-garde writer with a pointillist approach to portraiture is Diane Williams, whose upcoming collection of fictions, Vicky Swanky is a Beauty, is to be published by McSweeney’s in January.

I’ve been looking forward to Gideon Lewis-Kraus’s travel book, A Sense of Direction: Pilgrimage for the Restless and the Hopeful, since reading his account of the 500-mile walk along the Camino de Santiago with fellow writer Tom Bissell, which might have been named ‘How Not To Pack’. Geoff Dyer’s Zona, out in January, is also pleasingly divergent, setting out to describe Andrei Tarkovsky’s Stalker (1979) frame by frame, but (thankfully) getting a bit distracted along the way; his footnotes on his own commentary creep up the book’s pages like ivy over a stone wall. Of Tarkovsky’s ‘Zone’, that place in which all dreams come true, Dyer writes: ‘This is pretty much my deepest desire at the moment, to sit here scribbling, trying to figure out what my deepest desire might be.’ Surely a good way to start the new year.

Emily Stokes is an editor at Harper’s Magazine and a writer who lives in New York, USA.