A roundup of recent design publications, from the history of a pioneering design shop to the fashioning of the first space suit 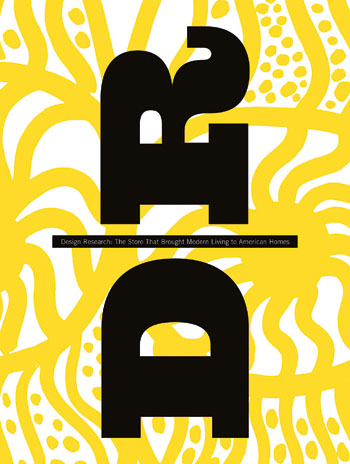 Founded by Benjamin Thompson, Design Research opened its door in Harvard Square, Cambridge, Massachusetts in 1953. Both the mission (accessible design) and the glass-box shop itself (designed by Thompson, a practicing architect and professor at Harvard’s Graduate School of Design) were the visionary precursors to retailers who now peddle ‘modern’ as both lifestyle and, more commendably, as the functional aesthetic of living it was designed to be. Thompson’s wife, Jane, herself an architect and planner, was also the founding editor of the American design magazine I.D. In Design Research: The Store That Brought Modern Living to American Homes (2010), Jane Thompson, in collaboration with architectural historian and journalist Alexandra Lange, has collated both a meaningful history and a warm memoir of those pioneering days of the shop that introduced and nurtured a generation’s madness for clean lines and functionally beautiful objects for the home.

Rana Abou Rjeily is a Lebanon-based typographer who has developed what she calls a one-shape-per-letter Arabic typeface – Mirsaal – in an attempt to ease the way for learners of Arabic as a second language. The system, clearly laid out in her book Cultural Connectives: Bridging the Latin and Arabic Alphabets (2011) applies Arabic writing systems, and grammar and pronunciation rules, to English letterforms. Peppered with historical context and technical instruction the book’s casual tone makes it a less daunting point of entry to the myriad aspects of Arabic type as both linguistic and cultural identifier than it potentially could be.

Perhaps the world’s most unusual Marxist, is there anything Otto Neurath did not do? Leaving aside his dramatic experiences in World War I, in different circles he might be readily referred to as a philosopher, an economist or a sociologist. Inexorably linked in his mind, these fields merged in a project he called the Social and Economic Museum, which he opened in 1925. It attempted to bring clarity to complex social and economic issues to the Viennese populace. The research naturally evolved into graphic design and a system for the visual display of complex information and statistics – what we call information design today. Neurath’s ‘Vienna Method’ is more commonly known as Isotype, and it is his crowning achievement. Composed in the final years of his life (Neurath died in 1945), Otto Neurath: From Hieroglyphics to Isotype (2010), which was edited by Matthew Eve and Christopher Burke, traces Neurath’s personal experiences, sources, and influences in the formation of this visual language – and what he hoped would be the basis for a visual education and societal change. 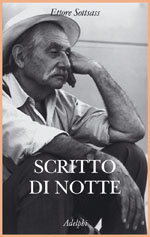 Although very little of what Ettore Sottsass created can be considered traditional, Scritto di Notte (2010) – which has yet to be translated into English – is an autobiography of a more conventional sort. In this posthumously published memoir, Sottsass, who died in 2007, reveals the most significant developments of his early life: his Austrian and Milanese childhood, his education at a prestigious polytechnic in Turin, the war years he spent serving in the Italian army and his internment in a work camp in Yugoslavia. Of this period he says: ‘I learned nothing from it. It was a complete waste of time.’ Probably, but the darkness is leavened with Italy’s emergence from the war years and Sottsass’s innovative and fun work with Olivetti (while with them he designed the first mainframe computer used in Italy and the cherry-red Valentine portable typewriter).

In 1981, when he rightly could have considered a long retirement in the sun, Sottass established the Memphis Group (named after the 1966 Bob Dylan song, ‘Stuck Inside of Mobile with the Memphis Blues Again’) with Matteo Thun, Nathalie du Pasquier and Andrea Branzi, among others. Collective in spirit, Memphis – and its perceived renouncing of good taste – is Sottsass’s calling card, and he describes his creative efforts for the group like being a ‘very strong drug’. His devotion to writing, however excitable and borderline spiritual at times, is evident here, and while its quality is uneven, it is, at times, moving and full of life.

The ‘Pamphlet Architecture’ series has been around since 1977 publishing theories, tracts, and experiments in small, affordable editions. After the 2010 earthquake in Haiti, series founder Steven Holl, along with structural engineer Guy Nordenson and climate engineer Matthias Schuler, decided to explore the feasability of a design they call ‘Dense-Pack Villages’, a courtyard housing-type that would re-use concrete from the rubble and be hurricane- and earthquake-resistant. Rather than helicoptering in and mindful of context, in Pamphlet Architecture 31: New Haiti Villages (2011) Holl and his colleagues ask not only how Haiti should be rebuilt, but how to thoughtfully involve Haitians in the process and integrate the ‘poetry’ of Haiti’s natural environment into the design. 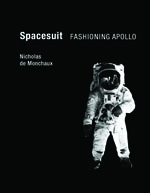 Moon shots, brassieres and sartorial history aren’t three themes often seen together. Few people probably know that the spacesuits worn by Buzz Aldrin and Neil Armstrong in July 1969 were methodically tailored 21-layer ‘couture’ pieces made by Playtex, the American bra manufacturer. Nicholas de Monchaux’s Spacesuit: Fashioning Apollo (2011) is an ambitious and curious book that unfolds the history of the suit (known by nasa as the a7l) layer by layer. Its 21 chapters explore not only the cultural, fashion, scientific and technological history that went into the imagining and making of one of the most impressive garments ever designed, but its influence on a near-mythical moment in history.

The hybrid group of formalists, intellectuals, architects and philosophers known as the Utopie group (active in Paris from 1967–78) was struck through with contradiction and tension almost from the start. They demanded reform for architectural education, questioned consumer society and survived the dissolution of the architecture school at ENSB-A, but still managed to produce a highly designed and influential journal of the same name for a decade. Marc Dessauce’s 1998 exhibition (at The Architectural League of New York) and book, The Inflatable Moment: Pneumatics and Protest in ’68, highlighted the role of the ephemeral and the manifestation of the anxiety that rippled through the group. Jean Baudrillard used the journal Utopie as a springboard for what would become his theories on alienation and a consumer society (many of these essays were reprinted in 1996 as Utopia Deferred: Writings from Utopie 1967–1978). Utopie: Texts and Projects, 1967–1978 (2011), edited by Craig Buckley and Jean-Louis Violeau, translates for the first time many of the key writings by the group’s other members. It cleverly presents them in near-facsimile form – not just mimicking the look of the journal, but also of Utopie’s pamphlets and posters.

Coming of professional age in Eero Saarinen’s office, Kevin Roche – along with his engineering partner, John Dinkeloo – completed dozens of corporate headquarters across the US and internationally. None are as aesthetically successful as Roche’s Ford Foundation building (1968) in New York, which may have shifted architectural Modernism into the ’70s, and whose famous, tranquil landscaped public space attempted to re-engage the social function of that movement. In 1969, his stunning, terraced and lushly planted Oakland Museum of California opened as a ‘museum for the people’, which just happened also to serve as an urban paradise in downtown Oakland. Roche is being feted this year and next with retrospectives in his two (professional) hometowns: at the Yale School of Architecture and the Museum of the City of New York. Kevin Roche: Architecture as Environment (2011), by Associate Professor at the Yale School of Architecture, Eeva-Liisa Pekonen, features unpublished interviews and archives, and is the most solid expression of his vision and innovation yet.

Incredibly ambitious, deeply researched and beautifully illustrated, Manuel Lima’s exploration of the history and future of network design, Visual Complexity: Mapping Patterns of Information (published in September this year) is the next step in understanding where information design is (and needs to be) headed, and from whence it came. Virtually unknown 15 years ago, network design has experienced not just a rapid evolution, but spawned a cadre of followers and practitioners who view the importance of visual literacy not just as a way of parsing data, but as a key communication device across language and culture, and as a form of art. Lima’s writing ranges from dense to nimble, and is wisely offset by ‘guest’ essays toward the end of the book that help further enliven the topic before it gets too bogged down with jargon.