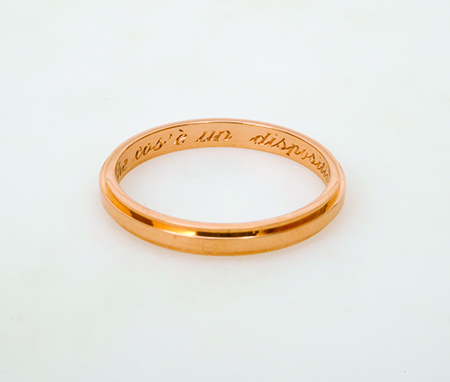 Carissa Rodriguez’s solo exhibition ‘La Collectionneuse’ (The Collector) borrowed its name and nuanced attitude from a 1967 film by Éric Rohmer. Set in the summer, the director’s first colour feature follows the holiday of three young protagonists: an artist, an antiquities dealer and the not-so-innocent ingénue whose sexual appetite inspires the epithet of the title. For all its subjective, pre-1968 complexity, the film’s moral tale of manipulation and male anxiety may be familiar to a particular class of nihilistic youth who deliberately underperform within today’s solution-driven mainstream, which rewards the general appearance of ‘winning’ (the job, the car, the girl, the life). In contrast, the acquiescent position statement You Know the Rules. You Fall in Love. You Lose. (with Forrest Nash, 2013) also describes Rodriguez’s accompanying research workflow project. A Tumblr-like moodboard, it presented somewhat arbitrary images of lone women in landscapes, celebrities eating pizza alongside biblical quotations, devotional memes, among other things.

At Front Desk Apparatus – a showroom in the midtown studio of an art advisory-cum-branding consultant – all the elements of a market ménage-à-trois were held, gingerly, up to a mirror: the artist, buried somewhere in the material constellation of her art objects; the host, trading in high-brow cultural and actual capital; and the collector-viewer, absorbing the rarefied milieu with an air of discrimination and an ear to the Zeitgeist.

Rodriguez’s most intrusive intervention comprised three temporary walls painted ‘super white’ (Anus is the Night, 2013), which trapped the room’s 19th-century mouldings into a literal white cube. Four standard fluorescent tubes framed an existing ceiling medallion, its pendant removed, and the ornate orifice stripped of its lighting function (perhaps a nod here to Georges Bataille’s 1931 text The Solar Anus, but bereft of its energy). The visually dazzling and de-contextualizing effect was to render the space endlessly web-ready, dissolving into those ideal conditions dictated by their amenability to LED backlit display. In the marble mantelpiece along the facing wall, the artist carved out a size 54 ring, into which she neatly fitted an 18-carat pink-gold Cartier band engraved with the title of a 2009 Giorgio Agamben essay, Che cos’è un dispositivo? (What is an Apparatus?, 2013). An extension of her earlier sculpture You Again (Ancora tu) (2011) – a private commission in which the luxury jewellery readymade, embedded in a slab of quartz stone, stripped the sentimental economy of gift exchange down to its fundamental minerals – the new work  loops an allusion to critical theory into an ongoing artistic process, drawing attention to its particular site of distribution and notionally instilling added-value for the theoretical patron, who is pointed to Michel Foucault: ‘I said that the nature of an apparatus is essentially strategic …’

The steel rack of Grey Eminence (2013) supported a set of postcards printed with snapshots of Rodriguez’s in unnamed private collections, giving an impression of what value looks like, off the market. Three depict the dripping monochrome dot Standing O (2009) in proximity to a baby grand piano and an air-conditioning unit, among other objects; and a fourth the re-jigged light fixture from Anus. Elsewhere, atop a low Lucite shelf, a set of multi-pigmented sculptures collectively titled La Collectionneuse (all 2013) actualized the ‘impossible to hold’ object produced by Rohmer’s artist: a tin can studded with razorblades. Updated in the earthier, on-trend substance of ceramics, Rodriguez’s empty vessels are just as cutting, collapsing questions of value into tricks of interpretation. In the film’s corresponding scene, poet and critic Alain Jouffroy reads deeply into the sharp voids: ‘the distance established by elegance, from those who aren’t elegant, is crucial’.

A final piece installed above a desk in the front office, It’s Symptomatic/What Would Edith Say? (2013), was the most visceral in the show. The poster-sized inkjet print of an artist’s tongue, extended, is scribbled over with the diagrams of an acupuncturist, diagnosing liver blood deficiency along with fatigue and depression, perhaps wrought from encounters with capriciously quick-moving arbiters of taste. Here the digital legacy of You Know the Rules ... and its fluid feed of tropes is felt most strongly; the project’s co-conspirator, Nash, runs the prominent blog Contemporary Art Daily, which has been criticized in the pages of Artforum for encouraging particular affinities among emerging international artists. So Rodriguez does not shrink from implicating the actors and other gatekeepers with a stake in contemporary art’s distribution – this reviewer included – in a self-reflexive web of a kind of dematerialized institutional critique. Among the collectible (even likable) outward emblems of professionalized creativity evident in the adherence to shifting aesthetic trends, where does the artist and her awkward objects belong?

If It’s Symptomatic can be said to practice a holistic analysis of the gag reflex, Chinese medicine teaches that the heart opens to the tongue. By admitting a view onto the artist’s most articulate sensory organ, perhaps Rodriguez hints that the way out of stylistic impasse – and the general crisis in value – might have something to do with sincerity.