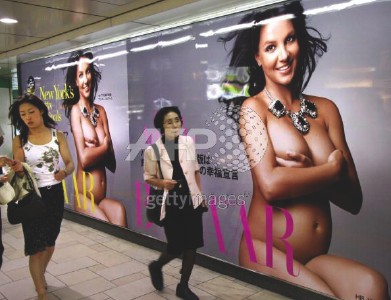 Among the technical terms of the soft-porn industry can be found ‘the handbra technique’. This is the practice of covering your breasts with your hands in the name of public decency. The gesture is inherently anti-illusionistic, an act that defers to social convention and makes no attempt to be passed off as natural: ‘You know that I know that you know this is not how you chill by the pool when there are no cameras around.’ Arguably, the alienation effect could redirect the viewer’s thoughts to the objectification of women – to ideological stakes ranging from porn to public virtue. And yet illusionism returns through the back door, as the technique sparks not only estrangement but also a sense of complicity – precisely that ‘you know that I know’ – which the French call un marché de dupes: a fool’s bargain. The artificial nature of the model’s pose is compensated for by eroticized collusion, an imaginary, mutual understanding of things. ‘We’re both well aware of the situation here.’

I wonder whether the handbra technique, and the possible reactions it elicits, might serve as an allegory of the rhetorical nature of much self-reflexivity in the arts. Although it may highlight a political subtext, it does so quite selectively, and it sparks a slew of false complicities in the process. In other words, it doesn’t point to possibilities of agency, and in the worst-case scenario it merely sexes-up the status quo. Moreover, it has nothing to do with clever intentions, which is quite relevant here. Self-reflexivity is marked by a presupposition of heightened awareness of some kind, be it in the form of narcissistic intellectualism, or supreme ideological perspicacity. But understanding self-reflexivity first and foremost as a quality intentionally put into place and thus intrinsic to works of art or writing, rather than a potential you can unearth as viewer or reader, is simply not very productive.

Self-reflexivity only stands to gain as a category once the private purpose of the person trying to convey it is dispelled from the equation. Just as with any other form of discourse, self-reflexivity will always escape that person’s full grasp and mastery. Consider, for example, the heated epistolary exchange in the January and February issues of Artforum between curators Robert Storr, Francesco Bonami, Okwui Enwezor and Jessica Morgan; their letters revealed far more about personal motivations, intellectual insecurities and professional fantasies than about the biennials they were supposedly debating. This was hardly an example of sexing-up the art world status quo, and there was little chance for the reader to identify with the writers’ overarching positions: the highly personal nature of the exchange precluded any imaginary bonding with the participants. In sum, beyond style or strategy, this example of ‘self-reflexivity’ offered a refreshing glimmer of transparency by virtue of slipping through the respective writers’ grasp.

Among other things, the Artforum exchange was not least concerned with ideas of post-colonialism, in regard to which the rhetorical handbra technique is usually rife. If we bear in mind the formulaic disclaimers in press releases and catalogue essays of art projects involving ‘peripheries’, we can see how wildly insisting on the perils of globalization makes it all the easier to pursue business as usual. For the more adamant you are that your venture is risky, and the more you decorate your curatorial romp with tropes of awareness, the less attention is drawn to what you’re actually doing. Handbra distractions are equally at play when people contextualize themselves by staking out two dramatically opposing points of view, positing their own as the reasonable compromise (Either aesthetics or politics? How about a little bit of both?) or as the synthetic sublimation (Aesthetics AS politics!). Selectively highlighting your context to curry public empathy is indeed a type of self-reflexivity, but if that’s all you’re going for, then you may as well stay home. After all, since reflexivity means ‘reflecting’ ones cultural surroundings, then which practices could possibly be considered ‘non-reflexive’, given that no practice or project can supersede its historical context in the first place? Self-reflexivity is not so much a rhetorical choice as an inevitable confrontation with what governs you anyway, and what you are ‘reflecting’ on an everyday basis. The choice in the matter is whether you just foster flirtatious connivance, or actually get the ball rolling and allow it to go in directions that might escape your control.

My research into the handbra technique developed while I was writing my novel Softcore (2007), which fictionalized a certain cultural freelancer’s everyday surroundings, his professional neuroses, even his family background. Arguably, the fact that nothing in the novel was true, but everything was drawn from my own context, real and/or imagined, made it more volatile and revealing than any sincerely factual account marked by reassuring checks and balances. As it happens, the novel flopped. You can find it in the 3 for 2 bin at Foyles in London. A fool’s bargain. Perhaps you shouldn’t take my word on self-reflexivity. 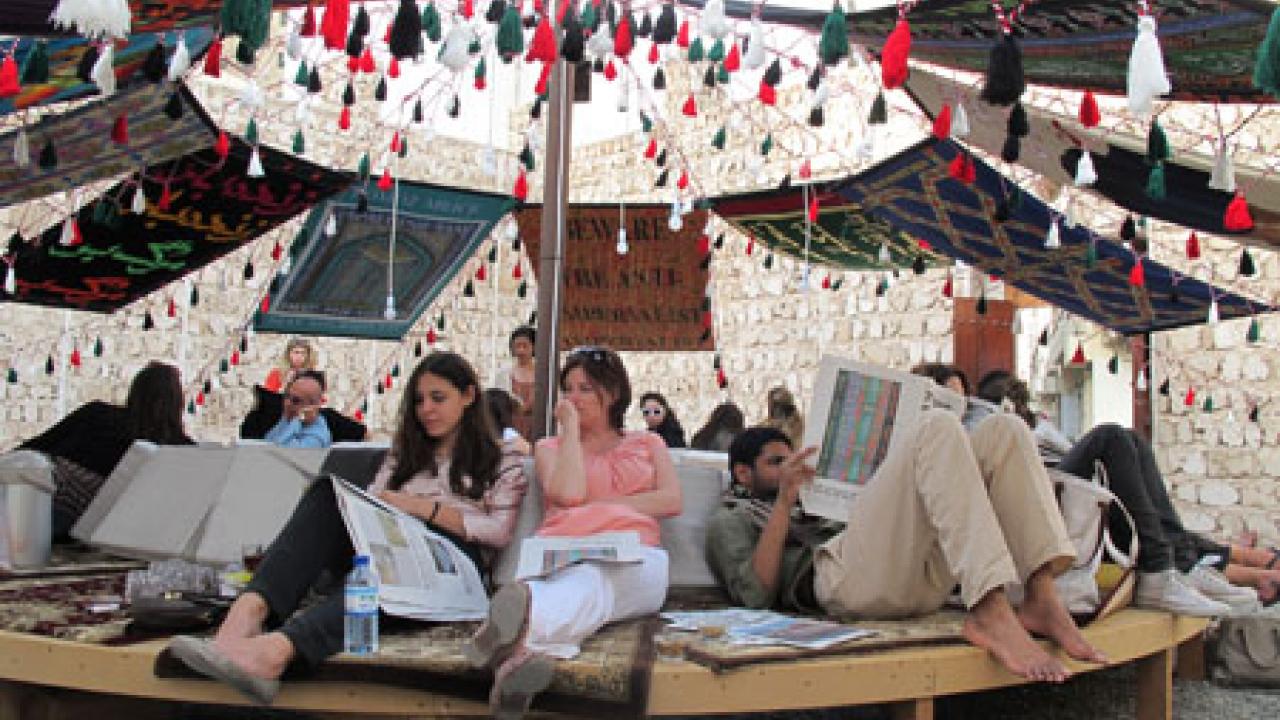 Opinion
From a Distance

How can cultural institutions best respond to political crises? 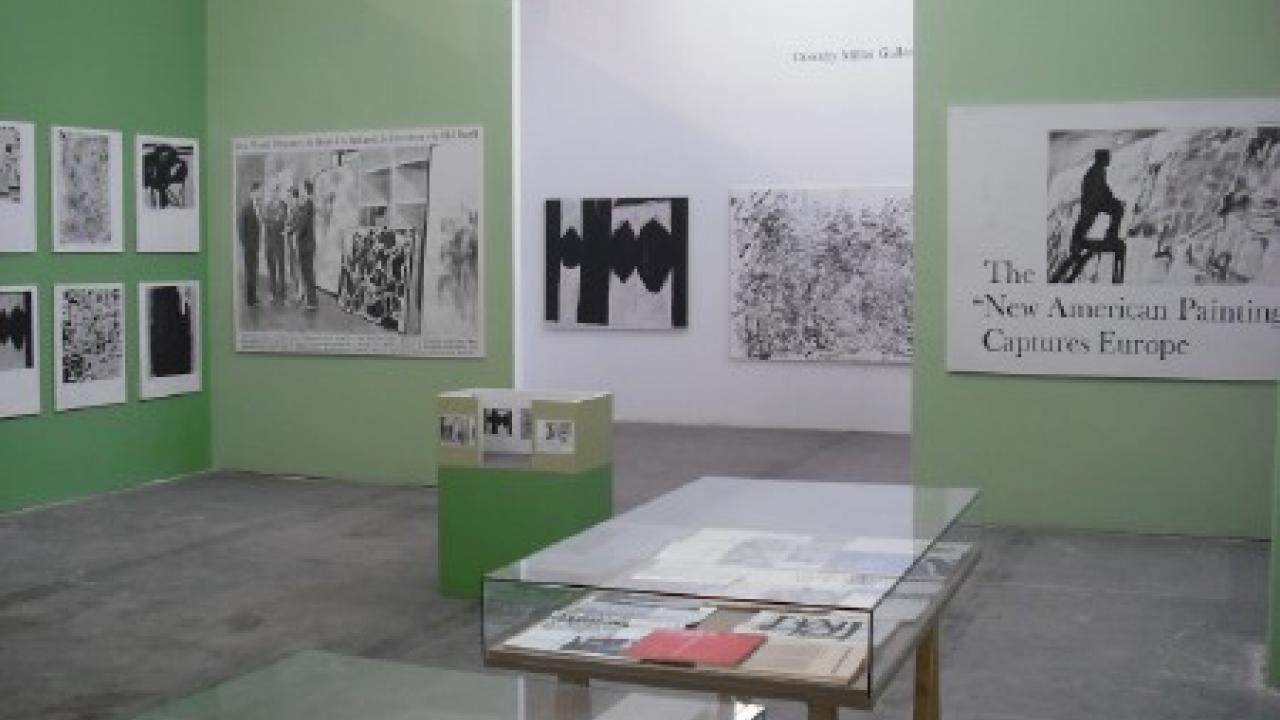 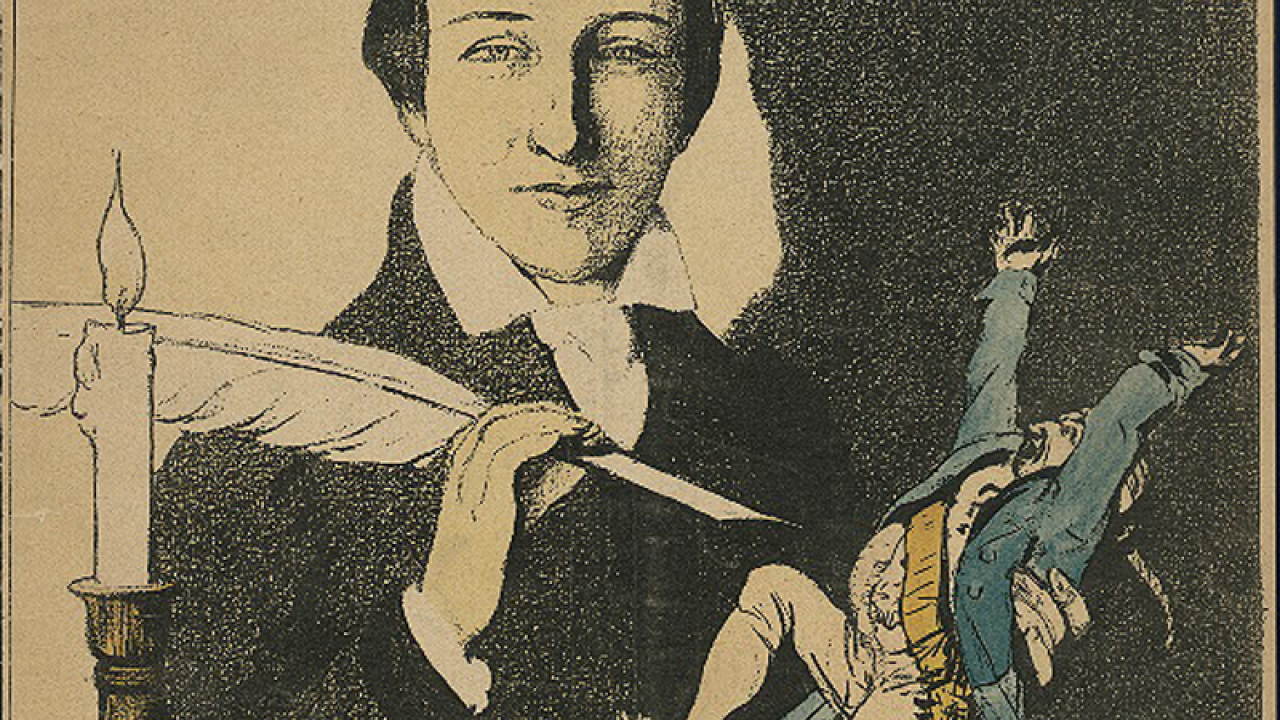 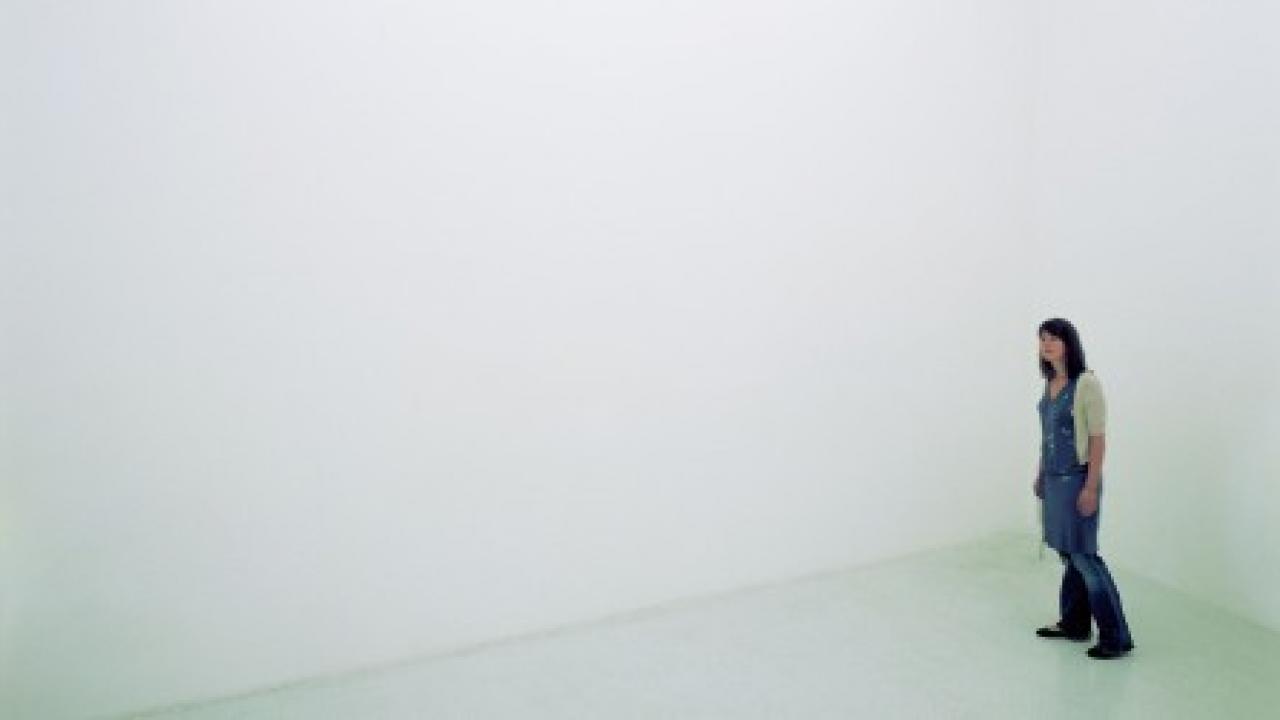 Sometimes no art is better than more art 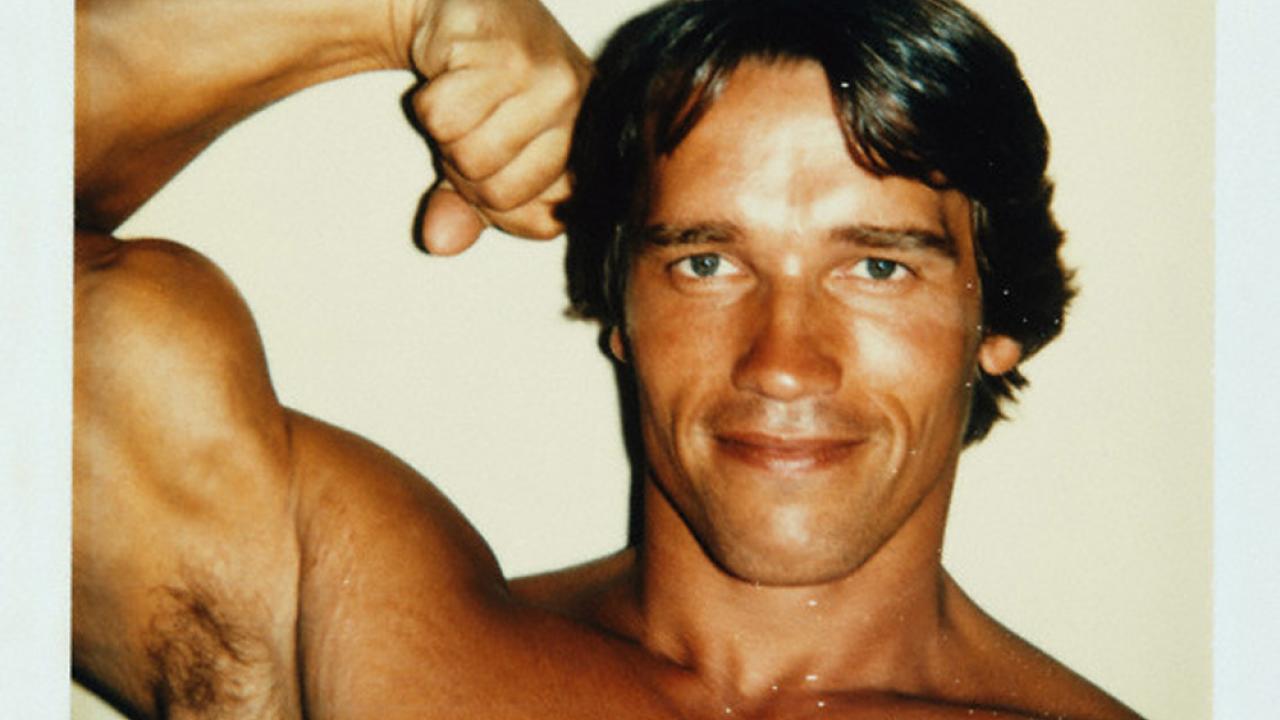 Opinion
Work it Out 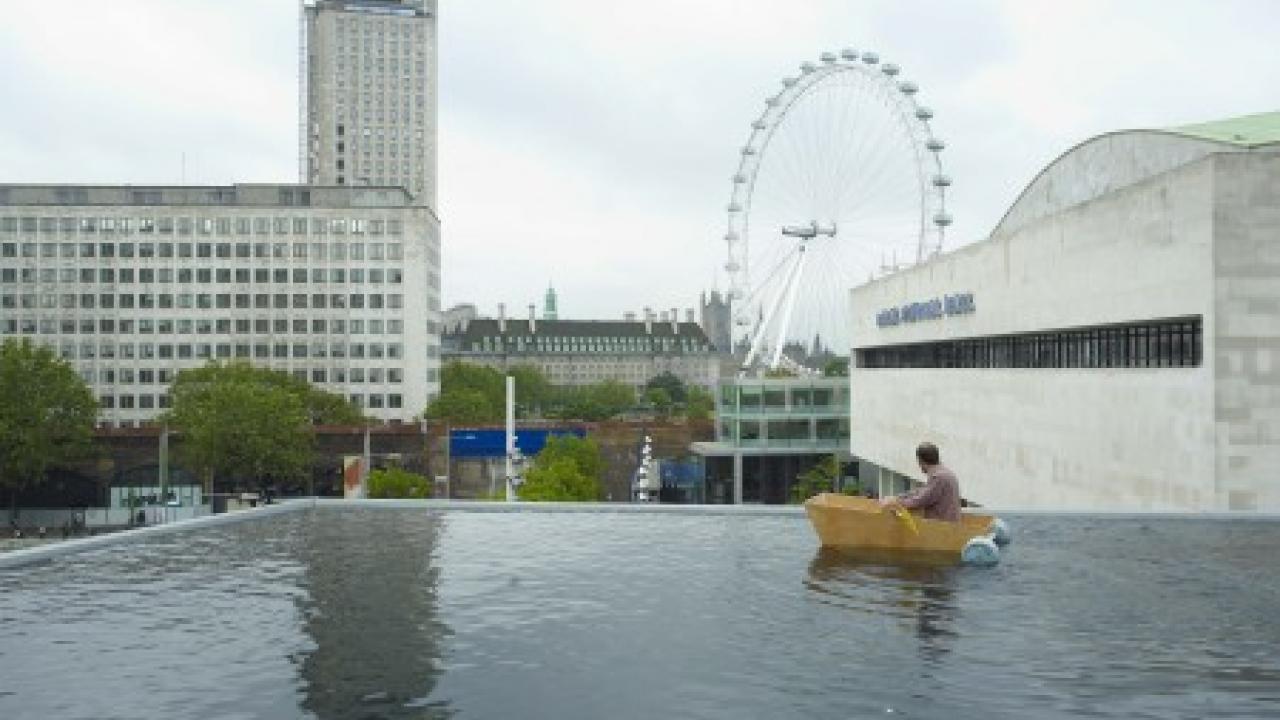 Opinion
What's It All About?

Are there no limits to the art world's expertise?