Danielle Brathwaite-Shirley Demands That You Prove Your Allyship

‘She Keeps Me Damn Alive’ at Arebyte Gallery, London, is a digital game tasking visitors to protect Black trans lives against a monster feeding on marginalized groups

I hold the gun, sinking into the ground beneath my feet as angular figures undulate across a synthesized blue ocean floor before me. I fire two shots, then stop and wait. Shoot ’em ups have never been my thing – I’m more into Super Mario (1985–ongoing) than Grand Theft Auto (1997–ongoing) – so firing a gun feels odd, especially when my potential targets are the spirit-forms of folks who look like me, folks severely under-protected.

Danielle Brathwaite-Shirley’s ‘She Keeps Me Damn Alive’ at Arebyte Gallery, London, is an immersive, point-and-shoot gamified exploration of responsibility, choices and consequences. The pro-Black and pro-trans game tasks visitors with eliminating enemies across three simulated scenes: The Ocean, The Dungeon and The City. Brathwaite-Shirley disrupts the flippant use of arms in gaming by applying heavy consideration to the outcomes of a misfire, repeatedly asking players how powerful or excited they feel to be toting a gun. Meanwhile, the custom-moulded weapon is designed to feel wrong in your grip, its stock end textured like a brain, prodding you to think before you shoot. The pregame, how-to-play guide states outright: ‘We want you to feel very uncomfortable.’ And I do.

The characters’ movements in the game draw on AI deep-motion data transposed from footage of two Black trans artists – Markiscrycrycry and Ebun Sodipo – dancing. The scenes waft forward in waves, warning you when you’re out of your depth in this space. I instinctively slow down and shift to the back-foot, firing no shots. But the game quickly highlights the culpability in stillness, how inaction can make you complicit in injustice. As the dungeon level draws to a close, white supremacy appears characterized as a gluttonous, tentacled monster feeding on marginalized groups: the one time I wanted to shoot something to bits, the game wouldn’t allow it. My failure to act had earned me a seat at the table with this beast.

As the voice-over berates my failed attempt to keep Black trans people safe, I notice static forces surrounding me, flanking the screen on both sides of the room: an installation of onlookers fashioned from black and red cloth, their gazes shocked yet vacant, their balaclavas and bandannas emphasizing the gagged disapproval in their wide-eyes. Four cameras live-stream each participant’s moves to an adjacent gallery as well as to the online gaming platform Twitch. Being watched creates a sense of accountability – and shame.

It becomes clear that the power the gun embodies is the privilege to act without asking. The intentions of onlookers, perpetrators and allies are reflected in the game’s glossary that outlines levels of layered interest, uncovering problematic agendas masked as supportive. Brathwaite-Shirley is responding to a moment in which, despite claims of awareness and allyship spreading across society and online communities, police protectors-turned-killers acting in line with their code of conduct are still being shielded from accountability in the US for murdering unarmed Black people in cold-blood.

So, it’s a rigged game: there’s no way you can win. Barging into a story that isn’t yours and commanding the plot will not end well – the tale isn’t yours to tell. Drop the gun. Ask questions. Listen. Interrogate your motivations and surrender to true empathy, which is found in seeking ongoing education rather than hero status. Accept that you don’t know it all and never will. As we move towards an alleged meta-future, no digital upgrade on society can compensate for a lack of understanding and love. There are no cheat codes.

Danielle Brathwaite-Shirley, ‘SHE KEEPS ME DAMN ALIVE’ is on view at Arebyte Gallery, London, until 05 March 2022. 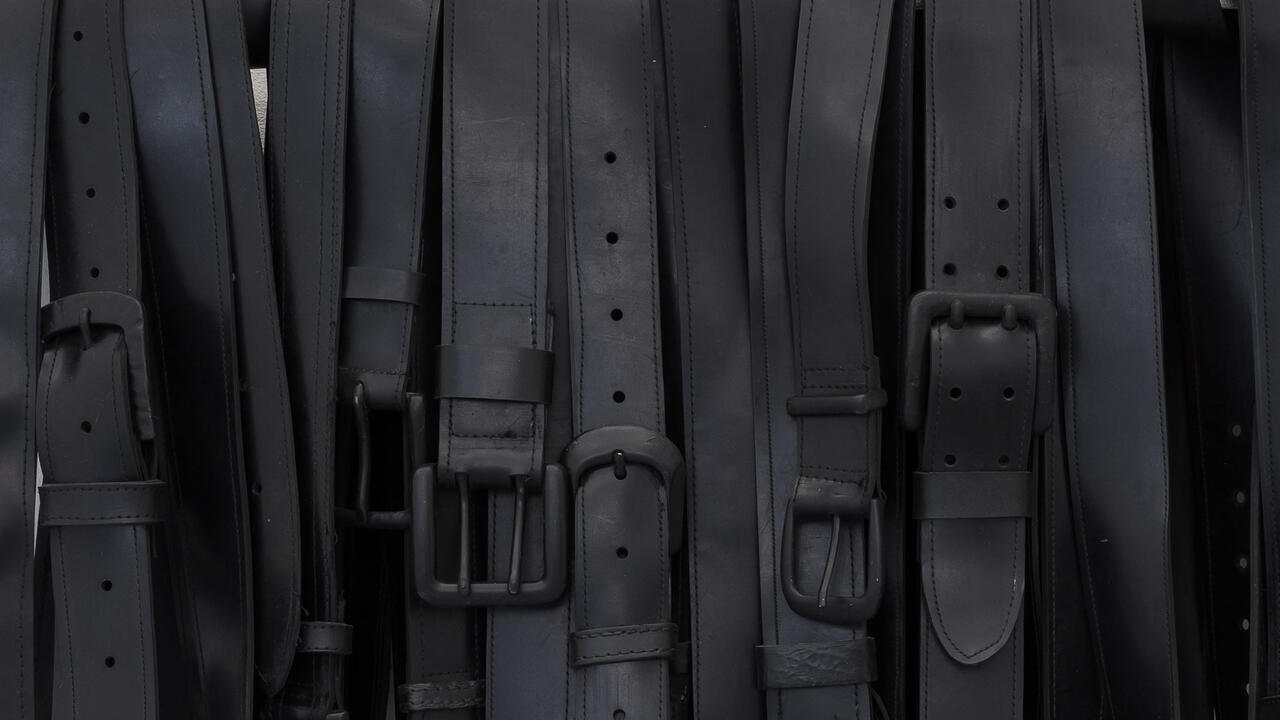 Exhibition Reviews , UK Reviews
‘Not before It Has Forgotten You’ Stares Into the Void