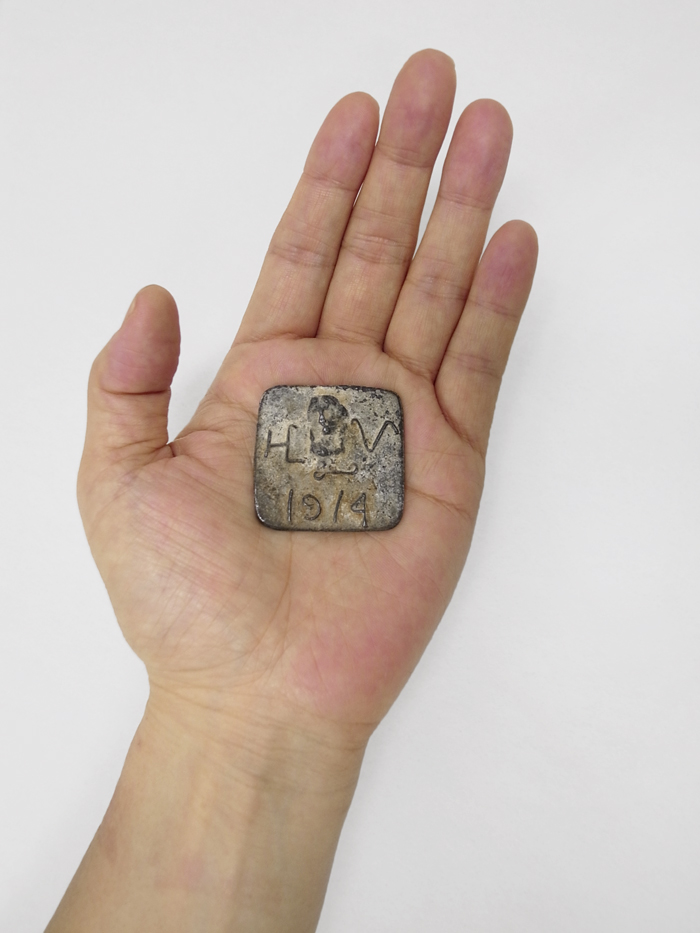 I was invited to a party in Mexico City thrown by a Mexican collector and entrepreneur who had recently bought a sprawling and airy ranch designed by Luis Barragán. The collector lovingly restored the ranch to its original condition at great cost and to the sacrifice of his extensive and much admired collection of contemporary art. Late into the night in that bare-walled home, he called me over to sit beside a crackling log fire and asked me to hold out my hand, into which he placed an old, square piece of metal marked with what appeared to be a lady’s face, or a skull, cast in relief, as well as a date: 1914.

This coin, he began, was created by the slave owners of an hacienda in Mexico when, after the abolition of slavery, cunning landlords began paying their staff with currency that they themselves minted and could only be spent within the hacienda, thus continuing slavery under the guise of capitalism. ‘This makes me think of you’, said the collector, handsome and drunk in the half-light, closing my hand around the coin. The coin began to burn in my hand – or was it the fire, the mezcal, the collector’s searching gaze?

And now in my custody: this coin’s out of currency, but still as potent as poison. Money – what a complicated gift to accept.