David Musgrave’s tricky grisaille works on paper are copies without an original. Folded Stone Plane (all works 2009), for instance, appears to be a facsimile of a rubbing taken from some graffiti-etched stone surface. It’s easy to fantasize a back-story here: a minor 19th-century aristocrat inscribes the initials ‘JB’ on the sandstone stairwell of a crumbling abbey and is followed, a century on, by a teenage punk who carves the date of a conquest, ‘1978’. Thirty-one years later, we might imagine Musgrave adding his own trademark stick figure with planet-sized head, before pressing a piece of paper to the surface and rubbing it with charcoal. Maybe the folly here is over-interpretation, but Musgrave seems to court hyperbole: previous reviewers have excavated references to J.K. Huysmans, Star Trek and Kabbalah (I’ll add my penny’s worth later). But, before I get carried away, it is worth noting that Musgrave’s works are not really ‘about’ anything beyond their own iconographic playfulness, the mysterious process of deciphering an image and the limits of abstraction and figuration. These works are as coy as mice: they drop hints for viewers (and reviewers) before bolting back to the mute, safe world of the picture plane.

The five works shown at greengrassi consist of variations on Musgrave’s totemic stick figures. Four of these are drawings rendered in a mode somewhere between the delicate intimacy of their graphite markings and the removed precision lent by their brushed-metal frames. Scored Plane, for example, depicts a sheet of card that has been sliced with a scalpel to create a rough, sad-looking figure – reminiscent of Tim Burton’s forsaken cartoon cosmology – with a giant bulbous head and ‘X’s for eyes. (Musgrave has drawn the edges of the card so as to look very slightly battered, as if it’s been carried around for a while.) Three works (including Folded Stone Plane) appear to be based on graphite rubbings, which were once stored folded up, their creases rendered faithfully in each of these final meta-drawings. Folded Plane No. 1 and No. 2 bear the impression of string, arranged like a noose, pressed onto the bulb-headed alien figures. Yet this imagined process is a double bluff: I was told that Musgrave actually improvises these works from scratch, often exploring the paper with no clear end-design in mind. The virtuosity is startling – I think of Graham Little’s colourful ingénues or Ed Ruscha’s gunpowder curlicues.

The fifth work, Tape Golem in a Landscape, is a wall piece composed of aluminium leaves painted to look like cardboard, joined together with delicate Meccano-like steel bolts and attached to the wall with screws. It’s the only work to risk the jump into three dimensions, though it also dallies with illusionism: its surface is marked with trompe l’oeil shadings, as if it needs a helping hand to commune with the brute physical world. It has something of the voodoo of anthropomorphic forms about it, where the rawest doodles jump off the page and become golems or sprites.

But Musgrave’s anthropomorphism is always ready to dissolve back into abstract scrappiness. In a lecture on Albrecht Dürer, art historian Aby Warburg once theorized a hidden life of images, a pathosformel (pathos of forms), a congruence of styles that drift like invisible spores to fertilize and animate visual cultures across spaces and ages. It seems that our poor primitive brains make these doodles into objects of pathos, with or without figuration.

I once read an ancient and outlandishly un-PC book on wildlife that compared Britain’s mottled birdlife to the subtle beauty of its women, judging them superior to the gaudy hues of French fowl (and womenfolk) – a bit of sexist hermeneutical babble that still makes me chuckle. But the author had, I think, a serious point about the charm of the subdued aesthetic. I worry that, once reproduced, Musgrave’s work will look drab, its subtleties flattened and bleached; in the gallery, you can stick your face into Scored Plane and see the faux-dog-eared edges for what they are. But perhaps I shouldn’t worry: we can all jump beyond the image with a bit of imaginative pathos. 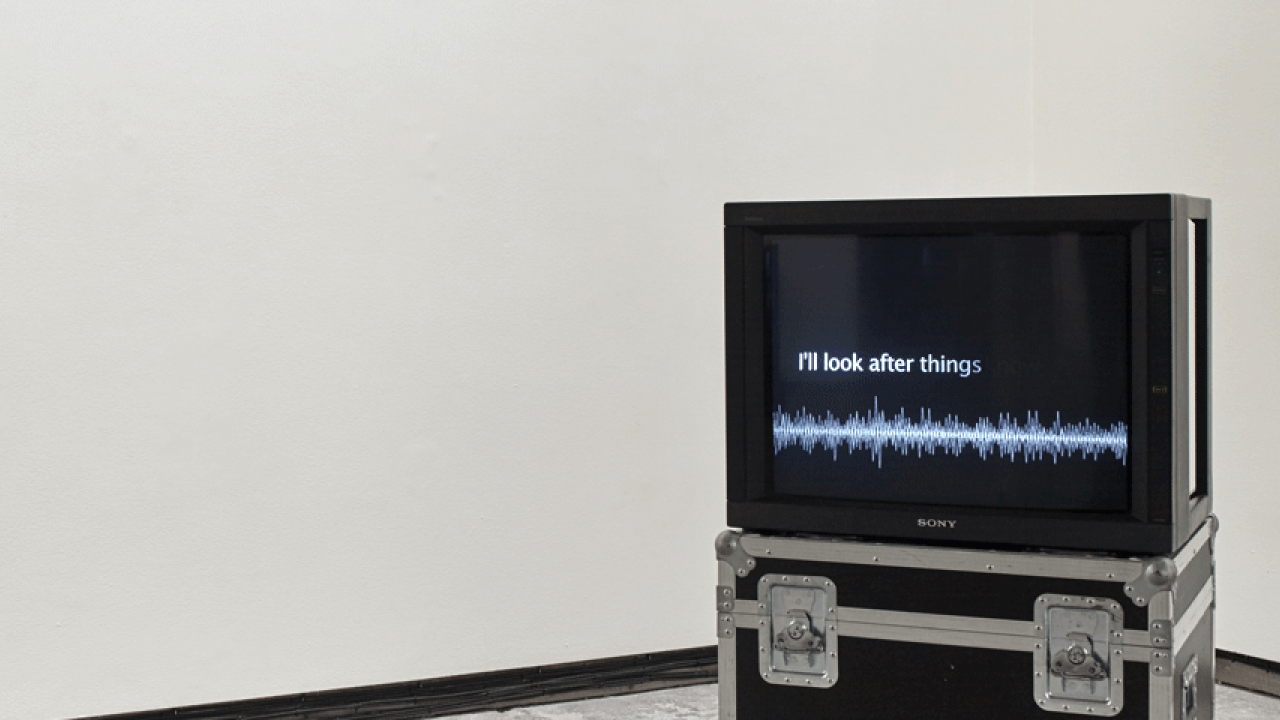 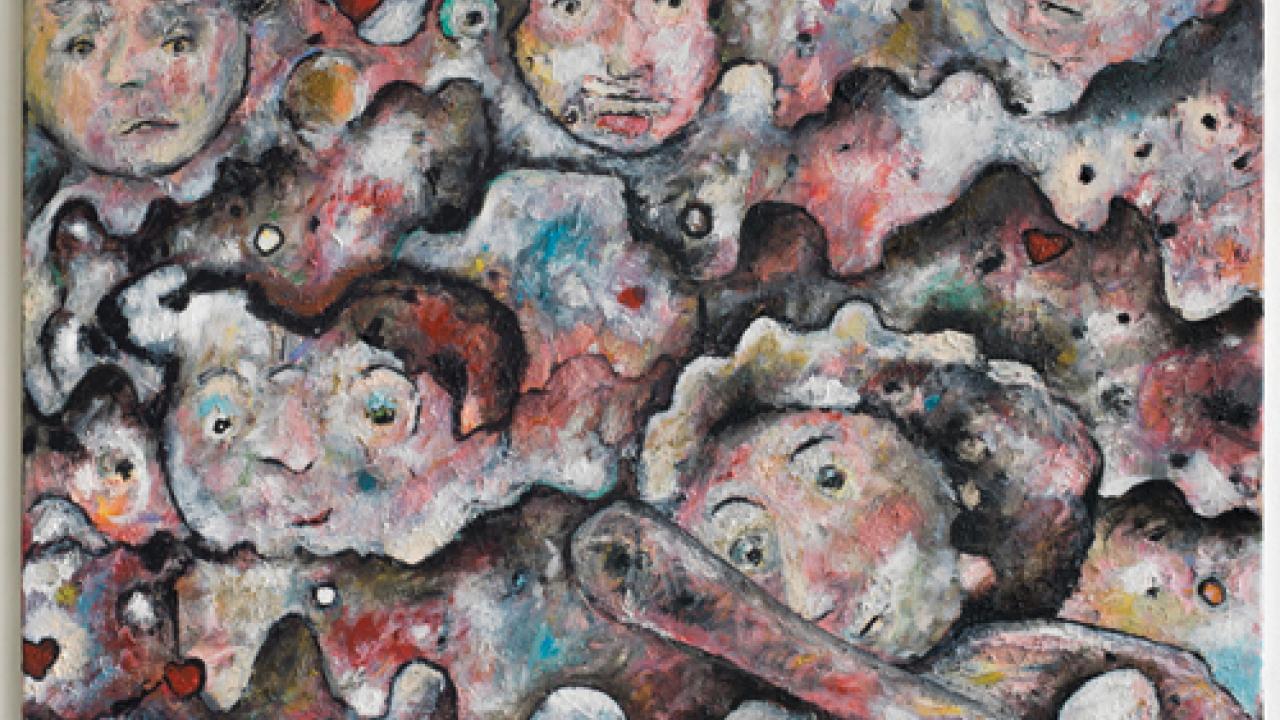 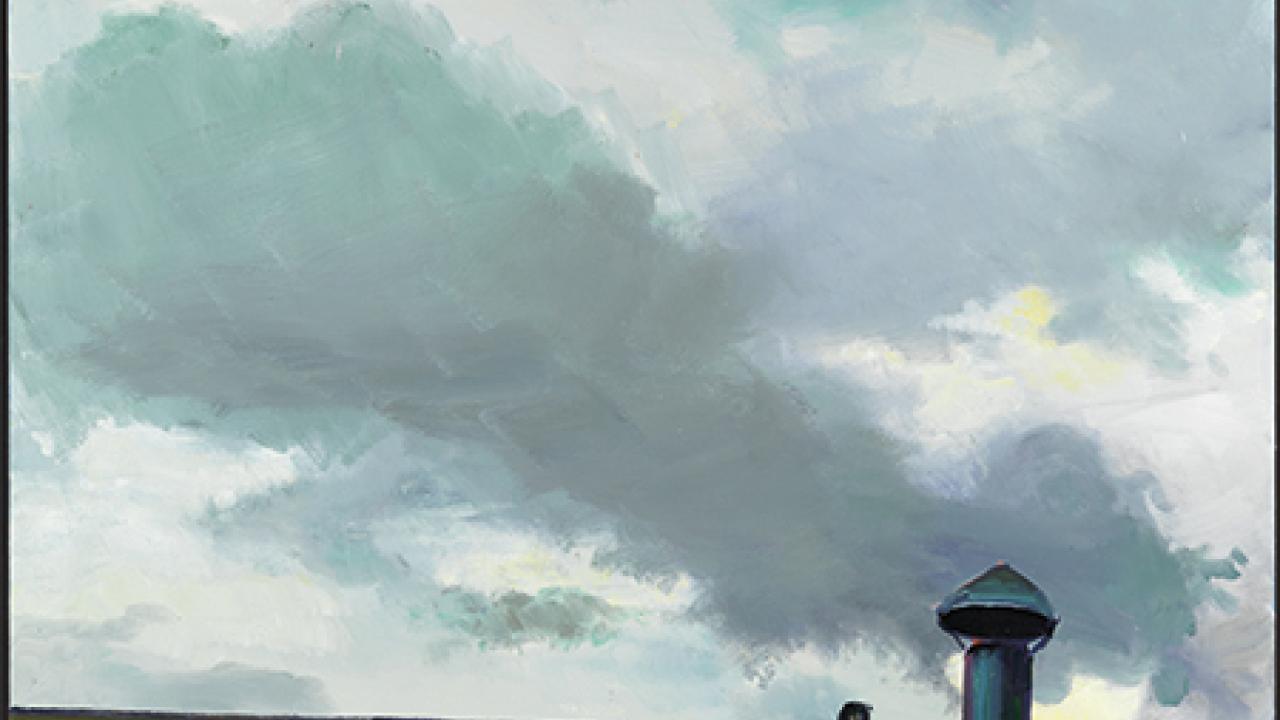 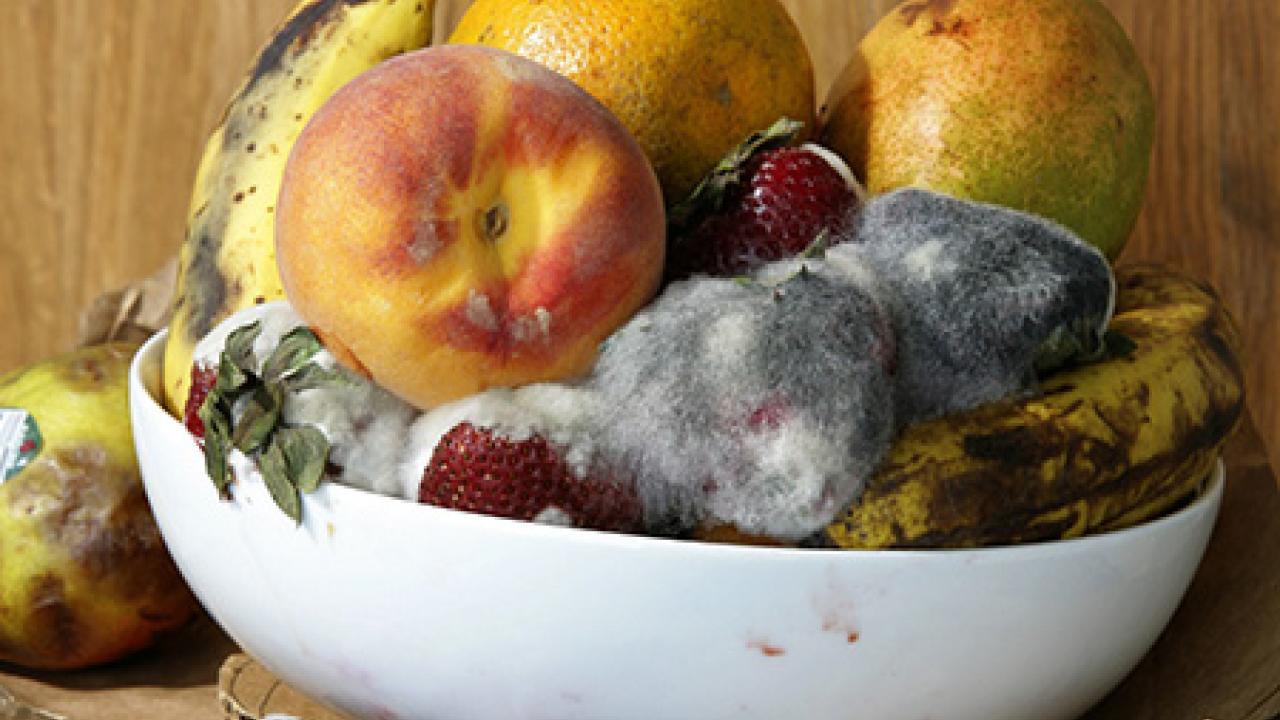 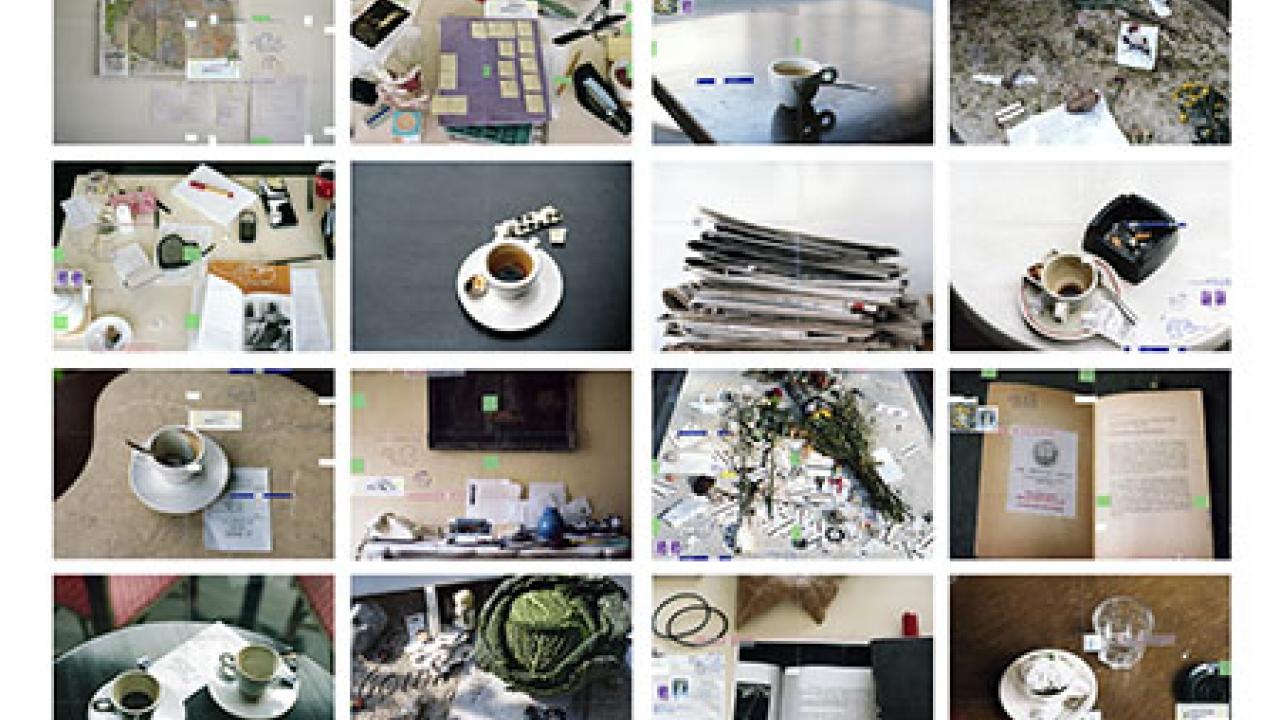 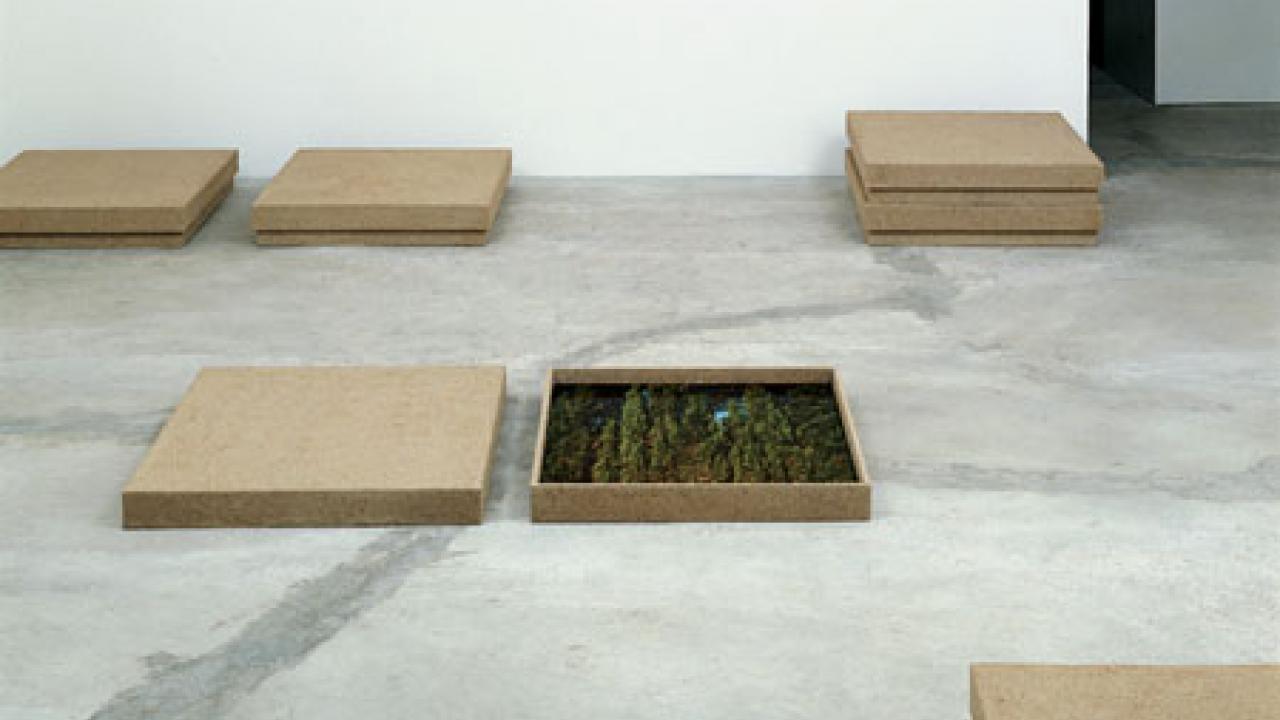 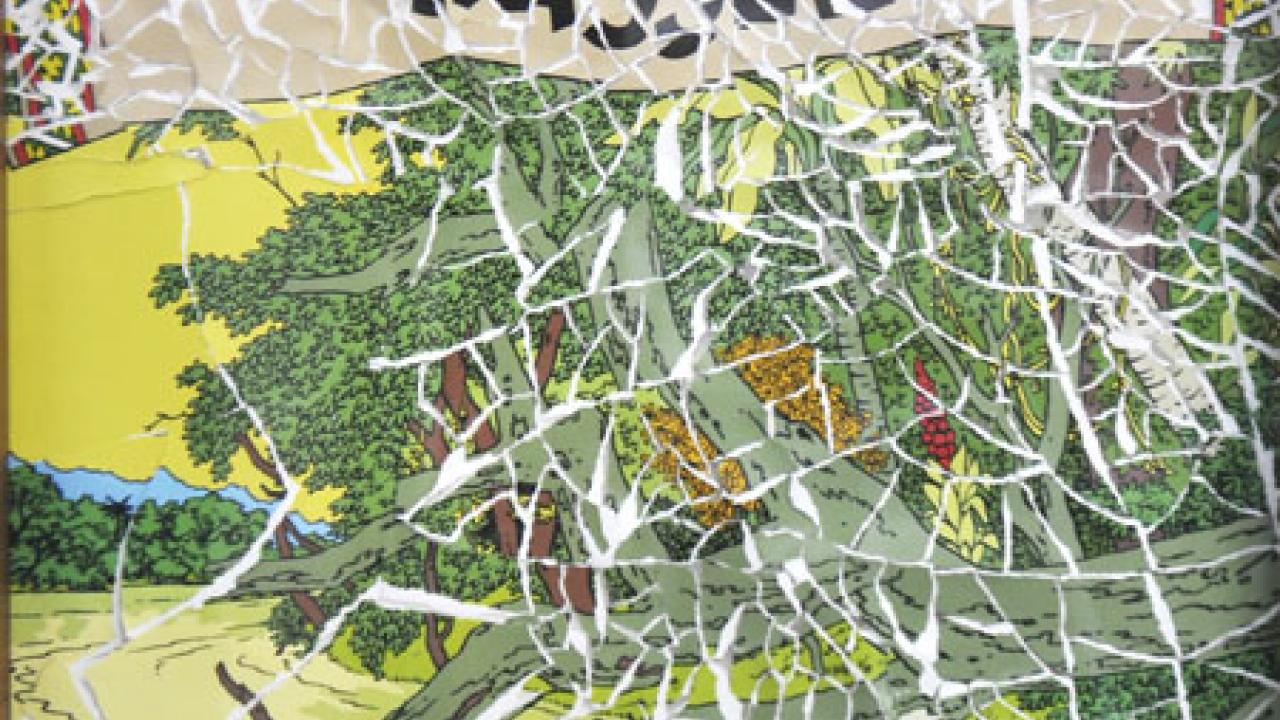 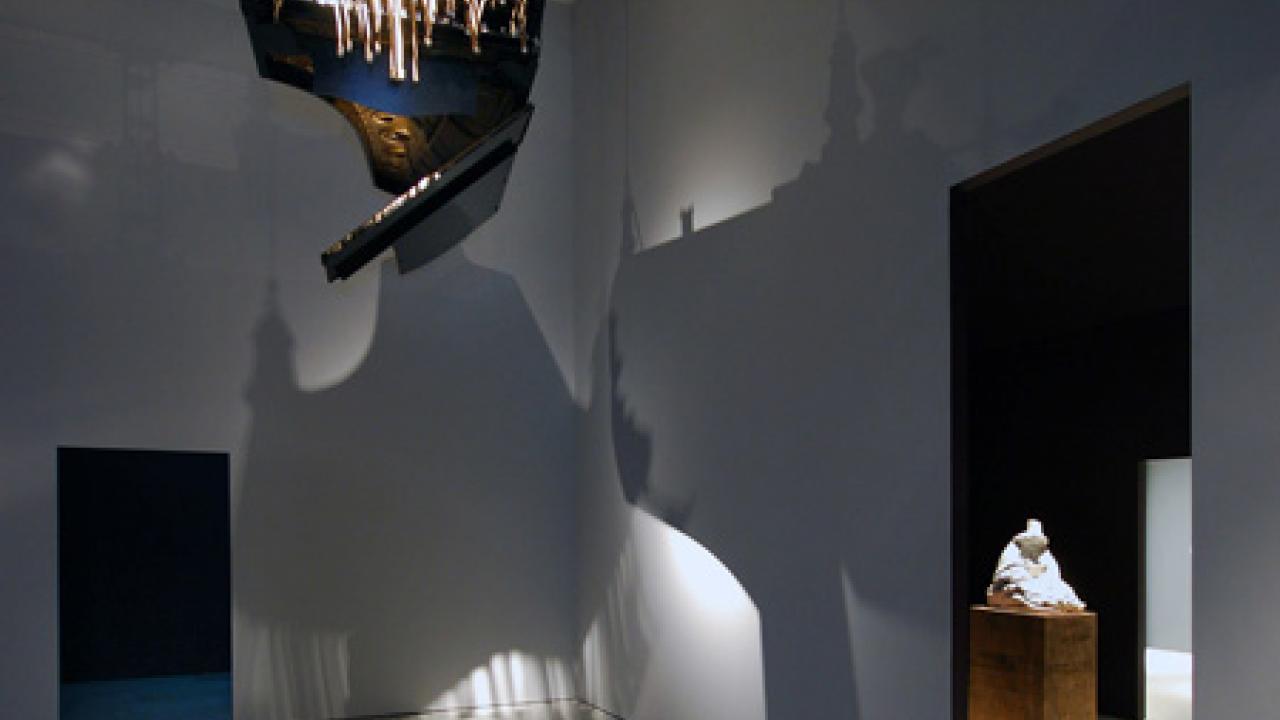