Don't Fence Me In

Andrea Zittel’s projects include the best way to cook eggs, design clothes or build a ranch; an approach to art that evolves from the demands of everyday living 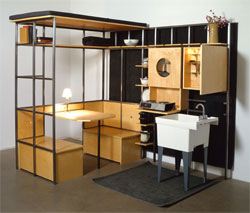