Exodus to the Virtual World / Digital Culture, Play, and Identity 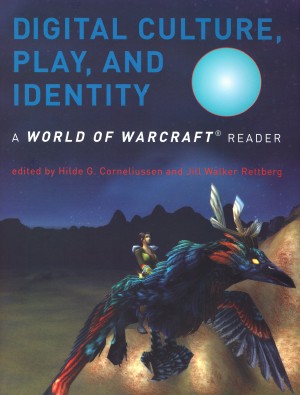 Do virtual worlds reflect the real world, or does the real world reflect the virtual one? This was a favourite question of Philip K. Dick, whose illusory novels constantly challenged the reader’s situational expectations, and it is a question that is rapidly forcing its way into the real world. It is at the heart of two new books on online gaming: Edward Castronova’s Exodus to the Virtual World: How Online Fun Is Changing Reality and the collection of essays Digital Culture, Play, and Identity: A World of Warcraft® Reader.

Castronova believes that the fun had in virtual worlds will end up changing the real world. Virtual worlds, such as those created in ‘massively multiplayer online role-playing games’ (MMORPGs), for example World of Warcraft and Everquest, have been designed for the maximum entertainment value. Why, asks Castronova, can’t these same designs be used in the real world? Given that these games are played by around 30 million players whose average age is 33 (a figure that goes up by one every year), Castronova wants us to stop thinking of them as toys, as well as bad influences. He writes that ‘violence is only the tip of the iceberg of social effects’ that games can produce. With human-to-human interaction within these games comparable to that in the real world, Castronova wants us to start using them as policy laboratories.

Take, for example, employment. In virtual worlds players control their own economic lives. They work with others and build teams voluntarily in order to gain new powers and enter new lands. Castronova suggests that this could encourage workers in the real world to step beyond their isolation and start collaborating in a happier, more collegial fashion.

The authors of Digital Culture … prefer to focus solely on World of Warcraft (WoW), the world’s most popular MMORPG. Within it they see not so much a world of fun and fantasy as one subsumed within corporate ideology, sexist ideals and colonialist rhetoric. To them WoW offers its players ‘a capitalist fairytale in which anyone who works hard enough can rise through society’s ranks and acquire great wealth’. One of the first quests whereby a character can earn money in WoW involves clubbing lazy Orcs into working. Even combat is suffused with market forces, being ‘a form of production, through which the avatar generates experience, currency and reputation’. ‘Fun’ has just become another term for ‘work’.

What’s more, female characters are shown as being bizarrely sexualized, and the ethno-cultural schema follows traditional lines, with Trolls and Orcs resembling black Africans, Night Elves resembling Asians and humans, of course, being white and Western. If we are to take lessons from the digital world, as Castronova proposes, the authors of Digital Culture … suggest that we will just be getting the same old world reflected back at us.