I’ve been asked more than once by visiting friends and colleagues whether the Pinacoteca de São Paulo has a contemporary art collection. The answer is yes – an excellent one. For the past few years, however, although the contemporary collection has been silently growing, thanks to a group of patrons who convene annually to approve acquisitions, the works have been mostly kept in storage. Since 2018, the museum has been grappling with bureaucratic and funding issues as it attempts to open a new building, originally intended to house these more recent additions. Three years on, rather than wait for the launch of its new venue, the permanent collection in the Pinacoteca’s main building in Luz has now been rehung to showcase 18th-century academic portraiture and modernist masters alongside contemporary works.

Acknowledging – and, more recently, confronting – the tangible and intangible walls separating what is inside the museum from who lives outside its gates is one of the Pinacoteca’s primary concerns and, undoubtedly, German curator Jochen Volz’s most significant challenge since he was appointed director in 2017. In the first years of Volz’s tenure, the public encountered a balance between robust monographic presentations of local artists and exhibitions and public programming that started to more directly address the institution’s historical blind spots – namely, its colonial inheritance and elitist origins. ‘Radical Women: Latin American Art from 1960–85’, for instance, was a comprehensive and long-overdue historical survey on the contribution of Latin American women to contemporary art, curated by Cecilia Fajardo-Hill and Andrea Giunta in 2018. Rather than adopting the format of a typical blockbuster, the show was impressive for being scholarly and multi-layered, with straightforward critical and feminist thinking made visible through the pairing of almost 300 works that were not – as is so often the case – flattened under a regional rubric or dominant narrative.

Yet, despite such advances, the museum’s permanent collection was still hung in traditional, chronological order in an air-conditioned wing, as if these historical works – and even history itself – were entirely detached from the more progressive approach taken with the temporary exhibitions. In the same year that the ‘Radical Women’ show was held, the museum’s curatorial and educational teams organized a seminar and multiple internal discussions around rereading the collection’s historical images through a contemporary lens and responding to the growing public demand for access and accountability. Following this substantial process of self-examination, the Pinacoteca’s collection and acquisition policies were completely overhauled, leading to a rise in the number of works by both women artists (from 17 to 95) and Afro-Brazilian artists (from 7 to 26).

In 2019, the museum acquired its very first works by artists of Indigenous descent, including a painting by Makuxi artist Jaider Esbell and a group of works by Denilson Baniwa from the Amazonian Baniwas. This paved the way for the exhibition ‘Véxoa: We Know’: a remarkable presentation of works by 23 artists and collectives of Indigenous origin, which opened last October in tandem with the collection rehang. The show was not only the museum’s first to feature art from Indigenous artists but also the first to be organized by an Indigenous curator, Naine Terena.

After visiting ‘Véxoa: We Know’, then strolling through the 19 rooms that house the museum’s permanent collection – which features more than 1,000 works by generations of Brazilian artists in open-ended thematic axes – I felt an overwhelming sense of optimism, despite the unfortunate state of affairs into which the country has been led by the current far-right government. The curatorial themes of the rehang range from the transformative potential of art to social agency to representations of the body and the environment. Moreover, many of the pairings make explicit the museum curators’ progressive agenda. The works grouped under the rubric ‘An Imagined Country’, for instance, are accompanied by a wall text that states: ‘When art is summoned to create images of historical facts, such representations are elaborated considering what must be remembered, not what actually happens.’ Reading this reminded me of a visit I made to the museum as a schoolchild in the early 1990s, when my teacher showed us paintings glorifying the ‘discoverers of Brazil’. Kids visiting the Pinacoteca today will see similar images hung alongside pointedly contemporary works, such as Sidney do Amaral’s mixed-media composition Incômodo (Nuisance, 2014), in which the artist exposes the violent scaffolding of our society by retelling history from a Black perspective, and Anna Bella Geiger’s famous postcards Native Brazil/Alien Brazil (1976/77), which question the exoticized representations of the Indigenous population in the face of their ongoing massacre

Some of the collection’s greatest paintings – including Almeida Junior’s Caipira Picando Fumo (Peasant Cutting Tobacco, 1893), Lasar Segall’s Bananal (Banana Grove, 1927) and Candido Portinari’s Mestiço (Mixed Race, 1934), in which a shirtless young farmhand, directly meeting our gaze, challenges us to acknowledge that his skin tone was, and remains, that of Brazil’s manual labourers – are exhibited alongside Jonathas de Andrade’s more recent photographs of bare-chested men in Museum of Northeast Man (2013) and Paulo Nazareth’s striking self-portrait series ‘To Cover the Sun from Your Eyes’ (2010). These encounters point toward the ambivalent, sexual objectification of the dark-skinned body and the longstanding fallacy that Brazil is a racial democracy. Critical discourses will likely emerge from some of these delightful visual overlaps, as when the stylized Black man engulfed by the massive banana leaves in Segall’s painting hangs next to a self-confident Paulo Nazareth wearing a headpiece made out of the same plant.

Other rooms consider the relationship between body and landscape in readings that, while more fluid and less overtly political, prompt reactions no less powerful. Displayed on a long plinth that cuts through a room titled ‘Earth as Memory’ are one of Lygia Clark’s Trepantes (Trepanation, 1965), a bronze by Liuba Wolf (Untitled, 1965), a wood and textile work by Sonia Gomes (Raíz [Root], 2018) and Jose Bezerra’s three stunning wood cut-outs (Untitled, 2008), could be read as an outstanding non-hierarchical display of Brazilian sculpture. Even though I was mostly dazzled by the museum’s radical rehang, some key works deserved better placement. One of Fernanda Gomes’s matt-white sculptural pieces (Untitled, 2011), for instance, finds itself swamped by numerous concrete and nonconcrete works from the 1950s and ’60s that, while individually remarkable, somehow lose their spark when placed too close to each other.

Overall, however, the Pinacoteca’s new hang succeeds in problematizing the art-historical cannon. With this widely welcomed move, both by the artistic community and the press, the curatorial team has inscribed itself in a growing group of international museum directors and curators engaged in decolonizing the ways in which collections are built and displayed – and, above all, of undoing the convenient image of museums as neutral custodians of ‘universal heritage’. As Esbell said, standing in front of the museum’s main entrance during the activation of Morî’ erenkato eseru’  [Songs for Life, 2021], a performance for ‘Véxoa: We Know’: ‘Indigenous people no longer want to come in through the side entrances of museums and art institutions, but to enter through the main door.’ Let’s hope those doors remain wide open from now on. 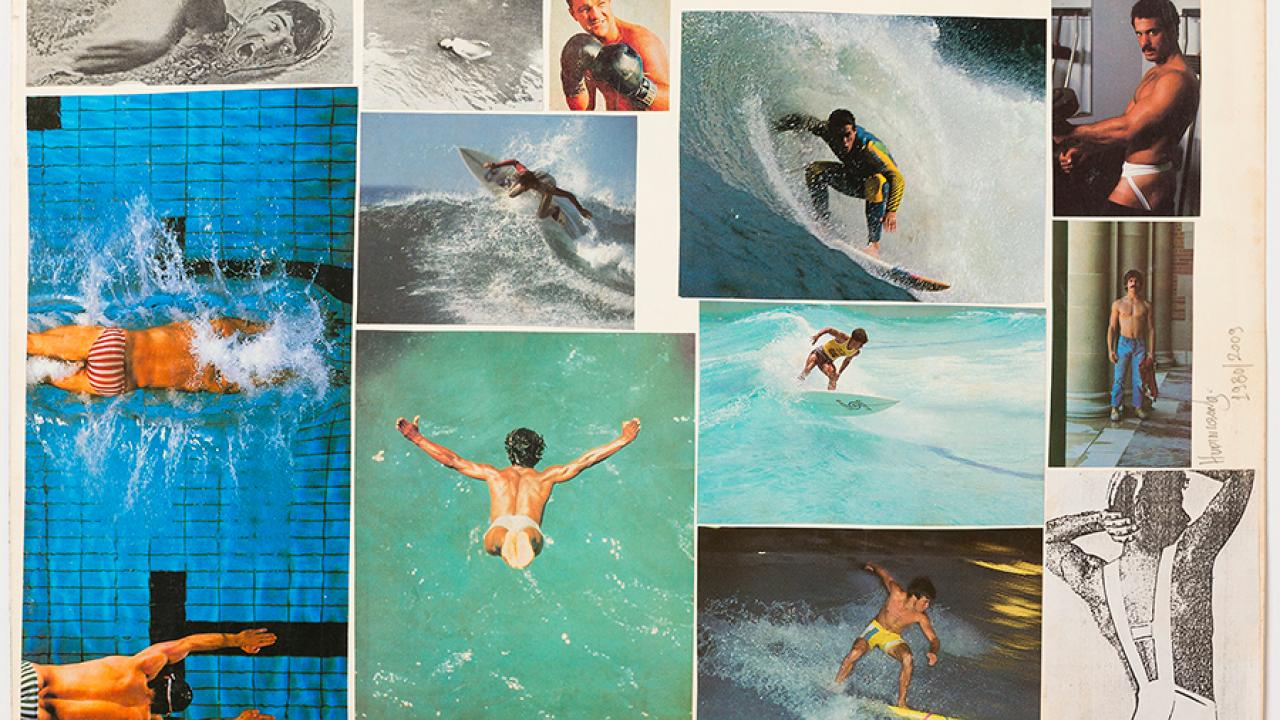