The myth of the ‘Great American Novel’ 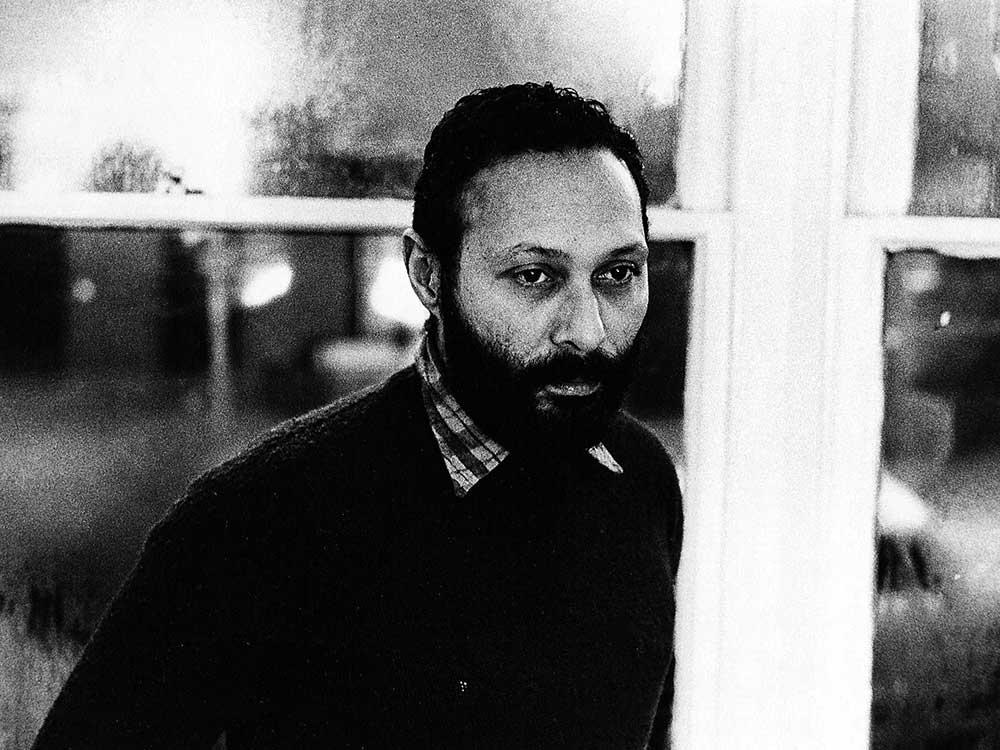 The inevitability of death doesn’t make death less surprising, but rebukes the living for their gullibility. ‘He can’t be dead,’ I thought about Stuart Hall, who died in February. Sigmund Freud wrote that nothing dies in the unconscious. And dead friends speak in dreams as they did in life. Humans are creatures constructed by time. Some individuals shift concepts and perceptions, re-making time-bound ideas. Death ended Hall’s life, but like resonant endings in novels, it will bequeath other endings: the future holds new books about Stuart Hall, lectures and conversations.

Conversation can be paradoxical and contradictory. Some can’t find words. Writers notably complain, ‘Words fail me’ – especially in con­sid­eration of the grim reaper. But, I muse: words make us, how can they fail us? There is an abundant misuse of language; then wrong meanings enter the language – for example, ‘impact’ as a verb. ‘Between you and I’ is the worst grammatical error around. When I hear it, I hold my tongue, mostly. Yet I’d want to know if I made a mistake, just as I’d want to know if a bit of lettuce was stuck to my cheek. Mentioned with feeling, of course.

David Hofstra, a bass player and my partner, once explained why a musician’s movements were weird, awkward. ‘He’s trying to feel the music,’ David said. The world of writing divides, from my POV, between those who feel it and those who don’t. ‘I feel you’ is a blessed idiom.

Many writers and readers are tone deaf; and cultural discussions can be airless and flat. In the us, most book reviews don’t ponder how a story has been written, or its reason for being. Instead, entire plots get recounted, so most reviews read like school term reports.

Here, supposed ‘hot topics’ are: Is being difficult a bad thing (the self-named ‘challenging’ writer as brat)? Can a woman write the Great American Novel? Is the GAN dead? (Yes, there is an acronym.)

The discussion of the GAN is significant only because it reflects the contemporary American condition: questions about it refer to loss of empire, not literature. When Britain lost its empire, its sense of humour finally came to its aid. British self-deprecation and irony seem built into the nation’s psyche. ok, I was raised an Anglophile, a religion whose god is subtlety and wit. ‘Taking the piss out’ is surgery by British cleverness. (Some of their ‘best’ novelists choke on their own vomit, or cleverness.)

Here in the us, the best political journalists are comedians, and the literary buzz comes DOA. So I come not to praise the Great American Novel but to bury it: the GAN was a war novel, conceived in war, a cultural byproduct of America’s new role as a dominant world power. The GAN shared cultural importance with abstract expressionism, both appearing toward the end of the war, partaking in the force of America’s newfound prosperity, might, mission – to lead the Free World. (See Serge Guilbaut’s 1985 book How New York Stole the Idea of Modern Art.)

The GAN was written by men who fought in World War II: James Jones (From Here to Eternity, 1951), Norman Mailer (The Naked and the Dead, 1948), Saul Bellow (Dangling Man, 1944). It was gen­dered, which was constitutive of the genre; this means a woman could write it, but then it wouldn’t be the GAN. Here’s Mailer: ‘I can only say that the sniffs I get from the ink of the women are always fey, old-hat, Quaintsy Goysy, tiny, too dykily psychotic, crippled, creepish, fashionable, frigid, outer-Baroque, maquille in mannequin’s whimsy, or else bright and stillborn ... A good novelist can do without everything but the remnant of his balls.’ The odd thing is that such idiotic ideas mutated into notions like ‘muscular style’.

The Allies won the war, but the men who fought it were devastated, manned and unmanned both. That trauma underlies the GAN. One of many unconscious reasons for the resentment of women manifested in it might be that women didn’t fight at the front, but birthed the men who did. (See Dorothy Parker’s 1943 short story ‘The Lovely Leave’ which trenchantly comments on the sullen divide between soldier-husband and stay-at-home wife.)

Simply put, the GAN is a dated artifact: it is actually a time stamp. As the 21st century returns us to the end of the 19th, with empires up for grabs once again, and the 20th century seems not to have happened, nostalgia wafts here for those good old days when America was top dog. But that version of America, its innocence and moral calling, is a historical fiction or ideal, depending upon one’s POV, similar to dated concepts such as American exceptionalism, Manifest Destiny, the frontier thesis and the American abroad.

‘Can a woman ...?’ and ‘Is it dead?’ are dumb rhetorical questions. The GAN occupied its time and had its place. What Hall taught us is that culture is also political, ideology inherent in the art and writing people create. To moan about the ‘loss’ of the GAN is to cry over spilt milk, and a fictional past. Who has the time?