Five Shows to See in the UK Now

Giovanelli’s project isn’t to convey a moral lesson or a neat narrative; instead, she invites what the exhibition’s accompanying text calls a ‘slowed-down process of looking’ at the tension between the source material’s ephemeral origins and how paint manipulates content. Her earlier work – such as Host (2020), which distinctly recalls a segment from Fra Angelico’s The Mocking of Christ (1440–41) – strived to render close detail, but ‘As If, Almost’ is stronger in its ambiguity and more enigmatic in its subtlety. – Ella Slater

In Lou Lou Sainsbury’s descending notes (2022) – the centrepiece of her solo exhibition, ‘Earth Is a Deadname’, at London’s Gasworks – one of the performers tells the audience that ‘the words don’t form don’t stop forming’. This dissonant approach to language characterizes both the film and The Law of Desire Is Fascist (2022), a poem written by Sainsbury and artist Kari Leigh Rosenfeld, and recorded by queer poet Jo Mariner as a sound work. The word ‘form’ is crucial: this work is, at least partly, about how words form us, as trans people whose identities were formed largely by the categorizations of the 20th century medical establishment, but mainly about the aesthetic, social and political possibilities that come with rejecting the forms imposed by outsiders and creating our own. – Juliet Jacques

Ishiuchi Miyako’s first solo exhibition in Scotland brings together works from three photographic series – ‘Mother’s’ (2000–05), ‘ひろしま/Hiroshima’ (2007–15) and ‘Frida’ (2012) – each of which depicts the belongings of those who are no longer with us: her mother, victims of the 1945 Hiroshima nuclear attack and the artist Frida Kahlo. Through her close observations, Miyako reveals that the mundane objects we leave behind bear traces of us once we are gone. ​​​​​​​– Lisette May Monroe

In a time when it has become fashionable to revisit forgotten people from historical art scenes, a figure such as Elsa Baroness von Freytag-Loringhoven poses a complex question to curators, historians and contemporary artists. How to remember and respond to someone who was influential within an important movement, but was marginalized or treated solely as a muse and, for whatever reason, did not produce enough work for a retrospective? – Juliet Jacques

Joseph Wilson’s ‘Fragments Between Us’ centres on the visceral evocation of a particular moment in modern British history. There are the wooden benches, familiar from so many primary schools, from which to view the film IL-Widna (2020), and a blackboard with the Prayer of Saint Francis scrawled on it, the text from which Margaret Thatcher quoted when she first arrived in Downing Street as the new British Prime Minister in May 1979. – Sam Moore

Main image: Lou Lou Sainsbury, [Nov 30, 2021 at 6:12:27 PM]: just a quick one. whats ya date of birth? im putting u as a witness for my trans form, 2022, portrait of Lou Lou Sainsbury by Kari Rosenfeld, C-print. Courtesy: the artist and Gasworks, London; photograph: Andy Keate 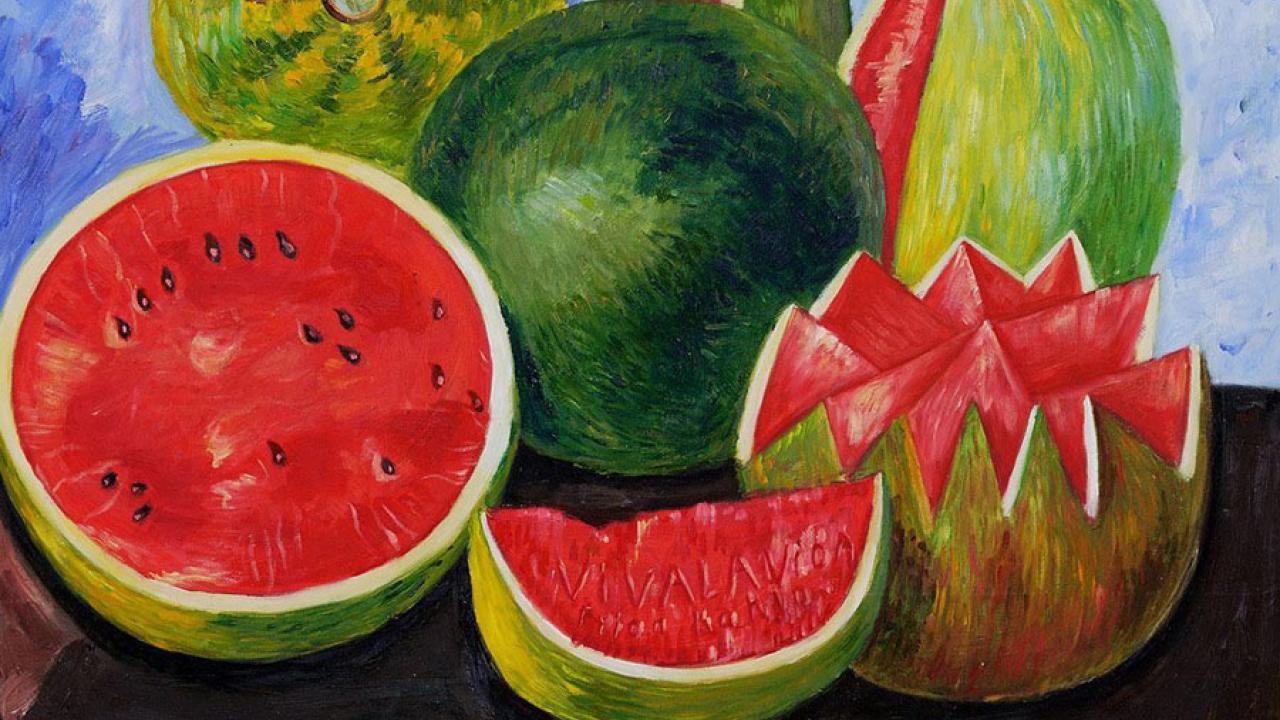